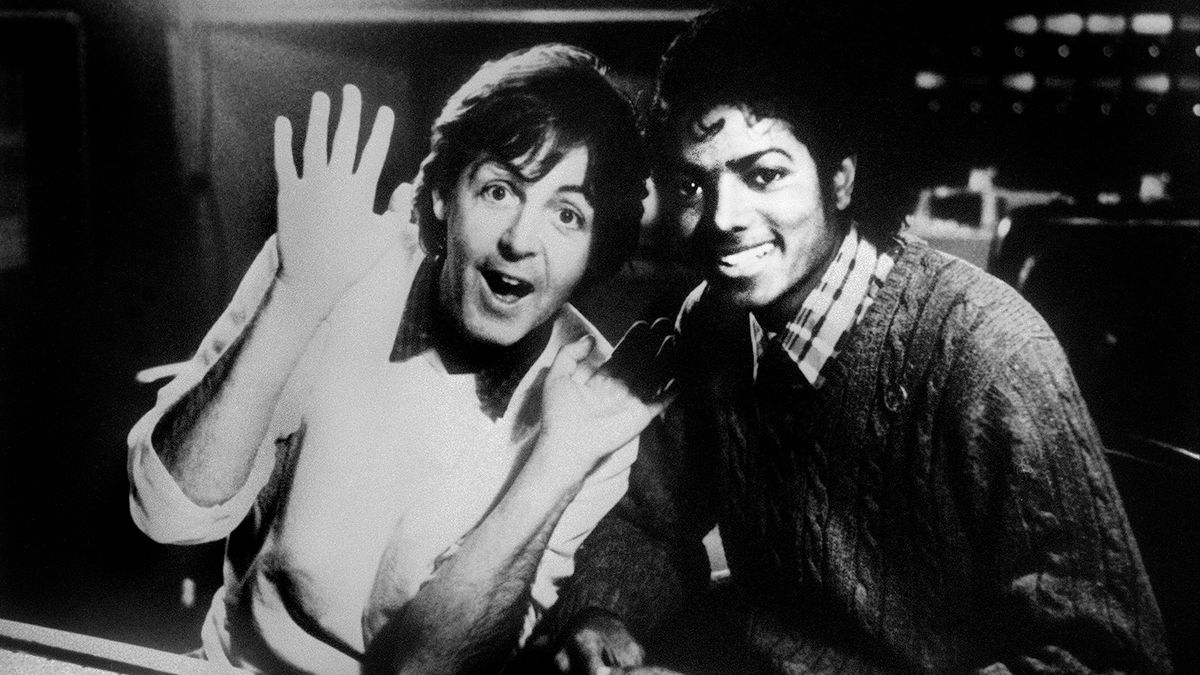 Offering helpful advice to a friend is often human nature at its best. When that advice comes back to bite the very person who offered it in the first place, well, it can be a cruel twist of fate.

Just ask Paul McCartney. The Beatles singer/songwriter found himself to be on the wrong end of the above scenario when words of wisdom he imparted to friend Michael Jackson came back to haunt him over rights to the Beatles song catalog, which Jackson would acquire in 1985.

McCartney and Jackson became friendly in the mid-1970s when they met to discuss possible songwriting collaborations. The two would eventually go on to have hits with the duets “The Girl Is Mine,” the lead single from Jackson’s hit album Thriller (1982), and “Say, Say, Say” that was featured on McCartney’s album Pipes of Peace (1983).

It was during this period of mutually advantageous collaboration that McCartney reportedly explained to Jackson just how lucrative music publishing rights could be, especially in light of the fact that in the late 1960s, McCartney had lost his stake in Northern Songs, the publishing company he set up with fellow Beatle John Lennon. Having penned many of The Beatles’ biggest hits, McCartney was understandably unhappy that he no longer received full and ongoing compensation from the catalog.

“Very early on we got managed into a little situation,” McCartney said about originally losing the rights during a 1989 interview. “It meant that whatever the lion’s share of the songs we did were taken by someone else.”

Perhaps in an effort to regain some territory in the equation, McCartney had begun to acquire the rights to other artist’s catalogs (including Buddy Holly’s) and explained to Jackson the advantages of owning the rights to music already beloved by the public. Taking the information to heart, Jackson used to joke to McCartney that one day he would own the former-Beatle’s songs. McCartney believed his friend to be joking, but in 1985 the joke became a reality and the friendship fractured.

Jackson paid $47.5 million to own the Beatles' catalog

By the mid-1980s the Beatles catalog had come under the ownership of company ATV, which was headed by Australian billionaire Robert Holmes a Court, who appeared ready to offload the prized collection to the highest bidder. ATV owned the rights to 251 Beatles songs, including “Hey Jude,” “Yesterday” and “Let It Be, as well as 4,000 other songs and a library of sound effects. Jackson instructed entertainment lawyer and manager John Branca to purchase the catalog on his behalf.

Branca reportedly approached McCartney and Lennon’s widow Yoko Ono to ascertain their plans, if any, regarding the proposed sale but was told neither would be bidding. In late 1984 Branca made an initial offer on behalf of Jackson to ATV of $30 million, which would eventually be increased to $46 million.

Negotiations stretched into the following year with Jackson and Holmes a Court moving towards and backing away from the deal numerous times, with Holmes a Court’s lawyers initially fearful that Jackson was bidding for his friend McCartney. While not the case, the negotiations continued until Jackson increased his bid to $47.5 million and on August 10, 1985, the deal was completed. 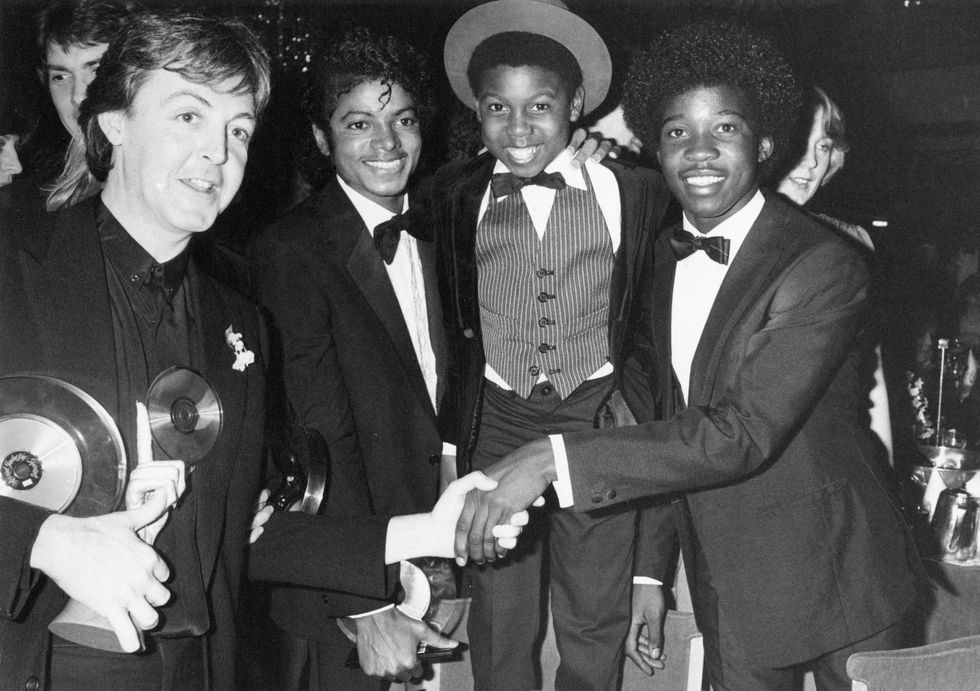 McCartney was not pleased. “I think it’s dodgy to do something like that,” he once said of the purchase. “To be someone’s friend, and then buy the rug they’re standing on.” The rift was so great that McCartney and Jackson barely spoke ever again. For his part, Jackson remained generally tight-lipped over the incident. “Paul and I both learned the hard way about business,” the King of Pop wrote in his 1988 autobiography Moonwalk, “and the importance of publishing and royalties and the dignity of songwriting.”

The purchase would go on to help Jackson maintain his already lavish lifestyle and by the late 1990s, McCartney believed it was time he received a raise for his part of the songwriting equation. “I wrote [Jackson] a couple of letters and I said, Michael, don’t you think that after 30 years of being successful to this company you now own, don’t you think I could have a raise?” McCartney told David Letterman in a 2009 interview. Jackson’s response to his request was: “Oh Paul, that’s just business."

McCartney did not like that Jackson 'commercialized' the Beatles' music

And business was what Jackson was all about when it came to his new acquisition. Beatles songs suddenly became fodder for commercials and advertisements, a lucrative move by Jackson that McCartney condemned in 1989. The Beatles had purposefully avoided such commercial use, McCartney said, even though they had had numerous offers. “It kind of spoils it. Just takes the edge off it. Our songs are tending to get a little commercialized now, which I’m not too wild on.”

A decade after the initial deal, Jackson sold 50 percent of ATV to Sony for $95 million, creating the music publishing company Sony/ATV that today owns rights of not only Beatles songs but others from artists such as Bob Dylan, Marvin Gaye, Lady Gaga, Taylor Swift, Hank Williams and Roy Orbison.

Despite reports, McCartney wasn't left the rights to the catalog after Jackson's death

Following Jackson’s untimely death in 2009 at age 50, McCartney talked of his admiration for the “Thriller” singer to Letterman, saying, “He was a lovely man. Massively talented and we miss him.” During the same interview McCartney admitted that after Jackson’s purchase of the catalog the once friendly duo “kind of drifted apart,” and that, despite rumors to the contrary, there had never been “a big bust-up.”

In the wake of Jackson’s death, rumors swirled that he would leave the rights to the catalog to McCartney in his will, a notion the former Beatle said he didn’t believe. “Some time ago, the media came up with the idea that Michael Jackson was going to leave his share in the Beatles’ songs to me in his will,” McCartney wrote on his website. “[It] was completely made up.”

Seven years after Jackson died, Sony/ATV agreed to pay $750 million to the late performer’s estate in order to buy out the remaining 50 percent stake in the company. The Beatles catalog alone has now been estimated to be worth in excess of $1 billion.

Following a lawsuit in US court in 2017, McCartney reached a settlement with Sony/ATV over copyright to the Beatles catalog under the US Copyright Act of 1976, which allows songwriters to reclaim copyright from music publishers 35 years after they gave them away. Details were not made public with a lawyer for McCartney informing the judge that the two sides “have resolved this matter by entering into a confidential settlement agreement.”