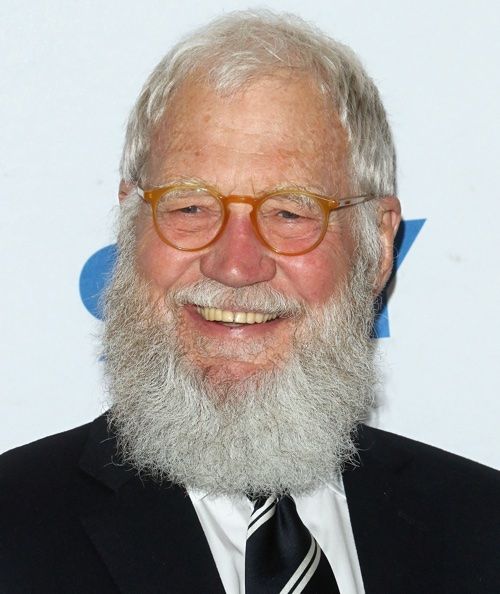 Who Is David Letterman?

Born on April 12, 1947, in Indianapolis, Indiana, David Letterman's big break came when he began appearing on The Tonight Show with Johnny Carson. He was eventually offered his own program, Late Night with David Letterman, on which he featured such popular segments as Stupid Pet Tricks. When NBC gave Carson's spot to Jay Leno in 1992, Letterman moved to CBS to host Late Show for the next two-plus decades. Following a hiatus, the funnyman returned to hosting with My Next Guest Needs No Introduction in early 2018.

Television personality and talk show host David Letterman was born on April 12, 1947, in Indianapolis, Indiana, to Harry Joseph Letterman, a florist, and Dorothy, a church secretary who appeared regularly as a correspondent on his late-night talk show. He has two sisters, Janice and Gretchen.

Letterman is best known for his gap-toothed self-mockery, and his brash, wry, somewhat cynical sense of humor. His unconventional demeanor and sense of humor attracted a cult following, which has gone on to inspire countless comedians and talk show hosts who have followed him.

Letterman studied radio and television at Ball State University, in Muncie, Indiana (B.A.,1969). He worked in Indianapolis as a radio talk-show host, the host of a children's program and a late-night movie show, a news anchor and as a television weatherman, where his brand of humor was already evident, if not necessarily appreciated. One night he reportedly upset his bosses when he congratulated a tropical storm on being upgraded to a hurricane.

In 1975, Letterman moved to Los Angeles and wrote material for popular sitcoms, including Good Times. His big break came when he began appearing on The Tonight Show with Johnny Carson, whom he has since referred to as his mentor. In 1978, he became Carson's regular guest host, and in 1980, he was offered his own daytime show, the David Letterman Show. The show only lasted for three months, but was a critical success, and convinced NBC-TV to give the young comedian a late-night show following Carson's The Tonight Show.

The late-late show hour was well-suited to Letterman's brash and quirky humor. Late Night with David Letterman soon became popular with a young audience by mixing the usual talk-show ingredients of celebrity guests and music with his irreverent manner and zany comic stunts.

Letterman's signature features included The Top Ten List, Stupid Pet Tricks (along with its companion, Stupid Human Tricks), Viewer Mail and pencils tossed at the camera and at the set behind him, "breaking" the non-existent glass with a cued crash sound. He also became known for his parody sketches that targeted the obviously weak acting abilities of his bandleader, Paul Shaffer (and other members of The World's Most Dangerous Band), stagehand Biff Henderson and general oddball Larry "Bud" Melman.

After NBC chose Jay Leno as the replacement for the retiring Johnny Carson in 1992 — a position Letterman had publicly desired — Letterman moved to CBS. He signed a lucrative deal to host Late Show with David Letterman, which aired opposite The Tonight Show with Jay Leno. He also founded his own production company, Worldwide Pants, that same year, which bought a stake in his new show.

His displeasure with NBC executives was fodder for his monologues, and when they blocked him from transferring regular features of his show to CBS (claiming it was NBC's "intellectual property") that, too, was mocked on air. The years that followed this head-to-head competition spawned a book and cable movie documenting the late-night talk show "wars."

On January 14, 2000, Letterman had underwent emergency quintuple heart bypass surgery. In typical Letterman fashion, the recovering patient joked that "in addition to rerouting the arteries, they also installed an E-Z pass." Letterman's first post-op show aired on February 21, 2000, featuring Regis Philbin, Jerry Seinfeld, Robin Williams (wearing medical scrubs) and eight members of the team who took care of Letterman during his stay in the hospital.

Successes and End of 'Late Show'

In December 2006, Letterman renewed his contract with CBS, agreeing to host Late Show with David Letterman through the fall of 2010. In 2007, he was ranked as No. 17 on the Forbes list of richest men in the entertainment industry, making an estimated $40 million that year. In 2009, Forbes also listed Letterman as No. 14 on its list of most powerful personalities in entertainment.

The magazine cited Letterman's Peabody Award-winning company, Worldwide Pants, as one of the secrets behind his wealth and power; in addition to Letterman's show, the company produced successful comedies such as Everybody Loves Raymond and The Late Late Show with Craig Ferguson.

In October 2017, Letterman was awarded the Mark Twain Prize for American Humor which "recognizes people who have had an impact on American society in ways similar to the distinguished 19th century novelist and essayist best known as Mark Twain."

Netflix Show: 'My Next Guest Needs No Introduction'

Two years after his retirement, the longtime host announced his return to television in a new talk show series on Netflix, titled My Next Guest Needs No Introduction with David Letterman. "I feel excited and lucky to be working on this project for Netflix," he said in a statement. "Here's what I have learned, if you retire to spend more time with your family, check with your family first. Thanks for watching, drive safely."

With musical contributions from his old bandleader, Shaffer, and sporting a massive gray beard, Letterman debuted My Next Guest Needs No Introduction on January 12, 2018, with former President Barack Obama as his first guest. Following its six-episode first season, season 2 arrived in May 2019.

Letterman is known for successfully keeping his romantic and private life under tight wraps from the media. He was married to Michele Cook from 1969-'77, after which he was romantically linked to comedienne/writer Merrill Markoe. He then began a relationship with production manager Regina Lasko in the mid '80s.

Letterman and Lasko celebrated the birth of their son in 2003, and named him after the TV host's father, Harry Joseph Letterman. On March 19, 2009, the couple wed in a private courthouse ceremony in Choteau, Montana, and Letterman announced his nuptials during the taping of his March 23rd show.

Only months later, their relationship was rocked by a cheating scandal. On October 1, 2009, Letterman announced on his show that he was the victim of an extortion attempt related to his infidelity. That day, Robert "Joe" Halderman, a CBS News producer and boyfriend of Letterman's longtime assistant Stephanie Birkitt, was arrested for allegedly trying to extort $2 million from Letterman by threatening to expose his affair with Birkitt. In 2010, Halderman pleaded guilty to attempted grand larceny and was sentenced to six months in jail, but was released after four months.

After news of the scandal broke, Letterman also apologized to his wife on-air: “She has been horribly hurt by my behavior, and when something happens like that, if you hurt a person and it's your responsibility, you try to fix it."

The couple reconciled and now resides with their son on a 108-acre estate in North Salem, New York.