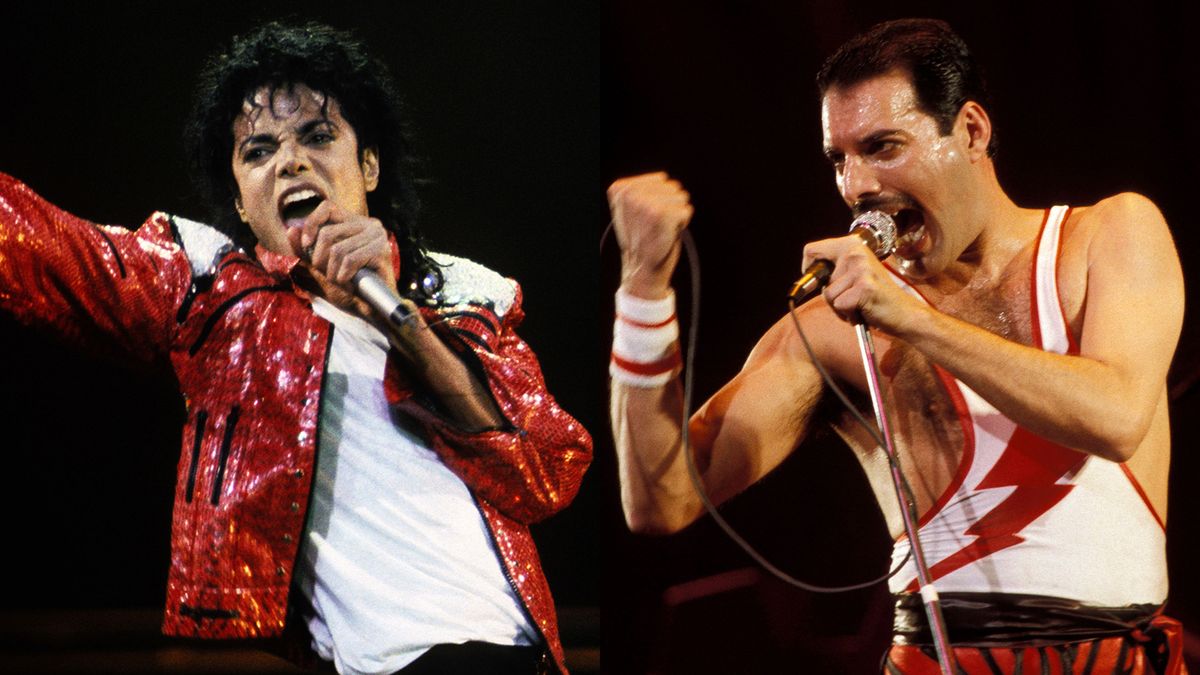 One was the engagingly versatile frontman of one of the greatest rock bands of all time. The other became known as the King of Pop, releasing one of the best-selling albums in history. And together, they had plans to work together on a project that had the potential to become the ultimate collaboration in music history.

Queen’s Freddie Mercury had been soaring on an extreme level of success since the band released its first album in 1973. Known for his penchant to transcend genres — ranging from rock and pop to opera and disco — he had the utmost respect for Michael Jackson, who was at the height of his own reign with 1982’s Thriller.

The two also shared a mastery of showmanship, along with unapologetic confidence, as shown in their music videos, like Queen’s “Bohemian Rhapsody” and Jackson’s “Thriller,” and their stage performances, like Mercury’s historic showing at 1985’s Live Aid and MJ’s 1993 Super Bowl halftime show.

But the brewing anticipation of a joint collaboration never came to fruition during their lifetimes, as Mercury died of complications from AIDS in 1991 and Jackson from cardiac arrest from a lethal overdose of prescription drugs in 2009.

Jackson boasted he was a 'Freddie Mercury fan'

The two first met when Jackson would show up to Mercury’s concerts with fellow bandmates Roger Taylor, Brian May and John Deacon as Queen.

"In the early days, three, four years ago, he used to come and see our shows at The Forum in L.A., and I guess he liked us and so I got to meet him,” Mercury told music journalist Lisa Robinson in a 1983 interview. “He kept coming to see us and then we started talking and, in those days, I think he would actually go out. He’d go out and have dinners. I remember going to dinner with him.”

The friendship and mutual admiration continued and was documented in a 1983 Rolling Stone story during one of Jackson’s backstage visits to see Queen. When a reporter asked Jackson, “Can I tell my viewers that Michael Jackson is a Queen fan?” he replied back, “I’m a Freddie Mercury fan.”

The story continued documenting their interactions: “The band is merry. Michael is shy, standing quietly at the door until Freddie spots him and leaps up to gather him in a hug. Freddie invited Michael. He has been calling all week, mainly about the possibility of their working together.”

“The two have been friendly since Michael listened to the material Queen had recorded for The Game and insisted that the single had to be ‘Another One Bites the Dust,’” the Rolling Stone piece continues, adding that Jackson then said, “Now, he listens to me, right Freddie?” with Mercury answering, “Righto, little brother.”

READ MORE: Freddie Mercury Was Part of Brian May and Roger Taylor's Entourage Before Forming Queen

Mercury and Jackson did move forward with the collaboration by starting with songs that were for an upcoming Jacksons album, according to Rolling Stone in 1983, while a later story said it was for Queen’s Hot Space album. Other sources say it was meant to be an album of duets.

Whatever the songs were meant for, the two definitely began work on demos for three tracks in Jackson’s home studio in 1983: “There Must Be More to Life Than This,” “State of Shock” and “Victory.”

“They were great songs, but the problem was time, as we were both very busy at that period,” Mercury later recalled in Mercury: An Intimate Biography of Freddie Mercury.

But time wasn’t the only factor that got in the way.

Queen’s manager Jim “Miami” Beach, remembers getting a frantic call from Mercury during the sessions. “Freddie said, ‘You have to get me out of the studio’,” Beach said on the documentary The Great Pretender. When the manager asked why, Mercury reportedly said, “Because I’m recording with a llama. Michael’s bringing his pet llama into the studio every day and I’m really not used to it and I’ve had enough and I want to get out.”

Other reports say that Jackson wasn’t pleased with Mercury’s reported use of cocaine in Jackson’s home. (Elton John also confirmed Mercury’s tendency for drug use, admitting, “Freddie Mercury could out-party me, which is saying something. We’d be up for nights, sitting there at 11 in the morning, still flying high.”)

The Mercury-Jackson songs were eventually re-recorded

While the three songs they worked on may not have ever been released the way they originally intended, their joint work did eventually get heard.

“State of Shock” was re-recorded by the Jacksons and Mick Jagger and released as a single in 1984 — and Jagger ironically later performed it with Tina Turner at the very Live Aid concert Mercury made such a statement at.

Even though they had recorded “There Must Be More to Life Than This” as a duet, Mercury reworked it into a one-man piece for his only solo album, Mr. Bad Guy, released in 1985.

But more than three decades after the recording sessions, a joint version was released on Queen’s 2014 compilation album Queen Forever, produced by William Orbit, who had also worked on Madonna’s hits.

“When I first played it in my studio, I opened a trove of delights provided by the greatest of musicians,” Orbit said, according to Rolling Stone. “Hearing Michael Jackson’s vocals was stirring. So vivid, so cool, and poignant, it was like he was in the studio singing live. With Freddie’s vocal solo on the mixing desk, my appreciation for his gift was taken to an even higher level.”

While their musical legacies remain somewhat intertwined, their personal friendship ended up waning. “I think he now just stays at home. He doesn’t like coming out at all,” Mercury also said in the interview with Robinson. “He says whatever he wants, he can get at home. Anything he wants, he just buys it.”

And that kind of lifestyle just wasn’t for Mercury: “That’s not me, but that’s his bag. I wouldn’t do that. I would be bored to death. I go out every night. I hate staying in one room for too long anyway. I would just like to keep moving. Just an individual approach.” 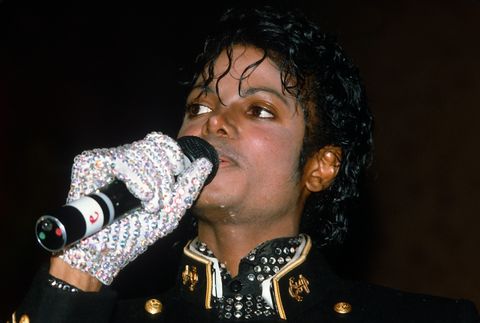