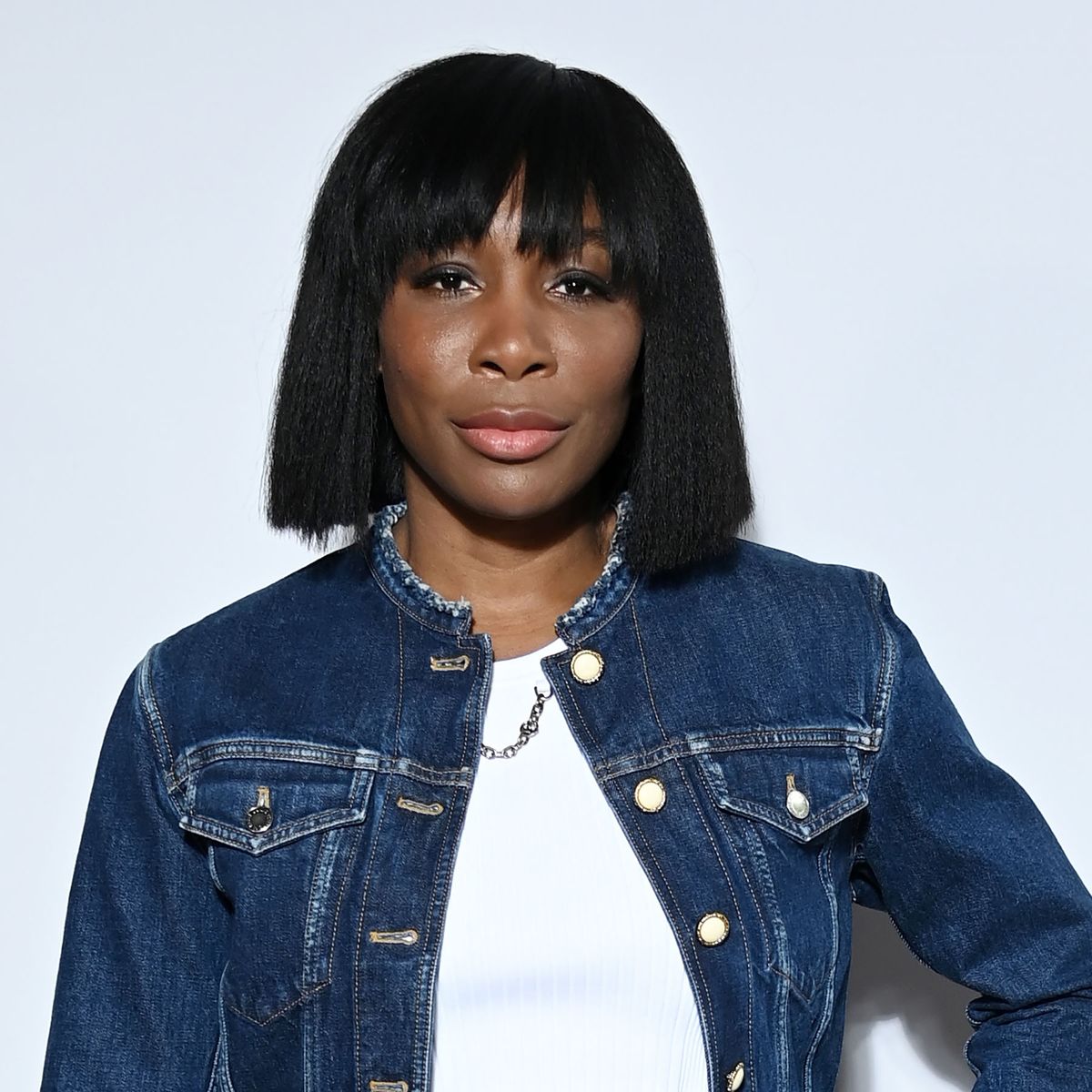 Who Is Venus Williams?

Venus Williams learned to play tennis on the public courts of Los Angeles. After turning professional in 1994, she won seven Grand Slam titles and an Olympic gold medal in singles play. She also teamed up with sister Serena Williams to win several doubles championships, boosting her victory total even after being diagnosed with an autoimmune disease in 2011.

Venus Ebony Starr Williams was born on June 17, 1980, in Lynwood, California to Richard and Oracene Williams. One of Richard's five daughters, Venus, along with her younger sister, Serena, has redefined women's tennis with her strength and superb athleticism. Since turning pro in 1994, Williams has captured seven Grand Slam titles, including five Wimbledon championships. Williams was introduced to tennis by her father Richard Williams on the public courts in Los Angeles, not far from the family's home in Compton. A former sharecropper from Louisiana, Richard Williams used what he'd gleaned from books and videos to instruct his daughters on the game.

By the age of 10, Williams' serve topped 100 miles per hour, a weapon she used to go 63-0 on the United States Tennis Association junior tour. On October 31, 1994, she turned pro. She proved she was more than ready for this when, in her first match, she beat No. 50-seeded Shaun Stafford at the Bank of the West Classic in California. It was a momentous occasion for the Williams family. Richard, in particular, wasn't afraid to let the tennis world know that his girls were going to change the game. "That's one for the ghetto!" he shouted out at the press conference following Williams' victory.

In 1997, Williams became the first unseeded U.S. Open women's finalist in the Open era. She lost to Martina Hingis. In 2000, she won both Wimbledon and the U.S. Open, paving the way for her to ink a $40 million contract with Reebok. She then went out and defended her titles in 2001.

At the 2000 Olympic Games in Sydney, Australia, Williams captured the gold medal in the singles competition, and then took a second one with Serena in the doubles event. The sisters have credited the other with pushing them in tennis, both as teammates and as competitors. Together, the pair have won 13 Grand Slam doubles titles and have squared off more than 20 times, including the finals of eight Grand Slam tournaments.

Williams competed in only a handful of tournaments in 2006 due to a lingering wrist injury, but she returned to form in 2007, winning the singles title at Wimbledon. She repeated the victory a year later, when she defeated Serena for a fifth career Wimbledon championship. A few months later, the Williams sisters teamed up to capture the doubles title at the 2008 Beijing Olympic Games.

In 2011 Williams was diagnosed with Sjogren's syndrome, an autoimmune disease that left her easily fatigued and sore. She switched to a vegan diet and altered her training schedule to allow for more recovery days, a method that proved successful when she and Serena claimed their 13th Grand Slam doubles title at Wimbledon in 2012.

The sisters went on to defeat Czech Republic tennis stars Andrea Hlavackova and Lucie Hradecka in the doubles final at the 2012 London Olympic Games, giving them both a total of four Olympic gold medals. That fall, Williams won her first WTA singles title in more than two years.

Williams demonstrated she could still overwhelm opponents by reaching the finals of the Rogers Cup and the Coupe Banque Nationale in 2014. In early 2015, she claimed her 46th career singles title by defeating top-seeded Caroline Wozniacki at the ASB Classic.

That summer, the veteran star advanced to the fourth round at Wimbledon, her strongest showing at the tournament since 2011, before losing to Serena on Centre Court. Williams then powered into the quarterfinals of the U.S. Open, but again was unable to get past her sister in a tense three-set loss.

The following year at Wimbledon, the 36-year-old Williams became the oldest women's Grand Slam semifinalist since Martina Navratilova in 1994, before suffering a loss to Angelique Kerber. She then successfully teamed up with Serena to win the doubles title, their sixth together at Wimbledon.

In a shocking upset, Williams and Serena were bounced out of the first round of women's doubles at the Rio Olympics by Czech duo Lucie Safarova and Barbora Strycova. The top-seeded sisters had entered the match with a perfect 15-0 Olympic record as a duo.

Having also lost in the first round of singles play, Williams sought to salvage her Olympic experience with a late entry into the mixed-doubles competition. However, her bid for a fifth overall Olympic gold medal fell short when she and partner Rajeev Ram were upset by Bethanie Mattek-Sands and Jack Sock in the final.

Williams opened 2017 with a run to the Australian Open final, her first final-round appearance since Wimbledon in 2009, before losing a hard-fought match to Serena. She then made another surprise surge to the Wimbledon final, where she was defeated by Garbiñe Muguruza, and advanced to the semifinals of the U.S. Open. After falling just short of the prize at the WTA Finals, she finished the year ranked a lofty No. 5 in the world.

Williams was unable to carry that stellar form into 2018, however, as she was upset in the first round of both the Australian and French Opens. That summer, she lost to Serena in the third round of the U.S. Open, the earliest matchup between the sisters at a major tournament since the 1998 Australian Open.

Williams continues to compete, although her ranking has dropped. At age 39, she was the oldest player to enter the 2019 Wimbledon field, and she subsequently lost her only match to the youngest, 15-year-old American Cori Gauff.

Off the court, Williams has cultivated a varied number of interests. She's pursued art classes, and earned a certificate in interior design. She has started a clothing line called EleVen, as well as a collection of women's apparel for Wilson's Leather.

In addition, she has launched her own interior design company, V*Starr Interiors, which works on residential projects throughout the country.

In 2009, Venus and Serena became the first African American women to buy shares of an NFL team when they joined the ownership group of the Miami Dolphins. The following year, Venus co-authored the New York Times bestseller Come To Win: Business Leaders, Artists, Doctors, and Other Visionaries on How Sports Can Help You Top Your Profession, in which she interviewed such successful individuals as Richard Branson and Condoleezza Rice about their early athletic experiences.

The tennis champion has also been active in a number of social causes, including working closely with UNESCO on promoting gender equality throughout the world.