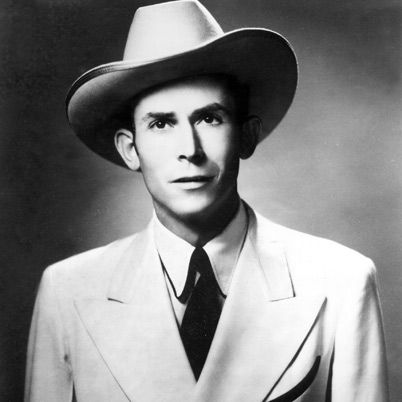 Who Was Hank Williams?

Hank Williams is considered one of the most popular American country music singer/songwriters with songs like "Cold, Cold Heart," "Your Cheatin' Heart," "Hey, Good Lookin'" and "I'll Never Get Out of This World Alive." He died of a heart attack at the age of 29 in 1953 in the backseat of his Cadillac.

Widely considered country music's first superstar, Hiram "Hank" Williams was born September 17, 1923, in Mount Olive, Alabama. Cut from rural stock, Williams, the third child of Lon and Lillie Williams, grew up in a household that never had much money. His father worked as a logger before entering the Veterans Administration hospital when young Hank was just six. Father and son rarely saw each other over the next decade, with Williams' mother, who ran rooming houses, moving the family to Greenville and later Montgomery, Alabama.

His childhood was also shaped by his spinal condition, spina bifida, which set him apart from other kids his age and fostered a sense of separation from the world around him.

The world he seemed to identify most with was the musical sounds that poured out of the radio and emanated from church choirs. A quick study, Williams learned how to play folk, country and, thanks to an African-American street musician named Rufus Payne, the blues.

By the time he'd moved with his mother to Montgomery in 1937, Williams' music career was already in motion. Picking up the guitar for the first time at the age of eight, Williams was just 13 when he made his radio debut. A year later he was entering talent shows and had his own band, Hank Williams and his Drifting Cowboys.

In full support of Williams' musical aspirations was his mother, Lillie. She drove her son and his band to shows throughout southern Alabama. By the early 1940s, he'd caught the attention of music executives in Nashville.

But coupled with Williams' obvious talents as a singer and songwriter was an increasing dependence on alcohol, which he'd started abusing in order to relieve his sometimes excruciating back pain. As a result, he was not considered a reliable performer.

Williams' personal life took a major turn in 1943 when he met Audrey Mae Sheppard, who was the mother of a young daughter and had only recently left a messy marriage. Under Williams' guidance, Sheppard started playing bass and began performing in his band.

Sheppard, it seems, was extremely eager to make a mark in show business and, despite her obviously limited talent, pushed her husband to let her sing. In addition, her relationship with Williams' mom proved complicated. The two were often rivals for Williams' time and attention.

In 1946, Williams traveled to Nashville to meet with music publisher Fred Rose and the Acuff-Rose Publications company. What began with Williams writing material for singer Molly O'Day eventually gave way to a record contract with the recently created MGM label.

A year after first meeting with Rose, Williams had his first hit, "Move It On Over." In April 1948, he scored a second Billboard success with "Honky Tonkin.'"

But along with this early success came increased erratic behavior from Williams, who often showed up at live performances drunk. For a time his relationship with Fred Rose deteriorated, but the two were able to mend fences, paving the way for Williams to become a regular on the "Louisiana Hayride," a regular Saturday night performance hosted by a radio station in Shreveport.

The performances greatly increased Williams' name recognition, but he still lacked a number one hit. That all changed in 1949 with the release of "Lovesick Blues," a throwaway rendition of an old show tune he'd pushed to tape at the end of a recording session.

The song resonated with music fans, as well as executives at the Grand Ole Opry in Nashville, who invited Williams to perform.

In ways that must have seemed unimaginable to this poor country boy, Williams' life quickly changed. His stardom put money in his pocket and gave him the kind of creative freedom artists long for. Over the next several years he churned out a number of other big hits, including "Cold, Cold Heart," "Your Cheatin' Heart," "Hey Good Lookin'," "Lost Highway," and I'll Never Get Out of This World Alive." He also wrote a number of religious songs under the pseudonym Luke the Drifter.

As the titles of some of Williams' songs suggest, heartbreak and turmoil were never that far from his life. As his success deepened, so did Williams' dependence on alcohol and morphine. The Opry eventually fired him, and in 1952, he and Sheppard divorced.

His physical appearance diminished, too. His hair began falling out, and he put on 30 extra pounds. In late 1951, he suffered a minor heart attack while visiting his sister in Florida.

A little more than a year later, on December 30, 1952, Williams, newly married to a younger woman named Billie Jean, left his mother's home in Montgomery for Charlestown, West Virginia. Liquored up and abusing morphine, he collapsed in a hotel room in Knoxville, Tennessee. A doctor was called to examine him. Despite his physical failings, Williams was cleared for more travel.

On New Year's Day 1953, he took his seat in the back of his 1952 powder blue Cadillac. As his driver, college student Charles Carr, barreled toward a concert venue in Canton, Ohio, Williams' health took a turn for the worse. Finally, after not hearing from the singer for two solid hours, the driver pulled the car over in Oak Hill, West Virginia, at 5:30 in the morning. Williams was pronounced dead a short while later.

His passing did not bring about the end to his stardom, however. It could be argued, in fact, that his early death only enhanced his legend. If Williams had lived, it's not entirely certain that the Nashville music community, so eager to shed its hillbilly roots, would have continued to embrace Williams' music. In the years since his death, Williams' impact has only grown, with artists as varied as Perry Como, Dinah Washington, Norah Jones and Bob Dylan all covering his work.

As if straight out of a country song, it was revealed decades later that Williams had fathered a daughter, Jett, who was born shortly after his death. The identity of her famous father remained a mystery to her until her early twenties. Jett, whose legal name is Cathy Deupree Adkinson, was raised by Williams' mother for two years until she died. Jett was then legally adopted. Since the revelation of her famous father, she initiated legal claims to his estate and battled her half-brother, who refused to acknowledge her for a long time.

In 1989, the Alabama State Supreme Court ultimately ruled in her favor and found her to be an equal heir, after an old document was recovered that showed Williams and Jett's mother had signed a shared custody agreement.

In regards to her half-brother and where they stand today, Jett said: “As far as having a personal relationship, we don’t have like a brother-sister relationship, but we do get along; we do business and I think the world does realize that both of us have our dad’s best interest at heart.”

Williams was among the first class of artists inducted into the Country Music Hall of Fame in 1961, and in 2010, the Pulitzer Board awarded him a special citation for songwriting. His life and career were the subject of I Saw the Light, a 2015 biopic, starring Tom Hiddleston as Williams and Elizabeth Olsen as his first wife, Audrey.

His life and music received a fresh look in 2019 with Ken Burns' 16-hour documentary, Country Music, which prominently featured the icon in an episode titled "The Hillbilly Shakespeare."

Williams remains a beloved albeit tragic figure in country music and his work continues to influence musicians to this day.