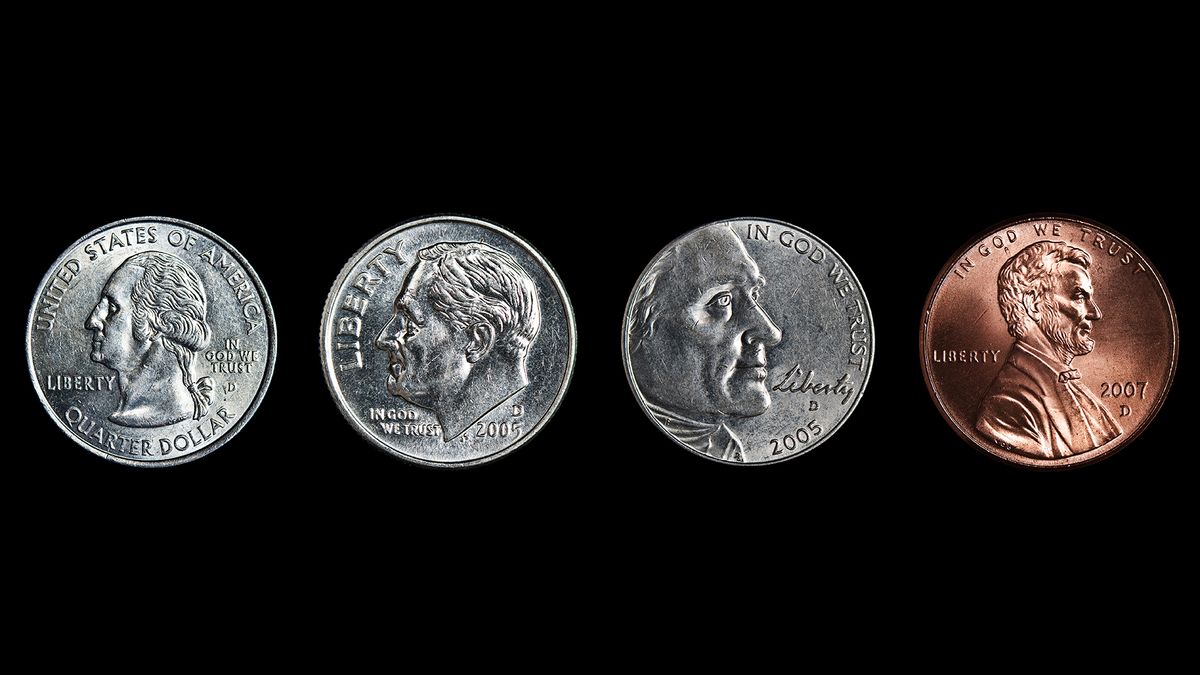 The history of U.S. currency and the many distinguished individuals that have been featured on them is a long and winding road that perhaps only a numismatist (a person who studies or collects currency) would be willing to travel down.

The United States dollar was created as the official U.S. currency in April 1792. With the country ever-evolving, the general public has taken interest on the people they'd like to see represented on their money. New designs are being considered for U.S. coins and paper bills to represent a wider breadth of historical symbols and figures that have helped define America.

While Harriet Tubman's portrait is set to be the new face of the $20 bill (a decision that won't happen until 2028), other possible currency changes include gold and silver coins of the American bald eagle as well as images of Martin Luther King Jr.'s "I Have a Dream" speech, Marian Anderson's 1939 opera concert and a portrait of Eleanor Roosevelt on the reverse side of the new $5 bill. The Treasury also announced suffragists Lucretia Mott, Sojourner Truth and Susan B. Anthony are expected to be featured on the reverse side of the $10 bill.

Whether some or all of these changes take place, we've assembled a rundown of the people and unique features that represent our U.S. currency as of 2019 — from the penny to the $100 bill. 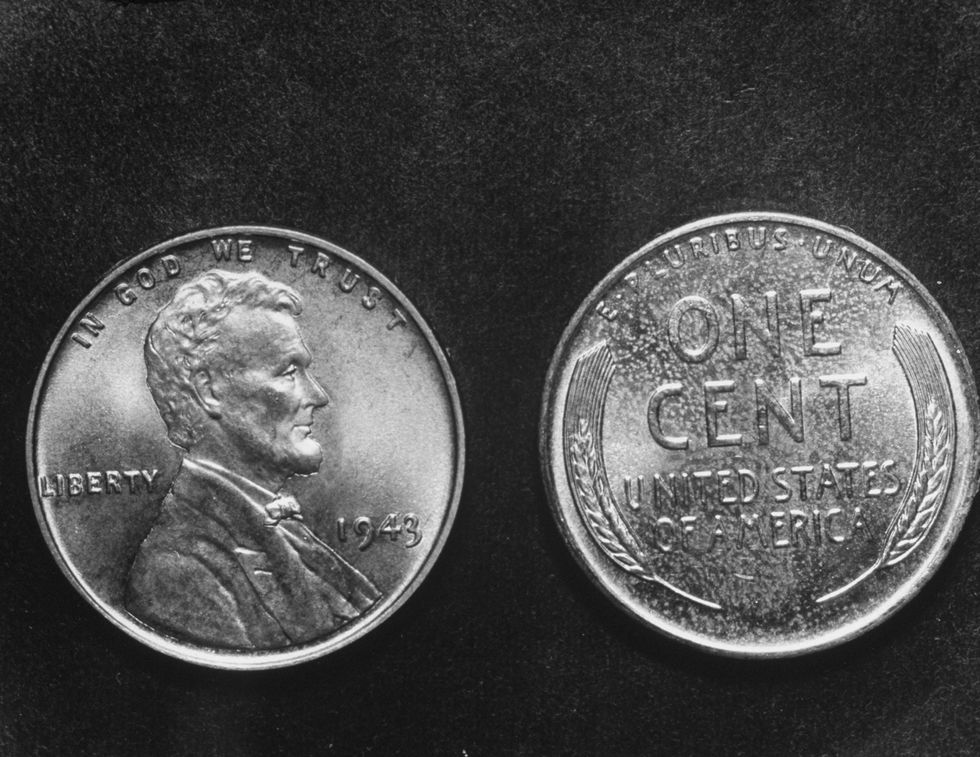 In honor of President Abraham Lincoln's birth centennial, the Lincoln penny was produced and issued out in 1909. Designed by Victor David Brenner, it was the first coin that presented a portrait and the first that included the motto "In God We Trust." On the reverse side, two wheat heads flank the denomination and the words "United States of America," while atop sits the Latin phrase "E Pluribus Unum," which translates as "One out of many." For no particular reason, the Lincoln portrait is the only presidential portrait that faces to the right on a coin.

As part of a competition held by the U.S. Mint, the Jefferson Nickel was designed by winner Felix Schlag and issued out 1938, replacing the Buffalo Nickel. From the time of its production to today, it continues to be one of the most popular coins in circulation. The obverse side shows Jefferson's portrait with the inscriptions "In God We Trust" and "Liberty" while the reverse is a portrait of his Monticello plantation, along with the inscriptions "E Pluribus Unum," "United States of America," and "Monticello," among other distinguishing characteristics.

In honor of FDR's passing in 1945, the Roosevelt dime was quickly secured and minted the following year, replacing the Mercury dime, which was in circulation since 1916. But despite the fact that Roosevelt led the nation through the Great Depression and most of World War II, the Roosevelt dime was actually issued in honor of his fight against polio — of which he was diagnosed in 1921 — and led to the founding of the March of Dimes. Designed by Chief Engraver John R. Sinnock, the Roosevelt dime featured the president's portrait with the word "Liberty" on the left and "In God We Trust" sitting below. The reverse side features a freedom torch surrounded by olive and oak branches, the symbols for peace and victory. Behind this is the phrase "E Pluribus Unum."

The Washington quarter dollar was minted in 1932 in celebration of the first president's 200th birthday. The bicentennial committee originally wanted a temporary Washington half dollar issued in place of the Walking Liberty half dollar, but once Congress got involved, it scrapped the half dollar plans and instead, requested the Washington quarter permanently replace the Standing Liberty quarter. Although the committee vied for sculptor Laura Gardin Fraser's design of Washington's portrait, Treasury Secretary Andrew W. Mellon ultimately got his wish and chose the design of sculptor John Flanagan.

On the obverse side, "United States of America" sits atop Washington's portrait, while the denomination is denoted below. Flanked to the left is the phrase "Liberty," while to the right sits "In God We Trust." Since 1999, the reverse side features the America the Beautiful Quarters series, which commemorates the 50 states, National Park sites and other U.S. jurisdictions.

Designed by Glenna Goodacre, the Sacagawea dollar coin, which shows the Native American carrying her infant son, Jean Baptiste, began circulating in 2000. The reverse side of the coin was designed by Thomas D. Rogers, Sr. and features a soaring American bald eagle. Although the dollar coin was minted as a "Golden Dollar," it doesn't actually contain any of the precious metal.

It wasn't until the Federal Reserve Act of 1913 that currency became standardized for the country's economic stability. By then much of the design components of the $1 bill were already set in place — its color, borders, phraseology — as they had long been in use. As one of the oldest U.S. currency designs still being used today, the $1 bill features an image of George Washington (based on Gilbert Stuart's Athenaeum Portrait) on the obverse, while the reverse shows the Great Seal of the United States. The design of the former was introduced in 1963, while the latter dates back to 1935 and was used primarily for the purpose of avoiding counterfeits. This front and back version was used when the $1 bill changed from being issued as a Silver Certificate to an official Federal Reserve Note.

Before Abraham Lincoln's portrait first debuted on the $5 bill in 1914, seven other men secured a transitory spot on the denomination, ranging from Alexander Hamilton and Chief Onepapa to James Garfield. Starting in 1928, Lincoln has been the face of the bill, which features the Lincoln Memorial on the reverse side. The bill's most current image of Lincoln is based on Mathew Brady's portrait of the president in 1864. In 2008 the $5 bill debuted its new high tech redesign. Its new front includes the use of the color purple, an imprint of The Great Seal of the United States to the right of Lincoln's face and a band of stars. On the back, the bold purple "5" watermark at the bottom right stands most conspicuously, along with a sprinkle of yellow 5s to the top right, among its security features.

Prior to Alexander Hamilton being featured on the $10 bill, a variety of notable figures predated his famous face, including politician Daniel Webster, explorers Meriwether Lewis and William Clark, and President Andrew Jackson. But starting in 1929, Hamilton became the statesman of choice, and the imprinted portrait you see of him today is based on a 1805 painting by John Trumbull. As the nation's first Treasury Secretary, Hamilton is one of two non-presidents to be featured on U.S. paper currency (the other is Benjamin Franklin).

While Hamilton's portrait is seen on the obverse, the reverse shows the U.S. Treasury Building. Although a great deal of new technology such as watermarks and color-shifting ink have been added to the $10 bill, the biggest announcement came in 2015, when it was announced that a female figure would replace Hamilton as the new face of the denomination in 2020. However, due to the popularity of Broadway's musical Hamilton, the government reversed its decision and has kept Hamilton on the bill.

For a man who wanted to abolish paper money, President Andrew Jackson would've found it quite ironic that his face sits on the $20 bill — let alone any bill for that matter. While he is seen on the denomination's front side, adorned with watermarks and green and peach hues, the White House is imprinted on the backside. In 2016 it was announced that Harriet Tubman would replace Jackson as the new face of the $20 bill starting in 2020, but Treasury Secretary Steve Mnuchin announced in 2018 that the decision would be halted until 2028 for security reasons. In January 2021, the Biden administration said it's "exploring ways to speed up" the release of the Tubman $20.

Starting in 1913, Civil War hero and 18th President of the U.S. Ulysses S. Grant has been the face of the $50 bill. While many wonder why Grant was chosen to be on this particular denomination, no one really knows the answer.

The reverse side of Grant's portrait features the U.S. Capitol, although earliest iterations included images of Panama, a merchant and a battleship. On both sides of the bill, blue and red colors have been added and microprinted words such as "Fifty" and "USA" surround Grant's face, along with a watermark of the American flag to the right of him.

Founding Father, inventor and diplomat Benjamin Franklin served under many titles, but U.S. president he was not. Still, along with Hamilton, Franklin was able to grace one of the most desirable of denominations despite never reaching the highest office in the land, starting in 1914. A massive redesign in 2009 resulted in Franklin's portrait featured to the left of a quill pen, inkwell and the Declaration of Independence, along with holographic watermarks and black-light technology. The reverse side presents an image of Independence Hall in Philadelphia — the first building outside of Washington D.C. to be seen on any denomination.