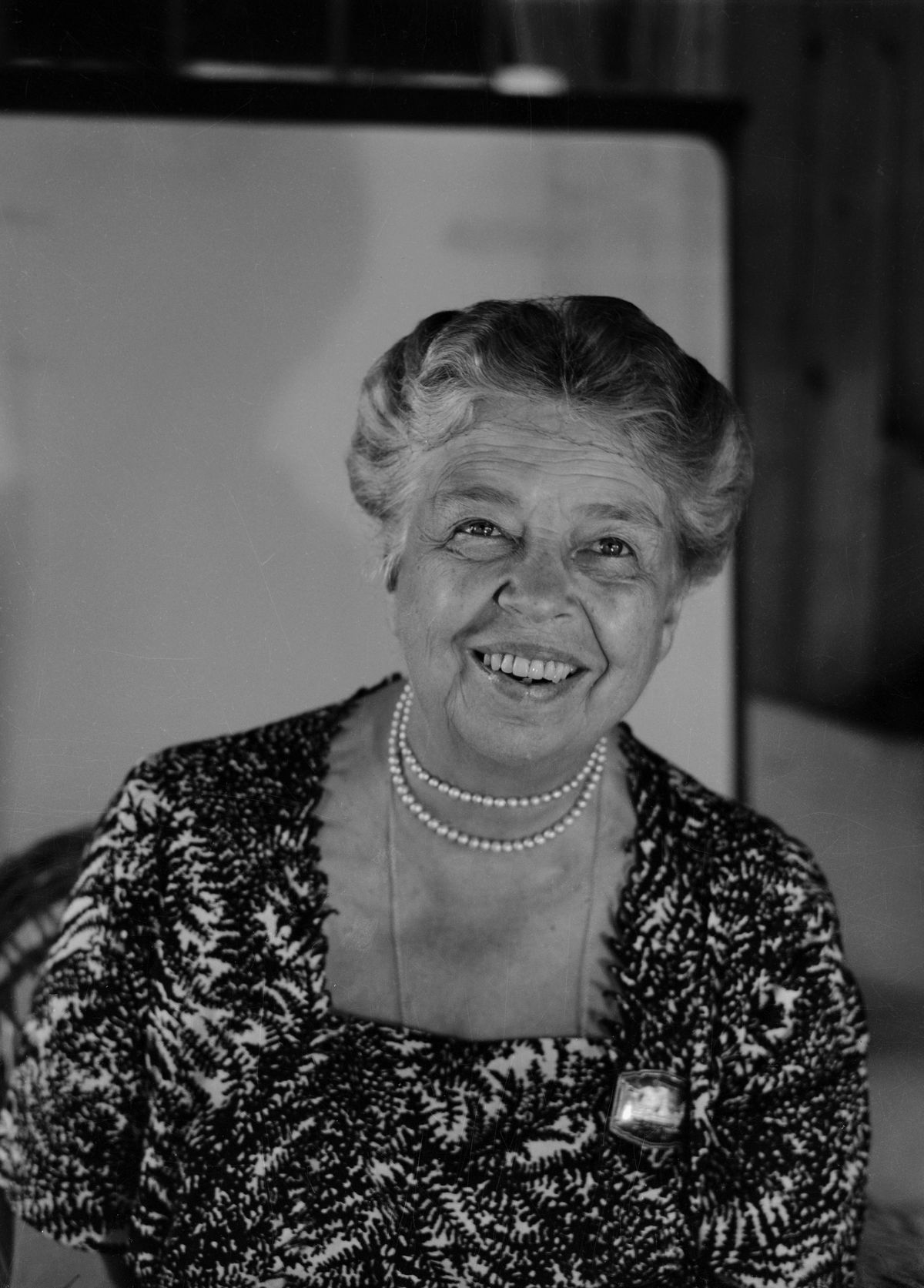 Who Was Eleanor Roosevelt?

Eleanor Roosevelt was the niece of one U.S. president, Theodore Roosevelt, and married a man who would become another, Franklin D. Roosevelt. Redefining the role of the first lady, she advocated for human and women's rights, held press conferences and penned her own column. After leaving the White House in 1945, Eleanor became chair of the U.N.'s Human Rights Commission. The groundbreaking first lady died in 1962 in New York City.

Anna Eleanor Roosevelt was born on October 11, 1884, in New York City. Known as a shy child, Eleanor experienced tremendous loss at a young age: Her mother died in 1892 and her father followed suit two years later, leading to her being placed under the care of her maternal grandmother.

Eleanor was sent to Allenswood Academy in London when she was a teenager — an experience that helped draw her out of her shell.

After Eleanor became reacquainted with her distant cousin Franklin in 1902, the two embarked on a clandestine relationship. They were engaged in 1903 and, over the objections of Franklin's mother, Sara, were married on March 17, 1905, a ceremony that featured Theodore walking his niece down the aisle. The couple went on to have six children: Anna, James, Franklin (who died as an infant), Elliott, Franklin Jr. and John.

As her husband achieved success in politics, Eleanor found her own voice in public service, working for the American Red Cross during World War I. She also exerted herself more prominently after Franklin suffered a polio attack in 1921 that essentially left him in need of physical assistance for the rest of his life.

When Franklin took office as president in 1933, Eleanor dramatically changed the role of the first lady. Not content to stay in the background and handle domestic matters, she gave press conferences and spoke out for human rights, children's causes and women's issues, working on behalf of the League of Women Voters.

Along with penning her own newspaper column, "My Day," Eleanor focused on helping the country's poor, stood against racial discrimination and, during World War II, traveled abroad to visit U.S. troops. She served in the role of first lady until Franklin Roosevelt's death on April 12, 1945.

Following her husband's passing, Eleanor told interviewers that she didn't have plans for continuing her public service. However, the opposite would actually prove to be true: President Harry Truman appointed Eleanor as a delegate to the United Nations General Assembly, a position in which she served from 1945 to 1953. She became chair of the U.N.'s Human Rights Commission and helped to write the Universal Declaration of Human Rights — an effort that she considered to be her greatest achievement.

President John F. Kennedy reappointed her to the United States delegation to the U.N. in 1961, and later named her to the National Advisory Committee of the Peace Corps and as chair of the President's Commission on the Status of Women.

Much has been made of the outside-the-marriage relationships cultivated by Franklin and Eleanor, both before and after they became nationally known figures. For her part, Eleanor was said to be enamored of her personal bodyguard, Earl Miller. Additionally, her fondness for journalist Lorena Hickok was something of an open secret, the two engaging in extensive correspondence that produced some 3,500 letters.

Eleanor died of aplastic anemia, tuberculosis and heart failure on November 7, 1962, at the age of 78. She was buried at the family estate in Hyde Park.

A revolutionary first lady, Eleanor was one of the most ambitious and outspoken women to ever live in the White House. Although she was both criticized and praised for her active role in public policy, she is remembered as a humanitarian who dedicated much of her life to fighting for political and social change, and as one of the first public officials to publicize important issues through the mass media.