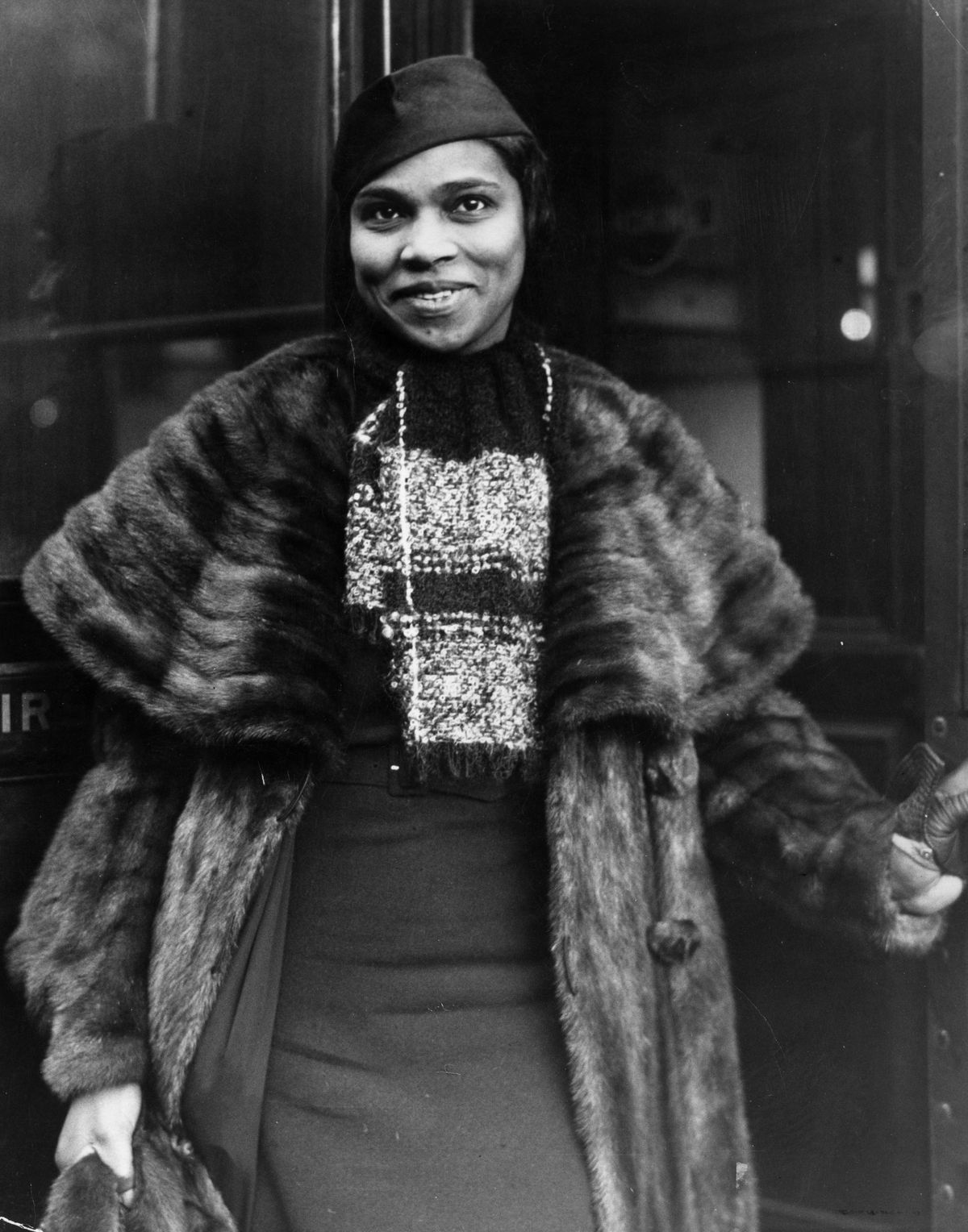 Who Was Marian Anderson?

Singer Marian Anderson displayed vocal talent as a child, but her family could not afford to pay for formal training. Members of her church congregation raised funds for her to attend a music school for a year, and in 1955 she became the first African American singer to perform as a member of the Metropolitan Opera in New York City.

Anderson was born on February 27, 1897, in Philadelphia, Pennsylvania.

The oldest of three girls, Anderson was just 6 years old when she became a choir member at the Union Baptist Church, where she earned the nickname "Baby Contralto." Her father, a coal and ice dealer, supported his daughter's musical interests and, when Anderson was eight, bought her a piano. With the family unable to afford lessons, the prodigious Anderson taught herself.

At the age of 12, Anderson's father died, leaving her mother to raise her three still-young girls. His death, however, did not slow down Anderson's musical ambitions. She remained deeply committed to her church and its choir and rehearsed all the parts (soprano, alto, tenor and bass) in front of her family until she had perfected them.

Anderson's commitment to her music and her range as a singer so impressed the rest of her choir that the church banded together and raised enough money, about $500, to pay for Anderson to train under Giuseppe Boghetti, a respected voice teacher.

Over her two years of studying with Boghetti, Anderson won a chance to sing at the Lewisohn Stadium in New York after entering a contest organized by the New York Philharmonic Society.

Other opportunities soon followed. In 1928, she performed at Carnegie Hall for the first time and eventually embarked on a tour through Europe thanks to a Julius Rosenwald scholarship.

By the late 1930s, Anderson's voice had made her famous on both sides of the Atlantic. In the United States, she was invited by President Franklin D. Roosevelt and his wife Eleanor to perform at the White House, the first African American ever to receive this honor.

Despite Anderson's success, not all of America was ready to receive her talent. In 1939, her manager tried to set up a performance for her at Washington, D.C.'s Constitution Hall. But the owners of the hall, the Daughters of the American Revolution, informed Anderson and her manager that no dates were available. That was far from the truth. The real reason for turning Anderson away lay in a policy put in place by the D.A.R. that committed the hall to being a place strictly for white performers.

When word leaked out to the public about what had happened, an uproar ensued, led in part by Eleanor Roosevelt, who invited Anderson to perform instead at the Lincoln Memorial on Easter Sunday. In front of a crowd of more than 75,000, Anderson offered up a riveting performance that was broadcast live for millions of radio listeners.

Over the next several decades of her life, Anderson's stature only grew. In 1961, she performed the national anthem at President John F. Kennedy's inauguration. Two years later, Kennedy honored the singer with the Presidential Medal of Freedom.

After retiring from performing in 1965, Anderson set up her life on her farm in Connecticut. In 1991, the music world honored her with a Grammy Award for Lifetime Achievement.

Her final years were spent in Portland, Oregon, where she'd moved in with her nephew. She died there of natural causes on April 8, 1993.