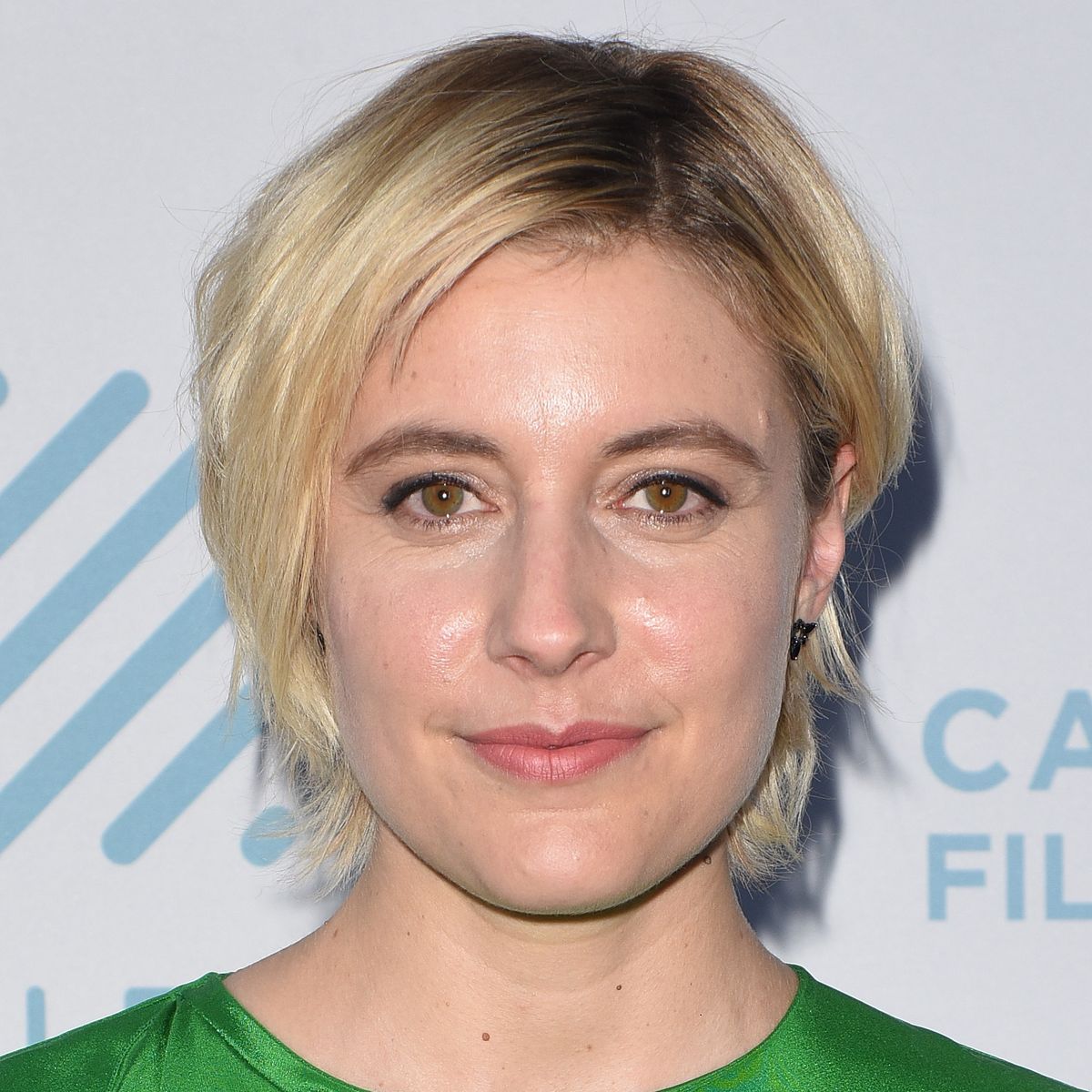 Who Is Greta Gerwig?

Greta Gerwig (born August 4, 1983) wrote and directed Lady Bird (2017), a film that garnered strong reviews and Oscar nominations for the first-time solo writer and director. She followed with another widely praised effort for her adaptation of Little Women (2019). Gerwig initially became known for acting in independent films before landing parts in more mainstream fare. She co-wrote and starred in the well-received Frances Ha (2013) and Mistress America (2015), and is romantically partnered with director Noah Baumbach. 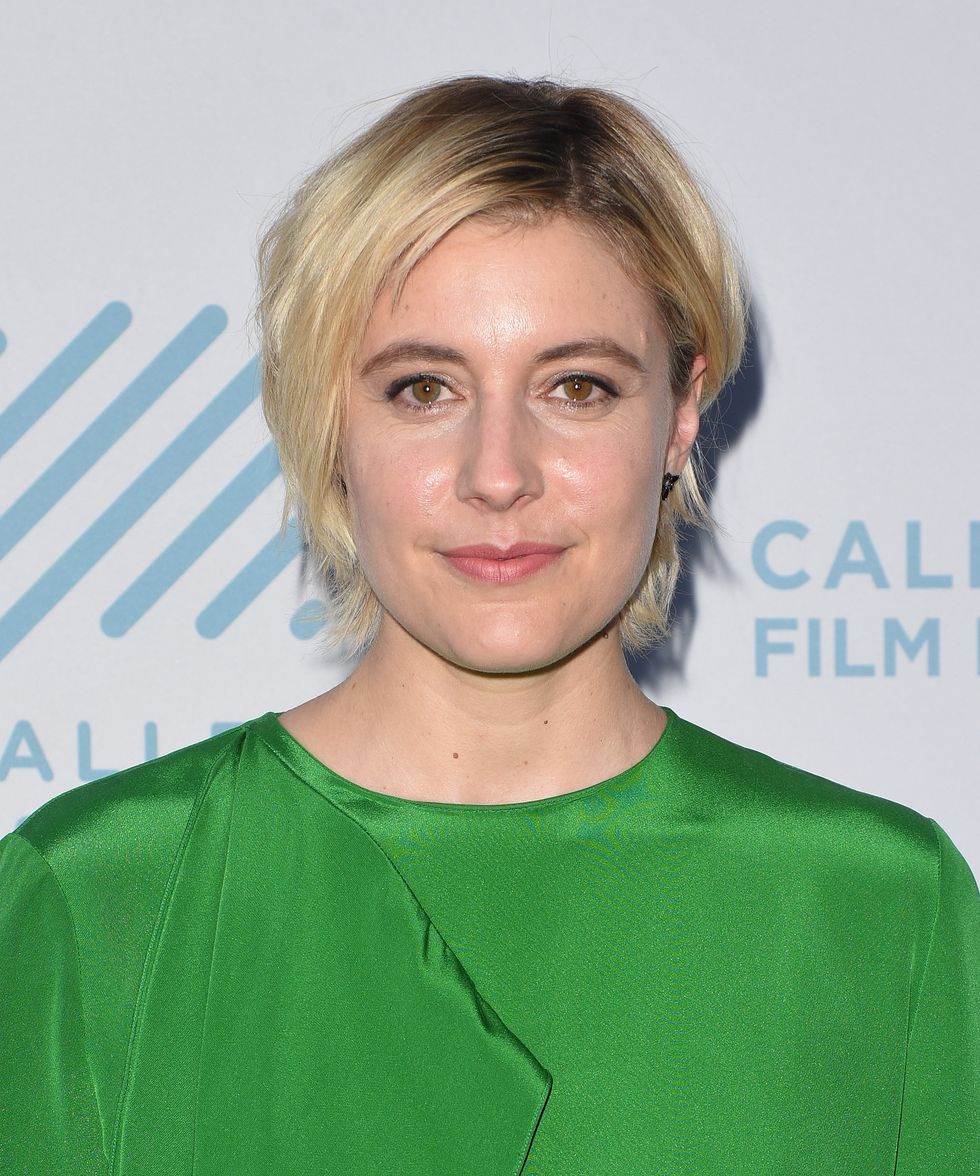 Greta Gerwig's 2017 film Lady Bird is about a year in the life of a high school senior in Sacramento who's dubbed herself "Lady Bird" and is trying to find her place in the world. The film not only relates a coming-of-age tale with a female protagonist, it showcases the love between a daughter and her mother — the working title was Mothers and Daughters — instead of focusing on the protagonist's romantic pairings.

Lady Bird was lauded when it premiered at the Telluride Film Festival in September 2017. According to the aggregation site Rotten Tomatoes, it was given 196 positive reviews in a row (the first negative one arrived in December), making it the record-holder for the most "fresh" reviews. The film went on to earn a Golden Globe for Best Motion Picture - Musical or Comedy, before garnering five Academy Award nominations, for Best Picture, Best Director and Best Original Screenplay.

Like Lady Bird, Gerwig grew up in Sacramento and attended an all-girls Catholic high school (though Gerwig graduated in 2002, while Lady Bird is in the class of 2003); Gerwig's parents also have similar careers to Lady Bird's mother and father. However, Gerwig draws a line between herself and her character. As she explained in an interview with WTOP, "I was nothing like Lady Bird, I never made anyone call me by a different name, I was very much more of a rule follower and gold-star getter. But the core of the movie, the sort of deep, complicated love of a family and a hometown, that’s all really close to my heart."

Though Lady Bird became a success, creating it wasn't always a straightforward process. Gerwig required years to write her script, which reached 350 pages at one point. She finished it in 2015, but then faced speed bumps in getting financing for the film: the mother-daughter relationship is important, and one Gerwig felt had been relatively unexplored in cinema, but male financiers who didn't have sisters or daughters sometimes didn't understand the relationship dynamics. Gerwig was also so committed to getting the rights to songs like Justin Timberlake's "Cry Me a River" and the Dave Matthews Band's "Crash Into Me" that she wrote the songwriters letters explaining what their music had meant to her while growing up.

Gerwig's follow-up writing-directing project, an adaptation of Louisa May Alcott’s 19th century masterpiece Little Women, also wowed critics upon its arrival in December 2019. Featuring Lady Bird star Saoirse Ronan, with a surrounding cast that includes Emma Watson, Timothée Chalamet and Meryl Streep, the film earned praise for its faithfulness to the complex family dynamics that infuses the novel, as well as its director's command of the narrative through chronological reshuffling.

Gerwig has a long list of credits as an actress and screenwriter. As she hadn't been accepted to a playwriting M.F.A. program after graduating college, she took a small part in Joe Swanberg's LOL (2006). Gerwig would go on to appear in more "mumblecore" movies like this one (mumblecore was the term given to a slew of micro-budget films that often had naturalistic settings, improvised dialogue and shaky cameras). She took bigger parts in Hannah Takes the Stairs (2007), Baghead (2008) and Yeast (2008). For Nights and Weekends (2008), she was the star and co-director.

'Greenberg,' 'To Rome With Love'

Given the pay scale of these films, Gerwig had to work multiple jobs, including as a tutor and nanny, to make ends meet. But she reached the next level of her career when Noah Baumbach cast her in Greenberg (2010), which starred Ben Stiller. She co-starred in a remake of Arthur (2011) alongside Russell Brand, and had a role in No Strings Attached (2011). Gerwig also appeared in Whit Stillman's Damsels in Distress (2012) and Woody Allen's To Rome With Love (2012).

In 2016, Gerwig was invited to join the Academy of Motion Picture Arts and Sciences.

Gerwig first met Baumbach while working on Greenberg. They later became a couple (after Baumbach split up with wife Jennifer Jason Leigh).

In addition to their personal relationship, Gerwig and Baumbach have partnered on films. They co-wrote Frances Ha (2013); Gerwig received a Best Actress Golden Globe nomination for her work in the title role. They also co-wrote Mistress America (2015), which Gerwig starred in.

However, Gerwig has discovered that her contribution to these shared projects can be undervalued. As she told the New York Times in 2017, "Something that used to really hurt me is, people would say, 'Did you help write the script?' And I’d say: 'I co-wrote it. I didn’t "help" to write it. It used to make my blood rise."

In 2014, Gerwig landed the starring role in the CBS pilot How I Met Your Dad, from the creators of the popular How I Met Your Mother. While some wondered how her independent edge would translate to a sitcom, in the end the pilot wasn't picked up.

Gerwig also starred in a Baumbach-directed pilot based on the Jonathan Franzen novel The Corrections. However, in 2012 HBO opted not to continue with the project.

When Was Greta Gerwig Born?

Greta Celeste Gerwig was born on August 4, 1983, in Sacramento, California.

Growing Up in Sacramento

In her youth Gerwig studied ballet. However, she ended up quitting, in part because she was considered too tall (her height is now 5-foot-9). Her mother had her daughter take hip-hop instead.

Gerwig was a competitive fencer, ranking third in the state of California at one point. She attended an all-girls Catholic high school in part because it offered her the flexibility she needed to attend tournaments (though she went to Catholic school, she was raised Unitarian Universalist). The high costs led to Gerwig dropping the sport, but she still fences occasionally.

Gerwig was involved in theater in high school, and wrote and acted in plays in college. She attended Barnard College in New York City, where she studied English and philosophy before graduating in 2006.

To foster a warm atmosphere on the Lady Bird set, Gerwig held dance parties, banned cell phones and gave the cast and crew name tags. She loved directing and told Good Morning America, "There’s nothing more thrilling than watching great actors say things that you wrote and bring them to life."

Gerwig hasn't given up acting but intends to focus on writing and directing. At the Women in Entertainment Summit in 2017, she noted, "I want to produce women’s films, because I think women want to see films made by people who know what they’re talking about, what the experience is."