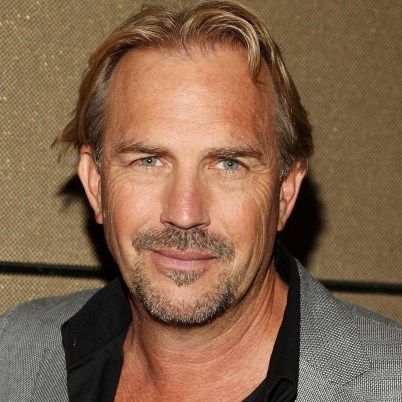 Who Is Kevin Costner?

Kevin Costner was born on January 18, 1955, in Lynwood, California. After studying at California State University, Costner became an actor, establishing a reputation in the critically acclaimed features The Untouchables (1987), Bull Durham (1988) and Field of Dreams (1989). He directed and starred in the epic film Dances With Wolves (1990), which won seven Oscars. In 2012, Costner won an Emmy Award (best actor in a miniseries) for his performance in the History Channel miniseries Hatfields & McCoys.

Sometimes compared to such screen legends as Gary Cooper and Jimmy Stewart, actor Kevin Costner was born on January 18, 1955, in Lynwood, California. He is the son of a power company employee, and his father's job necessitated a number of moves during Costner's youth. In his high school years, Costner struggled with insecurities because of his short stature.

Costner attended California State University in Fullerton, where he studied marketing. During college, he developed an interest in acting. Costner spent years as a struggling performer after graduating from college in 1978. He sometimes worked as a carpenter and also had a behind-the-scenes job as a gofer for Raleigh Studios for a time.

Costner landed a role as a suicide victim in the 1983 ensemble drama The Big Chill, with Glenn Close, Kevin Kline, William Hurt, Jeff Goldblum and others. What looked like his first big break ended in disappointment when all of his scenes ended up on the cutting room floor. "I rehearsed for a month with the whole cast and shot for about a week. I knew when I was shooting it that if anything would be cut it would be my scenes," Costner later explained. But the film's director, Lawrence Kasdan, remembered Costner and later signed him for the 1985 western Silverado. The film, which also starred Kline, Scott Glenn and Danny Glover, proved to be a springboard to other opportunities in Hollywood.

'No Way Out,' 'The Untouchables'

In 1987, Costner's career really took off with two hit films. He starred with Sean Young in the popular thriller No Way Out and played the legendary crime fighter Eliot Ness in The Untouchables, with Sean Connery and Robert De Niro. Untouchables director Brian De Palma praised Costner's work on the film, saying that "he can take those old western lawman lines and make them real."

Continuing his winning streak, Costner starred in the baseball romantic comedy Bull Durham (1988), with Susan Sarandon and Tim Robbins. With 1989's Field of Dreams, Costner again won over audiences with his everyman appeal. He played a farmer who creates a baseball diamond on his land on the instruction of a voice he hears. The fantastical yet heartfelt film did well both critically and commercially.

Academy Awards for 'Dances with Wolves'

Costner, now an established box office star, got the green light to work on his directorial debut, Dances with Wolves (1990). The movie was a labor of love with shooting stretching out over 18 months, five of which were spent on location in South Dakota. The film told the story of a Civil War soldier who befriends a tribe of Sioux Indians. Incredibly well received, the movie won the Academy Award for Best Picture. Costner also won the Academy Award for Best Director.

Costner continued to enjoy box office success with the adventure tale Robin Hood: Prince of Thieves (1991) and the romantic drama The Bodyguard (1992), with Whitney Houston. But Costner soon ran into a series of disappointments. While earning kudos from critics, his film with Clint Eastwood, A Perfect World (1993), failed to make much an impression on movie-goers. His turn as the famous western icon in Wyatt Earp (1994) received mixed reviews and did mediocre business at the box office.

Working as its star and producer, Costner faced a tremendous amount of challenges with the post-apocalyptic film Waterworld (1995). This futuristic tale of a nearly landless Earth had problems from the start. Filming largely took place on the open ocean on specially built platforms, one of which sank, but was recovered. The cast and crew also battled seasickness and the elements, which sometimes delayed the production. The movie, which also starred Dennis Hopper and Jeanne Tripplehorn, opened strong with a $21 million first weekend, but it soon lost steam with movie-goers. It also received a tepid reception from critics.

Undaunted, Costner worked on another futuristic epic, The Postman (1997). He played the title character, a man who pretends to be a letter carrier in a post-Apocalyptic America fractured by nuclear war. His charade brings hope to an isolated community. Some critics called The Postman the worst film of the year, while others noted that it was "a misfire" and "way too long, too pretentious and too self-indulgent."

'For Love of the Game,' 'Thirteen Days'

After this film, Costner's star power seemed to fade somewhat. He didn't help his reputation by getting into a very public dispute with Universal over edits made to his next baseball film, For the Love of Game (1998). However, the actor showed that he still could give an impressive performance with Thirteen Days (2000), a true-life drama about the 1962 Cuban Missile Crisis.

Remaining busy into the new millennium, Costner starred in the heist film 3000 Miles to Graceland (2001) and in the 2005 romantic comedies The Upside of Anger and Rumor Has It. Following the 2008 election comedy Swing Vote, he appeared in the 2010 drama The Company Men, with Chris Cooper, Ben Affleck and Tommy Lee Jones.

In 2012, Costner tackled a juicy role on the small screen, starring in the History Channel miniseries Hatfields & McCoys as Devil Anse Hatfield, the leader of a famous feuding family. His nemesis, Randall McCoy, was played by Bill Paxton. For his Hatfields & McCoys performance, Costner won an Emmy Award (best actor in a miniseries) in 2012.

A busy 2014 had Costner appearing in Man of Steel as Superman's adoptive Earth father — a role he reprised for 2016's Batman v Superman: Dawn of Justice — as well as in Jack Ryan: Shadow Recruit, 3 Days to Kill, Draft Day and Black or White. After starring as coach Jim White in the inspirational sports drama McFarland, USA (2015), he had prominent supporting roles in Hidden Figures (2016) and Molly's Game (2017).

Beginning in 2018, Costner found more success on the small screen with Yellowstone. The drama has the veteran actor starring as John Dutton, owner of a sprawling ranch, with a cast that includes Kelly Reilly, Luke Grimes and Wes Bentley as his children. In June 2019, around the time that season 2 premiered, it was announced that the series would return for a third season on Paramount Network.

'The Highwaymen,' 'The Art of Racing in the Rain'

Costner starred in Netflix's The Highwaymen (2019) as Frank Hamer, the former Texas Ranger who spearheaded the successful hunt of the infamous crime duo of Bonnie Parker and Clyde Barrow. He then went in a different direction after years of leading man roles, voicing the character of Enzo the dog in The Art of Racing in the Rain (2019).

In 2005, Costner turned to one of his other passions — music. He started working with a country rock band called Modern West. They released their first album, Untold Truths, in 2008, and followed with 2010's Turn It On and 2011's From Where I Stand. In 2012, the group put out Famous for Killing Each Other: Music from and Inspired By Hatfields & McCoys.

Costner has been married to Christine Baumgartner since 2004. Together, the couple has three children — Cayden Wyatt, Hayes Logan and Grace Avery. Costner also has three children — Annie, Lily and Joe — from his first marriage to Cindy Silva and a son, Liam, from his relationship with socialite Bridget Rooney.

In everything he does, Costner seems to be listening to his own counsel, not following any typical Hollywood playbook. "You've got to blaze your own trail or you're just going to feed at the trough," he once explained. "Feeding at the trough can get you pretty fat. But I choose to go my own way."