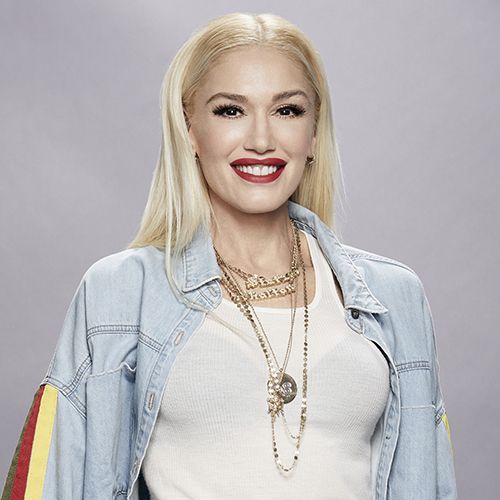 Who Is Gwen Stefani?

Singer-songwriter Gwen Stefani first gained popularity in the 1990s as the lead singer of No Doubt. She went on to have a highly successful solo career and launch her own clothing line, L.A.M.B. After parting ways with her No Doubt bandmates in the early 2000s to begin a solo career, Stefani reunited with the band in 2012. She has since released more music as solo artist and served as a coach for multiple seasons of the singing competition series The Voice.

Early Life and Formation of No Doubt

Stefani was born on October 3, 1969, in Fullerton, California. Since rising to stardom as the lead singer of No Doubt, Stefani has become a popular and powerful figure in the world of music and fashion.

Taught to sew by her mother, Stefani developed an interest in fashion early on. Her love of music was influenced by her older brother Eric, who played recordings by such ska revival bands as Madness. With friend John Spence as the lead singer, Eric started the group No Doubt, and Gwen soon joined as their second vocalist. Stefani started dating fellow bandmate Tony Kanal around this time.

After Spence's suicide in 1987, Stefani became No Doubt's lead singer. The band toiled in clubs around their native Orange County for several years. Eventually signed to the Interscope Records label, No Doubt released their self-titled debut album in 1992. Unfortunately, the album failed to attract much attention from critics or the music-buying public.

Stefani's relationship with Kanal also hit the skids, with the pair calling it quits in late 1993. Two years later, the band suffered another loss when Eric left the group.

With Tragic Kingdom (1995), No Doubt emerged as a leading force in popular music. Their distinctive sound—with flavors of ska, punk and pop—won over many new fans. Reaching the top of the album charts in late 1996, the recording's success was driven in part by the hit single "Just a Girl," with its video helping to make Stefani both a fashion icon and a star.

Much like Madonna before her, Stefani wowed fans with her distinctive personal style: Her look borrowed from many different scenes and cultures, from punk-style bondage pants to a forehead decoration known as a bindi traditionally worn by some Indian women.

Known for her deeply personal lyrics, Stefani found a lot of material in her failed relationship with Kanal. It is said to be the inspiration for the popular ballad, "Don't Speak," another hit off Tragic Kingdom. "Excuse Me Mr." and "Spiderwebs" also made noise on the charts.

'Return of Saturn' and 'Rock Steady'

The group's follow-up album, Return of Saturn (2000), fared well and again featured some very personal lyrics by Stefani. In the song "Ex-Girlfriend," she expressed her frustration with a horrible break-up.

Around this time, Stefani dyed her trademark white-blonde locks bright fuchsia. She told Marie Claire magazine that the vivid new color was in response to her break-up with Gavin Rossdale, the lead singer of the grunge band Bush. The couple later got back together.

Stefani started to emerge as an artist in her own right in 2001, singing on Eve's smash hit "Let Me Blow Ya Mind" and Moby's successful single "South Side." She even netted her first Grammy Award for her work with Eve, bringing home the honor for Best Rap/Sung Collaboration.

That same year No Doubt released the album Rock Steady, which had strong hip-hop and reggae influences. The group won two Grammy Awards for songs on this album in two different years: "Hey Baby" received the Best Pop Performance by a Duo or Group with Vocal in 2002 and "Underneath It All" won that same award the following year.

In 2004, Stefani released her first solo album, Love.Angel.Music.Baby, which had more of a pop and club music sound than her work with No Doubt. In making the album, Stefani worked with a number of well-known songwriters and producers, including Dr. Dre, Dallas Austin, Linda Perry, Kanal and Eve, with whom she delivered the hit song "Rich Girl." An even bigger hit was the infectious "Hollaback Girl," one of the most popular songs of the summer of 2005.

As if her successful record was not enough, Stefani made her film debut as sex symbol Jean Harlow in The Aviator (2004), starring Leonardo DiCaprio.

Her next solo effort, The Sweet Escape (2006), was also a smash hit. Stefani earned a Grammy Award nomination for her duet with Akon on the album's title track.

After joining her No Doubt bandmates for a national tour in 2009, Stefani and the group reunited again in 2012. They performed together at the Teen Choice Awards that July and soon afterward released Push and Shove—their first studio album together in nearly 11 years. This recording is filled with the ska-influenced sound that helped make Stefani and the band world famous. No Doubt seemed determined to regain their earlier success, undertaking a heavy promotional and tour schedule to make the album their next big hit.

In 2014, Stefani took her career in a new direction by signing on to become a coach on the popular reality competition The Voice. Filling in for a pregnant Christina Aguilera, Stefani and fellow newcomer Pharrell Williams joined longtime Voice coaches Blake Shelton and Adam Levine for the program's seventh season. She later returned to a coaching seat for the ninth, 12th and 17th seasons.

Following a hiatus from creating new material, in October 2015, Stefani debuted the single "Used to Love You," ahead of the March 2016 release of This Is What the Truth Feels Like. She then delivered her second album in as many years in October 2017, the holiday-themed You Make It Feel Like Christmas.

The following summer, Stefani kicked off a residency at Planet Hollywood's Zappos Theater in Las Vegas, her Just a Girl show featuring her greatest hits from her time with No Doubt and as a solo artist.

Personal Life and Other Projects

Stefani married Gavin Rossdale in a lavish ceremony in London on September 14, 2002, wearing a white-and-pink gown designed by John Galliano. Two other celebrations were held, including one in Los Angeles.

The following year Stefani turned her love of fashion into the clothing line L.A.M.B. (which stands for Love Angel Music Baby).

Stefani and Rossdale welcomed son Kingston James McGregor Rossdale on May 26, 2006. Their second son, Zuma Nesta Rock, was born on August 21, 2008, and their third son, Apollo Bowie Flynn Rossdale, was born on February 28, 2014.

In August 2015, after more than a dozen years together, Stefani and Rossdale called it quits and announced they were divorcing. In November 2015, Stefani and fellow Voice coach Blake Shelton went public with their relationship. Shelton and Stefani announced their engagement in October 2020.