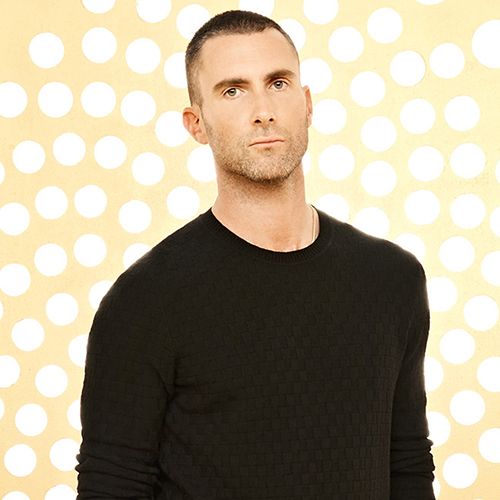 Who Is Adam Levine?

Adam Levine is the Grammy Award-winning lead singer of the band Maroon 5, whose success includes several chart-topping hits and gold and platinum albums. In 2011, he branched out into television as a judge/coach on the reality singing show The Voice. The following year, Maroon 5 released its fourth studio album, Overexposed, featuring hits like "One More Night" and "Payphone." In 2014, Levine and his bandmates hit the charts with V, which included "Maps" and "Animals," and three years later released Red Pill Blues (2017), offering hits like "What Lovers Do," "Wait" and "Girls Like You."

Adam Noah Levine was born on March 18, 1979, in Los Angeles, California. He formed his first band, Kara's Flowers, while attending the private Brentwood School with friends and fellow students Jesse Carmichael, Mickey Madden and Ryan Dusick. The band released its first album, The Fourth World, in 1997, as high school seniors. Kara's Flowers released one single, "Soap Disco," and appeared on an episode of Beverly Hills 90210, before breaking up.

Levine and Carmichael left Los Angeles for Long Island, New York, to attend Five Towns College, a music and performing arts school. Living in New York exposed the pair to an entirely different music scene, involving large doses of R&B and hip-hop, and Levine would later say that living in New York had a large impact on his musical point-of-view.

Levine and Carmichael dropped out of Five Towns and returned to Los Angeles in 2000. There, they reunited with the other members of Kara's Flowers and added a new member, guitarist James Valentine, with Carmichael moving to keyboards. The band then changed its name to Maroon 5 and released its debut album, Songs About Jane, in 2002. Two years later, after slowly climbing the charts with hits like "Harder to Breathe," "This Love" and "She Will Be Loved," the album went platinum. The singles' accompanying music videos turned Levine into an instant sex symbol.

Songs About Jane was followed by the successful albums It Won't Be Soon Before Long (2007) and Hands All Over (2010), the latter of which featured the smash hit "Moves Like Jagger." Levine also found success along the way by appearing on other musicians' albums, working with such superstars as Kanye West, Alicia Keys and Natasha Bedingfield.

In 2012, Maroon 5 returned to the charts with its fourth studio album, Overexposed, featuring hits like "One More Night" and "Payphone" with Wiz Khalifa. Levine and his bandmates went on an international tour to promote the recording. The band continued to enjoy great popularity with its next effort, V (2014). The album contained hits "Maps" and "Animals."

In 2017, Maroon 5 released their sixth studio album Red Pill Blues, featuring artists like ASAP Rocky, Julia Michaels and SZA. The album hit No. 2 on the Billboard 200 in America and produced the chart-topping singles "What Lovers Do," "Wait" and "Girls Like You."

Television Appearances and Judge on 'The Voice'

Adam Levine began branching out into television in 2007, when he made an appearance on Saturday Night Live. He also appeared on Comedy Central's A Night of Too Many Stars and had a cameo on Jimmy Kimmel Live. In 2011, Levine made the jump to a full-time TV gig as a judge/coach on the reality series The Voice, and the following year he landed a minor role in the series American Horror Story.

In 2013, Levine entered his fourth season on The Voice, appearing alongside Blake Shelton as well as newcomers Shakira and Usher, who replaced Christina Aguilera and Cee Lo Green as judges for that season. That same year, Levine debuted his first perfume line, which features products for both men and women. He also signed a deal with NBC to help develop new series and specials for the television network.

Levine's run on The Voice ended in May 2019, following 16 seasons on the popular singing competition series. Noting it was "time to move on," he thanked his fellow coaches and the show's crew and fans in a lengthy Instagram post.

Outside of singing and appearing on television, Levine has devoted his time to the advancement of various causes, including awareness for Attention-Deficit/Hyperactivity Disorder, testicular cancer (for which he posed nude for Cosmopolitan magazine) and gay rights.

In November 2013, Levine was named "Sexiest Man Alive" by People magazine. Carson Daly, the host of The Voice, made the announcement live on the show. In his interview with the magazine, Levine stated that he uses yoga and spinning to keep his stamina and physique intact.

Levine began dating model Anne Vyalitsyna in 2010, after the two were introduced at that year's Sports Illustrated Swimsuit Issue release party. The couple split in May 2012.