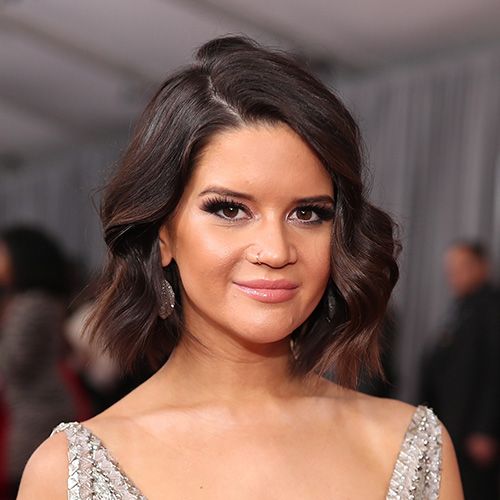 Who is Maren Morris?

Maren Morris began writing and performing music at local honky-tonks when she was just 12 years old. Eight years later, she moved to Nashville to pursue her country music career. She began focusing on songwriting, penning songs for both Tim McGraw and Kelly Clarkson, before returning to her roots as a performer with the release of an eponymous EP. In 2016 she debuted her first major label album, Hero. Her lead single, "My Church" earned her four Grammy nominations and one win in 2017.

Morris was born on April 10, 1990, in Arlington, Texas to salon owner parents Greg and Kellie Morris. She first began performing karaoke songs by LeAnn Rimes and Patsy Cline at her parents' parties. The singer also began honing her writing skills by penning stories and poems in school. When she was 12 years old, her father bought her her first guitar, and she started writing song lyrics and performing local gigs. “I started playing all around Texas – any bar or club that would let me in there,” Morris, who counted Patty Griffin, the Dixie Chicks, and Sheryl Crow among her early influences, has said. “I was the only kid in school that had a job on the weekends!” While her sound was primarily country, she gained attention by blending different genres and has referred to herself as a "gangster June Carter."

Moving to Nashville and Songwriting

Encouraged by her friend and fellow Texan Kacey Musgraves, Morris left her hometown when she was 20 years old and moved to Nashville to further pursue her career in music. Her first disappointments came when she auditioned for — and was rejected from — both The Voice and American Idol. In hindsight, she's now thankful for the setbacks. "I think about all of the freaking talent shows I've tried out for in my life and I'm so glad I didn't make any of them... I'm happier for it now, "she previously told Rolling Stone Country.

After those failed auditions, she began pursuing songwriting, penning songs for McGraw (2014's "Last Turn Home") and Clarkson (2015's "Second Wind). Still, she never gave up on singing and eventually self-released an eponymous EP on Spotify in late 2015. After racking up 2.5 million streams in a month, Columbia Nashville offered her a recording contract one month later.

“It wasn’t a conscious decision to be an artist,” Morris, who started with small shows before opening for acts like Little Big Town and Chris Stapleton, has explained. “It was more, am I ready to face my point of view? I would have been happy just being a songwriter, but there was a voice in my head saying, you’ve got to sing these.”

In 2016, she released her major label debut album, Hero, as well as her hit single "My Church." Both Hero and "My Church" reached No. 1 on the country charts, with the latter earning her a Grammy at the following year's award ceremony. She was nominated for three other Grammys in 2017, including Best New Artist, earning her the distinction as that year's most-nominated country artist. Along with her Grammy nods, Morris also scored five 2016 CMA nominations and won the Best New Artist award.

She was once again nominated for a Grammy in 2018, this time for Best Country Solo Performance for her hit, "I Could Use a Love Song."

Morris opened for Keith Urban on his summer 2016 Ripcord World Tour in support of Hero. She also toured as both a headliner on her own tour in early 2017 and later joined Sam Hunt on his 15 in a 30 Tour. In June 2018, she will open for former One Direction band member Niall Horan in Oceana and North America for the second half of his Flicker World Tour.

Her hit collaborations include appearing on Thomas Rhett's "Craving You" in 2017, tourmate Horan's "Seeing Blind," and 2018's "The Middle" with Zedd and Grey. The latter reached No. 1 on the dance/electronic charts.

In 2016, Maren also formed the Highwomen with Brandi Carlile, Natalie Hemby and Amanda Shires. Their self-titled debut album was released on September 6, 2019.

Morris released her second album, Girl, in March 2019. The lead single, "Girl," became certified platinum, and the follow-up single, "The Bones," peaked at No. 12 on the Billboard Hot 100 chart and was nominated at the 63rd Grammy Awards for Best Country Song.

In 2021, Morris won Female Artist of the Year and Song of the Year for "The Bones" at the ACMs.

Morris got engaged to her boyfriend, singer-songwriter Ryan Hurd, in July 2017. The pair married in a March 2018 ceremony in Nashville. They welcomed son Hayes in March 2020.