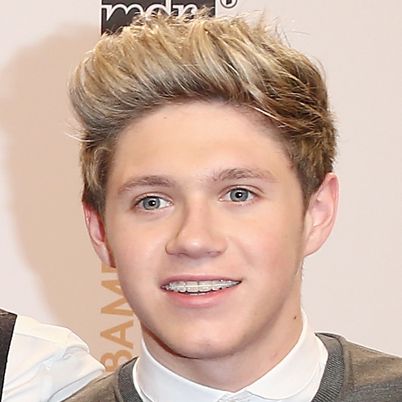 Who Is Niall Horan?

Niall Horan was born on September 13, 1993, in Mullingar, County Westmeath, Ireland. At the age of 16, he auditioned for the television show The X Factor and was accepted into the competition. Although he did not make the final rounds as a solo vocalist, he joined forces with Harry Styles, Liam Payne, Zayn Malik and Louis Tomlinson to form the highly successful boy band One Direction. Horan later launched a solo career, topping the charts in 2017 with his debut album, Flicker.

Niall James Horan was born on September 13, 1993, in Mullingar, County Westmeath, Ireland. His parents, Bobby and Maura Horan, divorced when he was a child. He and his older brother, Greg, moved back and forth between their parents' two households before settling in with their father.

Niall grew up in Mullingar and attended St. Kenny National School, where he performed in school plays and sang in the school choir. He attended secondary school at Coláiste Mhuire (Mary's College), also in Mullingar. As a teenager he performed at the Mullingar Arts Centre (in a fund-raiser for the local football team, the Shamrocks) and at The Academy in Dublin.

Competing on 'The X Factor'

In 2010, when he was 16 years old, Horan auditioned for the television talent competition The X Factor. He moved through several rounds of preliminary auditions, culminating in a performance for the program's judges, including Simon Cowell and guest judge Katy Perry, in Dublin. He sang a version of Ne-Yo's "So Sick" and was accepted into the official competition. Although he was eliminated as a solo contestant after the semifinals, the judges combined Horan with Harry Styles, Liam Payne, Zayn Malik and Louis Tomlinson to form the boy band One Direction.

Fame and One Direction

Although One Direction did not win the final round of The X Factor, the band immediately received a contract with Cowell's label Syco and recorded its first album, Up All Night, which became a best seller in the United Kingdom in 2011 and in the United States in 2012.

The only One Direction member born outside England, Horan enjoyed tremendous success with his bandmates, their albums Take Me Home (2012), Midnight Memories (2013) and Four (2014) all debuting atop the Billboard 200.

One Direction weathered the departure of Malik in March 2015, but by then the demands of a relentless schedule had taken its toll on all members of the band. Not long after releasing Made in the A.M. in November 2015, Horan, Payne, Styles and Tomlinson went their separate ways for an indefinite hiatus.

Horan dropped his debut solo single, "This Town," in September 2016. He followed with two more singles, "Slow Hands" and "Too Much to Ask," before finally delivering the chart-topping album Flicker in October 2017.

After spending much of 2018 on tour, Horan unveiled the singles "Nice to Meet Ya" and "Put a Little Love on Me" in the latter stages of 2019, ahead of the planned release of his second solo album.