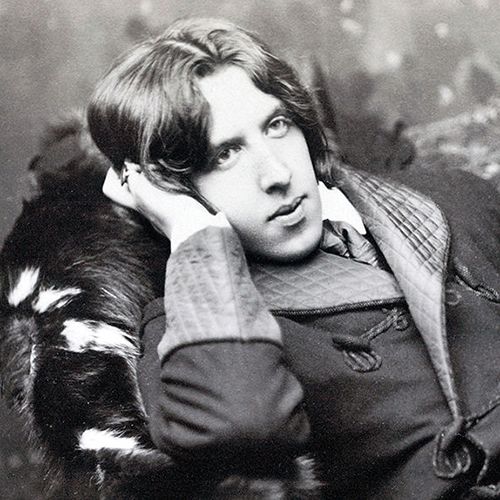 Who Was Oscar Wilde?

Author, playwright and poet Oscar Wilde was a popular literary figure in late Victorian England. After graduating from Oxford University, he lectured as a poet, art critic and a leading proponent of the principles of aestheticism. In 1891, he published The Picture of Dorian Gray, his only novel which was panned as immoral by Victorian critics, but is now considered one of his most notable works. As a dramatist, many of Wilde’s plays were well received including his satirical comedies Lady Windermere's Fan (1892), A Woman of No Importance (1893), An Ideal Husband (1895) and The Importance of Being Earnest (1895), his most famous play. Unconventional in his writing and life, Wilde’s affair with a young man led to his arrest on charges of "gross indecency" in 1895. He was imprisoned for two years and died in poverty three years after his release at the age of 46.

Oscar Fingal O'Flahertie Wills Wilde was born on October 16, 1854, in Dublin, Ireland. His father, William Wilde, was an acclaimed doctor who was knighted for his work as a medical advisor for the Irish censuses. William later founded St. Mark's Ophthalmic Hospital, entirely at his own personal expense, to treat the city's poor. Wilde's mother, Jane Francesca Elgee, was a poet who was closely associated with the Young Irelander Rebellion of 1848, a skilled linguist whose acclaimed English translation of Pomeranian novelist Wilhelm Meinhold's Sidonia the Sorceress had a deep influence on her son's later writing.

Wilde was a bright and bookish child. He attended the Portora Royal School at Enniskillen where he fell in love with Greek and Roman studies. He won the school's prize for the top classics student in each of his last two years, as well as second prize in drawing during his final year. Upon graduating in 1871, Wilde was awarded the Royal School Scholarship to attend Trinity College in Dublin. At the end of his first year at Trinity, in 1872, he placed first in the school's classics examination and received the college's Foundation Scholarship, the highest honor awarded to undergraduates.

Upon his graduation in 1874, Wilde received the Berkeley Gold Medal as Trinity's best student in Greek, as well as the Demyship scholarship for further study at Magdalen College in Oxford. At Oxford, Wilde continued to excel academically, receiving first class marks from his examiners in both classics and classical moderations. It was also at Oxford that Wilde made his first sustained attempts at creative writing. In 1878, the year of his graduation, his poem "Ravenna" won the Newdigate Prize for the best English verse composition by an Oxford undergraduate.

Upon graduating from Oxford, Wilde moved to London to live with his friend, Frank Miles, a popular portraitist among London's high society. There, he continued to focus on writing poetry, publishing his first collection, Poems, in 1881. While the book received only modest critical praise, it nevertheless established Wilde as an up-and-coming writer. The next year, in 1882, Wilde traveled from London to New York City to embark on an American lecture tour, for which he delivered a staggering 140 lectures in just nine months.

While not lecturing, he managed to meet with some of the leading American scholars and literary figures of the day, including Henry Longfellow, Oliver Wendell Holmes and Walt Whitman. Wilde especially admired Whitman. "There is no one in this wide great world of America whom I love and honor so much,'' he later wrote to his idol.

Upon the conclusion of his American tour, Wilde returned home and immediately commenced another lecture circuit of England and Ireland that lasted until the middle of 1884. Through his lectures, as well as his early poetry, Wilde established himself as a leading proponent of the aesthetic movement, a theory of art and literature that emphasized the pursuit of beauty for its own sake, rather than to promote any political or social viewpoint.

On May 29, 1884, Wilde married a wealthy Englishwoman named Constance Lloyd. They had two sons: Cyril, born in 1885, and Vyvyan, born in 1886. A year after his wedding, Wilde was hired to run Lady's World, a once-popular English magazine that had recently fallen out of fashion. During his two years editing Lady's World, Wilde revitalized the magazine by expanding its coverage to "deal not merely with what women wear, but with what they think and what they feel. The Lady's World," wrote Wilde, "should be made the recognized organ for the expression of women's opinions on all subjects of literature, art and modern life, and yet it should be a magazine that men could read with pleasure."

Beginning in 1888, while he was still serving as editor of Lady's World, Wilde entered a seven-year period of furious creativity, during which he produced nearly all of his great literary works. In 1888, seven years after he wrote Poems, Wilde published The Happy Prince and Other Tales, a collection of children's stories. In 1891, he published Intentions, an essay collection arguing the tenets of aestheticism, and that same year, he published his first and only novel, The Picture of Dorian Gray. The novel is a cautionary tale about a beautiful young man, Dorian Gray, who wishes (and receives his wish) that his portrait ages while he remains youthful and lives a life of sin and pleasure. 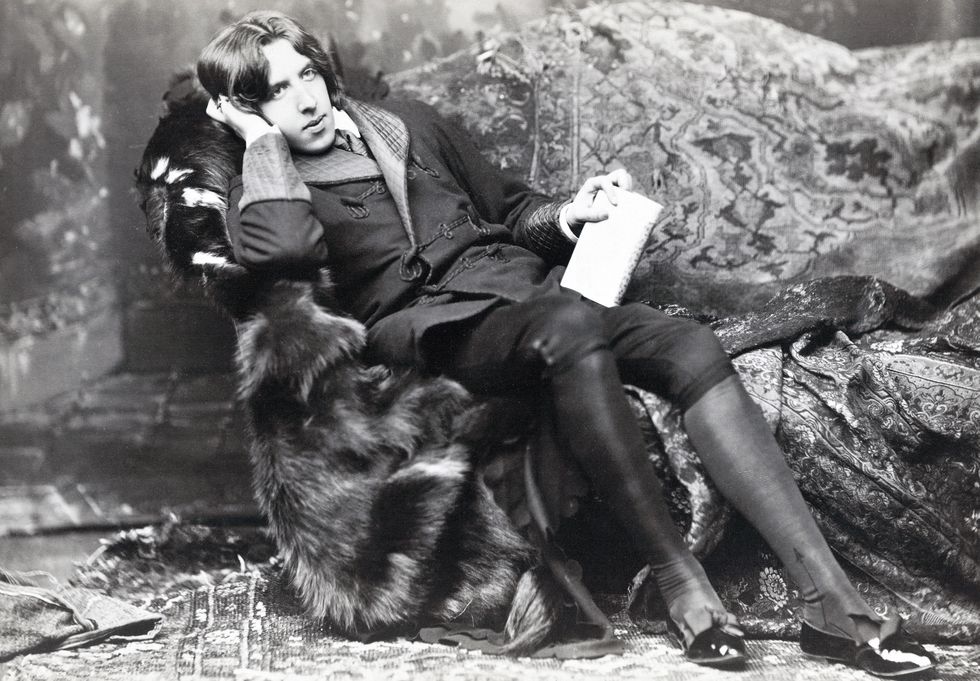 Though the novel is now revered as a great and classic work, at the time critics were outraged by the book's apparent lack of morality. Wilde vehemently defended himself in a preface to the novel, considered one of the great testaments to aestheticism, in which he wrote, "an ethical sympathy in an artist is an unpardonable mannerism of style" and "vice and virtue are to the artist materials for an art."

Wilde's first play, Lady Windermere's Fan, opened in February 1892 to widespread popularity and critical acclaim, encouraging Wilde to adopt playwriting as his primary literary form. Over the next few years, Wilde produced several great plays—witty, highly satirical comedies of manners that nevertheless contained dark and serious undertones. His most notable plays were A Woman of No Importance (1893), An Ideal Husband (1895) and The Importance of Being Earnest (1895), his most famous play.

Around the same time that he was enjoying his greatest literary success, Wilde commenced an affair with a young man named Lord Alfred Douglas. On February 18, 1895, Douglas's father, the Marquis of Queensberry, who had gotten wind of the affair, left a calling card at Wilde's home addressed to "Oscar Wilde: Posing Somdomite," a misspelling of sodomite. Although Wilde's homosexuality was something of an open secret, he was so outraged by Queensberry's note that he sued him for libel. The decision ruined his life.

When the trial began in March, Queensberry and his lawyers presented evidence of Wilde's homosexuality—homoerotic passages from his literary works, as well as his love letters to Douglas—that quickly resulted in the dismissal of Wilde's libel case and his arrest on charges of "gross indecency." Wilde was convicted on May 25, 1895, and sentenced to two years in prison.

Wilde emerged from prison in 1897, physically depleted, emotionally exhausted and flat broke. He went into exile in France, where, living in cheap hotels and friends' apartments, he briefly reunited with Douglas. Wilde wrote very little during these last years; his only notable work was a poem he completed in 1898 about his experiences in prison, "The Ballad of Reading Gaol."

Wilde died of meningitis on November 30, 1900, at the age of 46. More than a century after his death, Wilde is still better remembered for his personal life—his exuberant personality, consummate wit and infamous imprisonment for homosexuality—than for his literary accomplishments. Nevertheless, his witty, imaginative and undeniably beautiful works, in particular his novel The Picture of Dorian Gray and his play The Importance of Being Earnest, are considered among the great literary masterpieces of the late Victorian period.

Throughout his entire life, Wilde remained deeply committed to the principles of aestheticism, principles that he expounded through his lectures and demonstrated through his works as well as anyone of his era. "All art is at once surface and symbol," Wilde wrote in the preface to The Picture of Dorian Gray. "Those who go beneath the surface do so at their peril. Those who read the symbol do so at their peril. It is the spectator, and not life, that art really mirrors. Diversity of opinion about a work of art shows that the work is new, complex and vital."