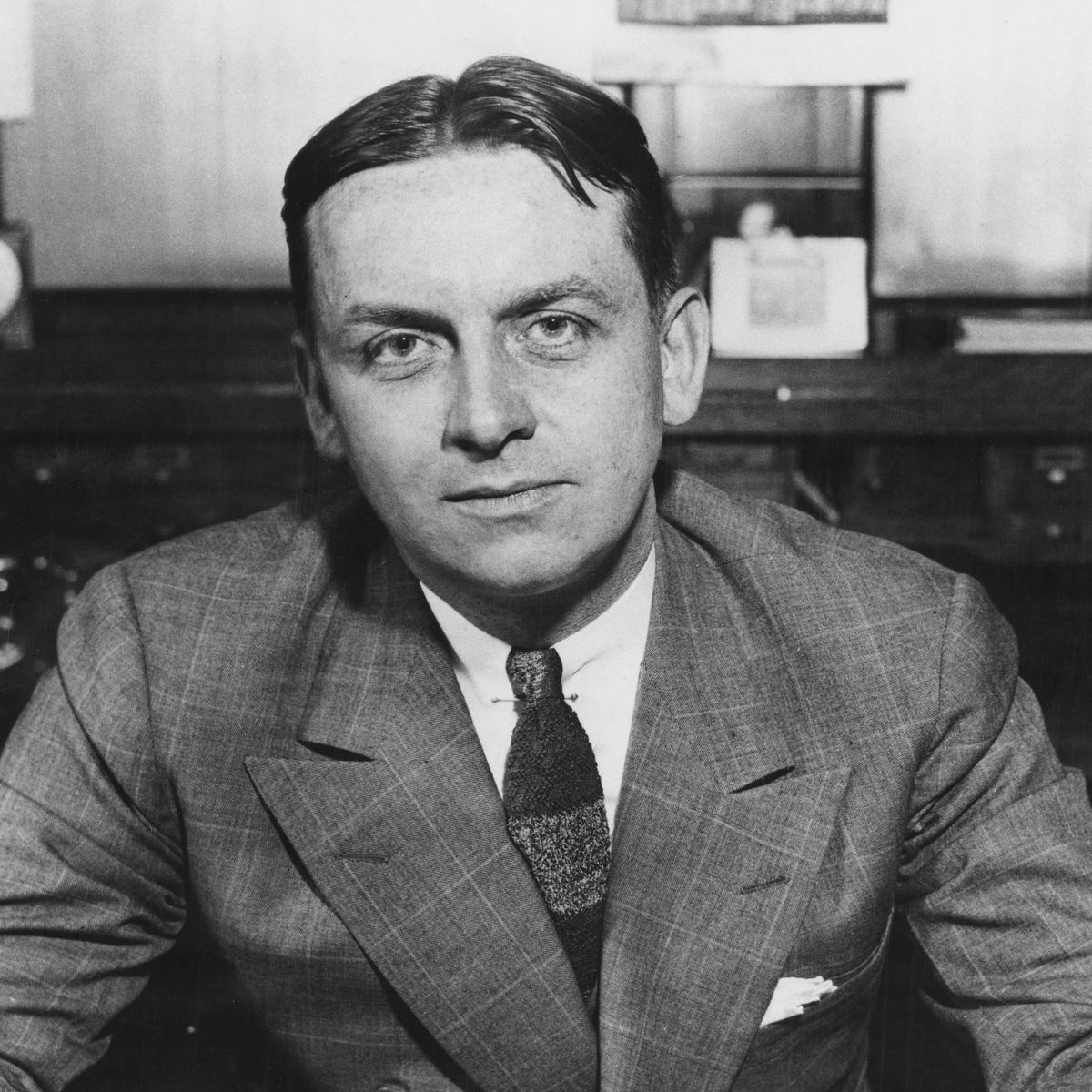 Who Was Eliot Ness?

Eliot Ness joined the Bureau of Prohibition in 1927, assembling a team of Prohibition enforcement personnel known as "The Untouchables" to combat the activities of gangster Al Capone. Ness's career in law enforcement ended in 1944. Following a stint in business and a run for the Cleveland mayorship, Ness sank into debt. He died on May 7, 1957, in Coudersport, Pennsylvania.

Organized crime fighter Eliot Ness was born on April 19, 1903, in Chicago, Illinois. Ness stands as the man most often recognized for destroying the multimillion-dollar breweries operated by Al Capone. Also responsible, in part, for Capone's arrest and conviction of tax evasion, Ness was instrumental in ceasing the power Capone had over the city of Chicago.

Ness was also responsible for turning around Cleveland, Ohio, in the mid-1930s, when the city was overcome with crime and corruption. Weeding out 200 crooked police officers and bringing 15 other officials to trial for criminal behavior, Ness set many precedents. One such milestone was Ness's efforts to correct Cleveland's traffic problems, establishing a separate court in which all traffic cases were heard.

Ness attended the University of Chicago at 18 years of age, majoring in commerce, law and political science. He graduated in the top third of his class in 1925 and was hired as an investigator for the Retail Credit Company. He moved on to the Chicago branch of the U.S. Treasury Department in 1927 where he became an agent. Ness was transferred to the Justice Department in 1928 to work with the Prohibition Bureau, responsible for cleaning up the practice of bootlegging. During the 1920s, bootlegging grew into a multi-million dollar business for Chicago's gangsters.

Working in Chicago's Justice Department, Ness received an assignment to serve with a special unit designed to bring down the notorious mobster Capone. The Italian gangster's reputation had even reached Washington, D.C., and President Herbert Hoover was furious upon hearing reports of the rich gangster breaking the law with his tax evasion and bootlegging practices. Heading the task force assigned to the Capone investigation, Ness and nine other agents successfully seized and halted operations of breweries run by Capone, one of Ness's most recognized achievements. Capone was eventually sentenced to 11 years in prison.

After the special force assigned to Capone was dissolved, Ness was chosen as the chief investigator of the Chicago Prohibition Bureau until the Prohibition era ended. From there, he moved to Cincinnati's Justice Department where he was responsible for locating and destroying moonshine operations in the hills and mountains of Ohio, Kentucky and parts of Tennessee. After several months, Ness landed a new job in December of 1935 as the investigator in charge of the Treasury Department's Alcoholic Tax Unit in northern Ohio. At age 32, he was the youngest in Cleveland history to claim that title. Mayor Harold Hitz Burton, who appointed Ness, sought to establish a safe environment in Cleveland, a city which had become overloaded with crime and corruption. Along with 34 agents under him, he began efforts to clean up the city and its crooked policemen. Conducting most of the investigating himself, Ness gathered evidence of the criminal activity of various police officers and took this information before a grand jury in October 1936. Fifteen officials were brought to trial including a deputy inspector, two captains, two lieutenants and a sergeant. Two hundred police officers were forced to turn in their resignations.

Ness' greatest achievement was in traffic control. Cleveland was notorious at that time for being the second-worst American city in traffic-related deaths and injuries, with an average of 250 deaths each year. Ness established a court designed for the sole purpose of handling traffic cases. He also implemented the process of immediate examination of suspected drunk drivers, automatic arrest of those found intoxicated, harsh consequences for officers found adjusting tickets and an automobile inspection program. By 1938, deaths caused by traffic accidents fell to an average of 130 per year, and fell even further in 1939 to 115. Ness's efforts resulted in Cleveland receiving the title of "safest city in the USA" by the National Safety Council.

Ness's most difficult task surrounded the indictment of Capone. The gangster's money allowed him to buy protection and services from politicians, Chicago policeman, and even government agents. Determining those associated with Capone proved a difficult task, leading to mistrust of the highest government officials. U.S. District Attorney George Emmerson Q. Johnson headed the task of finding honest men to bring Capone down. Impressed by Ness's outspokenness, Johnson called him to interview in his office. Immediately following the discussion, Johnson assigned Ness to lead the operation. Ness had to choose no more than 12 men to form this special squad. Ness's plan was to injure Capone where it hurt most: his wallet. If the squad could severely damage the mobster's sources of income, Capone would lose the power to buy protection and services.

The assignment was to destroy the breweries affiliated with Capone and gather evidence associating Capone and his followers with breaking federal laws. Ness's goal was to have a major impact on the gangster's approximate annual salary of $75 million. By October 1929, Ness had selected nine agents to carry out these awesome tasks. This special unit began locating and shutting down breweries in the Chicago area affiliated with Capone. Through surveillance, anonymous tips and wire-tapping, they were able to discover many of the moneymaking businesses in which Capone was involved. Within the first six months of operation, Ness and his crew seized 19 distilleries and six major breweries, denting Capone's wallet by approximately $1 million.

One of Capone's men paid Ness a visit in Chicago's Transportation Building. He offered to pay Ness $2,000 to stop ruining Capone's businesses and promised an additional $2,000 each week following if he continued to cooperate. Outraged, Ness ordered the man out and immediately called the press into his office. That day in 1930, Ness announced that neither he nor any of his men could be bought by Capone, and their mission was unstoppable.

The next day, a Chicago Tribune reporter referred to the special squad as "The Untouchables," a name that eventually became the title of a 1960s TV crime drama about Ness, as well as a popular 1987 feature film that starred Kevin Costner. Seeing the press as an ally, Ness made a habit of calling the media for each raid his crew made on Capone's breweries. Although critics argued that such publicity would harm the squad's efforts, Ness proved them wrong because they could operate under "The Untouchables" without recognition.

Capone, however, fought back and enhanced security measures around his businesses, making it difficult for Ness's men to invade them. Capone assigned men to recognize the 10 agents and others to follow them. The squad's phones were even tapped, and the pressure was mounting. Ness even caught sight of one of Capone's men watching his parents' home. For some time the squad was unsuccessful in their mission. One raid, however, did prove successful, forcing Capone to lose $200,000 on one brewery, the biggest financial loss thus far.

Capone's rage intensified and caused a friend of Ness's to be brutally murdered. In response, Ness made a personal phone call to Capone, telling him to look out his window at 11 o'clock, at which time Ness paraded all of Capone's vehicles seized from the raids which were on their way to be auctioned off. Following this, three murder attempts were made on Ness. Not giving up, Ness and his men discovered a large brewery on the top two floors of an office building after receiving an anonymous tip from a woman. Successfully, the unit halted operations at the location, costing Capone an estimated $1 million.

After a long and successful career in Chicago and Cleveland, perhaps Ness' greatest challenge came when his reputation as an irreproachable investigator was questioned. While operating successfully for a long time as safety director in Cleveland, Ness's character was questioned after he assembled a team of policemen who used their clubs on strikers, creating chaos and injuries resulting in over 100 hospitalized strikers.

Another incident occurred, forcing the public to begin questioning his character. The Torso Murder, in which a serial killer dismembered his victims and threatened the city of Cleveland from 1935 to 1938, caused citizens to become outraged. With the pressure increasing, Ness decided to conduct a raid in an area where homeless people gathered and where the criminal was suspected of living. Finding no evidence there, Ness ordered all of those gathered there to be arrested and their places of settlement burned. The public became bitter, claiming inappropriate behavior had emerged out of Ness's frustration. They wanted Ness removed from his position. They received their wish when Ness divorced his wife of 10 years to marry Evaline McAndrew and moved to Lakewood in 1939.

Holding a position with the Federal Social Protection Program there, he soon became the object of criticism once again. Critics claimed he had become at ease in his duties and paid more attention to his personal interests than his job. Ironically, his reputation was severely damaged when news of a car accident due to intoxication was released. Two months after the accident, Ness resigned and took a job with the Office of Defense, overseeing a campaign against social diseases. His second wife divorced him and moved to New York.

Ness and his men forced Capone's organization to buy alcohol outside of Chicago and smuggle it in, a more expensive and time-consuming process. Successful in snuffing out Capone's bootlegging business, the special unit then had the awesome task of assembling a legal case against the mobster and his followers. On June 12, 1931, Ness went before a federal grand jury and accumulated indictments against Capone and 68 members of his mob for conspiracy to breach the Volstead Act, specifying 5,000 different offenses against Prohibition Laws.

In the end, however, Capone was never brought to trial on any Prohibition charges. Treasury agents had already presented evidence on June 5, 1931, to indict Capone for income tax evasion. U.S. District Attorney Johnson decided to put the mobster on trial for the Treasury charges, saving Ness's Prohibition violations in case Capone escaped conviction. The trial began on October 6, 1931, with Ness present in the courtroom each day. Within two weeks, Capone was found guilty and sentenced to 11 years in a federal penitentiary.