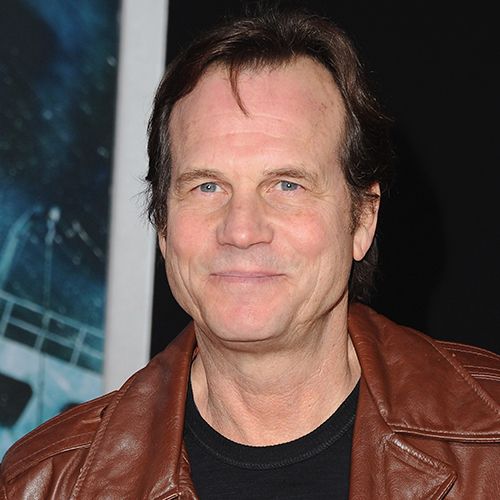 Who Was Bill Paxton?

With his rich, distinctively Texan voice and everyman looks, actor Bill Paxton played a variety of roles, from offbeat characters to leading men. Paxton got his first break in the film industry in the mid-1970s, working as a set dresser. After studying with Stella Adler at New York University for two years, he appeared in notable 1980s flicks like The Terminator, Weird Science and Aliens. In 1992, Paxton had his first leading role in One False Move, and he went on to star in hits like Apollo 13, Twister and Titanic. From 2006 to 2011, Paxton headlined the popular TV drama Big Love. He died on February 25, 2017, after suffering a fatal stroke following heart surgery.

Paxton was born on May 17, 1955, in Fort Worth, Texas, where his father worked in the family's lumber business. Paxton's father was also a supporter of the arts, and he frequently took his children to the movies and other cultural events.

Paxton showed an early interest in moviemaking. After graduating from Arlington Heights High School in 1973, he spent time studying at Richmond College in England with his friend Danny Martin. There Paxton met fellow Texan Tom Huckabee. The three made Super 8 movies together when they returned to Texas.

In January 1974, Paxton decided to move to Los Angeles to break into the film industry. His first job was as a production assistant on an industrial film for Encyclopedia Britannica, a gig he landed through a friend of his father. Paxton then worked as a set dresser for the king of B-movies, Roger Corman, for a time. Before long he landed his first role—a small part in the Jonathan Demme–directed Crazy Mama (1975).

At the age of 21, Paxton headed east to attend New York University, where he studied with famed acting instructor Stella Adler. While he was inspired by Adler, Paxton dropped out after two years. "I didn't see any point in a degree, I didn't see where I'd be filling that in on an application for any kind of job," he later told Texas Monthly. He then returned to Los Angeles.

In 1980, Paxton had some success with a short film he made called Fish Heads, which was shown on Saturday Night Live. He landed a series of small roles, appearing in such films as the 1983 military school drama The Lords of Discipline and the science-fiction hit The Terminator (1984), directed by James Cameron. He later rejoined Cameron for another sci-fi classic, Aliens (1986).

One of his most memorable early roles was in John Hughes' Weird Science (1985) starring Anthony Michael Hall, Ilan Mitchell-Smith and Kelly LeBrock. In the film, he played the evil older brother of one of the lead characters, a villainous turn that left a lasting impression on many moviegoers.

After years of playing character roles, Paxton showed his abilities as a lead actor in One False Move (1992), co-starring Billy Bob Thornton. He earned rave reviews for his portrayal of a small-town lawman involved in the pursuit of two dangerous criminals, his work on this small independent thriller leading to much bigger films.

After playing Morgan Earp in Tombstone (1993), Paxton was back in the mix for two more Cameron films, appearing as a used car salesman in the action-comedy True Lies (1994) and as a treasure hunter in the blockbuster hit Titanic (1997). He also portrayed Fred Haise in the true-life space drama Apollo 13 (1995), directed by Ron Howard, and a storm-chaser in the natural-disaster blockbuster Twister (1996).

Additionally, Paxton explored opportunities behind the scenes. He served as a producer for 1997's Traveller, a drama about a group of con artists. A few years later, Paxton made his directorial debut with the crime drama Frailty (2001), with Matthew McConaughey and Powers Boothe. He followed up that effort with the 2005 golfing story The Greatest Game Ever Played.

After several years of lackluster film roles, Paxton landed the leading role in a new television series. Big Love, which debuted in 2006, followed the lives of Bill Henrickson, a Utah businessman and polygamist, and his three wives, played by Jeanne Tripplehorn, Chloë Sevigny and Ginnifer Goodwin. "I've always thought that the show is a metaphor for untraditional couples and untraditional families. We live in a modern society, where the traditional man-woman union isn't the only accepted norm anymore," he told Vanity Fair.

Paxton earned numerous positive reviews and three Golden Globe nominations for his work on the series. Despite his character's unusual beliefs and practices, he succeeded at making Henrickson believable and real. As one critic put it, Paxton "takes what might have been an unsavory creep and makes him sweet, even universal: the ultimate overtaxed man."

After Big Love ended in 2011, Paxton moved on to other projects. He played Randall McCoy, across from Kevin Costner's "Devil" Anse Hatfield, in the 2012 History Channel miniseries Hatfields & McCoys, about the legendary feuding families. He was nominated for an Emmy for the role.

In 2014, Paxton appeared as the villain John Garrett in the TV show Marvel’s Agents of S.H.I.E.L.D. He returned to TV in 2017, starring as a rogue cop in CBS’s Training Day, a police drama adapted from the 2001 film.

Paxton died on February 25, 2017, after suffering a fatal stroke following heart surgery. He was 61. A representative for his family described the actor in a statement: "A loving husband and father, Bill began his career in Hollywood working on films in the art department and went on to have an illustrious career spanning four decades as a beloved and prolific actor and filmmaker. Bill's passion for the arts was felt by all who knew him, and his warmth and tireless energy were undeniable."

His friends, co-stars and fans expressed their condolences on social media.

The following year, it was announced that Paxton's family and estate had filed a wrongful death lawsuit against surgeon Ali Khoynezhad and the Cedars-Sinai Medical Center in Los Angeles.

According to the lawsuit, the hospital "misrepresented and/or concealed information relating to the risks of surgery and care that would be provided and/or failed to adequately explain the proposed treatment or procedure." Additionally, the family claimed that the hospital "failed to disclose that [Dr. Khoynezhad] was going to use a high risk and unconventional surgical approach with which he lacked experience," and that the doctor did not properly arrange for "continuous care and coverage."

Paxton was married to Kelly Rowan from 1979 to 1980. He married Louise Newbury in 1987, and they had two children together — James and Lydia.

In addition to his acting career, Paxton formed a new wave band called Martini Ranch in 1982. He also provided the voice (and his likeness) for the character of Kahn, head of research at the Atlas Corporation, for the 2014 video game Call of Duty: Advanced Warfare - Exo Zombies.