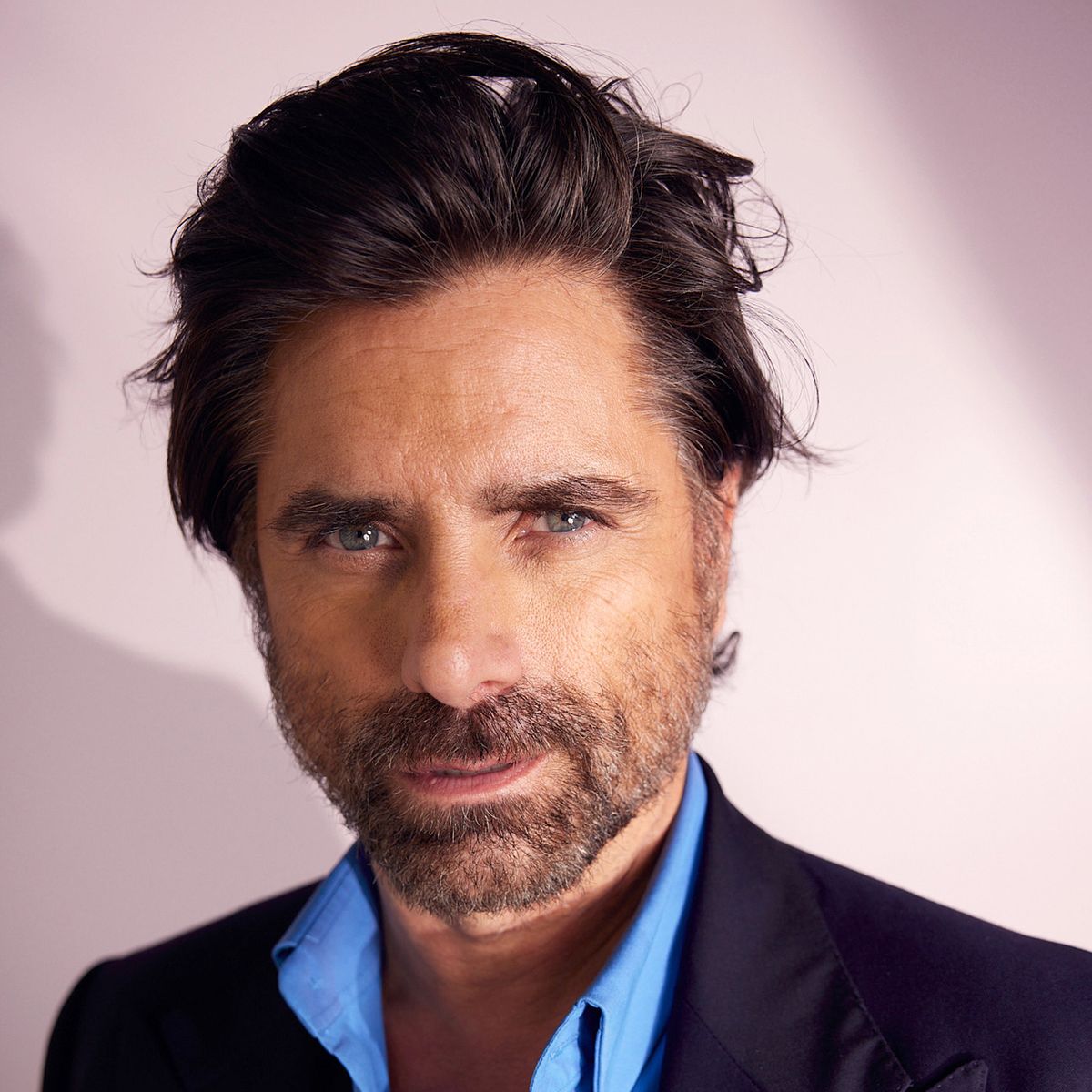 Who Is John Stamos?

Born in 1963 in Cypress, California, John Stamos first captured attention as a screen heartthrob on the soap opera General Hospital. He then landed the career-defining role of Uncle Jesse on the beloved hit show Full House, later reprising the character and serving as an executive producer on the Netflix spinoff Fuller House. Along with his contributions to popular programs like ER and YOU, Stamos has starred on Broadway and toured and recorded with The Beach Boys.

Born on August 19, 1963, in Cypress, California, Stamos is the son of Loretta (nee Phillips) and Bill, a restaurateur; Bill's father, a Greek immigrant, changed the family's surname from Stamatopolous to Stamos. The eldest of three, Stamos has two younger sisters, Alana and Janeen.

At his father's insistence, young Stamos worked for the family's fast-food eateries. Contrary to the bad-boy image he would later embody, Stamos spent his teen years flipping burgers for the Orange County-based Duke's and Yellow Basket restaurants, along with playing drums in John F. Kennedy High School's marching band.

In 1976 he saw his first Beach Boys concert — a seminal experience for the avid fan — and at 15, he began to pursue acting and music in earnest. His parents supported Stamos' artistic aspirations, and although he intended to enroll at Cypress College in 1981, Bill agreed that Stamos should skip his first semester to take a legitimate shot at a professional acting career.

Three weeks later, Stamos was cast as Blackie Parrish on the ABC soap opera General Hospital. While the character was originally scheduled for a five-episode arc, Stamos' popularity and audience appeal transformed Blackie into the show's new mainstay, and the young actor soon found that he had become a Hollywood heartthrob. Stamos earned several awards during his two-year stint as the sexy, savvy Blackie, and he was finally given full leave from his grill post at his father's restaurants.

In 1984 Stamos moved to prime-time with CBS's Dreams, a short-lived sitcom that featured him as the frontman of a working-class Philadelphia band. The following year, Stamos made the transition from television to film, starring in Never Too Young To Die. On the heels of his little-seen film performance, he was cast opposite Jack Klugman in the sitcom You Again?, which endured a single season.

Around that time, ABC began casting a new family-friendly show, Full House. The show centered on a single father (Bob Saget), his three young daughters D.J. (Candace Cameron), Stephanie (Jodie Sweetin), and Michelle (played by twins Mary-Kate and Ashley Olsen), and his live-in support system — best friend and comedian Joey (Dave Coulier) and brother-in-law Jesse. The latter role proved to be an ideal vehicle for Stamos. As the motorcyle-riding, Elvis-worshipping Uncle Jesse, Stamos became a huge success. By the time the series reached its second season, it had become a Top 20 hit, and Stamos was a household name.

Full House wrapped production in 1995, but the show earned a reboot on Netflix in February 2016 as Fuller House. Along with serving as an executive producer, Stamos returned as Uncle Jesse in a recurring role.

Touring with The Beach Boys

Having befriended his idols, The Beach Boys, Stamos was invited to drum with them at their Fourth of July set in 1985. The Washington, D.C., performance drew 1.5 million people and the band, pleased with Stamos' penchant for percussion, used him frequently as a touring and session drummer.

In the late '80s and early '90s, Stamos began touring and recording with The Beach Boys. After he appeared in the video for the 1988 hit "Kokomo," their joint efforts produced the single "Forever" (1992), which featured Stamos on vocals. The song later appeared in the Full House series to commemorate Jesse's wedding to love interest Rebecca, played by Lori Loughlin.

'Born to Ride,' 'How to Succeed in Business Without Really Trying'

Stamos took on other projects during his years on Full House: the World War II movie Born to Ride (1991); USA Network's The Disappearance of Christina (1993) and CBS's made-for-TV movie Fatal Vows: The Alexandra O'Hara Story (1994).

Struggling to separate himself from his Uncle Jesse screen persona, Stamos embraced theater and landed the lead role in the Broadway production of How To Succeed in Business Without Really Trying, replacing Matthew Broderick as the star. He also appeared in several made-for-TV movies: CBS's A Match Made in Heaven (1997) and The Marriage Fool (1998).

In the late '90s, Stamos founded St. Amos Productions. Intended as a venture to keep Stamos working in between acting roles, the company largely focused on small-screen productions. Its most notable effort, the ABC miniseries Beach Boys: An American Family (2000), garnered an Emmy nod.

Returning to television, Stamos was offered a leading role in ABC's Thieves, but the series was quickly canceled. He returned his focus to St. Amos, and produced MTVs The Virgin Chronicles (2002) and CBS's Martin and Lewis (2002). In between his behind-the-camera projects, Stamos also revisited the stage, starring as the Emcee in the Broadway production of Cabaret.

The ABC romantic-comedy Jake in Progress, which debuted in 2005, offered Stamos another shot at prime-time success. That same year, Stamos made a guest appearance on ER, NBC's enduring hospital drama. The response to his cameo was enormous, and injected life (and ratings) into the series. When executives canceled Jake in Progress in 2006, Stamos was able to join ER's 13th season as a principal character: military veteran Dr. Tony Gates. Late that year, Stamos starred in A&E's Wedding Wars as a gay wedding planner who stands up for his right to get hitched.

While continuing in his role on ER, Stamos appeared opposite Sean Diddy Combs and Phylicia Rashad in ABC's adaptation of A Raisin in the Sun (2008). The production was honored with nominations at the Golden Globes and the Emmys. After ER's cancellation in 2009, Stamos returned to Broadway, this time performing opposite Gina Gershon in the revival of Bye Bye Birdie, before landing a multi-episode guest spot on Glee.

Stamos went on to star in the sitcom Grandfathered, which aired during the 2015-16 season He followed with a prominent part in season 2 of Scream Queens, before landing another recurring role in the well-received psychological thriller YOU beginning in fall 2018. In November 2019, Stamos appeared in ABC's The Little Mermaid Live! as Chef Louis, a role he'd tackled a few years back in a Hollywood Bowl stage production.

Stamos has also served as host of A Capitol Fourth, an annual Independence Day concert, since 2017.

Between 1998 and 2005, Stamos was married to supermodel Rebecca Romijn.

Along with his acting work, Stamos has served as a spokesperson for Project Cuddle, an adoption-oriented non-profit organization.