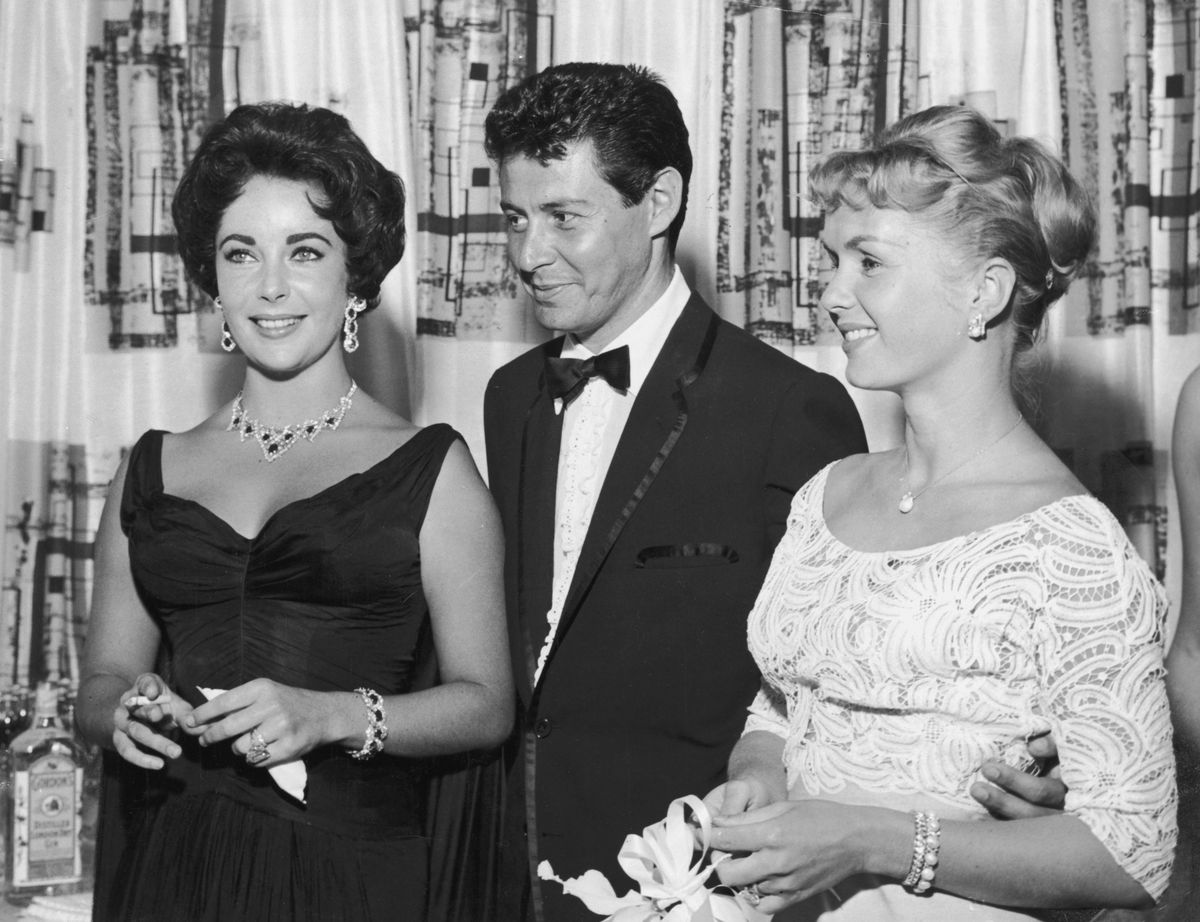 It was a love triangle straight out of a Hollywood farce: A famous singer divorces his equally famous movie actress wife, leaving her and their two young children in order to immediately marry one of her erstwhile best friends, who also happens to be a globally famous movie star.

Yet the events surrounding the divorce of Eddie Fisher and Debbie Reynolds, and his subsequent marriage to Elizabeth Taylor, were decidedly real and not something dreamed up by a fiction writer. That the two women would eventually reunite and mend their friendship only makes for a more fascinating story.

Fisher and Reynolds first met overseas while entertaining American troops during the Korean War, but studio-star Reynolds was already on friendly terms with Taylor. “I went to MGM when I was around 17, and Liz was there, too, but she was already a star,” Reynolds recalled to People. “We went to school together on the lot, when she was in between films. I was just a beginner, and she and I were not in any manner alike, but we got along very well because I was in awe of going to school with Elizabeth Taylor. And if anyone said they weren’t, then they were lying. Or blind.”

That friendship would remain and strengthen following Reynold’s marriage to Fisher, whose crooning tenor voice had propelled him to become a teen idol and one of the most successful recording artists of the early 1950s, having 17 songs in the Top 10 charts including “Thinking of You,” “Oh, My Pa-pa,” “Lady of Spain” and “Wish You Were Here.”

Reynolds had made a splash on the big screen in Two Weeks With Love (1950) and the global hit Singin’ in the Rain (1952). She and Fisher were married in 1955 and daughter Carrie Fisher (writer and actress of Star Wars fame) was born the following year. 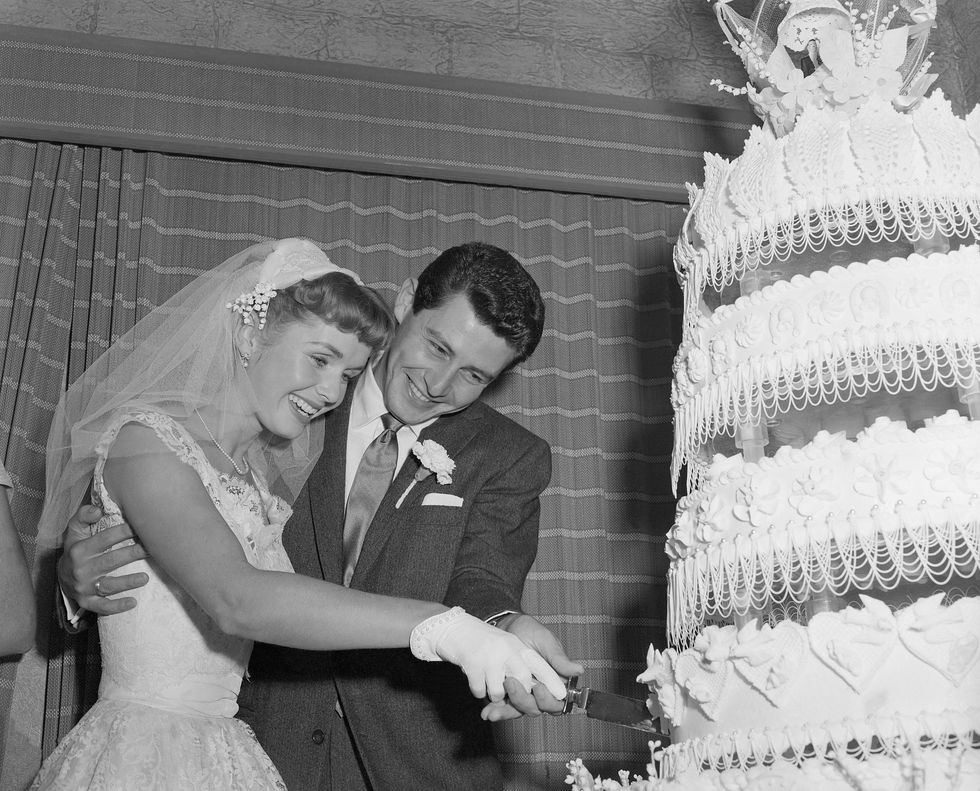 During the early years of their marriage, Reynolds and Fisher lived a charmed Hollywood life and were often photographed in the company of their good friends Taylor and her then-boyfriend, film producer Mike Todd. When Taylor married Todd in 1957, Fisher was in the role of best man and Reynolds was matron of honor to Taylor. So close was the bond that when Reynolds gave birth to a son in 1958, he was given the name Todd in honor of the friendship.

Almost four weeks after the birth of his namesake, Todd was killed when the private plane he was traveling aboard crashed in New Mexico. Fisher flew to Taylor’s side to comfort her and a month later separated from Reynolds to be solely with Taylor. According to Carrie’s one-woman show Wishful Drinking, when Todd died her father “rushed to [Taylor’s] side, gradually moving to her front.” 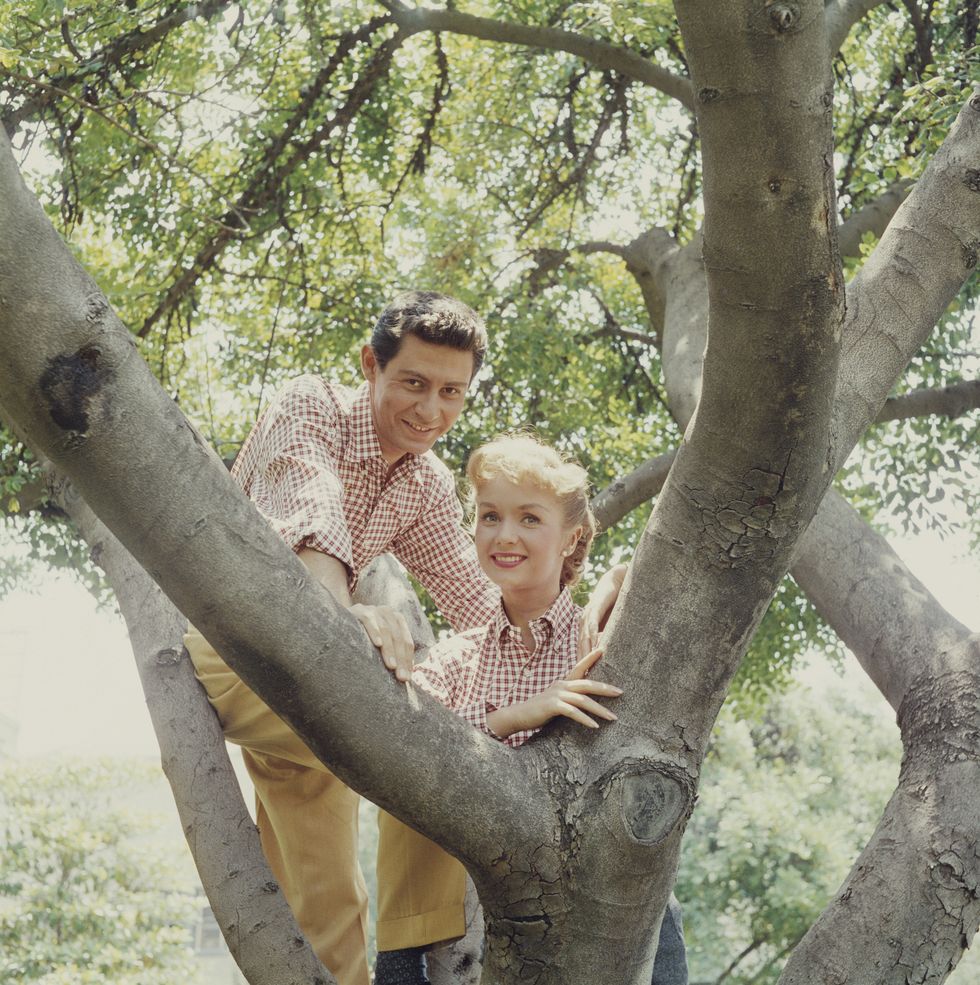 Reynolds was devastated over the infidelity according to her son, who recalls it being “one of Hollywood’s biggest, most notorious scandals” in his 2018 memoir My Girls: A Lifetime with Carrie and Debbie. Though her son says he remembers little of the “insane tabloid feeding frenzy” that followed in the wake of his parents’ split, he recalls Reynolds getting on with life as a sole parent of two small children who “went off to work every day to make movies” while the media blitz surrounding her marriage raged.

“The world was stunned,” Todd writes. “Eddie and Elizabeth were vilified. Eddie was declared a philandering, opportunistic loser, and Elizabeth was labeled a bad-girl, home-wrecking slut. Debbie, the good girl, the innocent, unsuspecting victim and single mom, was globally embraced with love and sympathy.”

Reynolds remained publicly quiet on the subject as Fisher and Taylor did most of the talking. The public interest in the love triangle only grew, peaking when Reynolds agreed — after a year of hesitation — to a quick divorce so Fisher and Taylor could wed. “I never felt bitter about Elizabeth,” Reynolds told People in 1983. “A man doesn’t leave a woman for another woman unless he wants to go. You know, when Mike Todd died, I sent Eddie to help Elizabeth. I don’t think she ever really loved Eddie. He was an interim interest during her mourning period.”

The scandal would have a direct effect on the careers of all involved. For Reynolds and Taylor, the public ordeal would only serve to make them bigger draws at the box office, commanding higher salaries per picture. Fisher’s star power, however, was forever tarnished by his decision to leave his wife and children for Hollywood’s most glamorous actress. His variety TV program was not renewed in 1959 and he was soon back to touring nightclubs and lounges.

“There was outrage,” Todd told Yahoo Entertainment of the backlash. “My dad had like contracts canceled for morality clauses. … It literally ruined his career.”

The rift between the former high school friends remained, even following Taylor’s divorce from Fisher in 1964 after she had begun an affair with her co-star Richard Burton during the filming of Cleopatra (1963). Reynolds had also remarried, this time to millionaire businessman Harry Karl in 1960. They divorced in 1973 with Reynolds facing financial difficulties due to Karl’s gambling and bad investments. 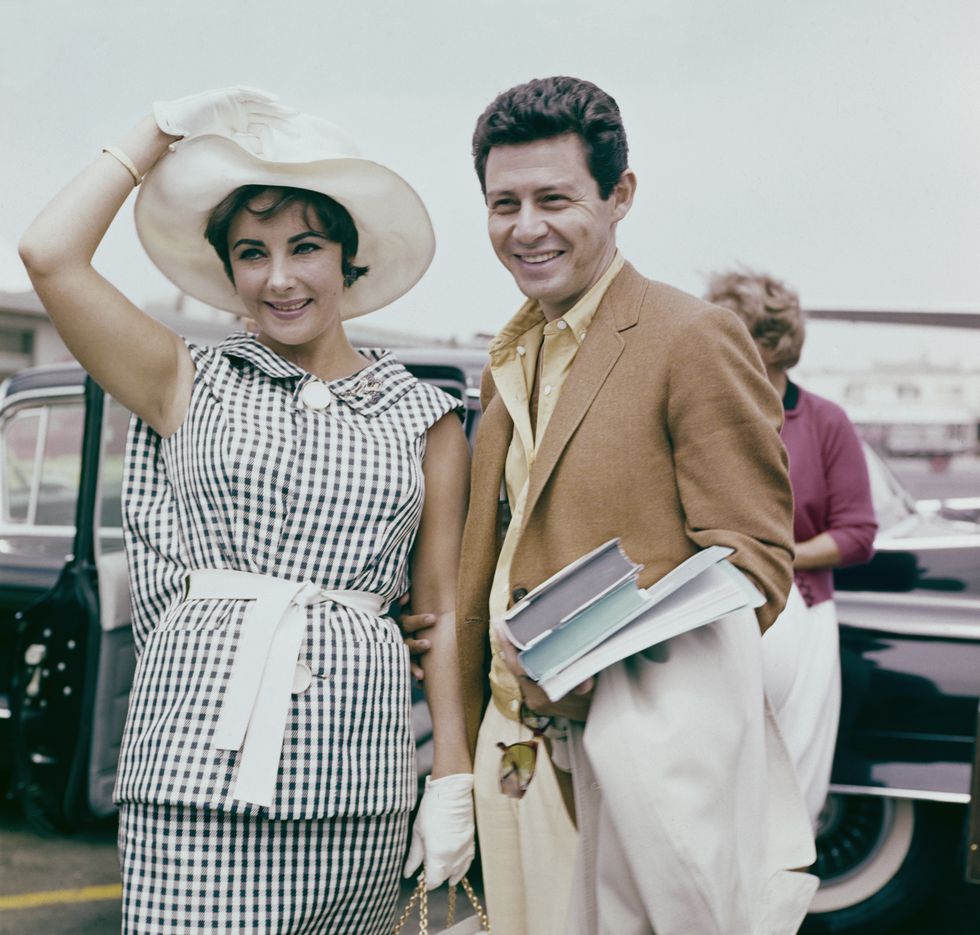 Reynolds never reconciled with Fisher, but it was on board the trans-Atlantic cruise ship the Queen Elizabeth in 1966 when the women involved in the original triangle found themselves at close quarters once more. Reynolds and Taylor made amends and soon Reynolds and Karl and Taylor and Burton were seen dining together on board, much to the delight of the tabloids, according to Todd.

So comfortable in their repaired friendship did they become that Taylor offered refuge to Reynolds at her uptown hotel on September 11, 2001, when both were stranded in New York City following the terrorist attacks. The same year they co-starred alongside Shirley MacLaine and Joan Collins in the made-for-television comedy film, These Old Broads, written by Carrie.

In the film both Reynolds and Taylor’s character settle a score over a past flame both were involved with — named Freddy. On set the two met ahead of a scene that dealt with their character’s long-ago love triangle. “I’m sorry for what I did to you with Eddie,” Taylor is quoted as saying to Reynolds in My Girls. “It caught Mom off guard that Elizabeth was still so emotional about it,” Todd writes of the apology.

Reynolds says she never read Fisher’s 1981 autobiography in which he remained bitter toward her and says their marriage was doomed even before his affair with Taylor. “I have no venom about Eddie,” Reynolds told People regarding the memoir in which Fisher portrays Reynolds as calculating and tightfisted. “His memory of what went on in our life is absolutely not true. I didn’t want to read it because I didn’t want to get upset. … I’m trying not to dislike him. He’s the father of my children.”

Fisher remarried three more times following his divorce from Taylor, with his fame continuing to wane ahead of his death from complications from hip surgery in 2010.

Reynolds and Taylor’s friendship only deepened over the remainder of their lives according to Reynolds’ son Todd. When Taylor died in 2011 she bequeathed Reynolds a pair of “spectacular” sapphire earrings and a matching bracelet and necklace. Reynolds passed away in 2016, a day after the death of her and Fisher’s daughter, Carrie.

“You have to look at what life is all about, and is it worth it? And, is he worth it?” Reynolds once said of the scandalous triangle involving herself, Fisher and Taylor. Ultimately, she declared the friendship with Taylor “was perhaps worth more.”