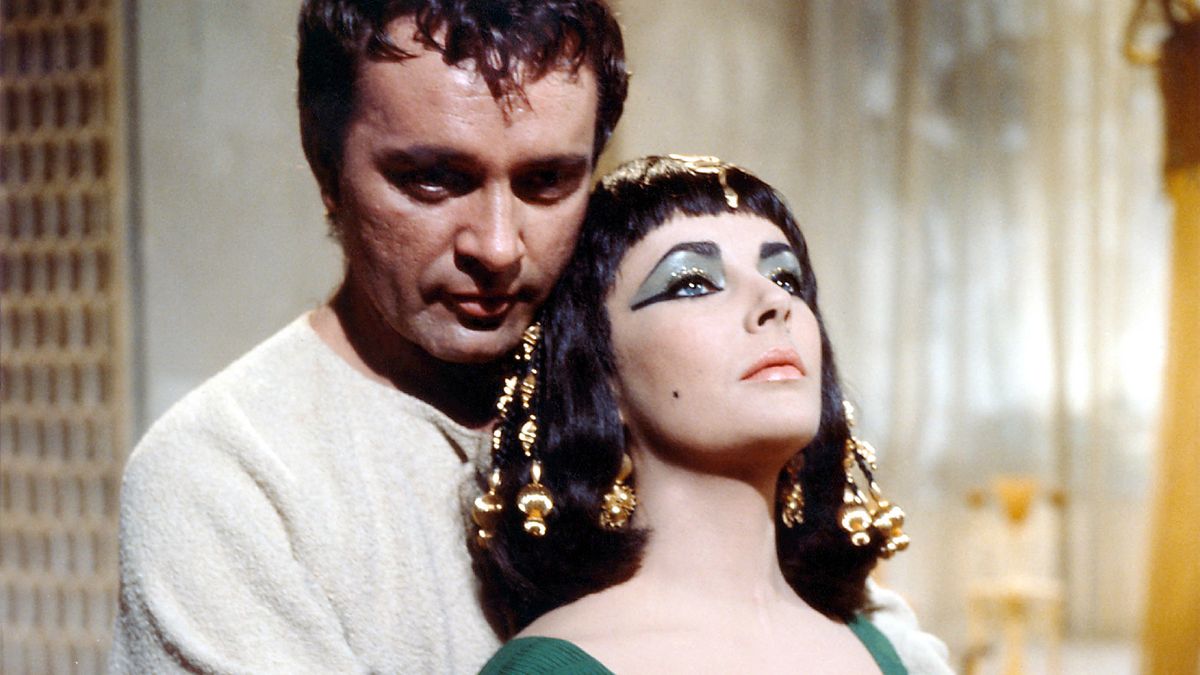 Romance blossomed between Elizabeth Taylor and Richard Burton on the set of Cleopatra in 1962. Their tumultuous relationship was built on irresistible chemistry, vicious fights, a luxurious lifestyle and awe-inspiring gifts. Even when they were the subject of controversy, they fascinated the public and the media. Through a decade-long first marriage, a divorce, a short-lived remarriage and a second divorce, the bond between them couldn't be broken.

Taylor didn't want to be a 'notch on his belt'

It wasn't love at first sight for Taylor and Burton. A decade before filming Cleopatra, they'd met at a party where his reputation as a womanizer had Taylor deciding, "I’m not gonna become a notch on his belt." In 1962, they came together again to make Cleopatra, which starred Taylor as the Egyptian queen and Burton as Cleopatra paramour Mark Antony. However, Taylor was unimpressed when Burton asked, "Has anybody told you what a pretty girl you are?"

A connection formed when a drunk Burton's shaking hands prompted Taylor to help him with a cup of coffee. Sparks flew between them when they filmed a scene that required her to gaze into his eyes, and an on-set kiss went on for far longer than the production required. Looking back, Taylor admitted, "When I saw him on the set of Cleopatra, I fell in love and I have loved him ever since."

Burton, who reportedly once proclaimed in the men's makeup trailer, "Gentlemen, I’ve just f****d Elizabeth Taylor in the back of my Cadillac!," had experienced many on-set romances. He initially assumed his time with Taylor would fall into the same category, but soon realized this relationship was more meaningful than a simple fling.

Their volatile relationship was a public spectacle

The romance was an intense one. Both Taylor and Burton were heavy drinkers, and they didn't hold back from screaming at and fighting with each other. According to studio head Spyros Skouras, in one violent altercation with Burton, Taylor "got two black eyes, her nose was out of shape, and it took 22 days for her to recover enough in order to resume filming." (Taylor attributed her injuries to a car accident). Throughout the troubled production of Cleopatra, the romance continued, as did the attention it drew. 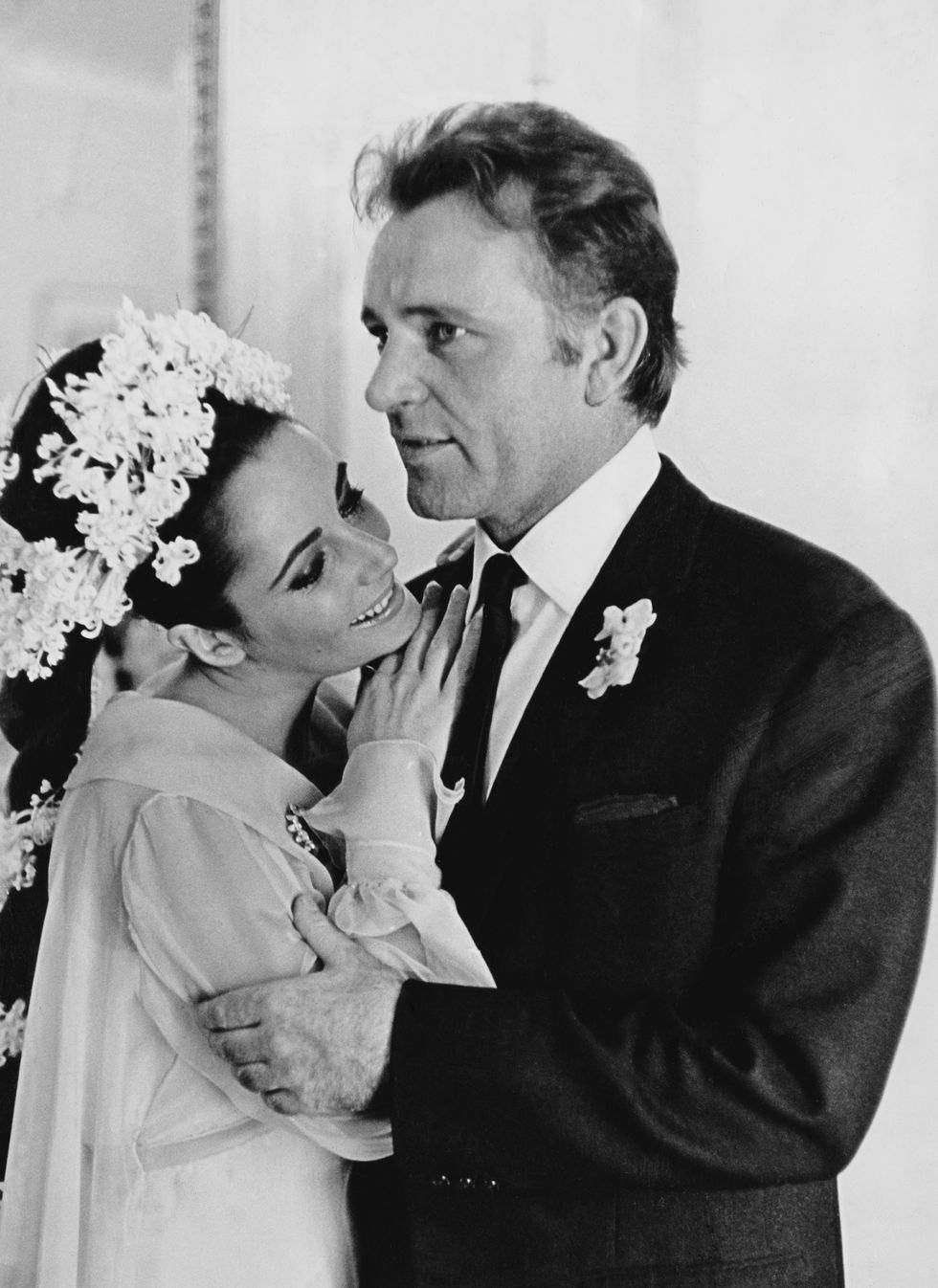 Taylor and Burton were in other relationships when they got together

Taylor was not only a world-famous movie star, but she'd also already been tabloid fodder for being the "home-wrecker" behind the end of Debbie Reynolds and Eddie Fisher's marriage. Taylor's relationship with Fisher had begun in grief: After Taylor's third husband, Mike Todd, died in a plane crash, she and his friend Fisher grew close. Fisher eventually became her fourth husband but now she felt the marriage had run its course, and he was unable to do anything to stop the freight train of Taylor and Burton's romance.

Burton had subjected his wife Sybil to numerous infidelities. During his romance with Taylor, she expected her husband to return to her, as he'd always done. But Burton found he couldn't stop seeing Taylor, who was so enraptured that she overdosed on sleeping pills when Burton tried to leave her. She later said, "We did try and resist. My marriage with Eddie was over, but we didn’t want to do anything to hurt Sybil."

It took time to officially end things with their respective spouses, but nine days following Taylor's divorce from Fisher, Burton and Taylor married in Montreal on March 15, 1964. Their blended family included an adopted girl, Taylor's daughter from her third marriage and two sons from her second marriage. Burton had two daughters of his own with Sybil. But instead of sinking into humdrum domesticity, their married life continued to enthrall observers. As Burton noted, "For some reason, the world has always been amused by us two maniacs."

Together, Burton and Taylor partied hard and drank heavily. They owned homes across the globe and traveled the world, renting the hotel suites above and below their own (their passionate fights could get loud). They bought valuable artwork, a yacht, a private plane and luxury cars.

Burton, who wrote in 1971, "I love Elizabeth to the point of idolatry," often presented Taylor with jewels. These included the 69-carat Taylor-Burton diamond, the 50‑carat La Peregrina Pearl, and the 33-carat Krupp diamond. As the Krupp family had helped make German weaponry during World War II, Taylor noted, "I always thought it was kind of poetic that a nice Jewish girl like me gets to wear it." 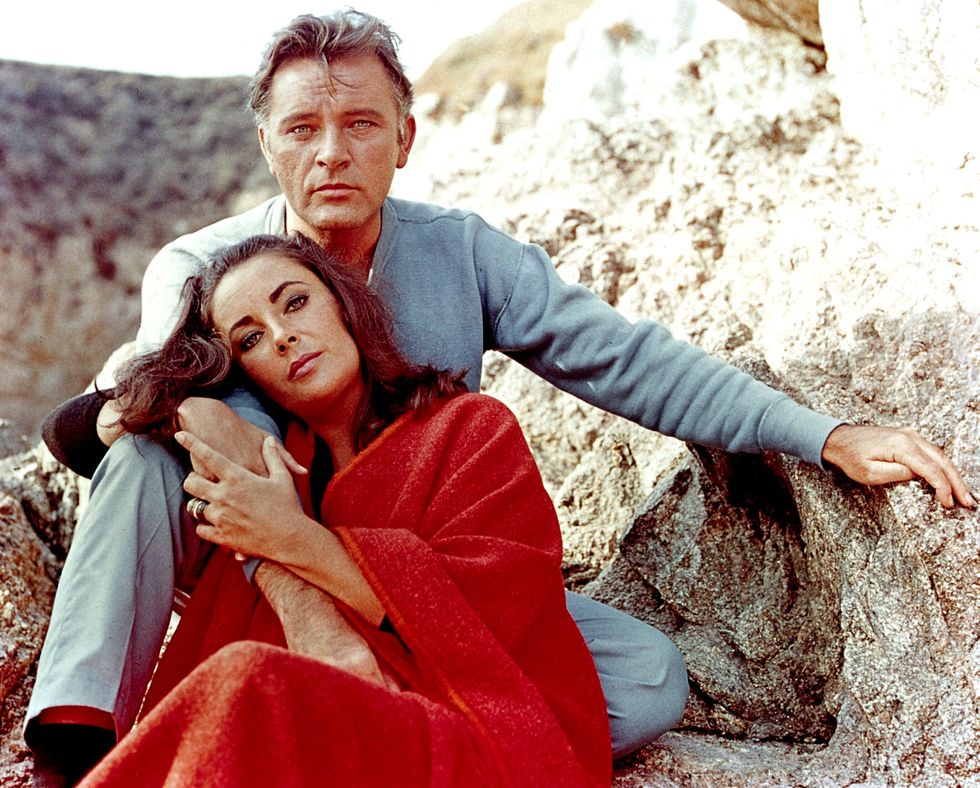 Their acting careers continued to boom

Taylor and Burton's lifestyle was an expensive one, but they were able to afford it thanks to their acting careers. When they began their affair, Taylor had been the true movie star while Burton had earned more respect for his roles on stage, but their romance lifted his profile and boosted his status in Hollywood. She gave him tips for a successful film career as his level of stardom rose.

In addition to separate projects, they co-starred in a total of 11 films. Public interest generated by their off-screen relationship helped many of these movies succeed even when they weren't very good. But critics appreciated their work in the 1966 adaptation of Edward Albee's play Who’s Afraid of Virginia Woolf?, which landed Taylor her second Academy Award for Best Actress, and in 1967's The Taming of the Shrew.

Taylor and Burton divorced, got remarried and then divorced again

Taylor and Burton co-starred in a television movie, Divorce His, Divorce Hers, in 1973. The title proved prescient. Throughout their marriage, they had clashed and fought, earning the nickname "the Battling Burtons." Their conflicts and ongoing drinking became so great that the two divorced in 1974.

The couple reconciled and re-wed in Botswana in October 1975, but the second marriage was over in less than a year. Taylor said, "We had a good marriage. Something went wrong, but we're still good friends. I know I did everything in my power to make the marriage work."

Burton seemed to understand why their time together was over. "Elizabeth and I lived on the edge of an exciting volcano. I'm not easy to be married to or live with. I exploded violently about twice a year with Elizabeth. She would also explode. It was marvelous. But it could be murder."

Though they both moved on to other spouses (in 1976, Burton wed Susan Hunt, while Taylor tied the knot with Virginia politician John Warner), their connection continued. They often spoke on the phone and were together for her 50th birthday celebration in 1982. "Elizabeth and I will never remarry," Burton told reporters after taking her home that night. "She may marry someone else, and so may I, but we will always be drawn back to each other."

Taylor says Burton wrote her a love letter before his death

In 1983, Taylor and Burton appeared together in a revival of the Noel Coward play Private Lives, about a divorced couple who reconnect while honeymooning with new partners. Public fascination with Taylor and Burton was ongoing, so tickets sold well. However, the reviews were terrible and Taylor missed several performances due to physical ailments. During one of her absences, Burton married his fourth wife, Sally Hay.

On August 5, 1984, a cerebral hemorrhage claimed 58-year-old Burton's life while he was sleeping in his Swiss home. Taylor didn't attend his funeral or memorial service in Wales, as his widow was wary of creating a spectacle. Taylor was at a service at a London church, where attention focused on her. The year of his death she also placed roses on his grave at Christmas.

Taylor said Burton sent her one last letter shortly before his death (though his widow has denied this was possible). According to Taylor, Burton expressed his desire to come home to her. She shared his sentiments. As she said in an interview with Vogue, "I was still madly in love with him the day he died. I think he still loved me, too." The letter was reportedly buried with Taylor after she died in 2011.