George Washington Carver created more than 300 products from the peanut plant but is often remembered for the one he didn't invent: peanut butter. The agricultural scientist is often given credit for "discovering" something that was already there. Still, his story fits nicely alongside the rise of peanut butter as a culinary favorite in the first decades of the 20th century, making him an appropriate symbol for this distinctly American specialty.

Born into slavery in Missouri, near the end of the Civil War, Carver displayed a curiosity for learning and delicate touch for plant life from his earliest years. Rejected from one college, which had accepted him before realizing he was Black, Carver eventually entered Iowa's Simpson College and then the school that became Iowa State University, where he earned his master's in agriculture in 1896.

As director of the agricultural department at Booker T. Washington's Tuskegee Institute, Carver worked to develop sustainable farming practices when he wasn't bogged down by more menial tasks like actually teaching. Generations of cotton planting and the intrusion of the boll weevil had decimated Southern farms by the early 1900s, and Carver encouraged farmers to develop other crops that revitalized the soil, like cowpeas, beans, sweet potatoes and peanuts.

One of his earliest known achievements was the development of the Jesup Wagon, a school on wheels that paid visits to poor farmers in remote areas beginning in 1906. Carver also sought to give growers additional incentive by devising alternate uses for the crops he championed, producing an array of items that included medicines, lotions and soap. 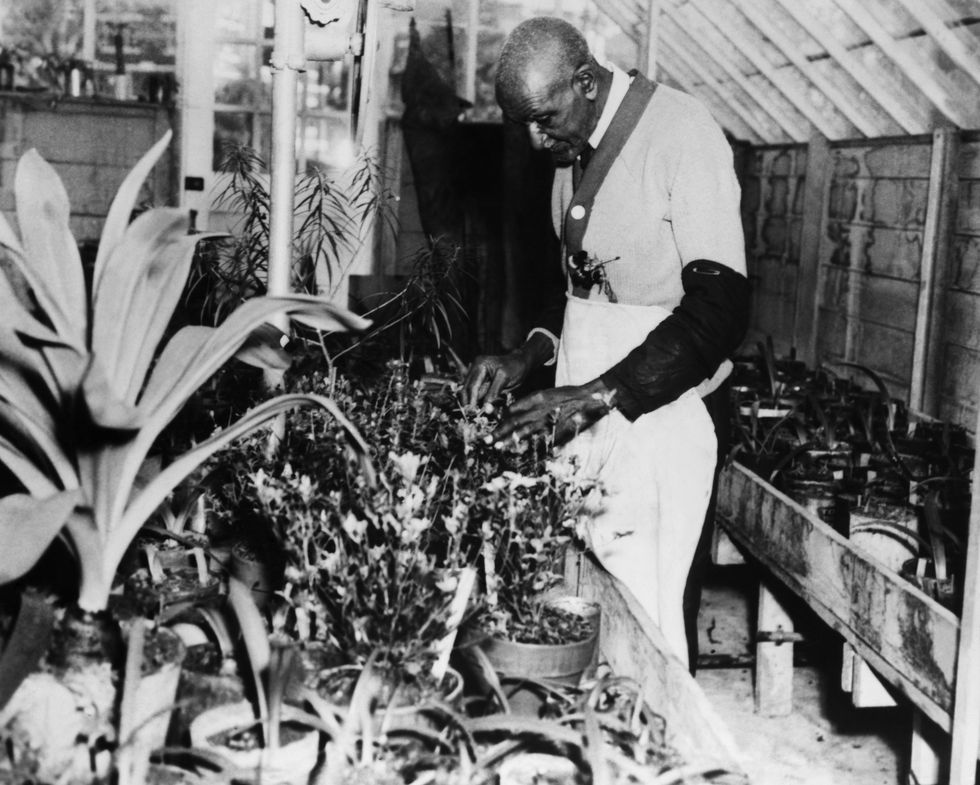 John Harvey Kellogg filed a patent for peanut butter in 1895

Meanwhile, the product that Carver supposedly invented had already made its way onto dining room tables by the mid-1890s. As detailed in Jon Krampner's Creamy & Crunchy: An Informal History of Peanut Butter, the All-American Food, credit for its existence can either go to physician John Harvey Kellogg, who filed its first patent, or snack food entrepreneur George A. Bayle, whose creation bears a stronger resemblance to today's ubiquitous spread.

After making a celebrated appearance at the 1904 World's Fair in St. Louis, Missouri, peanut butter began appearing in stores under the names of national brands like Beech-Nut and Heinz. By 1919, according to Creamy & Crunchy, companies had churned out 158 million pounds of peanut butter, nearly five times the number from 1907. 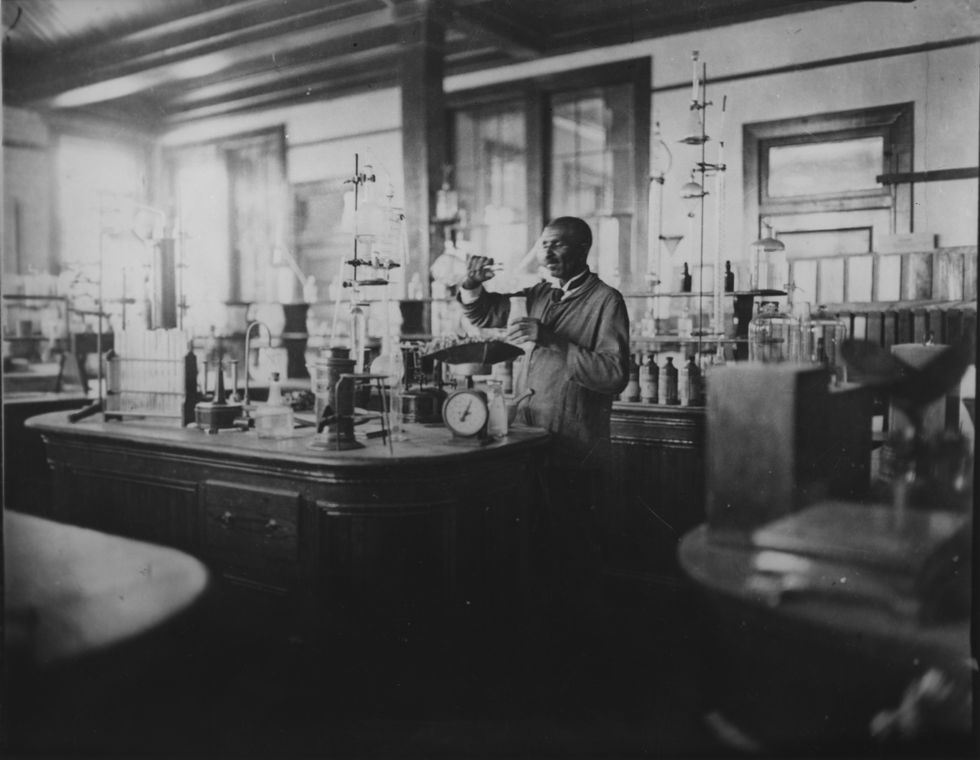 Carver's association with the legume began with his 1916 pamphlet "How to Grow the Peanut and 105 Ways of Preparing it For Human Consumption," but it wasn't until after the war that his reputation as the "Peanut Man" took root.

In 1920, Carver was invited to share his discoveries with the United Peanut Association of America, which was seeking a protective tariff from international competitors. He then appeared on the UPAA's behalf before the House Ways and Means Committee in early 1921 and won over a hostile audience with his clear enthusiasm for the peanut dyes, milk, powders and the like arranged on the table.

Thanks in large part to his presentation, the UPAA got their tariff, and Carver became a celebrity.

Despite not inventing peanut butter, Carver still created hundreds of peanut products, many of which he did not patent

He eventually earned more attention for promoting peanut oil massages as a means for curing polio, with President Franklin D. Roosevelt reportedly among those who touted its benefits. Altogether, the agricultural scientist came up with hundreds of peanut products before his death in 1943, though many of them are novelty items that are more easily made from other substances.

So how is that Carver became known as the man who invented peanut butter?

It helps that his life story was already being described in mythological terms while he was still alive. Creamy & Crunchy cites a 1921 article in Success Magazine that called Carver the "Columbus of the Soil." And for all his renown, Carver's actual innovations are harder to pin down, as he filed for very few patents and refused to document most of his research.

While he didn't invent peanut butter, Carver still deserves kudos for the attention and aid he brought to the peanut industry as it was still expanding, particularly at a time when the contributions of African Americans were often overlooked.