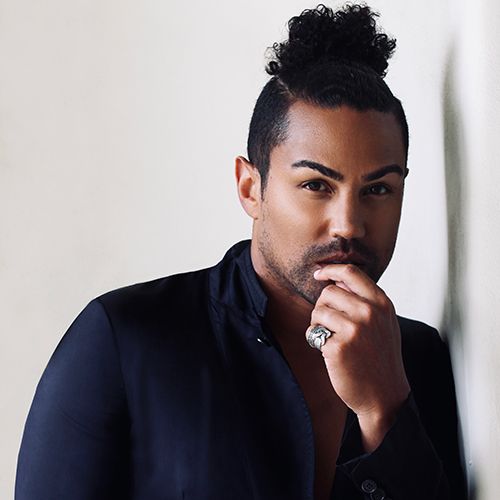 Who Is TJ Jackson?

TJ Jackson formed a group with his brothers Tariano ("Taj") and Taryll called 3T. They released their first album in 1995 and had a hit with the song "Anything." Their next album came out in 2004. Jackson and his brothers performed together in 2011 at a tribute concert for their uncle, pop legend Michael Jackson in 2011. The following year, TJ Jackson became a temporary guardian to Michael's children, Prince, Paris and Blanket.

Jackson was born Tito Joseph Jackson on July 16, 1978, and grew up in Los Angeles, California, with brothers Tariano (later known as Taj) and Taryll. Their mother, Delores, "made sure that we had a real childhood, with birthday parties, baseball, family outings, all that stuff," Taj told People magazine.

In his teens, Jackson and his brothers formed the group 3T. The group released their first album Brotherhood in 1995, on which proved to be a family affair. Their uncle, Michael Jackson, produced some of their songs, and their father and uncles Marlon Jackson, Jackie Jackson and Jermaine also performed on the record. But the group was rocked by tragedy before their album even hit store shelves. Mother Dolores, who had split from their father, Tito, in 1993, died in August 1994 at her boyfriend's house. The boyfriend, Donald Bohana, was later convicted of second-degree murder for her death.

A student at the Buckley School, Jackson juggled his musical career with his academics and baseball. He was one of the school's top players and would travel back to Los Angeles after performances abroad just for a game. Jackson also dated now famous reality star Kim Kardashian as a teenager.

Jackon's band, 3T, had some success with their first album, including the hit single "Anything," but they"didn't release a new record for nearly a decade. Released in 2004, Sex Appeal came and went without much notice. Jackson and his brothers later reunited to sing at an October 2011 concert that was held in Cardiff, Wales to honor their late uncle, Michael, who died in 2009.

In July 2012, Jackson found himself in the media spotlight. A Jackson family feud erupted over his uncle Michael's estate and the custody of Michael's three children, Paris, Prince and Blanket (Bigi). Following Michael's death, Jackson's grandmother, Katherine Jackson, became the legal guardian of the three children, but Jackson was granted temporary custody after his grandmother was erroneously reported missing by a relative (she was actually traveling in Arizona at the time). On July 25, 2012, a court suspended Katherine as the children's guardian for being away and out of communication with the children for 10 days.

Before Katherine's location could be confirmed, speculation quickly grew regarding her whereabouts, with Paris, Prince and Blanket becoming worried that they were possibly being prevented from communicating with their grandmother by other family members. Exacerbating the paranoia, Katherine Jackson's "disappearance" came shortly after a dispute between her and several members of the Jackson clan — including singer Janet Jackson — who raised questions about the validity of Michael Jackson's will, pointing fingers at the Jackson matriarch and calling for the executors of his estate to resign.

Long before becoming their temporary guardian, Jackson was reportedly very involved in the lives of Paris, Prince and Blanket. "The children absolutely adore TJ, and he is one of the few voices of sanity in this whole situation," a source told the Chicago Sun-Times.

On August 2, 2012, a judge restored Katherine Jackson as the permanent guardian of Paris, Prince and Blanket, also approving a plan granting Jackson co-guardianship of the children.