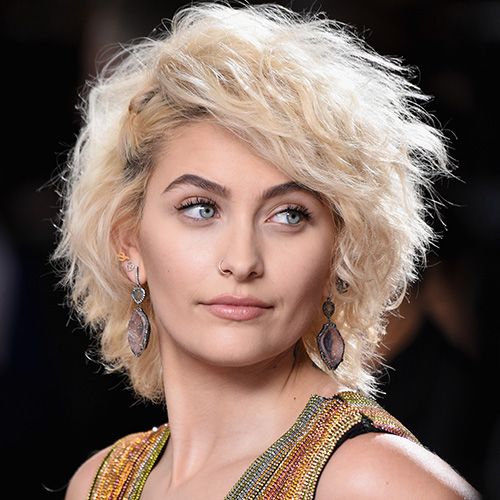 Who Is Paris Jackson?

Paris Jackson is the second child and only daughter of the late pop legend Michael Jackson. Paris' biological mother is Debbie Rowe, an ex-wife of Jackson, who signed over custody of Paris — as well as her son, Paris' brother Prince Jackson — to Jackson, following the couple's divorce in 1999. Paris and Prince's youngest sibling is Blanket "Bigi" Jackson.

On June 25, 2009, Jackson suffered cardiac arrest at his Los Angeles home and died shortly after being transported to a nearby hospital. At the time of her father's death, Paris was 11 years old. As dictated by her father's will, Paris and her brothers came under the legal care of their grandmother, Katherine Jackson.

In February 2010, an official coroner's report on Jackson's death was released, revealing that the singer had died from acute propofol intoxication. Aided by his personal physician, Dr. Conrad Murray, Jackson had used the drug, among others, to help him sleep. A police investigation revealed later that Murray hadn't been licensed to prescribe most controlled medications in California, and the doctor's actions as Jackson's caretaker were subsequently further scrutinized. Murray was found guilty of homicide on November 7, 2011, receiving a four-year prison sentence.

Believing that A.E.G. Live — the entertainment company that promoted Jackson's planned comeback concerts in 2009 — had failed to effectively protect the singer while he was under Murray's care, the Jackson family decided to take legal action against the company. Katherine officially filed a wrongful death lawsuit against A.E.G. with Paris, Prince and Blanket, and the trial began in April 2013. Lawyers sought up to $1.5 billion — an estimation of what Jackson could have earned over the months since his death if he were alive — in the case. In October 2013, a jury determined that A.E.G. wasn't responsible for Jackson's death. "Although Michael Jackson's death was a terrible tragedy, it was not a tragedy of A.E.G. Live's making," said Marvin S. Putnam, A.E.G.'s lawyer.

Paris, Prince and Blanket had managed to largely stay out of the limelight, infrequently making public appearances since their father's death. However, Paris and her brothers spoke to their father's fans during his funeral in 2009, and again in January 2010, accepting a posthumous Lifetime Achievement Award for Jackson at the 2010 Grammy Awards.

In June 2012, Paris made a guest appearance on the Oprah Winfrey series Next Chapter, where she discussed her father, her childhood and her experience as a victim of cyberbullying.

In early June 2013, several media outlets reported that emergency responders were called to Paris' home following a possible suicide attempt. According to a report by People.com, Paris was hospitalized after she "cut her wrists with a kitchen knife and took as many as 20 ibuprofen tablets." She underwent treatment after this incident (there had been previous suicide attempts before this one) and has been able to move forward with her life.

"It was just self-hatred," she told Rolling Stone in 2017. "Low self-esteem, thinking that I couldn't do anything right, not thinking I was worthy of living anymore."

By 2015, Paris appeared to be in a much better place in her life. She began dating Chester Castellaw, but the pair called it quits shortly after. After she turned 18, she moved out of her grandmother's home and into her father's old estate, converting his private studio into an apartment. Meanwhile, she struck up a relationship with musician Michael Snoddy, which ended by early 2017.

In July 2018, a Los Angeles court granted Paris a temporary restraining order against a man she claimed was stalking her. According to court documents, the accused stalker approached Jackson outside of her recording studio, said he waited extensively for her and refused to leave. The man also mentioned a shotgun, saying, "by midnight it will all be over."

Two months later, Paris revealed on Instagram Story that she had undergone surgery to remove "an abscess that was almost the size of a golf ball." Despite being in pain, she was able to perform with her band, the Soundflowers, the following day.

Known for her piercing ice-blue eyes and beauty, Paris has come into her own as a young adult, appearing at many red carpet events and trying her hand at modeling and acting.

In 2017 she signed with IMG Models and also got her first acting job on FOX's Star, produced and directed by Lee Daniels. In 2018 she appeared in the film Gringo.