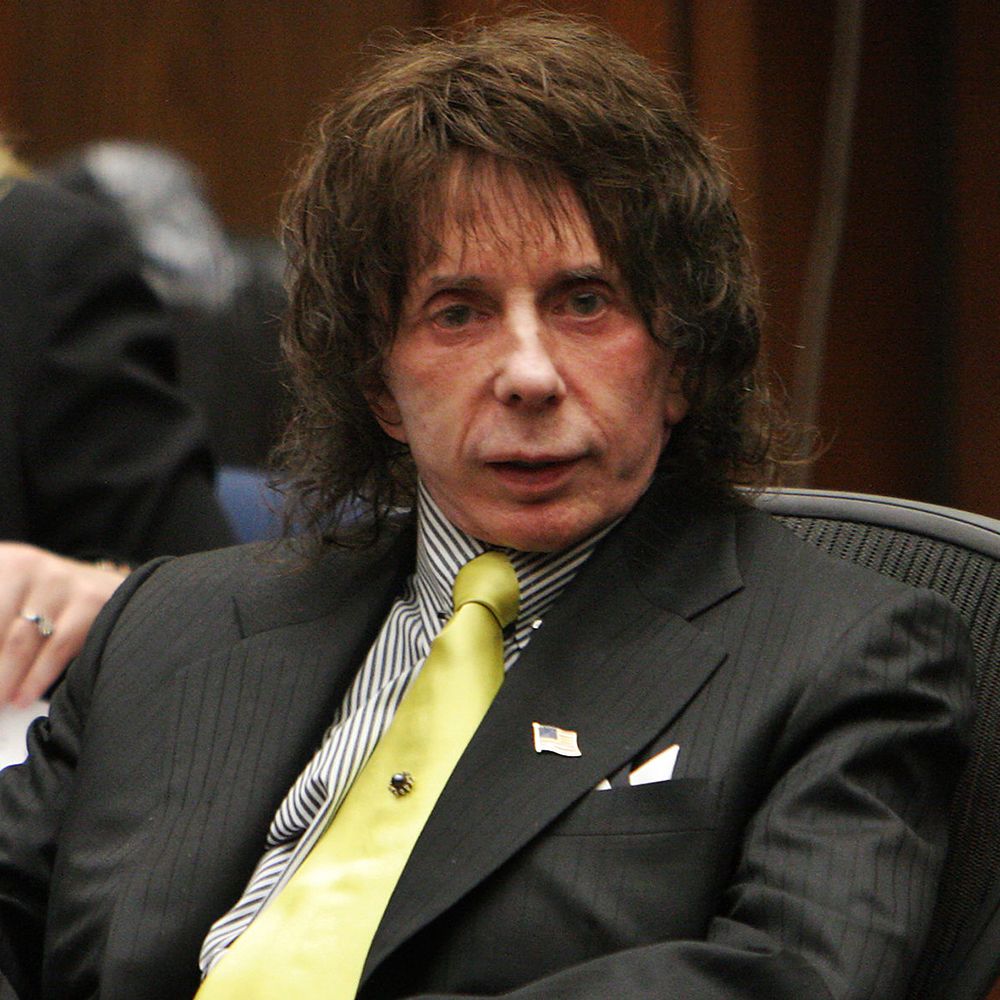 Who Was Phil Spector?

Phil Spector got his first hit song while still in high school with a group called The Teddy Bears. Spector went on to write and produce multiple number one songs in the United States and the United Kingdom, also developing the "Wall of Sound" technique. In 2009, Spector was convicted of the murder of Lana Clarkson and received a 19-year prison sentence.

Spector was born Harvey Philip Spector on December 26, 1939, in New York City. When Spector was 9 years old, his father committed suicide. His grieving family moved to Los Angeles in 1953.

Spector attended Fairfax High School, where he learned how to play the guitar and started writing songs. During his time at Fairfax, he met fellow students Marshall Leib, Harvey Goldstein and Annette Kleinbard. Together they formed the music group The Teddy Bears, and had a No.1 hit in the United States and the United Kingdom with "To Know Him Is To Love Him." The title of the song was taken from the inscription on Spector's father's grave.

The Teddy Bears seemed destined for fame, but their next single, "I Don't Need You Anymore" only reached No. 91 on the charts. Proceeding singles proved to be even less successful, and the band split up in 1959.

After the group went their separate ways, Spector drifted around a little, then returned to Los Angeles and re-entered the record business to concentrate on producing.

With the help of independent producers, Lester Sill and Lee Hazlewood, Spector went to New York and worked with hit-makers Jerry Leiber and Mike Stoller. He became a staff producer for Dune Records, where he produced a string of hits and became an industry sensation. In 1961, Spector and Still formed their own label, Philles Records. The partners signed on the group The Crystals, whose first single, "There's No Other (Like My Baby)" made it to No. 20 on the Billboard chart. Their next release, "Uptown," hit No. 13.

By the age of 21, Spector was a millionaire who was responsible for producing 20 consecutive smash hits. During this time, he started to work on his "Wall of Sound" technique in earnest. The "Wall" approach to production involved a process of overdubbing scores of musicians to make a full sound. The effect created a "roar," which Spector described as the "Wagnerian approach to rock 'n' roll." This style served to make Spector even more famous in the music industry, and many iconic artists would begin imitating this technique in future years, including The Beach Boys and Bruce Springsteen.

But life wasn't unfolding exactly as Spector had hoped. In 1966, he produced Ike and Tina Turner's single "River Deep, Mountain High." Spector considered it his greatest production to date. While it placed at No. 3 on the U.K. pop charts, it peaked at No. 88 in the U.S. Embittered, Spector went into seclusion for two years, during which time there were reports of strange, near-psychotic behavior. He did very little for the rest of the 1960s.

Collaboration with the Beatles

In 1969, Spector returned to work after he was asked to produce George Harrison and John Lennon's solo albums. After successful results, he was asked to turn a series of the Beatles' recording sessions into a marketable album. The resulting work, Let It Be, topped both the U.S. and U.K. charts and yielded the No. 1 single, "The Long and Winding Road." For the next several years, Spector continued to produce successful solo albums for Lennon and Harrison. But as the 1970s progressed, Spector's behavior vacillated between bizarre and reclusive. After several months of tension between Spector and several members of The Beatles, the two parted company.

In spite of his bizarre behavior, Spector was inducted into the Rock and Roll Hall of Fame in 1989. He went on to write and produce music until 2003, when he was arrested in connection with the fatal shooting of actress Clarkson. After a panicked 911 call from Spector's driver, police discovered Clarkson's body at the producer's mansion in Alhambra, California. She had been shot dead, with a gunshot wound through the roof of her mouth. On November 20, 2003, Spector was indicted for Clarkson's murder.

A year later, Spector was ordered to stand trial in Los Angeles. During the proceedings, Spector would arrive at court wearing various wigs which became a hot topic on internet blogs. The case itself came to a head on September 26, 2007, but jurors could not reach a definite verdict. The murder case was declared a mistrial.

Proceedings for a murder retrial began in October 2008, and Spector was found guilty of second-degree murder in 2009. He was sentenced to 19 years in North Kern State Prison in California. He was also ordered to pay $17,000 to Donna Clarkson, Clarkson's mother, for funeral expenses. Throughout his incarceration, Spector has not been allowed to wear any type of wig.

Spector passed away on January 16, 2021, from natural causes.

In March 2013, Al Pacino played Spector in the movie Phil Spector about the famous record producer's murder trial and conviction.