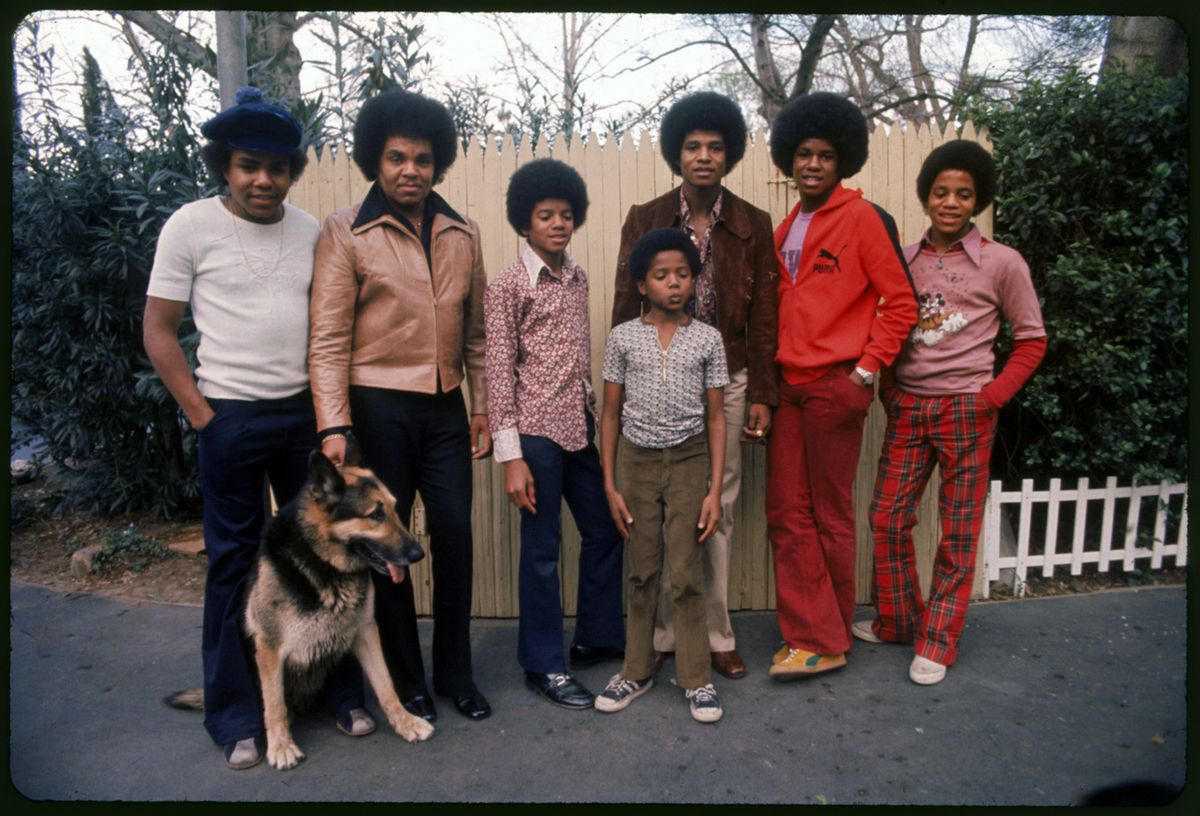 Accepting the Grammy Legend Award in 1993, pop superstar Michael Jackson said the following: “My childhood was taken away from me. There was no Christmas, there were no birthdays, it was not a normal childhood, nor the normal pleasures of childhood. Those were exchanged for hard work, struggle and pain and eventually material and professional success. But as an awful price I cannot recreate that part of my life. Nor would I change any part of my life.”

Strong words from a performer whose early life – alongside eight siblings in a simple, two-bedroom house in Gary, Indiana – has been much discussed and analyzed for insights into the family that spawned some of the greatest entertainers of the last century. While many of the Jackson children, including Michael, have spoken fondly of their years in Gary, what has received most media coverage is the alleged physical and mental abuse and constant work doled out by patriarch Joseph Jackson.

READ MORE: How Michael Jackson's Child Stardom Affected Him as an Adult

Only 25 miles from downtown Chicago, Gary was where Joseph “Joe” Jackson settled at age 18 and is where he met and courted future wife Katherine Screws. Married in 1949 they would have 10 children together over a period of 16 years: Rebbie, Jackie, Tito, Jermaine, LaToya, Marlon, Brandon (Marlon’s twin who died shortly after birth), Michael, Randy and Janet.

“I just had a feeling that he would be my husband,” Katherine said of Joe during an interview with ABC News in 2009. “The first time I saw him, I fell in love with him. … Really, he was so nice. He tries to be tough now.”

Following their marriage, Joe and Katherine moved into a two-bedroom house on the corner of Jackson Street and 23 Avenue. Joe, an aspiring boxer and a musician, realized supporting his family would have to take priority and he worked as a welder and crane operator at U.S. Steel, sometimes holding three jobs at a time in order to look after his growing family. Katherine was a homemaker and a devout Jehovah’s Witness. A singer and pianist she encouraged her children’s musical talents.

“We were a family that sang all the time,” Michael once said of his early life in Gary. “We would take the furniture out of the living room and dance. We would have a songwriting competition while we washed the dishes… while we were cleaning. Music was our destiny.” 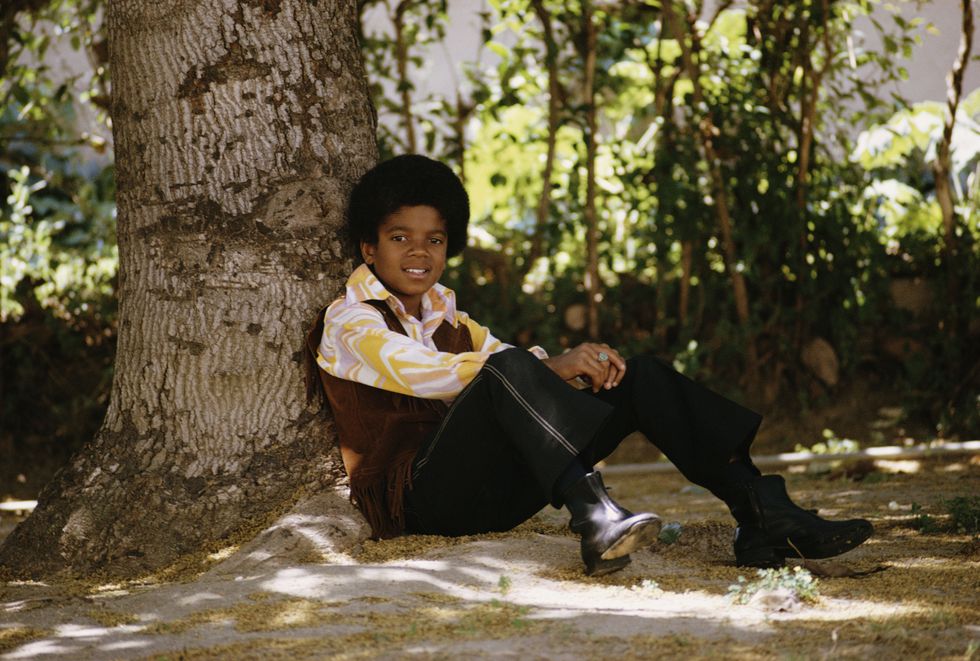 But Michael would learn from an early age that his childhood was different from other kids. In his memoir, You Are Not Alone: Michael Through a Brother’s Eyes, Jermaine writes about looking out from their house at the decorated homes across the street when he was eight-years-old and Michael was four.

“We observed all this from inside a house with no tree, no lights, no nothing. Our tiny house… was the only one without decoration. We felt it was the only one in Gary, Indiana, but Mother assured us that, no, there were other homes and other Jehovah’s Witnesses who did not celebrate Christmas… But that knowledge did nothing to clear our confusion: we could see something that made us feel good, yet we were told it wasn’t good for us.”

One of the few possessions Joe had kept from his musician days was his guitar, an item not to be touched by his children, according to Michael’s 1988 autobiography Moonwalk. His kids didn’t listen and one day Tito took out the instrument, breaking a guitar string in the process. Tito hid in fear of retribution from Joe, Michael writes, but when their father demanded to be shown what he could do with the guitar, Tito obliged, shocking his father and giving him the idea to form a musical group made up of his offspring.

In 1963 The Jackson Brothers was formed featuring Jackie, Tito and Jermaine. They entered local talent shows and competitions and by 1965 Joe added younger brothers Marlon and Michael, renaming them The Jackson 5 in 1966. Joe the father had quickly become Joe the manager.

Joe Jackson required his children to call him 'Joseph'

A strict taskmaster, Joe enforced long and grueling rehearsals for his sons in order for them to have their songs and routines polished. It is this coopting of a childhood Michael would come to lament the rest of his life. Michael often said he grew up in an adult world. “I grew up onstage. I grew up in nightclubs. When I was seven, eight years old I was in nightclubs,” he revealed in a 2002 Gold magazine interview. “I saw striptease girls take off all their clothes. I saw fights break out. I saw people throw up on each other. I saw adults act like pigs.”

The Jackson girls were also subjected their father’s aspirations for his children, and his remoteness. “You call me Joseph,” Janet recalled her father saying after she once referred to him as dad. “I’m Joseph to you.”

Rumors of sexual abuse arose in the early 1990s, with LaToya once accusing her father of the act. She would later recant the accusation, blaming her then-husband for coercing her to say it.

Michael was afraid of his verbally, and sometimes physically, abusive father

If one of his children stepped out of line, Joe was quick to discipline them. Michael once revealed to Oprah Winfrey that he was so afraid of his father that it would cause him to vomit when he saw him. Physical beatings were not uncommon. “I just remember my hearing my mother scream, ‘Joe, you’re gonna kill him, you’re gonna kill him, stop it,’” Michael said during a 2003 TV interview. “I was so fast he couldn’t catch me half the time, but when he would catch me, oh my God, it was bad. It was really bad.”

Michael recalled his father sitting in a chair with a belt in his hand watching his sons rehearse, ready to punish them for any mistakes. Michael also recalled verbal abuse, in particular, his father repeatedly telling him he had a “fat nose.”

“Michael was never beat as they call it. And… everyone spanked their kids when they did wrong, but not beat,” Joe said to ABC News in 2009. “Katherine spanked Michael more than I did, ‘cause I was workin’ two jobs and she was at home with him the most.” In a 2013 CNN interview, Joe said he was glad he was tough “because look what I came out with. I came out with some kids that everybody loved all over the world. And they treated everybody right.”

1967 was a banner year for The Jackson 5 when they won an amateur talent competition at New York’s Apollo Theater. Joe decided to take the group professional and two years later signed his sons to a contract with Motown Records alongside acts such as Stevie Wonder, The Supremes and Smokey Robinson.

The Jackson 5 would dominate the airwaves of the late sixties and early seventies thanks to hits such as “I Want You Back,” “Never Can Say Goodbye,” “I’ll Be There” and “ABC.” The group would go on to sell more than 100 million records globally.

It was following the group’s signing to Motown that Joe decided to relocate his family from Gary to Los Angeles.

Recalling their upbringing in Gary and beyond during a 2011 interview with ABC News, Jermaine said he and his siblings “wouldn’t want to be raised any other way” than the way their father raised them. “It’s hard raising nine kids, bringing them from Indiana out here [to L.A.] … that was his whole thing, wanting to keep his family together. And if he didn’t do anything else, he brought us out, he taught us everything we knew about becoming what we became.”