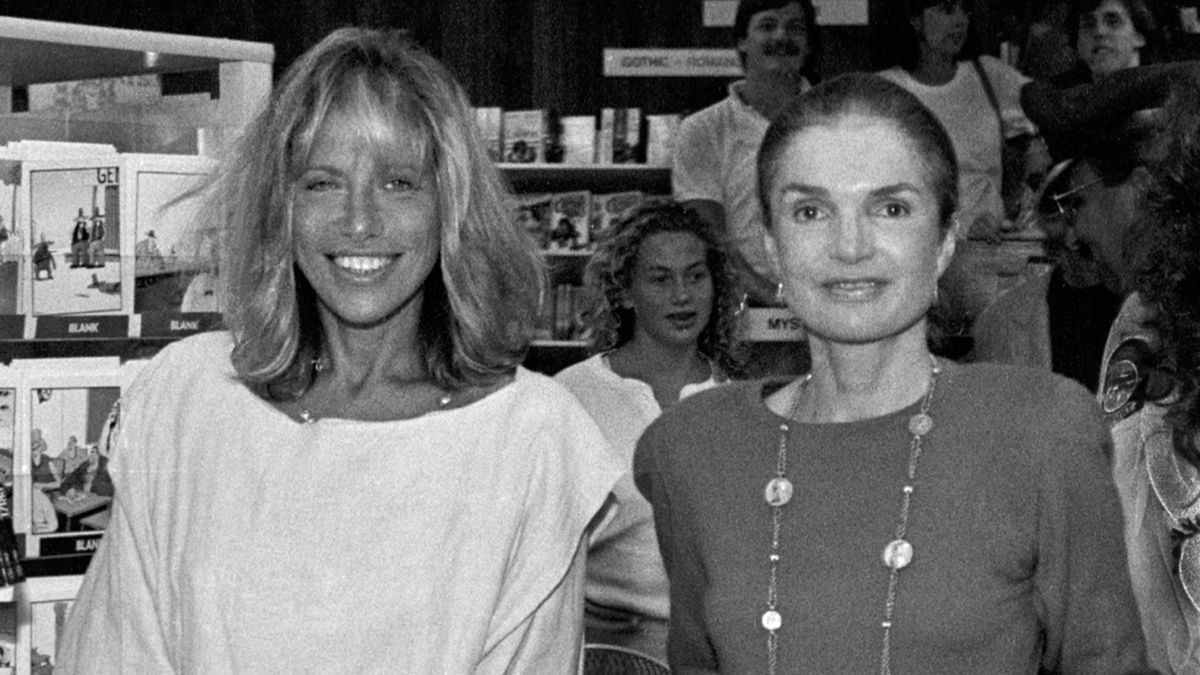 They were as different as could be. One was a free-flowing, hippy-spirited 70s rockstar and the other was a buttoned-up, perfectly poised former politician's wife. Yet “You’re So Vain” singer Carly Simon and President John F. Kennedy’s wife Jacqueline Kennedy Onassis had a decade-long friendship filled with so many tales that Simon was able to publish an entire 256-page book, Touched By the Sun: My Friendship with Jackie, in October 2019.

The focus of the book has surprised many, but Simon says it pretty much wrote itself. “If someone affects your life as Jackie did mine, you can’t not write about her,” she told People.

Despite the depth of many of the stories included — ranging from practical jokes and romance chatter to deathbed confessions — Simon says she was respectful of when not to cross the line. “I withheld a great deal,” she added.

The unlikely friends were on different paths in life — and pretty established in their own worlds. Simon’s “You’re So Vain” had been released a decade prior and the then-38-year-old was already a household name. Onassis, who was 54 at the time, had been widowed from Kennedy two decades before that and was married to Aristotle Onassis and working as an editor at Doubleday publishing.

But they both happened to be dining at Martha’s Vineyard’s Ocean Club on the same day in 1983 when Onassis’ son John F. Kennedy Jr., who knew Simon, introduced the two.

“I went over to their table and had a little bit of a sit-down with them,” Simon told NBC News.

They quickly connected, but initially, it was all about business. Onassis — ironically — thought Simon would be great at writing a memoir.

Simon was up for the challenge, but soon realized the timing was wrong: “My mother was still alive then and the nucleus of the story was the story about my mother and her lover and my father. And it was a very intimate story. It was filled with too many taboos. I stopped and I called her and said, ‘Would you mind if I wrote children's books instead?’”

Onassis was game and negotiated a $25,000 advance for Simon’s first book, Amy the Dancing Bear, released in 1989. When it came time for her second contract for The Boy of the Bells, Onassis asked Simon to remind her how much she got for the first one.

When she said the number, Onassis replied, “Oh, Carly, you got screwed.” But Simon didn’t retort. “I didn't have the heart to tell her that she had made the deal.”

READ MORE: Jackie's Wedding to JFK: How the Kennedy Family Controlled Their Nuptials

The two definitely operated differently on the surface, but below, there was a bond. “I think she saw in me something that she wanted to have a little bit of herself,” Simon said in the NBC News interview. “I think she saw a free spirit who had the license to be, in a rock and roll kind of way, loose as a goose. And I could smoke a joint if I wanted to.”

And Onassis may have been a tad envious. “She didn’t have the license to be free,” Simon said, elaborating that there was a side of her the public didn’t see. “She was a naughty girl and she liked that in herself and she liked it in other people.”

“I could be neurotic, bohemian and all over the place. She always had to be so correct. I was who she wasn’t,” Simon told People. “ I think she got a big kick out of that.”

That amusement was a peek into Onassis’ psyche so few saw. “She was a complex person for sure,” Simon explained to AARP. “She could present as happy. She could also present as mysterious and withdrawn. She was interested in so many things other than herself, and that makes one intellectual. She had an artistic soul. She wasn't meant to be a politician's wife. She didn't like to go to parties and soirees, though it was fun for her to dress up and play the role. She dressed up in beautiful clothes and jewels the way a child would play with her dolls.” 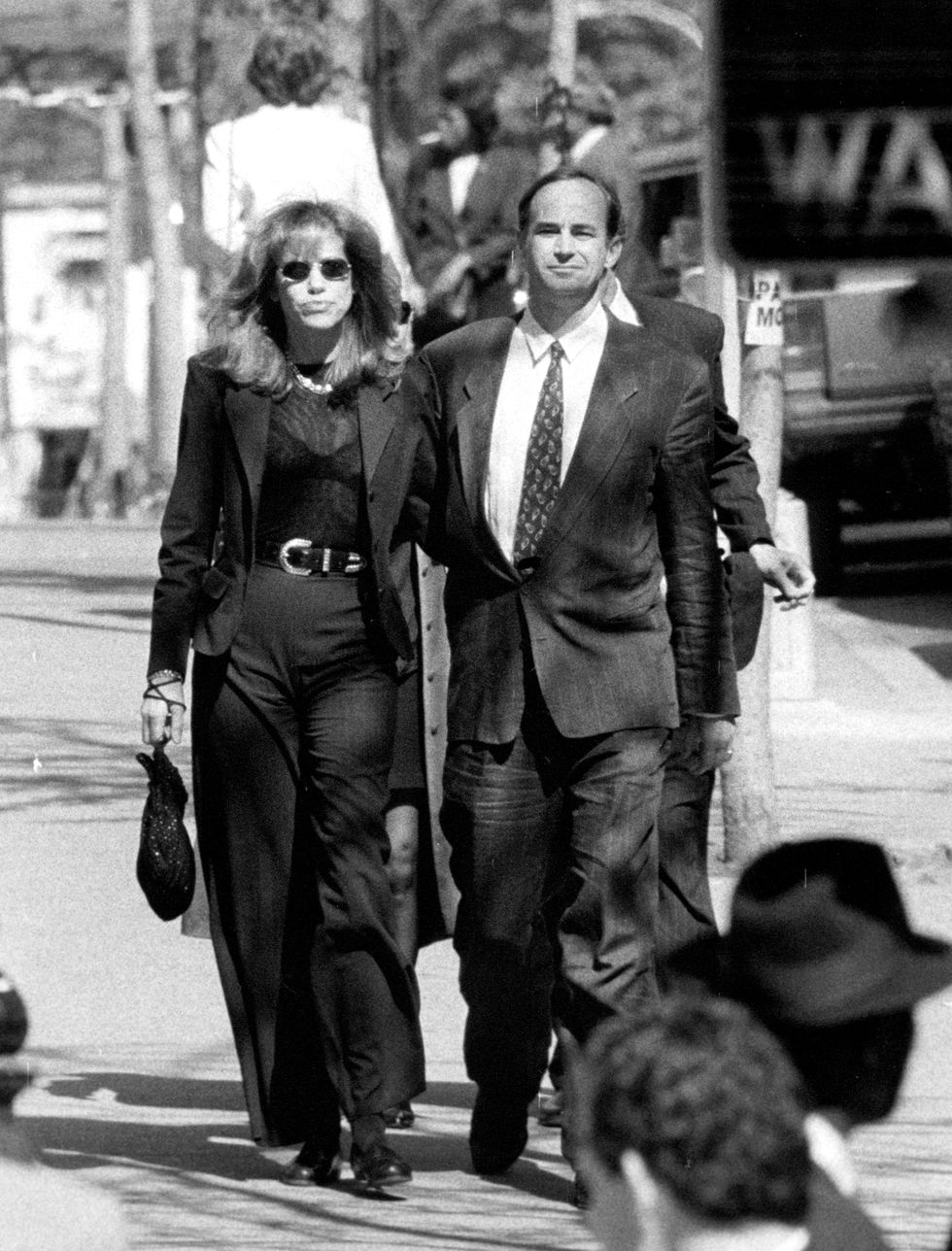 Being 16 years younger than Onassis, Simon often turned to the former first lady for motherly advice. After all, her own mother was hardly supportive, even reacting to Simon’s 1988 Oscar win for “Let the River Run” from Working Girl with “Darling, that’s so fantastic, congratulations, but there are so many people who deserved it more, but you won.”

Instead, Onassis provided the empathetic support she was missing, expressing a genuine interest in Simon’s life without ever sugarcoating it. “She gave me advice like nobody else did, Other people would be too nervous to tell me what they really thought about certain things,” Simon told NBC. “But Jackie was forthright.”

She hardly approved of Simon’s second marriage to Jim Hart (she had been married to James Taylor previously). While the words were harsh, Simon was grateful she cared. “I needed my mother,” she told AARP. “Jackie was very consoling, full of advice.”

So much so that when Simon was in rehab, she used her daily phone call to dial up Onassis. “She was the best audience,” the singer continued. “There are certain people you can tell things because they're so interested and will gobble it up. She did love me and care for me and did want me to tell her everything.”

Simon wouldn't ask about JFK, but Onassis would volunteer information

While they were completely open with one another, Simon understood there were certain subjects that were off-limits. “I was respectful,” she told AARP. “She opened up to me in certain areas. She talked to me about Jack's other women and Onassis’ outlandish ways."

READ MORE: Why Jacqueline Kennedy Didn't Take Off Her Pink Suit After JFK Was Assassinated

On one of their many outings, Onassis joined Simon when she had a recording session with opera singer Placido Domingo singing “Last Night of the World” from Miss Saigon for his Broadway album.

The two women went home gushing about Domingo and the next morning, Simon found a letter from him that read, “Darling Carlita, please be my Valentine. You are so lovely. I loved singing with you.” The note came with an autographed cassette of his music, as she described to NBC News.

As any giddy fan would, Simon rang Onassis right away but was met with silence.

“She paused for a long time, and then she said, ‘Carly, did you really think it was from Plácido?’” Simon recalled to People. “She’d written it herself and disguised her handwriting! The practical joker in her was nonstop.”

Simon was with Onassis on her deathbed

With the lighthearted moments also came the heavy ones, especially when Onassis was diagnosed with non-Hodgkin's lymphoma. “She consulted me about who she should see to have her wig made,” Simon told AARP. “There were hopeful times when it was in remission. She went to work. It wasn't until she got the final diagnosis and was told she would have to go through so much more chemo that she knew she couldn't bear it anymore.”

Their friendship was so strong that Simon was invited to join the family by her deathbed in 1994, along with Kennedy Jr. and Onassis’ longtime friend, Maurice Tempelsman.

“I held her hand and told her I loved her,” Simon told NBC News. “John was standing at the end of her bed with his hands neatly folded and Maurice was there with his hands folded and they were both praying over her. It’s seared in my brain what she looked like. She was so ravishing, and wearing this little handkerchief scarf, paisley scarf on her head, and looking so beautiful and so regal and so finally at home.”

“The record of the Gregorian chants was playing in the background,” Simon continued. “I couldn't believe that my friend was slipping away.”