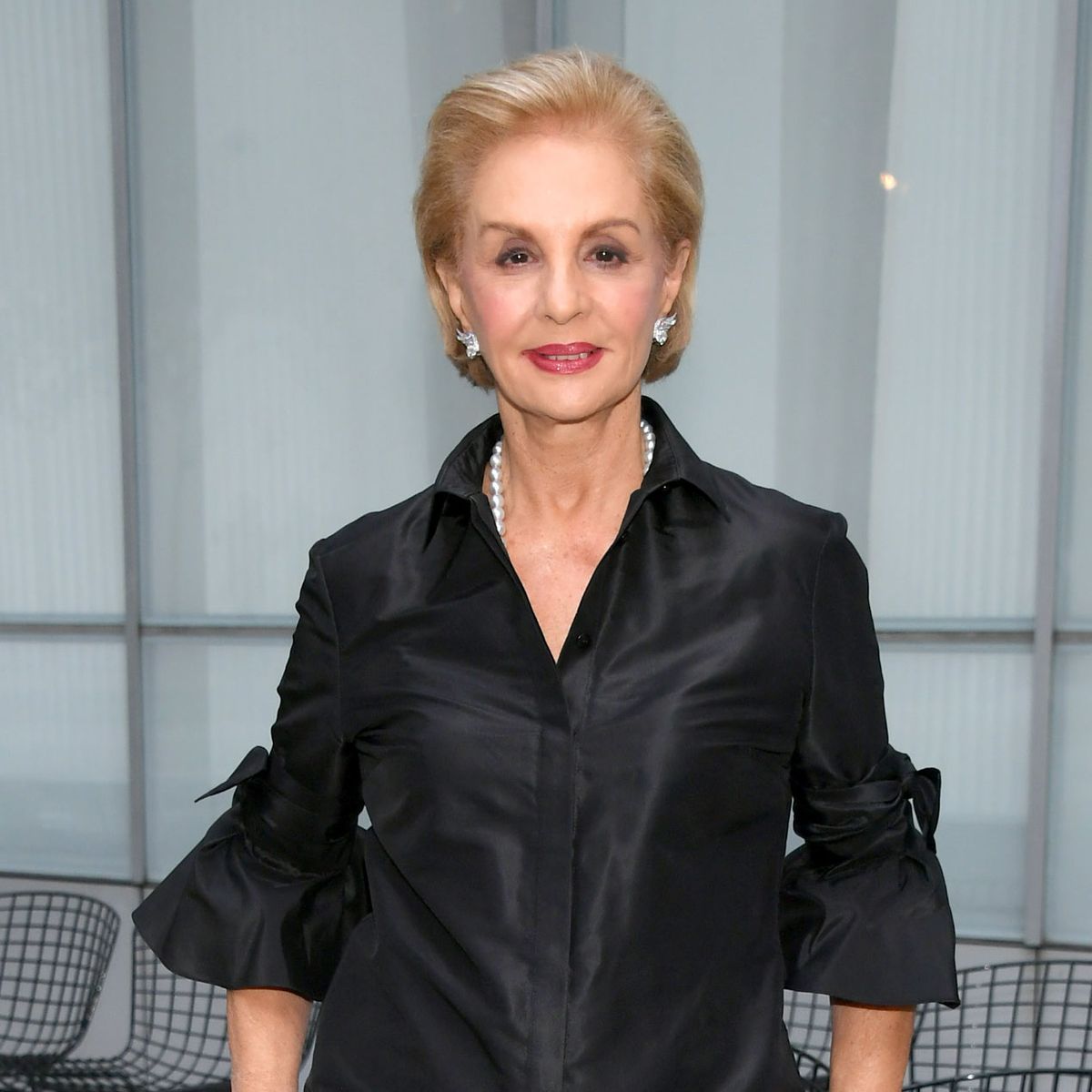 Who Is Carolina Herrera?

Fashion designer Carolina Herrera was raised in Venezuela. She launched her fashion company in New York City and became a U.S. citizen in 2009. Though she had no formal training before her first runway show in 1981, Herrera achieved success in women's and men's fashion, fragrances and more. Today her company has stores worldwide and billions in sales. Her signature look includes well-tailored white blouses, which she notably paired with ballgown skirts.

Carolina Herrera was born as María Carolina Josefina Pacanins y Niño in Caracas, Venezuela, on January 8, 1939. Herrera experienced a privileged childhood in Venezuela. She was one of four daughters born to Guillermo Pacanins and María Cristina Niño. Her father served as an air force officer, governor of Caracas and Venezuela's Minister of Foreign Affairs.

Herrera had a governess who taught her English and French. Her youthful pastimes included tennis, riding and ballet, but not sewing clothes for her dolls. "When I was growing up, I was more into my horses and tennis than fashion," Herrera admitted.

Yet fashion was a part of Herrera's life. At 13 her grandmother took her to a Balenciaga runway show. Around the age of 14 or 15, Herrera designed a black dress that was inspired by movies from the 1930s and '40s, though her parents didn't let her wear it.

At the age of 18, Herrera married Guillermo Behrens-Tello. They had two daughters, Mercedes and Ana Luisa, before divorcing when Herrera was 24.

In 1968 Herrera wed Don Reinaldo Herrera Guevara. They had another two daughters, Patricia and Carolina.

Herrera's second husband inherited the title of Marquis of Torre Casa, though he didn't use it. He worked as a journalist, and also led a jet-set existence with Herrera.

The couple's activities included visiting Princess Margaret in England, attending Costume Institute galas at the Metropolitan Museum of Art and joining friends in the South of France and Paris. Herrera met photographer Robert Mapplethorpe in 1976 and became one of his subjects. She was often included on best-dressed lists.

One of Herrera's favorite places was New York City, where she had fun at the famed nightclub Studio 54. An outing there resulted in Herrera having her portrait done by Andy Warhol. He became enchanted by a bejeweled clutch she was carrying, and offered to do a silkscreen portrait of Herrera in exchange for the bag.

"That was so much fun, New York in the Seventies," Herrera said in a 2016 interview. "You were mixed with a lot of creative people, talent, in the art world, in society, literature, in the movie business. Actors, actresses, musicians, they were all mixed. You used to go to dinners and find everybody together. It was fun. I loved it."

In 1980, Herrera and her husband settled in New York. Around this time, she came up with the idea of designing fabrics. But when Herrera shared her plans with friend Diana Vreeland, then the editor of Vogue, Vreeland reportedly responded, "Oh, that's so boring. Why don't you do something else? Why don't you do a collection of dresses? It's much more fun."

Herrera had been employed by Pucci in Caracas for a short time in the 1960s, but otherwise had no work experience. She also had no formal design training. But she had an eye for style and could tap into useful connections. Armando de Armas, the owner of a successful magazine publishing firm, offered to back her enterprise. Designer Bill Blass gave her tips on runway stagecraft.

In 1981, Herrera held her first fashion show at New York's Metropolitan Club. She has said, "I think I thought I would do one collection, and that would be that." Instead she received orders from stores that included Neiman Marcus, Bergdorf Goodman and Saks Fifth Avenue. However, the initial media response wasn't as positive. Some in the press considered Herrera a dilettante, or felt she was engaging in "an attempt at self-definition."

The criticism stung, but didn't derail Herrera. It also didn't deter her fans. One early lover of Herrera's designs was Jacqueline Kennedy Onassis, who became a regular client. For Caroline Kennedy's 1986 nuptials, Herrera created both the mother-of-the-bride dress and Caroline's wedding dress, which featured appliqué shamrocks.

Herrera's first perfume arrived in 1988. She believes designers should embrace the opportunity to launch fragrances "because that's what gets your name everywhere." In 1995, her company was acquired by the Spanish company Puig, which had worked with her on perfumes. Herrera remained creative director.

With the debut of the CH Carolina Herrera line in 2008, Herrera began offering more casual designs suited to day-to-day activities. Herrera's products now include menswear, womenswear, children's wear, accessories, a home collection and fragrances, which are available in stores across the globe.

Herrera was able to succeed without resorting to overtime, something she feels is unnecessary. "You should be able to do what you are supposed to do during regular hours. Otherwise, you get too tired," she declared in 1994.

Herrera's two younger daughters eventually joined her company. Patricia became a member of the design team who also undertakes special projects. Carolina established herself as creative director for fragrances. "It's quite useful to have your children in the company," Herrera said in 2013. "They tell you immediately if they don't like something."

The Council of Fashion Designers of America gave Herrera a Geoffrey Beene Lifetime Achievement Award in 2008.