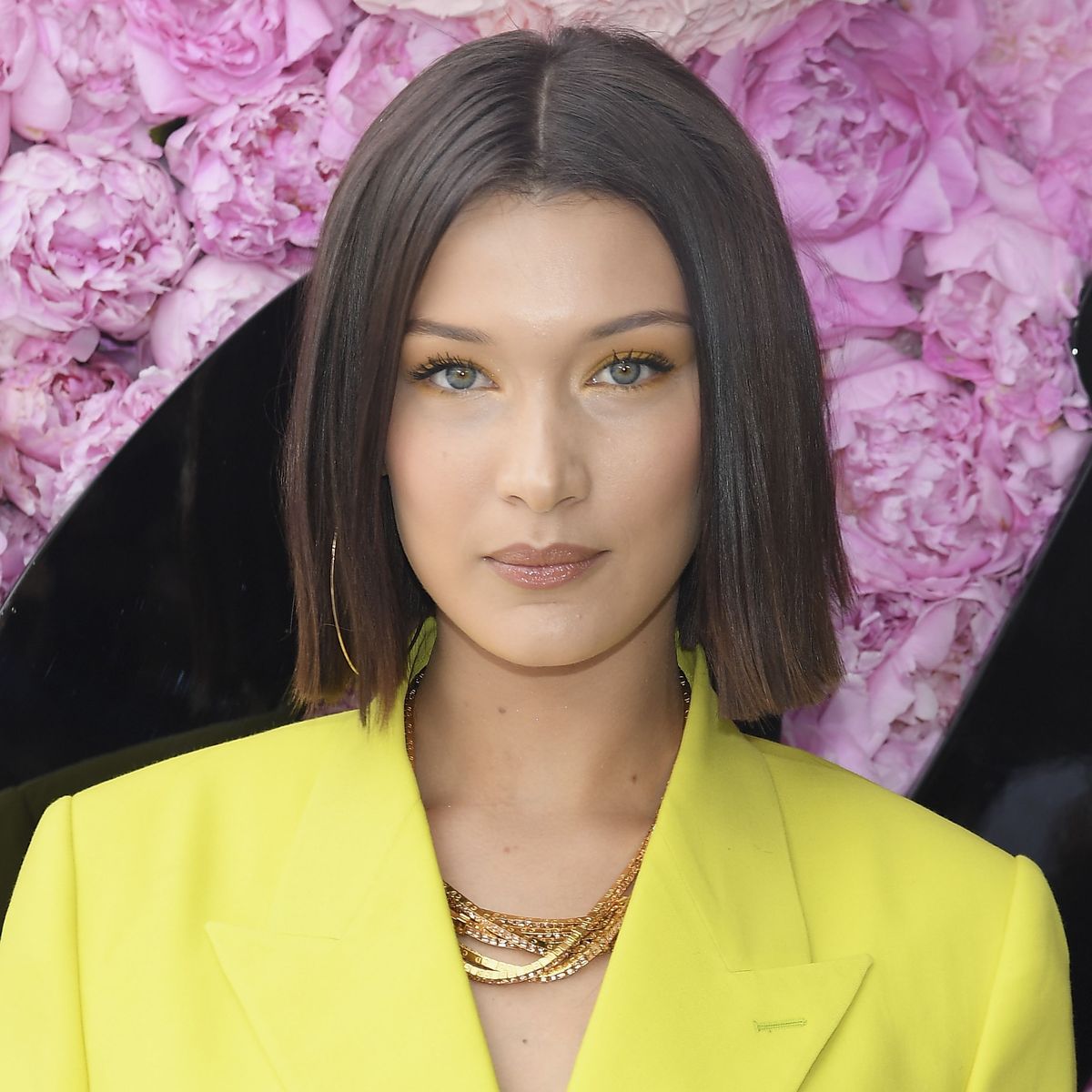 Who Is Bella Hadid?

Bella Hadid is a supermodel who has appeared in campaigns for brands such as Bulgari and Fendi. Hadid aims to use her fame to "change something in the world for the better." She has spoken about her mental health struggles, her experience with Lyme disease and the status of Palestinians. Hadid would like to act someday, though she has trouble memorizing dialogue.

Isabella Khair Hadid was born on October 9, 1996, in Washington, D.C. Hadid's father, Mohamed Hadid, is an architect and real estate developer. Her mother, Yolanda Hadid, is a former model who starred on The Real Housewives of Beverly Hills. Hadid grew up with an older sister, Gigi, and a younger brother, Anwar, both of whom are also models. In addition, Hadid has two older half-sisters, Alana and Marielle, from a past relationship of her father's.

Hadid's mother left the Netherlands for the United States at 16; her father was a refugee from Palestine who also came to the United States at a young age. Hadid, who has declared, "I am proud to be a Muslim," grew up celebrating Eid and Ramadan. However, she noted in 2017, "Once I got older I was working and going to school, so I couldn't fast for as long."

Hadid's parents split up in 2000. Her mother was married to music producer David Foster for part of Hadid's childhood, though that marriage also ended.

Hadid described her childhood in California in a 2017 interview: "Growing up on a ranch in Santa Barbara, I would go to school during the day, then go straight to the barn and ride my horses, have dinner with my family every night at 6pm, do my homework, and go to sleep." A talented equestrian, Hadid took part in weekend competitions from the time she was 3 up until she was 15.

When she was 14, Hadid started working at a juice bar to earn her own money. It was at this age that she also started to dye her naturally blonde hair. The difference in shades would help Hadid forge her own path as a model apart from her sister.

After high school, Hadid left California to study photography at the Parsons School of Design in New York City. At the time, her sister Gigi was already a successful model. Hadid was modeling herself and soon came to believe she was "learning more with photographers on set than I was in school." She opted to leave school to focus on this career. In 2015, she made her runway debut for Tom Ford at New York City's Fashion Week.

Hadid is proud that she became financially independent at 18. She has appeared on numerous magazine covers and has contracts with Bulgari, Fendi and Dior beauty.

Though they're in the same industry, there's no sibling rivalry between Hadid and her sister. In 2017, Hadid told Harper's Bazaar, "Most of the time our markets are completely different, and if we get booked on a job and she gets it or I get it, we're both happy for each other." In addition to receiving support from Gigi and her mother, a former model, Hadid is good friends with fellow supermodels like Kendall Jenner.

After she was seen in a video for Love magazine in 2018, Hadid faced online criticism for looking too thin. She has also been accused of not smiling enough. Hadid told InStyle, "When I started modeling, it was such an intense force that I guess I just didn't smile and I didn't want to, and then it became a thing that I didn’t smile." She explained she'd been embarrassed by her smile when she first began modeling. There were also instances when she wasn't feeling well due to Lyme disease.

During her modeling career, Hadid has gone through even more discomfiting experiences. In 2018, she had to contact police when an alleged stalker showed up outside her New York City apartment. And while working for Victoria's Secret, Hadid reportedly had to listen to objectifying comments about her body. In 2019, Hadid admitted that modeling lingerie for Rihanna's Savage x Fenty line was "the first time on a runway that I felt really sexy," adding, "I was doing other lingerie shows and I never felt powerful on a runway, like, in my underwear."

In 2021, Hadid returned to a revamped Victoria's Secret as part of its VS Collective. She said she made the decision because she felt the company was "moving forward with not only body diversity, but diversity of women in general."

In 2012, Hadid was diagnosed with Lyme disease, as were her mother and brother. The illness made riding horses, a beloved activity for Hadid, more difficult. Hadid has said that her symptoms worsened when she turned 18. She has experienced headaches, brain fog, insomnia, anxiety, disordered eating and joint pain. She's also suffered from intense fatigue.

Speaking about her experience with Lyme disease in 2016, Hadid stated, "Life isn't always what it looks like on the outside, and the hardest part of this journey is to be judged by the way you look instead of the way you feel."

Hadid has expressed a desire to use her fame to benefit others. She said in 2020, "I have so much responsibility to use my platform for good, especially as I get older."

In January 2017, Hadid and her sister Gigi took part in a protest against then President Donald Trump's travel ban and plans to build a border wall. She later explained, "My dad was a refugee when he first came to America, so it's actually very close to home for my sister and brother and me."

In 2019, Hadid announced she was paying to plant 600 trees to compensate for the carbon generated by her air travel. When Israeli rockets were striking Gaza in 2021, Hadid voiced her concern for Palestinians on social media.

In 2018, Hadid shared her experience with anxiety on her mother's show, Making a Model with Yolanda Hadid. In 2019, she related that as an 18-year-old launching her career in modeling, "I would cry every single morning, I would cry during my lunch breaks, I would cry before I slept," due to the demands of pleasing designers and photographers while working long hours.

Hadid once took a temporary break from social media for her own mental health. She was back on social sites by November 2021, when she responded to an Instagram post from Willow Smith about insecurity. Hadid's reply showed her crying. She told her followers, "Self help and mental illness/chemical imbalance is not linear and it is almost like a flowing rollercoaster of obstacles… it has its ups and downs, and side to sides."

Hadid entered into a relationship with musician The Weeknd in 2015, after he requested she appear in artwork for his Beauty Behind the Madness album. The two worked together again when Hadid had a role in the music video for "In the Night." They broke up in 2016 due to conflicting schedules, but were romantically linked once more in 2018.