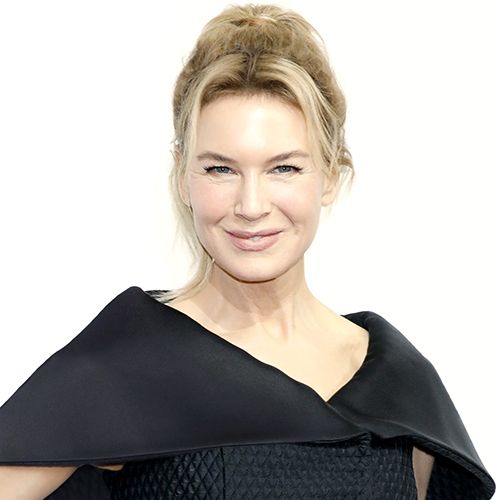 Who Is Renee Zellweger?

Born in Texas in 1969, actress Renee Zellweger first gained widespread attention for her role in Jerry Maguire (1996) and later Bridget Jones's Diary (2001), which earned her an Oscar nomination for Best Actress. She was nominated for another Academy Award for her performance in Chicago (2002), and won an Oscar for Best Supporting Actress for Cold Mountain (2003). Following a hiatus from acting, Zellweger returned with Bridget Jones's Baby in 2016 and later earned accolades for her portrayal of Judy Garland in Judy (2019).

Renee Kathleen Zellweger was born on April 25, 1969, in Katy, Texas, a small town outside Houston. After attending Katy High School, where she participated in athletics and cheerleading, Zellweger enrolled at the University of Texas at Austin, where she took up acting.

Zellweger appeared in bit parts in mainstream movies like Dazed and Confused (1993) and Reality Bites (1994), before earning praise for her leading roles in the independent films Love and a .45 (1994) and The Whole Wide World (1996), co-starring Vincent D'Onofrio.

Director Cameron Crowe surprised many when he cast the relatively unknown actress as Dorothy Boyd, the single mother who is swept off her feet by Tom Cruise's soul-searching sports agent, in Jerry Maguire (1996). The film's success made Zellweger one of Hollywood's hottest new commodities, but instead of cashing in with another big-budget feature, she took a risk with independent films like Deceiver (1997), opposite Tim Roth, and A Price Above Rubies (1998), in which she played a rebellious wife in a Hasidic Jewish family. Zellweger later turned in a critically acclaimed performance opposite Meryl Streep in One True Thing (1998), an adaptation of Anna Quindlen's novel about a daughter coping with her mother's slow death from cancer.

In 1999, Zellweger starred with Chris O'Donnell in The Bachelor, and made headlines for her budding romance with actor and comedian Jim Carrey. In the comedy Me, Myself and Irene (2000), written and directed by Peter and Bobby Farrelly, Carrey played a character with two personalities, both of whom are in love with Zellweger's Irene. That same year, Zellweger won a Golden Globe Award for the black comedy Nurse Betty, co-starring Morgan Freeman, Chris Rock and Greg Kinnear.

Zellweger enjoyed critical and popular success in 2001, when she starred as the neurotic British title character in the film adaptation of Helen Fielding's best-selling novel Bridget Jones's Diary. The film, which also starred Hugh Grant and Colin Firth, earned Zellweger an Academy Award nomination for Best Actress. Bridget Jones's sequel, The Edge of Reason, was released in 2004, and the actress returned to the role again for 2016's Bridget Jones's Baby, in which her character, now single and in her 40s, discovers she is pregnant and must figure out if the father is Mark Darcy (Firth) or Jack Qwant (Patrick Dempsey).

In 2003, Zellweger earned her second Golden Globe and an Oscar nomination for Best Actress for her performance in Chicago, an adaptation of the 1970s musical. The film also starred Richard Gere and Catherine Zeta-Jones. That same year, Zellweger starred opposite Ewan McGregor in the retro-romantic comedy Down With Love. The following year, she won the Academy Award for Best Supporting Actress for her performance as Ruby in the Civil War drama Cold Mountain.

Following roles in Same Kind of Different as Me (2017) and Here and Now (2018), Zellweger made a rare turn to the small screen in 2019 for the Netflix anthology series What/If, delivering a no-holds-barred performance as a ruthless venture capitalist. Later that year, she wowed with her Academy Award-winning portrayal of Hollywood legend Judy Garland in the biopic Judy. 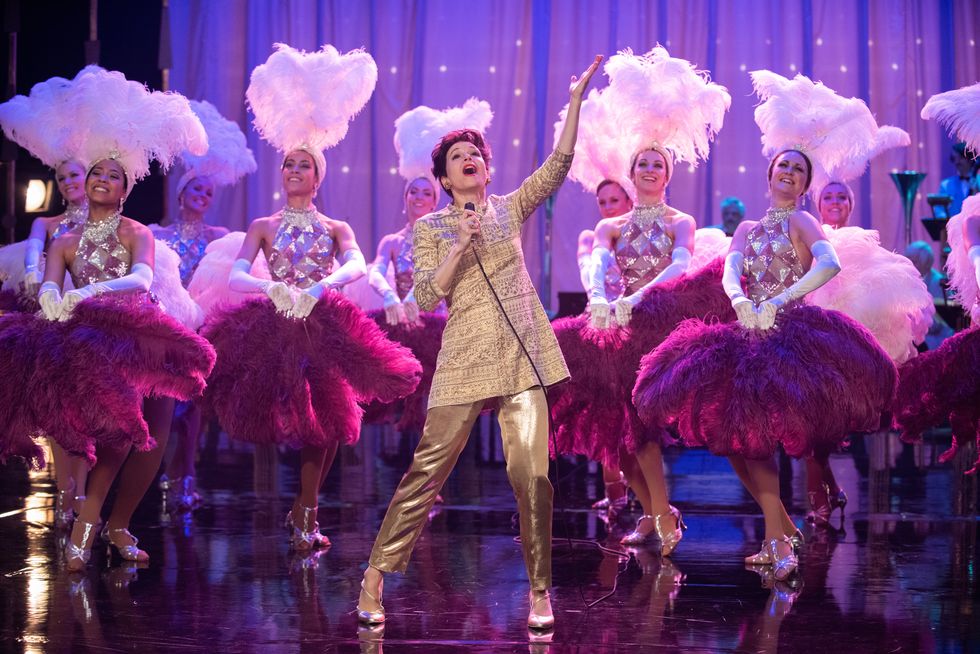 After over a decade of making high-profile films, Zellweger in 2009 embarked on what became a six-year hiatus from acting. “I was fatigued and wasn’t taking the time I needed to recover between projects, and it caught up with me,” Zellweger said in an interview with Vogue U.K. “I got sick of the sound of my own voice: it was time to go away and grow up a bit.”

She explained that her break from Hollywood nurtured her personally and creatively. “I found anonymity, so I could have exchanges with people on a human level and be seen and heard, not be defined by this image that precedes me when I walk into a room. You cannot be a good storyteller if you don’t have life experiences, and you can’t relate to people.”

When the actress resurfaced in the limelight at an ELLE event in 2014, internet rumors flew about whether she'd had plastic surgery. In response to the speculation, she told People magazine: "I'm glad folks think I look different. I'm living a different, happy, more fulfilling life, and I'm thrilled that perhaps it shows. I am healthy. For a long time, I wasn't doing such a good job with that. I took on a schedule that is not realistically sustainable. I kept running until I was depleted and made bad choices about how to conceal the exhaustion."

Zellweger was engaged to Carrey from 1999 to 2000. She tied the knot with country music star Kenny Chesney on May 8, 2005, but filed for an annulment just four months later. She then dated Bradley Cooper, her co-star in Case 39, from 2009 to 2011, before entering a relationship with musician Doyle Bramhall II in 2012. In spring 2019, it was reported that Zellweger and Bramhall had split.