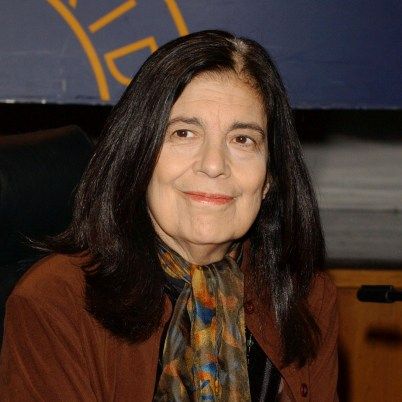 What Is Susan Sontag Known For?

Susan Sontag was born on January 16, 1933, in New York City. In 1964, she gained recognition for her essay “Notes on Camp.” Sontag became widely known for her nonfiction works including Against Interpretation and Other Essays (1966), On Photography (1976) and Illness as Metaphor (1978), as well as for novels like The Volcano Lover (1992) and In America (2000), for which she won the National Book Award. Sontag died from cancer on December 28, 2004, in New York.

Susan Sontag was born on January 16, 1933, in New York, New York to Mildred and Jack Rosenblatt, with the couple later having a second daughter, Judith. Sontag’s father was a fur trader, and her parents lived overseas for his business while Sontag lived with her grandparents in New York. Sontag's father died when she was still a child. Her mother moved the family to milder climates because of Sontag’s asthma and they eventually relocated ato California. In 1945, Mildred married Air Corps captain Nathan Sontag, from whom a pre-teen Sontag would take her surname.

Sontag became an avid reader and learner. She graduated high school at the age of 15 and attended the University of California at Berkeley before transferring to the University of Chicago, where she met lecturer Philip Rieff. The two were married in less than two weeks after meeting and would have a son, David. Upon earning her bachelor’s in philosophy, Sontag went on to earn her master’s in English and philosophy at Harvard and did additional postgraduate work abroad at Oxford and the Sorbonne.

Sontag returned to the states by the late 1950s and opted to end her marriage with Rieff, moving to back to New York City with her son. She worked as a college instructor and began to make a name for herself as an essayist, writing for publications like The Nation and The New York Review of Books. A piece she wrote for The Parisian Review, “Notes on Camp,” earned her accolades. She had also been working on her debut novel, The Benefactor, released in 1963 by Farrar, Straus & Giroux, Sontag’s publisher for the duration of her career.

As an intellectual and a woman in what was still too often a boys’ club, Sontag challenged traditional notions of how art should be interpreted and consumed and what cultural tropes could receive serious scrutiny. She was a renaissance soul as known for everything from collections of nonfiction prose like Against Interpretation and Other Essays (1966) and On Photography (1977) to fiction like I, etcetera: Stories (1978) and The Volcano Lover (1992). She also wrote and directed films, including Duet for Cannibals (1969) and Letter from Venice (1981).

Sontag was the source of much controversy throughout her career, with critics looking at everything from her political statements (i.e. she once offered words of support for communist governments, changing her stance later on) to the amount of attention she received from the general media.

Undeterred, Sontag continued to publish nonfiction works like Where the Stress Falls (2001) and Regarding the Pain of Others (2003), as well as the play Alice in Bed (1993) and the novel In America (2000), for which she won a National Book Award. (The writer/intellectual received an array of honors for her work.) Sontag also directed theater productions such as Samuel Beckett’s Waiting for Godot in 1993 in Sarajevo during the region’s armed conflict.

Though Sontag took on sexuality-based cultural criticism, she was generally private about her affairs and enjoyed intimate relationships with women, including Eva Kollisch and photographer Annie Leibovitz, with whom she collaborated on the book Women (1999).

Sontag was diagnosed with an aggressive form of breast cancer in 1975. She detailed how myths around the disease can derail effective treatment in the book Illness as Metaphor (1978), later followed by another book about health and stigma, AIDS and Its Metaphors (1989).

Sontag died from a form of leukemia on December 28, 2004, in New York City. Her son David, who went on to become an editor and a writer as well, paid tribute to Sontag in the book Swimming in a Sea of Death: A Son’s Memoir (2008).