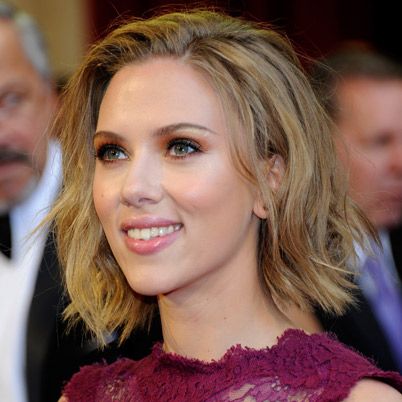 Who Is Scarlett Johansson?

Scarlett Johansson was born in New York City on November 22, 1984. She began acting as a child, and her role in the movie The Horse Whisperer brought her critical acclaim at age 13. Her subsequent successes include Lost in Translation, Girl with a Pearl Earring, The Nanny Diaries, Vicky Cristina Barcelona, Hitchcock and the mega-hit The Avengers. Exploring other artistic avenues, Johansson released her first album in 2008 and the next year she made her Broadway debut. Following her contributions to Ghost in the Shell, Rough Night, Isle of Dogs and Avengers: Endgame, Johansson garnered Oscar nominations for her roles in Marriage Story and Jojo Rabbit.

Born on November 22, 1984, in New York City, actress Scarlett Johansson comes from a long line of creative artists. Her Danish grandfather worked as a screenwriter and director, and her mother worked as a producer.

Johansson's interest in acting surfaced at an early age. When she was eight years old, she appeared in an off-Broadway production of Sophistry with Ethan Hawke. Johansson continued to seek out roles and decided to study at Manhattan's PCS, a private educational institution known for such famous acting alumni as Carrie Fisher, Rita Moreno and Sarah Michelle Gellar. Musical theater was one of Johansson's passions, which she pursued at PCS. "I was one of those jazz-hands kids," she told Vogue.

During her school years, Johansson landed some acting roles, including her film debut in 1994's North with Elijah Wood. Her first leading part came two years later with Manny & Lo, an independent dramatic comedy. Johansson played the younger sister of a pregnant teenager, both of whom were in foster care. Her twin brother, Hunter, also made an appearance in the film.

Breakout Role in 'The Horse Whisperer'

Johansson attracted critical attention with 1998's The Horse Whisperer, also starring Robert Redford and Kristin Scott Thomas. Her portrayal of a young amputee won over many fans, including the film's star and director. Redford commented on Johansson's remarkable maturity, saying that she was "13 going on 30." In 2001 the actress received even more positive attention from critics with her supporting role in Ghost World, despite its tepid box office success.

'Lost in Translation,' 'Girl with a Pearl Earring'

After graduating Professional Children's School (PCS) in 2002, Johansson found herself as one of Hollywood's top up-and-coming actresses. She had two starring roles in 2003, both of which garnered her critical accolades. In Lost in Translation, she played a woman visiting Tokyo who forms an unlikely relationship with a much older man (played by Bill Murray). Johansson also gave an impressive performance as a servant girl who is painted by famed artist Johannes Vermeer (played by Colin Firth) in Girl with a Pearl Earring.

Johansson took on a variety of projects after these early successes. She worked with director Brian De Palma on the 2006 crime thriller The Black Dahlia, and tried her hand at comedy with 2007's The Nanny Diaries. A frequent collaborator with director Woody Allen, Johansson has appeared in several of his films, including 2008's Vicky Cristina Barcelona, opposite Javier Bardem and Penelope Cruz.

Around this time, Johansson branched out into new territory when she joined forces with Pete Yorn for an album of duets, which were recorded in 2007. The pair finally released their collaborative efforts in 2009 with the album Break Up, and Johansson wrote several tracks for the recording. "I've been singing for my whole life. When I was a kid I wanted to be on Broadway," she told New York magazine. In 2008 Johansson released her first album, Anywhere I Lay My Head, which featured cover versions of songs by Tom Waits. The recording proved to be a critical and commercial disappointment.

Johansson soon took on a new career challenge. In 2009 she made her Broadway debut in a revival of Arthur Miller's drama A View from the Bridge opposite Liev Schrieber. Johansson earned positive reviews for her convincing performance as Catherine, a teenage girl who is raised by her aunt and uncle. For her work on the show, Johansson won a Tony Award.

Turning to big-budget fare, Johansson played the super agent Black Widow in Iron Man 2 (2010) opposite Robert Downey, Jr. and Mickey Rourke. The action flick became one of the summer's big blockbusters and set the stage for her contributions to numerous films in the Marvel Cinematic Universe.

Johansson next appeared as Black Widow in the box-office smash The Avengers (2012). The film also featured Downey as Iron Man, Chris Hemsworth as Thor and Chris Evans as Captain America.

Johansson continued holding down her high-profile role for a string of Marvel blockbusters, including Captain America: The Winter Soldier (2014), Avengers: The Age of Ultron (2015), Avengers: Infinity War (2018) and Avengers: Endgame (2019). Her involvement in the franchise proved highly lucrative, fueling her rise to the top spot in Forbes' ranking of the world's highest-paid actresses in the summer of 2018.

Johansson then prepared to fly solo with the scheduled April 2020 release of Black Widow.

Johansson remained busy on screen outside of her commitments to Marvel. She co-starred in Cameron Crowe's dramatic comedy We Bought a Zoo with Matt Damon in 2011, and the following year she took on the character of real-life film star Janet Leigh in Hitchcock, which explores the life of director Alfred Hitchcock during the making of the horror classic Psycho.

In 2013 Johansson lent her distinctive voice to Her, as an intelligent operating system that draws the affection of Joaquin Phoenix's lonely character. She went on to take a supporting role in Jon Favreau's dramatic comedy Chef (2014) and starred as the title character in Luc Besson's sci-fi thriller Lucy (2014). In 2016 she rejoined Favreau to voice the character of Kaa in The Jungle Book.

In 2017 Johansson starred an adaptation of Ghost in the Shell. The production was criticized for its whitewashed cast, as Johansson's character in the original anime was Japanese. That same year she returned to comedy, as part of the ensemble cast for Rough Night, and in 2018 she voiced one of the canines in Wes Anderson's stop-motion feature Isle of Dogs.

In July 2018 Johansson found herself in the middle of another casting controversy when she was tapped to play transgender massage parlor owner Dante "Tex" Gill in Rub & Tug, from Ghost in the Shell director Rupert Sanders. After initially dismissing the concerns through a spokesperson, Johannson acknowledged the "insensitive" nature of her response and announced she was withdrawing from the film.

Next up for the actress was a co-starring role in the well-received drama Marriage Story (2019), alongside Adam Driver. She then appeared in another controversial project, Taika Waititi's Jojo Rabbit (2019), as the mother of a 10-year-old boy in Nazi Germany who considers a goofy Adolf Hitler to be his imaginary best friend. Johansson scored a best actress Oscar nomination for the former role and a supporting actress nod for the latter, making her the 12th actor (male or female) to earn the double nominations in the same year.

Johansson married Canadian actor Ryan Reynolds in September 2008, in a small ceremony in British Columbia, Canada. The couple purchased a home together in Los Angeles, but filed for divorce two years later, in December 2010.

After her split from Reynolds, Johansson was romantically linked to actor Sean Penn for a time. The pair traveled to Mexico together and attended actress Reese Witherspoon's wedding in March 2011. Later that year Johansson found herself at the center of a scandal when nude photos taken on her cell phone were posted online by hackers. The FBI initiated an investigation to find the individuals behind the leak.

A representative for Johansson confirmed in September 2013 that she had gotten engaged to journalist Romain Dauriac. On September 4, 2014, Johansson and Dauriac announced the birth of their baby daughter, Rose. The couple wed on October 1, 2014, in Philipsburg, Montana, though the public didn't get wind of the announcement until December. After more than two years of marriage, Johansson divorced Dauriac in September 2017.

In May 2019, it was revealed that Johansson and SNL writer and "Weekend Update" anchor Colin Jost got engaged after two years of dating. The pair tied the knot in October 2020. The couple welcomed their first child in August 2021.