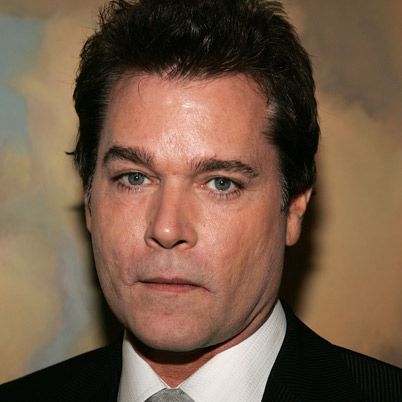 Who Was Ray Liotta?

Actor Ray Liotta made his acting debut on the daytime drama Another World. He initially struggled to find work in Hollywood, but he won critical and popular acclaim as the crazed ex-con husband opposite Melanie Griffith in Something Wild. Liotta was best known for his on-the-edge tough-guy characterizations in films like Martin Scorsese's Goodfellas (1992) and No Escape (1994).

Raymond Allen Liotta, generally known as Ray Liotta, was born on December 18, 1954, in Newark, New Jersey. He was adopted by Alfred and Mary Liotta when he was just a few months old. The family later grew to include Liotta's sister, Linda, who was also adopted. Liotta was a talented athlete, playing both basketball and soccer in high school.

After graduating from Union High School in 1973, Liotta went to the University of Miami, where he studied acting. Liotta moved to New York after college and was soon spotted by a casting agent. He got a part in a TV commercial, then found work as Joey Perrini on the daytime drama Another World. Liotta appeared on the show from 1978 to 1981.

After moving to California to try his luck in Hollywood, Liotta spent years struggling to find work. He landed a breakthrough role when he was cast as Melanie Griffith's crazed ex-con husband in Something Wild (1986). The portrayal won him critical and popular acclaim, though he followed the performance with an entirely different role, as a medical student caring for his mentally challenged brother in the 1988 film Dominick and Eugene. The following year, Liotta received praise for his turn as baseball player Shoeless Joe Jackson in the Kevin Costner box office hit Field of Dreams.

Liotta tackled what may be his most famous part in 1990's Goodfellas, directed by Martin Scorsese. He played infamous crime figure Henry Hill in the film, appearing opposite Robert De Niro and Joe Pesci. Liotta took on other tough roles in such movies as Unlawful Entry (1992) and No Escape (1994).

A leading character actor, Liotta also tried his hand at family drama, appearing with Whoopi Goldberg in Corrina, Corrina (1994). With the Disney movie Operation Dumbo Drop (1995), Liotta delved into comedy. He later returned to more hard-edged roles in such films as Blow (2001) and John Q (2002).

In 2005, Liotta won his first major acting award when he picked up an Emmy for his guest appearance on the medical drama ER. The following year, he took a starring role on the small screen in the short-lived crime drama Smith. More recently, Liotta has appeared in such films as The Iceman (2012), The Place Beyond the Pines (2012), Better Living Through Chemistry (2014) and Sin City: A Dame to Kill For (2014).

Liotta returned to television in 2015 with the miniseries Texas Rising, which explores the creation of the Texas Rangers. The following year, he starred in the gritty drama Shades of Blue. He played a corrupt cop on the show, which also features Jennifer Lopez.