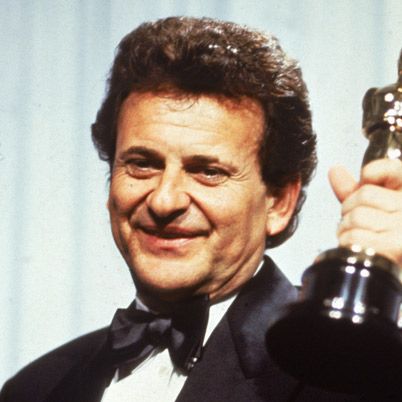 Who Is Joe Pesci?

Joe Pesci was born February 9, 1943, in Newark, New Jersey. After Robert De Niro saw Pesci's performance in The Death Collector, De Niro brought the film to the attention of director Martin Scorsese, who cast Pesci in his 1980 masterpiece Raging Bull. He later won an Academy Award for his role in 1990's Goodfellas, and two years later he co-starred in the popular My Cousin Vinny. Pesci retired from acting in 1999, though he occasionally resurfaced in films, including a re-pairing with De Niro and Scorsese for 2019's The Irishman.

Born Joseph Pesci on February 9, 1943, in Newark, New Jersey, Joe Pesci began his acting career at the age of four on a radio program. By 1953, he was a regular on the television variety show Star Time Kids. In the mid-1960s, he launched a musical career under the name Joe Ritchie, recording an LP titled Little Joe Sure Can Sing, and later played guitar in the pop band Joey Dee & the Starliters. But with the exception of the little-seen 1975 film The Death Collector, the actor was unable to get his career off the ground. He decided to drop out of acting and returned to New York to run a restaurant.

However, after Robert De Niro saw Pesci's performance in The Death Collector, he was so impressed that he brought the film to the attention of director Martin Scorsese, who cast Pesci in his 1980 masterpiece Raging Bull. This was the beginning of a long line of supporting roles for Pesci, whose performance as a menacing tough guy earned him nominations for both a Golden Globe and an Academy Award.

He soon became one of the busiest character actors in the business, appearing the 1983 Rodney Dangerfield comedy Easy Money and the 1984 Sergio Leone epic Once Upon a Time in America. After starring in the failed 1985 sitcom Half Nelson, Pesci's onscreen visibility diminished, and over the next three years he appeared in only a few films, among them Man on Fire (1987), and Moonraker (1988).

In 1989, however, Pesci co-starred opposite Mel Gibson and Danny Glover in the hit Lethal Weapon 2, and he turned in a performance that showcased his talent for comic relief (he later appeared in the third and fourth installments of the series, in 1992 and 1998).

In 1990, Pesci found himself having a star-turning year, as he took a lead role in the family comedy blockbuster Home Alone and put forth an Oscar-winning performance in Scorsese's GoodFellas. His menacing, and often darkly humorous, turn as Tommy DeVito earned him widespread acclaim, and, besides his first Oscar, he picked up several film society and critic awards

Though he received poor reviews for his first major starring role in 1991's The Super, Pesci returned to good favor with an offbeat role in Oliver Stone's sprawling JFK that same year. Then he put his comic talents to use once again in 1992 as the titular unorthodox lawyer of the hit courtroom comedy My Cousin Vinny, a film that has gone on to achieve cult status.

Back in his gangster element, in 1995, Pesci reunited with Scorsese and De Niro for the epic Casino, taking on a role that must have felt like familiar ground to the seasoned actor. However, a pair of poorly received 1997 comedies, Eight Heads in a Duffel Bag and Gone Fishin', again called Pesci's capabilities as a lead actor into question.

After devoting time to an album, the lounge-singer parody Vincent LaGuardia Gambini Sings Just for You (1998), Pesci announced his retirement from acting in 1999. Still, he occasionally surfaced on the big screen, appearing in the De Niro-directed The Good Shepherd in 2006 and nabbing a co-starring role, with Helen Mirren, in 2010's The Love Ranch.

In 2019, Pesci returned to his wheelhouse alongside De Niro and Al Pacino in Scorsese's The Irishman, this time playing the low-key but powerful Pennsylvania crime boss, Russell Bufalino, who allegedly ordered the killing of Teamsters Union boss Jimmy Hoffa.

A three-time divorcee, Pesci has one child, a daughter named Tiffany.