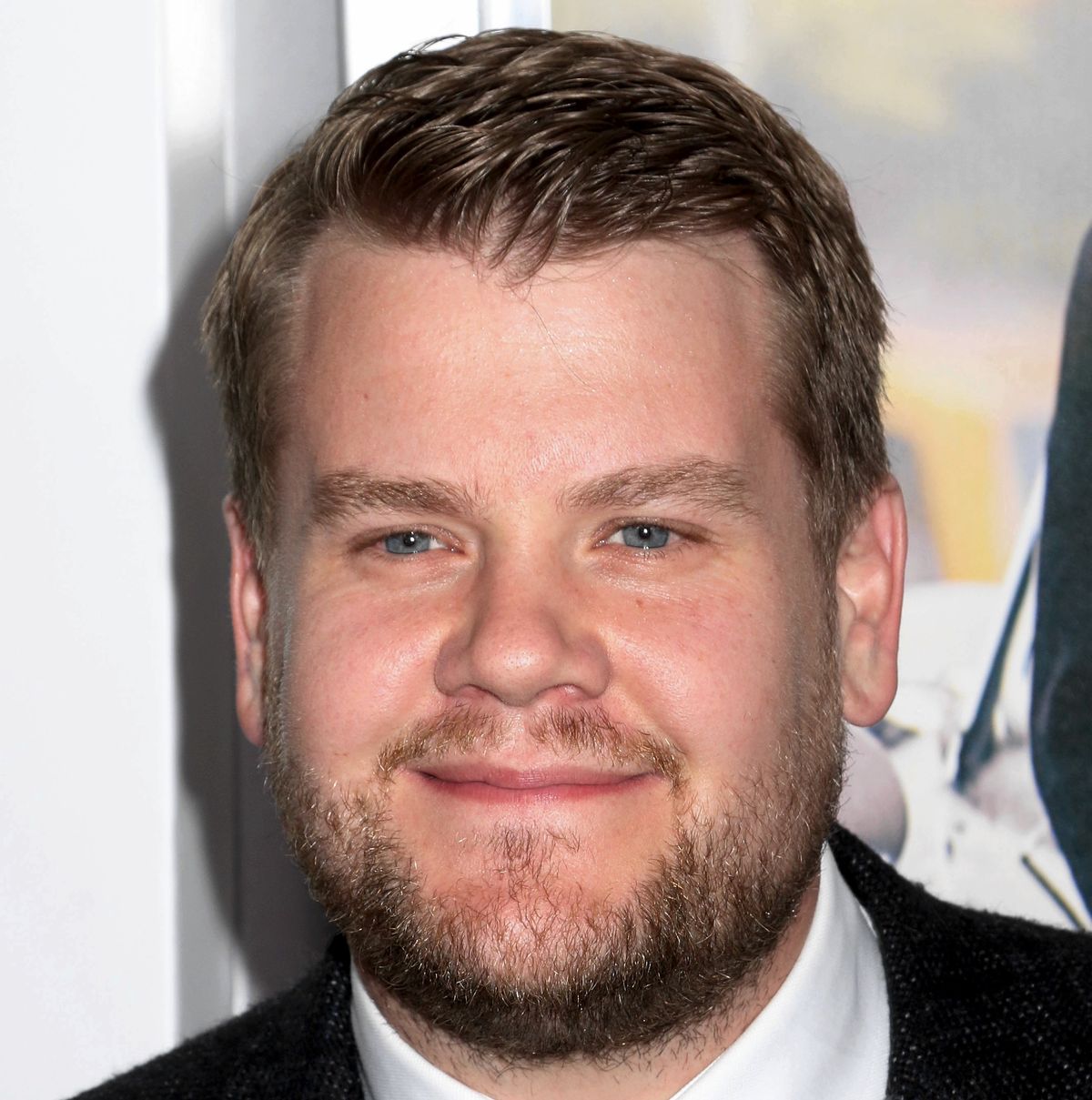 Who Is James Corden?

James Corden started his acting career with a role on the London stage when he was 17. He earned accolades for his work on the Alan Bennett play The History Boys, and went on to create the popular British sitcom Gavin and Stacey. After winning Olivier and Tony awards for his performance in One Man, Two Guvnors, Corden was introduced to American audiences as the host of The Late Late Show in 2015. He has also voiced leading characters of animated films like Peter Rabbit, and starred in the musical features Into the Woods and Cats. 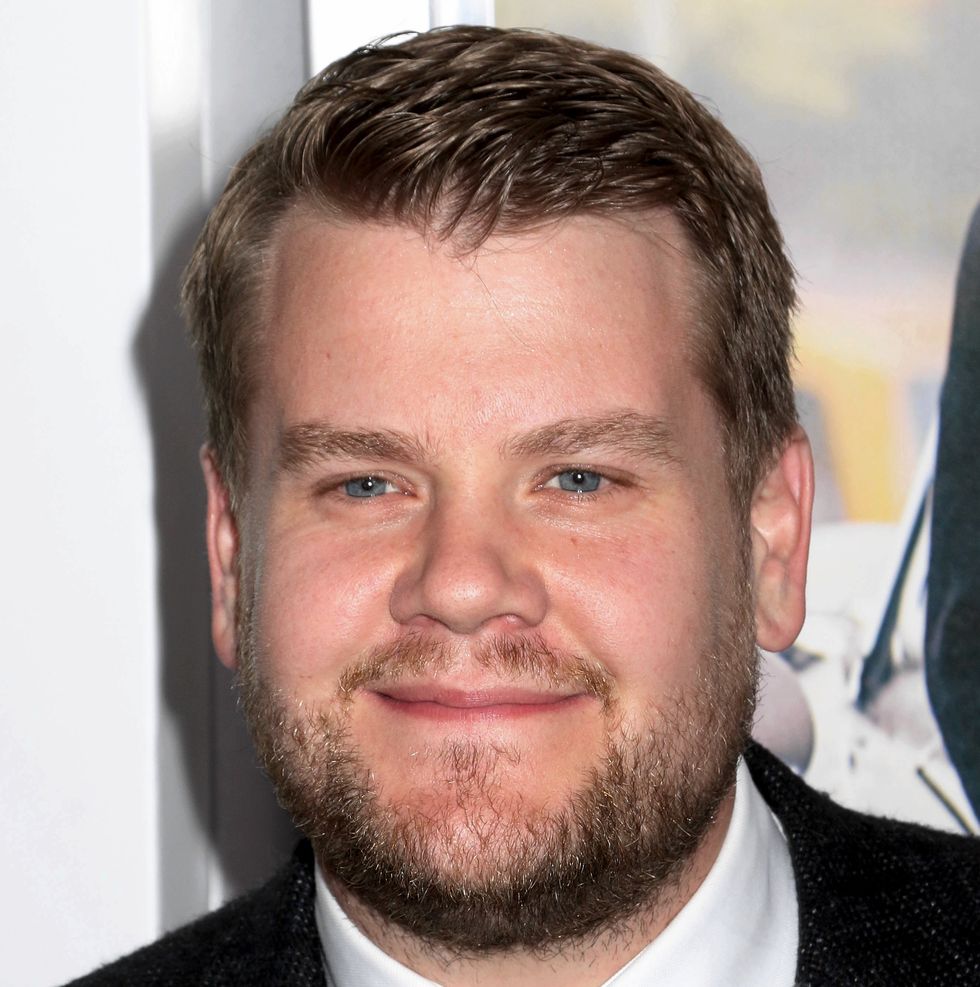 James Corden at the premiere of ’Begin Again’ in 2014. (Photo: JStone / Shutterstock.com)

'The History Boys,' 'Gavin and Stacy'

In 2004, Corden won praise for his turn as Timms in Alan Bennett's critically acclaimed play The History Boys. He became friends with his fellow performer Dominic Cooper during this time, and began writing with the encouragement of Bennett. The History Boys proved to be life-changing for the young performer, who appeared in the show's London run and its subsequent tour, including a stint on Broadway. Corden also reprised his role for the 2006 film adaptation. The following year, he found success on the small screen with the sitcom Gavin and Stacey, which he created with his Fat Friends co-star Ruth Jones. Corden played Smithy, best friend to Gavin, on the hit series.

Corden had some career setbacks in 2009 when he scored a string of flops. Horne and Corden, his sketch show with Mathew Horne, his co-star from Gavin and Stacey, failed to attract an audience. The pair also bombed at the box office with the film Lesbian Vampire Killers.

'One Man, Two Guvnors,' 'Into the Woods'

He managed to overcome these disappointments with the help of his stellar performance on the London and Broadway stages with One Man, Two Guvnors. For his deft handling of this comedy, Corden took home both an Olivier Award and a Tony Award in 2012. He won praise for another project the following year, a Hulu series called The Wrong Mans, which he and Mathew Baynton created and starred in. In 2014, Corden enjoyed a prominent role in the musical film Into the Woods, with Meryl Streep, Emily Blunt and Anna Kendrick.

Corden went on to appear in Kill Your Friends (2015) and provide the voice of leading characters in a string of animated films that included Trolls (2016), The Emoji Movie (2017) and Peter Rabbit (2018). In 2019, following a cameo in the Beatles-themed Yesterday, he starred in the big-screen adaptation of the Broadway musical Cats, as Bustopher Jones.

In September 2014, it was announced that James Corden would be replacing Craig Ferguson as the host of The Late Late Show. Surprised that CBS picked him, Corden told Variety, “When I got the job, I’d never even been on an American talk show.” He considered the decision to hire him to be “a really bold choice.”

Corden made his late night debut in March 2015 with actor Tom Hanks as one of his guests. Since then he has attracted an array of stars, including Mariah Carey, Katie Couric, David Beckham, Justin Bieber and Ariana Grande.

Although Corden generally did not provide the same degree of biting political commentary known to come from other talk-show hosts like Jimmy Kimmel and Stephen Colbert, fans took to his joviality and recurring segments like "Carpool Karaoke," which led to an Emmy win in 2016, and "Drop the Mic," which became a separate TV competition series in 2017.

In August 2019, CBS announced that it had extended Corden's contract to host The Late Late Show through 2022.

Thanks to his accessible sense of humor and performance skills, Corden has become a popular choice to host some of television's major awards ceremonies. After hosting the 70th Tony Awards in June 2016, he was tapped for the 59th Annual Grammy Awards in February 2017, and the following year's Grammys as well. Corden then hosted the Tonys for a second time in June 2019.

Corden moved from England to Los Angeles with his wife Julia and their three children, son Max and daughters Carey and Charlotte.

Born on August 22, 1978, in England, actor James Corden discovered his desire to perform at an early age. As he writes in his 2011 autobiography, Can I Have Your Attention Please?, "I wanted to entertain people, to act, sing, dance; everything and anything that would mean people would look at me and smile."

Corden spent most of his childhood in Hazlemere, a village near High Wycombe. His mother was a social worker and his father was a musician in the Royal Air Force. His family was active in the Salvation Army.

Corden started studying his craft at the Jackie Palmer Stage School, an after school program that gave children acting and dancing lessons. At 17, Corden landed his first professional part in a production of the musical Martin Guerre. He soon moved on to more substantial roles on television, including Boyz Unlimited, Fat Friends and Teachers.