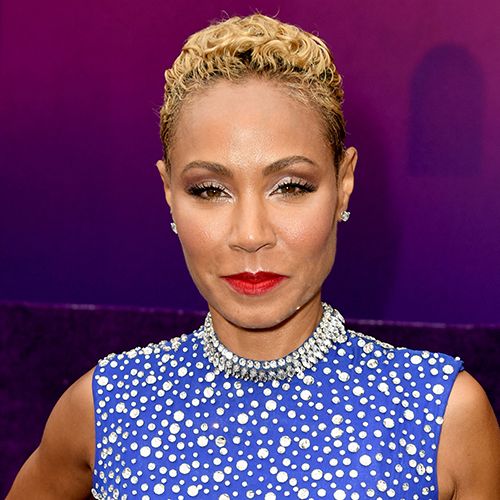 Who Is Jada Pinkett Smith?

Actress Jada Pinkett Smith landed her big break on the sitcom A Different World. She went on to star in films like The Nutty Professor, with Eddie Murphy, and Spike Lee's Bamboozled, before her prominent contributions to The Matrix Reloaded and the animated film Madagascar. Pinkett Smith later returned to television with starring roles on Hawthorne and Gotham and helped make Girls Trip a surprise box-office hit in 2017. She is married to actor Will Smith, with whom she has children Jaden and Willow.

Pinkett Smith was born on September 18, 1971, in Baltimore, Maryland. The daughter of contractor Robsol Pinkett Jr. and nurse Adrienne Banfield-Jones, she attended the Baltimore School of the Arts as a teenager, where one of her classmates and friends was the late rap artist Tupac Shakur.

Following cameos in various TV shows, the diminutive actress got her first big break in 1991 with a recurring role on the Cosby Show spinoff, A Different World. Although her character, Lena James, eventually garnered more screen time, A Different World was running on fumes following the loss of several original characters and was canceled after the sixth and final season in 1993.

Pinkett Smith's film career took off with the 1993 movie Menace II Society, leading to featured roles in Jason's Lyric (1994), Set it Off (1996), The Nutty Professor (1996), Scream 2 (1997) and Return to Paradise (1998). She went on to appear in Spike Lee's highly controversial Bamboozled (2000), a satire of racial bias in the television industry, and the following year she joined husband Smith in the biopic Ali, in which she played boxing great Muhammad Ali's first wife, Sonji.

Big-Screen Stardom: 'The Matrix' and 'Madagascar'

Pinkett Smith soon became known for her role as human rebel Niobe in the films The Matrix Reloaded (2003) and The Matrix Revolutions (2003). She voiced the character of Gloria the hippopotamus for Madagascar (2005), returning for its many sequels, before co-starring in the dramas Reign Over Me (2007), with Adam Sandler and Don Cheadle, and The Women (2008) with Meg Ryan, Annette Bening, Eva Mendes and Debra Messing. Also in 2008, Pinkett Smith made her debut as a director and writer in the independent feature The Human Contract.

Largely absent from the big screen following her directing debut, Pinkett Smith returned for a supporting role in Magic Mike XXL (2015) and joined the ensemble cast of Bad Moms (2016). Continuing down the path of R-rated comedies, she featured prominently in the surprise hit Girls Trip (2017), with Queen Latifah, Tiffany Haddish and Regina Hall.

Return to TV: 'Hawthorne' and 'Gotham'

In 2009, Pinkett Smith returned to television as the executive producer and star of Hawthorne, playing the titular chief nursing officer. While she won an NAACP Image Award for Outstanding Actress in a Drama Series, Hawthorne failed to distinguish itself as a medical drama and was canceled after three seasons.

Pinkett Smith followed by joining the cast of Gotham, a small-screen Batman origin story. Her gangster character of Fish Mooney, created specifically for the series, featured prominently in Season 1, though the plot twists kept her sidelined until the second half of Season 2.

In May 2018, Pinkett Smith launched Red Table Talk on Facebook Watch. Sharing hosting duties with mom Adrienne and daughter Willow, the actress said her show would delve into issues that had affected her family, from differing generational viewpoints. "My mother is old school, Willow is new school, and I find myself right in the middle," she said.

Red Table Talk proved to be a headline-grabber thanks to Pinkett Smith's willingness to share all kinds of personal information, including her admissions that she had undergone vaginal rejuvenation and that she was once addicted to using sex toys.

Smith and Jada Pinkett were married on New Year's Eve, 1997. Their son, Jaden Christopher Syre, was born in 1998. Their daughter, Willow Camille Reign, was born in October 2000. Pinkett Smith also became stepmother to Trey, a son from his Smith's previous marriage to Sheree Zampino.

In July 2020, Pinkett Smith admitted to previously having a romantic relationship with singer August Alsina while she and Smith were on a break.