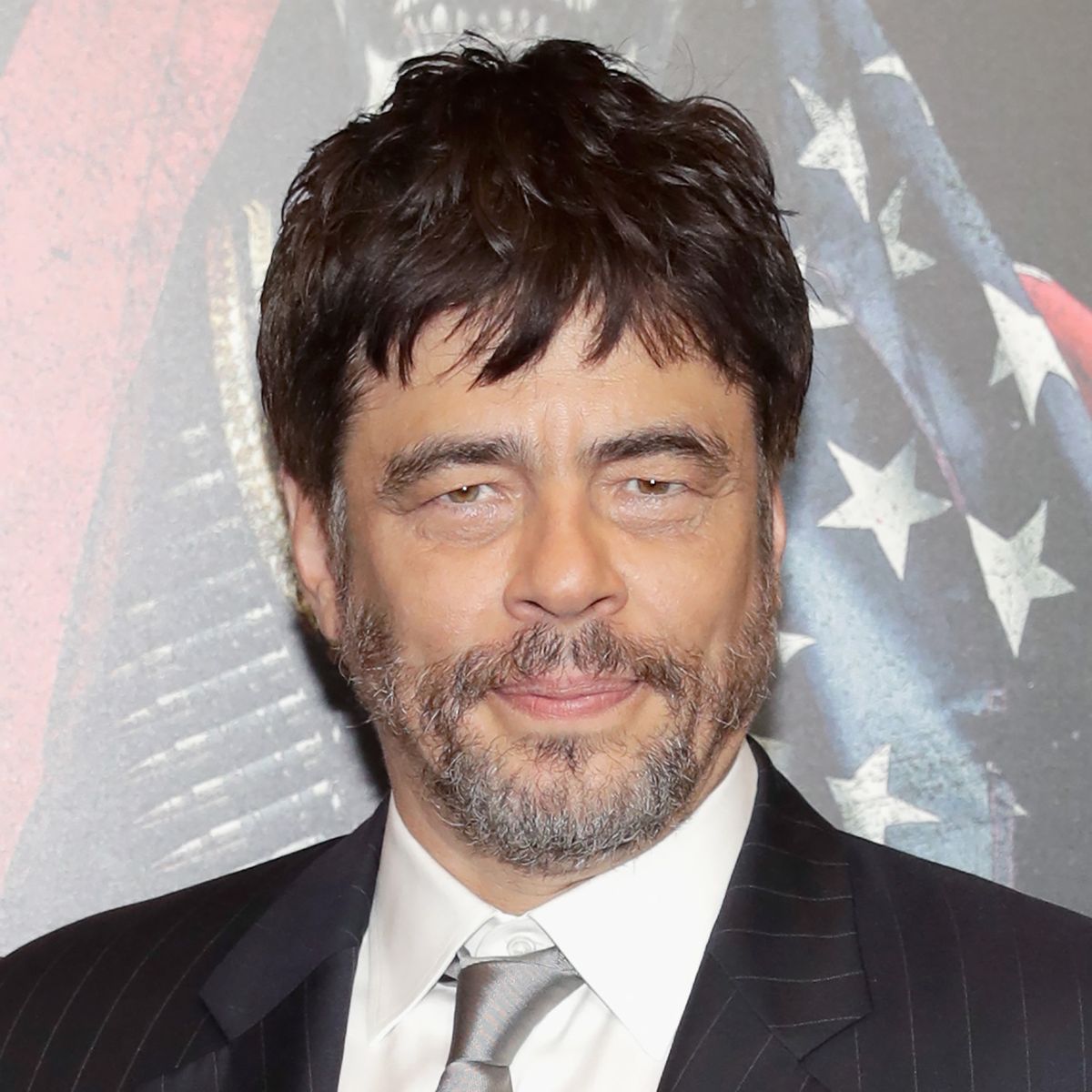 Who Is Benicio Del Toro?

Born in Puerto Rico on February 19, 1967, Benicio Del Toro later entered University of California San Diego for law but eventually moved to New York and studied theater instead. Following his Academy Award for Traffic, Del Toro took on other roles and was nominated for another best supporting actor Oscar for 21 Grams. Additional films include The Pledge, the two-part Che, Guardians of the Galaxy and Sicario.

Benicio Del Toro was born on February 19, 1967, in Santurce, Puerto Rico. Del Toro's mother died when he was 9 years old, and his family moved to a farm in Pennsylvania four years later. Del Toro enrolled at the University of California at San Diego after high school with the intention of becoming a lawyer. Instead, his love of acting (developed in freshman drama classes) led him to pursue serious theater training. He moved to New York City, where he attended the Circle in the Square Professional Theater School before winning a scholarship to the renowned Stella Adler Conservatory.

Over the next several years, Del Toro turned in memorable performances in such films as Christopher Columbus: The Discovery (1992), China Moon (1991), starring Ed Harris, and the independent favorite Swimming With Sharks (1994). He first gained serious critical attention in 1995, however, for his scene-stealing turn as Fred Fenster, the mumbling, doomed hoodlum with a flair for fashion in the acclaimed crime drama The Usual Suspects, costarring Kevin Spacey and Gabriel Byrne. Del Toro earned an Independent Spirit Award for the performances—the first of two, it turned out, as he picked up another the following year for his supporting turn in Basquiat, as the best friend of the titular artist (played by fellow indie favorite Jeffrey Wright).

Del Toro's first mainstream leading role was in the critically drubbed Excess Baggage (1997), costarring Alicia Silverstone. The project did little to advance his otherwise promising career. He put on a good deal of weight for his next film, the little-seen Fear and Loathing in Las Vegas (1998), in which he played Dr. Gonzo, the lawyer-sidekick of film star Johnny Depp as a Hunter S. Thompson-esque journalist. Another edgy offering, 2000's The Way of the Gun, also failed to click with audiences.

With the release of Steven Soderbergh's drug saga Traffic in late 2000, Del Toro found himself at the middle of a virtual storm of critical praise and media attention. A standout even among the film's impressive ensemble cast (including Michael Douglas, Catherine Zeta-Jones and Don Cheadle), Del Toro's bilingual performance as Javier Rodriguez, a Mexican police officer, earned the actor a Golden Globe and an Academy Award for best supporting actor. (The role was so central to the film that at the yearly Screen Actors Guild honors, Del Toro took home the award for best actor, beating out such leading men as Russell Crowe, Tom Hanks and Geoffrey Rush.)

From 'Grams' to 'Galaxy'

In the first months of 2001, Del Toro was seemingly ubiquitous; in addition to Traffic, he played the gangster Frankie Four Fingers in Snatch (late 2000), a crime caper directed by Guy Ritchie and costarring Brad Pitt. He also appeared in Sean Penn's The Pledge (2001), starring Jack Nicholson, as a mentally disturbed Native American man wrongly convicted of the rape and murder of a young girl.

Del Toro continued to take on challenging roles over the next few years. He played a born-again ex-con in 21 Grams (2003) with Naomi Watts and Penn, which garnered Del Toro another Academy Award nomination for best supporting actor. He went on to portray a violent cop in Sin City (2005), which was based on Frank Miller's graphic novels and directed by Roberto Rodriguez. Additional films from around this time include Things We Lost in The Fire (2007) and the two-part Che (2008), in which he portrays revolutionary Ernesto “Che” Guevara.

Going into a new decade, Del Toro continued to tackle a variety of genres. After the military veterans drama Jimmy P. (2013), the actor was seen playing an extraterrestrial being known as the Collector in the Marvel Comics adventure Guardians of the Galaxy (2014).

Grimmer fare followed, as seen with his portrayal of Pablo Escobar in Escobar: Paradise Lost and his performance as a mysterious drug war operative in the esteemed Sicario, both from 2015. The latter work saw Del Toro reunited with actress Emily Blunt, with whom he co-starred in the 2010 horror flick The Wolfman. In December 2017, the actor returned to the sci-fi genre with a role in the latest installment of the Star Wars franchise, The Last Jedi.

Del Toro has also had a taste of the other side of filmmaking: he wrote, produced and directed a short film, Submission, starring Matthew McConaughey, which screened at the Venice Film Festival in 1995. Del Toro also was a contributing director to 2012's 7 Days in Habana.