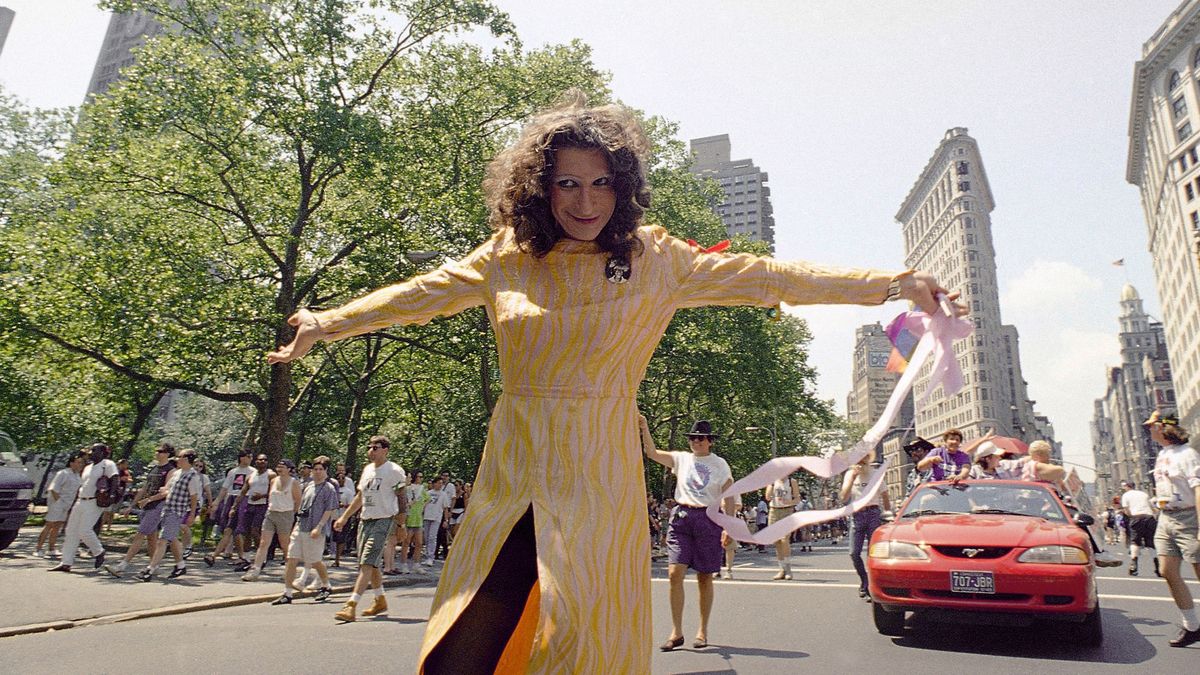 Long uncredited, Marsha P. Johnson and Sylvia Rivera were the vanguard of the modern transgender movement, fighting for the right to gender self-identify when social and criminal persecution of gay people was still common in the state of New York in the 1950s and '60s. Bars were banned from selling alcoholic beverages to homosexuals, and the act of cross-dressing could result in being charged with "sexual deviancy."

David France, director and producer of the documentary The Death and Life of Marsha P. Johnson, told the Los Angeles Blade that Johnson and Rivera helped start today’s conversation about gender nonconformity and civil rights, and were the first people who “conceptualized the idea that the trans community was a distinct community,” with its own goals and needs. France believes Johnson and Rivera were “genuine revolutionaries.”

The fifth of seven children in a religious, working-class family, Johnson was born in Elizabeth, New Jersey, in 1945. Johnson said she began wearing dresses around age 5, but stopped due to pressure from other children. After graduating high school in 1963, Johnson moved to New York City with only a bag of clothes and $15. Often homeless, she engaged in sex work and performed as a drag artist to survive. First going by the name “Black Marsha,” she eventually settled on Marsha P. Johnson, the “P” standing for “Pay it no mind,” the response given when she was questioned about her gender.

Rivera was born in New York City in 1951. Her mother died by suicide when Rivera was 3, and she was subsequently raised by her Venezuelan grandmother. She began experimenting with clothing and makeup at a young age, which resulted in verbal and physical abuse at home and at school. Rivera left home at age 11 and was soon hustling around 42nd Street.

Johnson met Rivera in 1963. The pair formed a close bond as outsiders not only to the social norms of the time, but within the burgeoning gay community itself. Johnson, a self-identified drag queen (the term transgender was not commonly used in Johnson’s lifetime), had by then become a prominent figure in the downtown LGBTQ+ community, revered for her unique, ethereal, often scavenged attire and for her role as a gracious, caring “drag mother” helping struggling and homeless youth. “I was no one, nobody, from Nowheresville, until I became a drag queen,” Johnson said in a 1992 interview. “That’s what made me in New York, that’s what made me in New Jersey, that’s what made me in the world.” 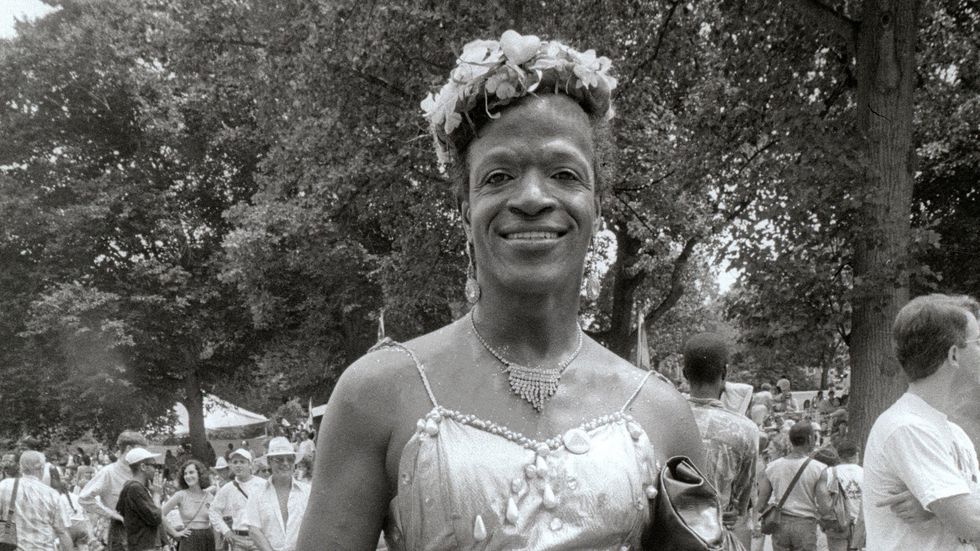 Together they created STAR which advocated for transgender rights

Rivera’s fiery demeanor and simpler look contrasted Johnson's, but the two became fixtures of the Christopher Street gay community and were prominent figures in the Stonewall Inn riots of 1969, when neighborhood residents and patrons of the bar fought back against a police raid. The public uprising served as a catalyst for the gay rights movement, with Johnson and Rivera on the front lines. A year later, the first gay pride parade was held in New York City, and Johnson joined Rivera in founding STAR: Street Transvestite Action Revolutionaries, which advocated for the rights of young transgender people and offered meals and sanctuary to homeless youth. At the time, Johnson said her goal was “to see gay people liberated and free and to have equal rights that other people have in America.”

As part of the Gay Activists Alliance, Rivera worked to pass a gay rights bill in New York City, even being arrested when she climbed the walls of City Hall in a dress and heels. But within a few years, the GAA had dropped transgender concerns from its agenda, in favor of more outward assimilation. “When things started getting more mainstream, it was like, ‘We don’t need you anymore,’” Rivera told the Village Voice of how transgender people had become a subculture within a subculture. Galvanized to fight even harder, Rivera warned: “Hell hath no fury like a drag queen scorned.”

A visible presence at gay liberation marches and political action protests, Johnson, Rivera and the growing trans community were banned from participating in the 1973 gay pride parade by the gay and lesbian organizing committee, reportedly due to the notion that drag queens did not shine a favorable light on the movement. In defiance, Johnson and Rivera marched ahead of the parade.

The pair grew apart over time due to distance

Their friendship faded when Rivera moved to Tarrytown, New York in the mid 1970s and Johnson remained in New York City, where she continued to be a fixture of the gay activist community. Though she suffered mental breakdowns, arrests and continued homelessness, Johnson joined street activist groups such as ACT UP in the 1980s to raise awareness of the growing AIDS epidemic. During a 1992 interview, Johnson revealed she had been HIV-positive for two years. “They call me a legend in my own time, because there were so many queens gone that I’m one of the few queens left from the ‘70s and '80s,” she said.

That same year, Johnson’s body was discovered floating in the Hudson River near the Christopher Street piers. Originally classified as suicide, Johnson’s cause of death was changed to drowning from undetermined causes. Though authorities reexamined the case in 2012, it remains open.

Returning to New York City soon after her friend’s death, Rivera took up residence on the Christopher Street Piers and continued her advocacy for homeless members of the gay community. In 1997, Rivera founded Transy House in Park Slope, Brooklyn to honor Johnson’s memory, and in 2001 Rivera resurrected STAR as an active political organization, with the word Transvestite in the title being changed to the more recently coined Transgender. Still angered by what she saw as the minimization of drag queens and transgender people by the mainstream assimilationist gay rights agenda, Rivera and STAR fought for the New York Transgender Rights Bill.

Rivera died in 2002 due to complications related to liver cancer. In 2015, Rivera became the first transgender activist to have her image appear in the National Portrait Gallery in Washington, DC., and the Sylvia Rivera Law Project continues her legacy to guarantee “all people are free to self-determine their gender identity and expression, regardless of income or race, and without facing harassment, discrimination or violence.”