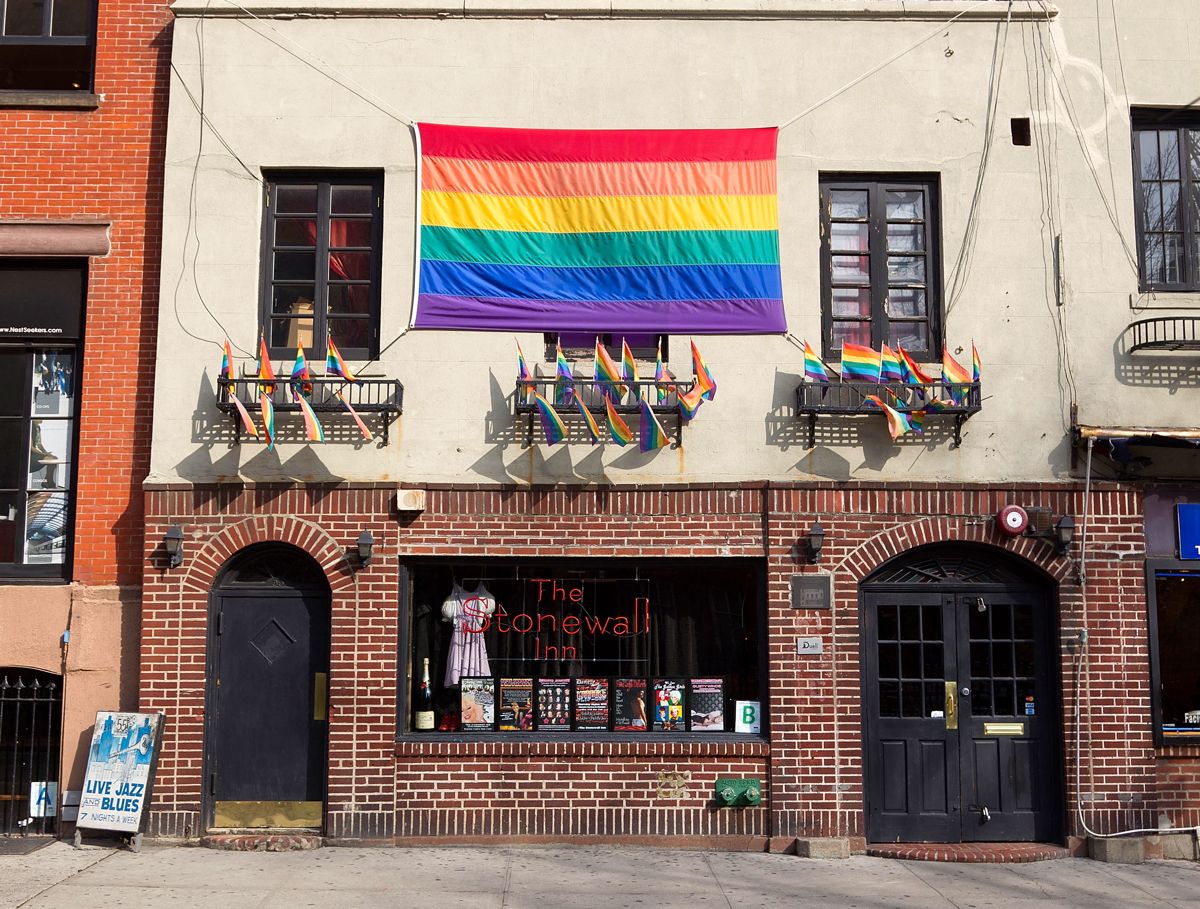 The hub of the NYC Gay Community in the 1960s was undeniably The Stonewall Inn. Located in Greenwich Village at 51 and 53 Christopher Street, this gay bar and dance club was enclosed within thick stone walls — remnants from its history as horse stables that provided both its namesake and a protective barrier from the outside world that was, on the whole, unsupportive of lesbian, gay, bisexual, and transgender (LGBT) people.

Generally thought of as a “safe place” for the LGBT community, plainclothes police officers invaded The Stonewall Inn on Friday, June 27, 1969 (the same day as the nearby Manhattan funeral of gay icon entertainer/actress/singer Judy Garland) and just after 3 am on June 28, things turned violent after a few LGBT people were arrested on questionable charges, handcuffed and very publicly forced into police cars on the streets of New York City.

The LGBT community was fed up with being targeted by the police and seeing these public arrests incited rioting that spilled over into the neighboring streets and lasted several days. These events have been collectively described as a “riot,” “rebellion,” “protest,” and “uprising.” Whatever the label, this was certainly a watershed moment in LGBT history. In fact, many believe that the events at Stonewall sparked the modern LGBT rights movement in the United States. 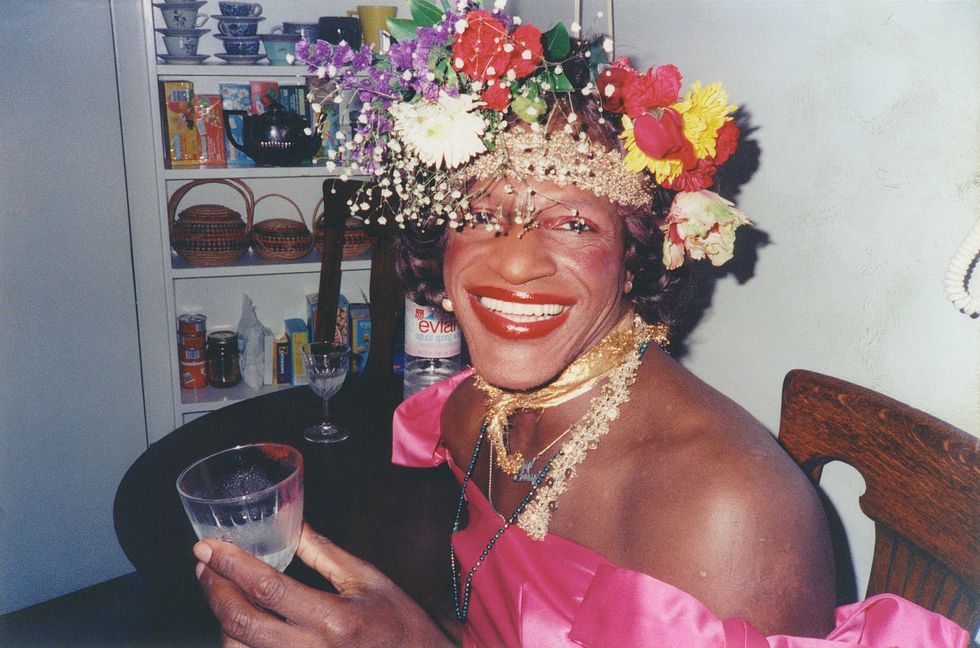 The people who were at The Stonewall Inn and/or participated in the events at Stonewall in late June/early July 1969 are known as “Stonewallers.” Although it is unknown exactly how many Stonewallers there are (some project hundreds of thousands), many have publicly shared their stories and some are members of the Stonewall Veterans' Association (SVA).

Marsha P, Johnson was at The Stonewall Inn on the first night of the riots. Many eyewitnesses have identified her as one of the main instigators of the uprising.

Born Malcolm Michaels, Jr. on August 24, 1945, in Elizabeth, New Jersey, Johnson moved to NYC in the mid-1960s. She faced many hardships as an African American trans woman and even lived on the streets until she broke into the nightclub scene and became a prominent NYC drag queen. An eccentric woman known for her outlandish hats and glamorous jewelry, she was fearless and bold. Whenever she was asked what the “P” in her name stood for and when people pried about her gender or sexuality, she quipped back with “Pay it No Mind.”

Her forthright nature and enduring strength led her to speak out against the injustices she saw at Stonewall in 1969. Following the events at Stonewall, Johnson and her friend Sylvia Rivera co-founded the Street Transvestite Action Revolutionaries (STAR) and they became fixtures in the community, especially in their commitment to helping homeless transgender youth in NYC.

Sadly, at the age of 46, on July 6, 1992, her body was found floating in the Hudson River off the West Village Piers. The police initially ruled her death a suicide despite claims from her friends and other members of the local community that she was not suicidal. Twenty-five years later, crime victim advocate Victoria Cruz of the New York City Anti-Violence Project (AVP) re-opened this investigation.

The Stonewall Inn was declared a National Historic Landmark

On the first anniversary of the Stonewall rebellion in June 1970, the very first gay pride march was held in Manhattan and since then, millions of LGBT pride marches, parades, picnics, parties, festivals, and symposia have taken place and June has been declared LGBT Pride Month to honor the 1969 Stonewall riots. Although the original Stonewall Club closed its doors in December 1969, the totally renovated Stonewall Inn reopened on March 12, 2007, at 53 Christopher Street. On June 24, 2016, the Stonewall Inn was officially recognized as a National Historic Landmark by President Barack Obama due to its association with events that outstandingly represent the struggle for civil rights in America. The Stonewall Inn is the very first LGBT National Historic Landmark in history.

The Stonewall riots were a tipping point for the Gay Liberation Movement in the United States. Its participants shaped a new cultural awareness of a population that was largely ostracized. Along with Johnson, who played a pivotal role in the initial moment of resistance that sparked the landmark rebellion, millions of activists continue to commemorate the events at Stonewall and fight for LGBT rights. Numerous plays, musicals, books, and films celebrate and honor the history of Stonewall and anyone can drop by The Stonewall Inn to see “where pride began.”