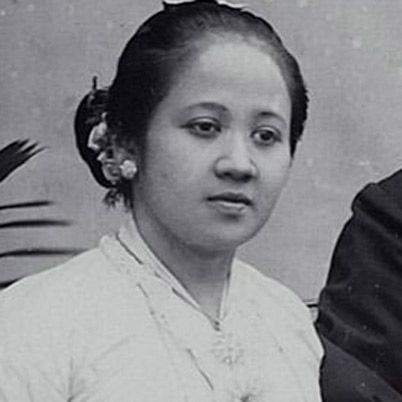 Who Was Raden Adjeng Kartini?

Raden Adjeng Kartini opened the first Indonesian primary school for native girls that did not discriminate based on social standing in 1903. She corresponded with Dutch colonial officials to further the cause of Javanese women's emancipation up until her death, on September 17, 1904, in Rembang Regency, Java. In 1911, her letters were published.

Kartini was born to a noble family on April 21, 1879, in the village of Mayong, Java, Indonesia. Kartini's mother, Ngasirah, was the daughter of a religious scholar. Her father, Sosroningrat, was a Javanese aristocrat working for the Dutch colonial government. This afforded Kartini the opportunity to go to a Dutch school, at the age of 6. The school opened her eyes to Western ideals. During this time, Kartini also took sewing lessons from another regent's wife, Mrs. Marie Ovink-Soer. Ovink-Soer imparted her feminist views to Kartini, and was therefore instrumental in planting the seed for Kartini's later activism.

When Kartini reached adolescence, Javanese tradition dictated that she leave her Dutch school for the sheltered existence deemed appropriate to a young female noble.

Struggling to adapt to isolation, Kartini wrote letters to Ovink-Soer and her Dutch schoolmates, protesting the gender inequality of Javanese traditions such as forced marriages at a young age, which denied women the freedom to pursue an education.

Ironically, in her eagerness to escape her isolation, Kartini was quick to accept a marriage proposal arranged by her father. On November 8, 1903, she wed the regent of Rembang, Raden Adipati Joyodiningrat. Joyodiningrat was 26 years older than Kartini, and already had three wives and 12 children. Kartini had recently been offered a scholarship to study abroad, and the marriage dashed her hopes of accepting it. According to Javanese tradition, at 24 she was too old to expect to marry well.

Intent on spreading her feminist message, with her new husband's approval, Kartini soon set about planning to start her own school for Javanese girls. With help from the Dutch government, in 1903 she opened the first Indonesian primary school for native girls that did not discriminate on the basis of their social status. The school was set up inside her father's home, and taught girls a progressive, Western-based curriculum. To Kartini, the ideal education for a young woman encouraged empowerment and enlightenment. She also promoted their lifelong pursuit of education. To that end, Kartini regularly corresponded with feminist Stella Zeehandelaar as well as numerous Dutch officials with the authority to further the cause of Javanese women's emancipation from oppressive laws and traditions. Her letters also expressed her Javanese nationalist sentiments.

On September 17, 1904, at the age of 25, Kartini died in the regency of Rembang, Java, of complications from giving birth to her first child. Seven years after her death, one of her correspondents, Jacques H. Abendanon, published a collection of Kartini's letters, entitled "From Darkness to Light: Thoughts About and on Behalf of the Javanese People." In Indonesia, Kartini Day is still celebrated annually on Kartini's birthday.