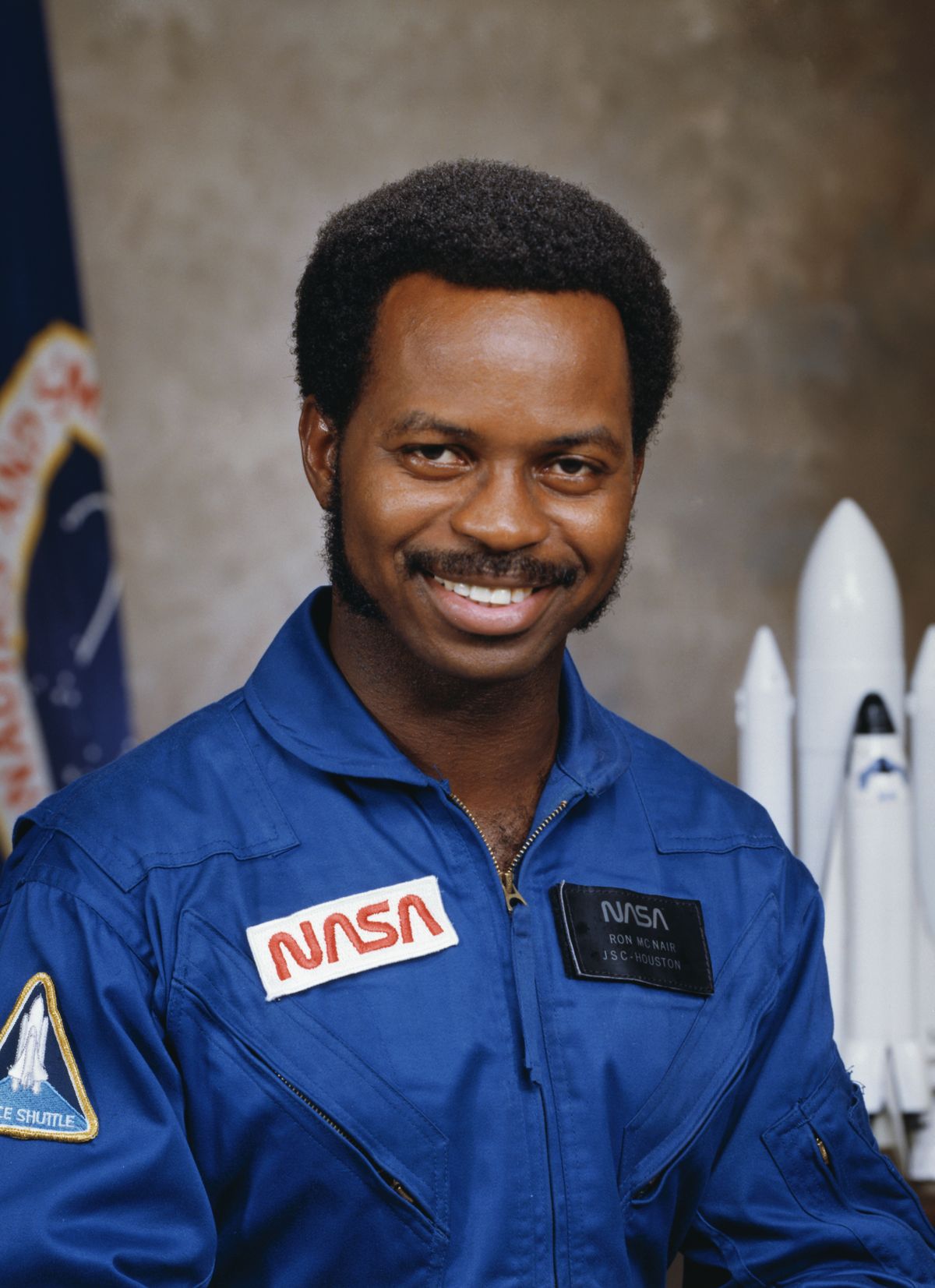 Who Was Ronald McNair?

Ronald McNair was an MIT-trained physicist who specialized in laser research before joining NASA in the late 1970s. In February 1984, he became just the second African American to reach space, serving as a mission specialist aboard the Space Shuttle Challenger. On January 28, 1986, he was one of the seven crew members killed when the Challenger shockingly exploded 73 seconds after liftoff.

Ronald Erwin McNair was born on October 21, 1950, in Lake City, South Carolina. The second of three boys born to Carl, a mechanic, and Pearl, a teacher, McNair displayed an early aptitude for technical matters, earning the nickname "Gizmo."

McNair's interest in space was piqued by the launch of the Russian satellite Sputnik in 1957, and boosted by the appearance of Star Trek on TV years later, its multi-ethnic cast pushing the boundaries of what was possible for a small-town African American boy.

An outstanding all-around student at Carver High School, McNair starred in baseball, basketball and football and played saxophone for the school band. He graduated as valedictorian of the class of 1967, earning a scholarship to attend North Carolina Agricultural and Technical State University.

From there, it was on to the Massachusetts Institute of Technology as a Ford Foundation fellow. Adjusting to the new environment proved a challenge for McNair, who came from a historically Black undergraduate school. He later faced a potentially career-altering obstacle when two years of specialized laser physics research for his doctorate was stolen, but he managed to produce a second set of data in a year, and earned his Ph.D in physics in 1976.

By this point, McNair was a recognized expert in the fields of chemical and high-pressure lasers. He went to work for Hughes Research Laboratories in Malibu, California, where he focused on such tasks as the development of lasers for isotope separation and conducted research on electro-optic modulation for satellite space communications.

While working as a staff physicist at Hughes Research Laboratories, McNair learned that the National Aeronautics and Space Administration (NASA) was looking for scientists to join its shuttle program. Of the 11,000 applicants, McNair was one of 35 selected in January 1978, and he completed his training and evaluation period the following August.

McNair, who played saxophone for a band during college, maintained his love for the instrument throughout his life. He was famously photographed playing his sax during his first mission to space in 1984.

Additionally, the accomplished physicist and astronaut was highly skilled in karate. He won the 1976 AAU Karate Gold Medal and five regional championships, eventually achieving the rank of fifth-degree black belt.

In early 1985, McNair was tapped for the STS-51L mission of the Space Shuttle Challenger, an undertaking that would draw media attention for its selection of teacher Christa McAuliffe as a civilian payload specialist. McNair was tasked with controlling Challenger's robotic arm to release and retrieve a satellite to observe Halley's Comet.

A presidential commission determined the explosion to be caused by the failure of a rubber "O-ring" seal on one of Challenger's solid rocket boosters, allowing hot gases to leak into the hydrogen fuel tank. McNair's wife later won a settlement against the seal manufacturer, Morton Thiokol.

Following the death of her husband, Cheryl joined other surviving family members of the crew to form the Challenger Center for Space Science Education, serving as its founding director.

McNair was a member of several organizations during his professional career, including the American Association for the Advancement of Science, the American Physical Society and the North Carolina School of Science and Mathematics Board of Trustees.

Among his many honors, he was named a Distinguished National Scientist by the National Society of Black Professional Engineers in 1979 and received the Friend of Freedom Award 1981. He also garnered honorary doctorates from NC A&T State University, Morris College and the University of South Carolina.

In 2004, McNair and the rest of his Challenger crew members were posthumously honored with the Congressional Space Medal of Honor by President George W. Bush.

McNair's accomplishments also influenced the following generations of African Americans who learned to dream big. His admirers include astrophysicist Neil deGrasse Tyson, another world-renowned intellect who found fulfillment via contact sports as a high school wrestler.

"An astronaut who was also a black belt in karate served as a kind of affirmation that an athletic hobby need not interfere with academic pursuits," Tyson told the New York Daily News.