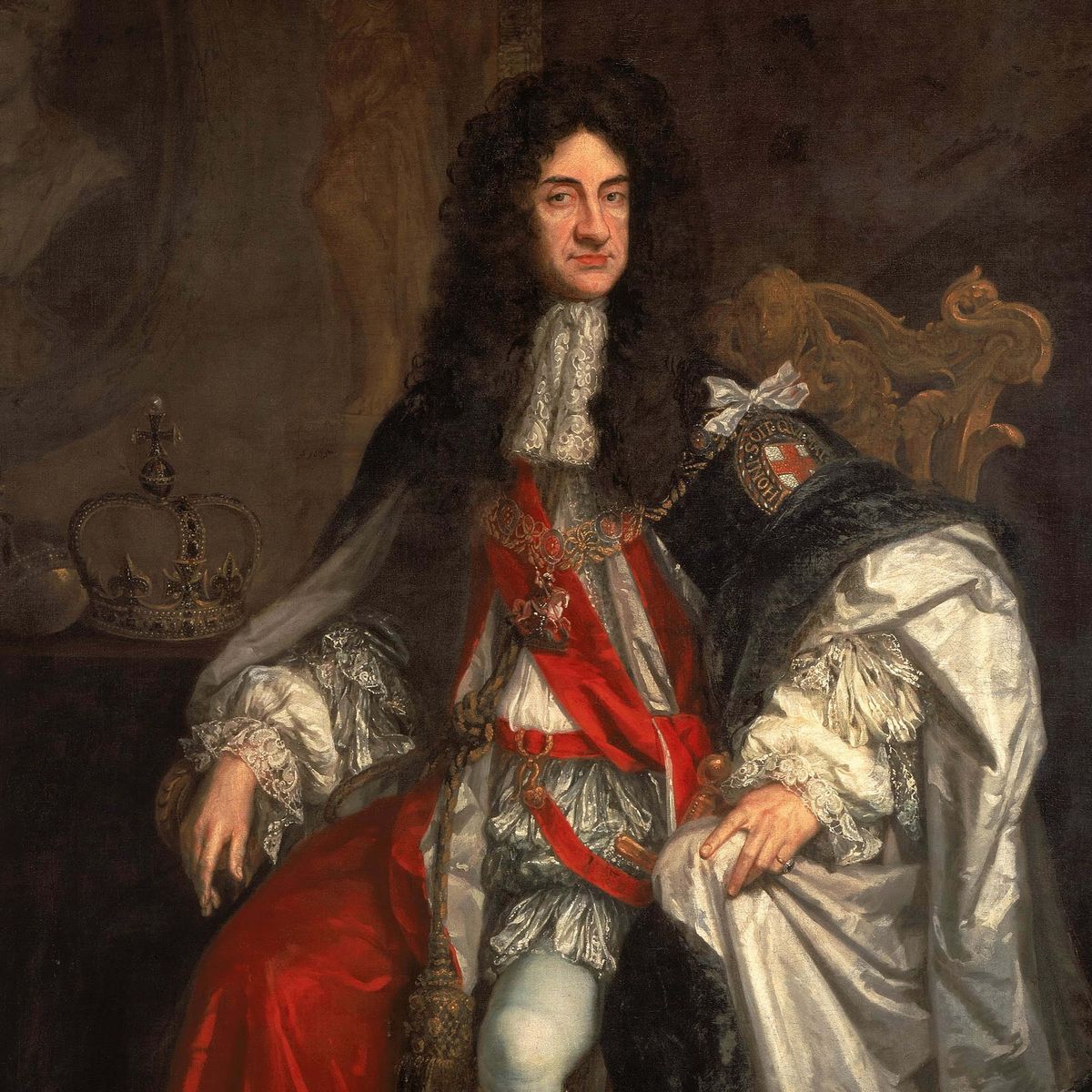 Who Was Charles II of England?

After the execution of his father, Charles II lived in exile until he was crowned King of England, Ireland and Scotland in 1661. His reign marking the Restoration period, Charles was known for his cavorting lifestyle and feuds with Parliament. He converted to Catholicism just before his death in London on February 6, 1685.

When Charles II was born in St. James’s Palace in London, England, on May 29, 1630, signs of political turmoil were on the horizon in England. Two years prior, his father, King Charles I, had reluctantly agreed to the passage of the Petition of Right, which placed limits on the king’s authority.

In 1642, civil war broke out between Parliament and Charles I over his claim of divine right to rule. By the end of the decade, Parliament, led by the Puritan Oliver Cromwell, was victorious. Charles II fled to France, and Charles I was executed in 1649.

During the 11-year period of Interregnum, Charles was forbidden from being crowned king. Supporters in Scotland offered him the throne if he supported home rule. Inexperienced and untested in battle, Charles led a force into England but was quickly defeated at the Battle of Worcester, in 1651. Charles fled to the continent and spent nearly a decade in exile, forced to move from one country to another due to Cromwell’s reach.

The English republican government collapsed following Cromwell’s death in 1658, and Charles was reinstated to the throne in 1661. In his restoration agreement with Parliament, he was given a standing army and allowed to purge officials responsible for his father’s execution. In exchange, Charles II agreed to honor the Petition of Right and accept a limited income.

By this point, Charles was cynical and self-indulgent, less skilled in governing than in surviving adversity. Like his father, he believed he possessed the divine right to rule, but unlike Charles I, he didn’t make it his priority. The Royal Court was notorious for its wine, women and song, and Charles became known as the “Merry Monarch” for his indulgence in hedonistic pleasures.

In 1670, Charles signed a treaty with French King Louis XIV in which he agreed to convert to Catholicism and support France’s war against the Dutch in return for subsidies. The French assistance allowed him a little more breathing room in his dealings with Parliament.

Charles’s wife, Queen Catherine, failed to produce a male heir, and by 1677 many feared his Catholic brother, James, Duke of York, would assume the throne. To appease the public, Charles arranged for his niece, Mary, to wed the Protestant William of Orange.

A year later, the “Popish Plot” to assassinate the king emerged. Further investigation revealed no conspiracy existed, but anti-Catholic hysteria in Parliament led to false accusations against Charles’s chief advisor, Lord Danby. Tired of the conflict, Charles dissolved Parliament in 1679 and ruled alone for his remaining years.

On his death bed, Charles finally went through with his promise to convert to Catholicism, angering many of his subjects. He passed away in London’s Whitehall Palace on February 6, 1685.