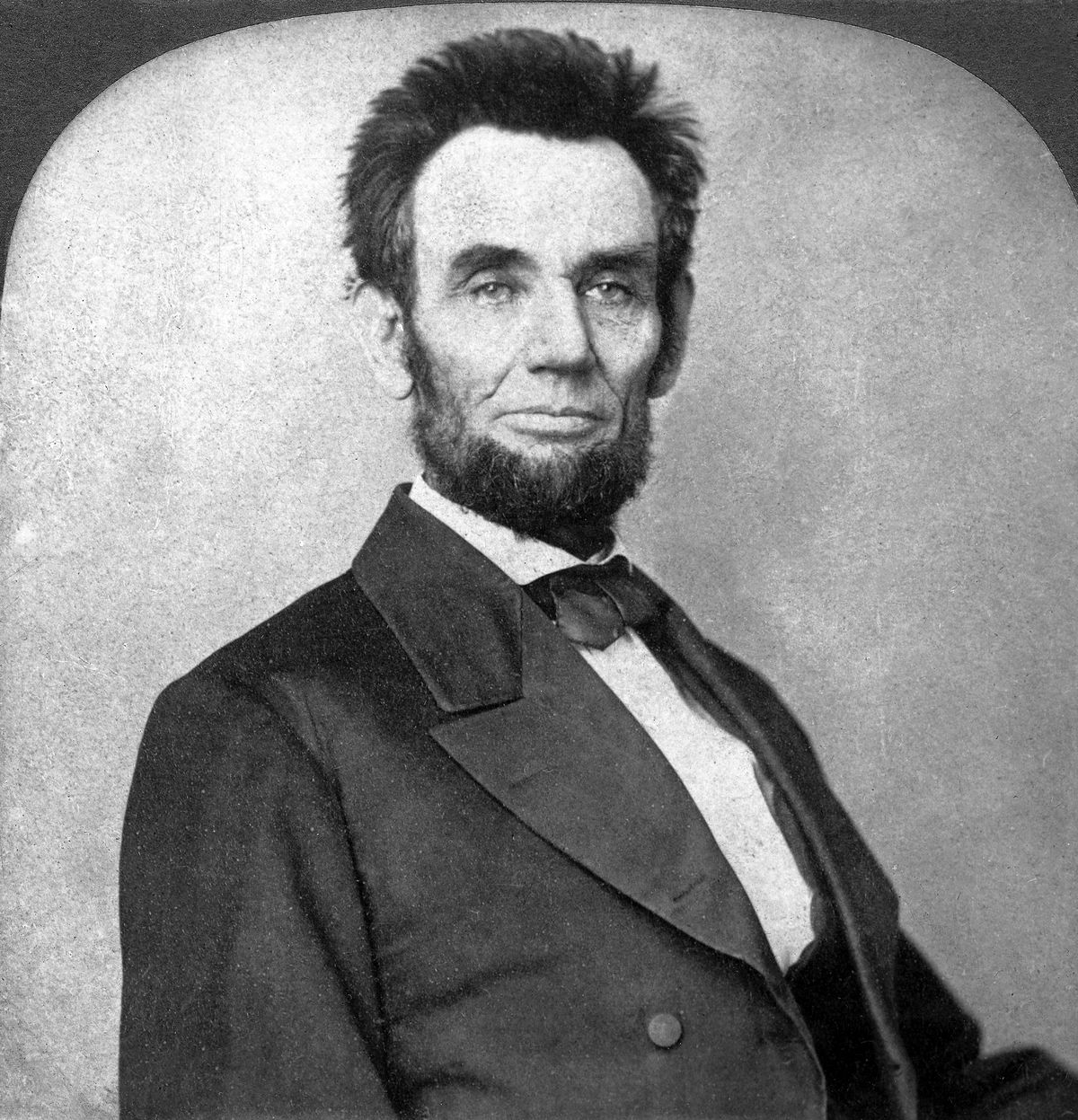 Though Abraham Lincoln's beard is now an indelible part of his image, it didn't come into existence until after he'd won the presidential election in November 1860. Lincoln decided to grow out his whiskers in part thanks to some well-meaning advice from a young supporter. The beard won public approval and may have helped keep Lincoln safe from an assassination plot in 1861.

Lincoln was striking to behold: he had a gaunt, wrinkled face, a long neck and was tall enough to tower over his contemporaries. And throughout his career, mocking his appearance was considered fair game. When he was running for president in 1860 a paper in Houston described him as "the leanest, lankiest, most ungainly mass of legs, arms, and hatchet face ever strung upon a single frame." The Charleston Mercury deemed him a "horrid-looking wretch."

Photographs were becoming more widely available, but the current methods called for lengthy posing times that made it impossible to capture Lincoln's smile and approachability. Photos could be and were retouched, but some Republicans in New York believed Lincoln "would be much improved in appearance, provided you would cultivate whiskers, and wear standing collars." An 11-year-old Lincoln supporter in New York named Grace Bedell agreed with this assessment. 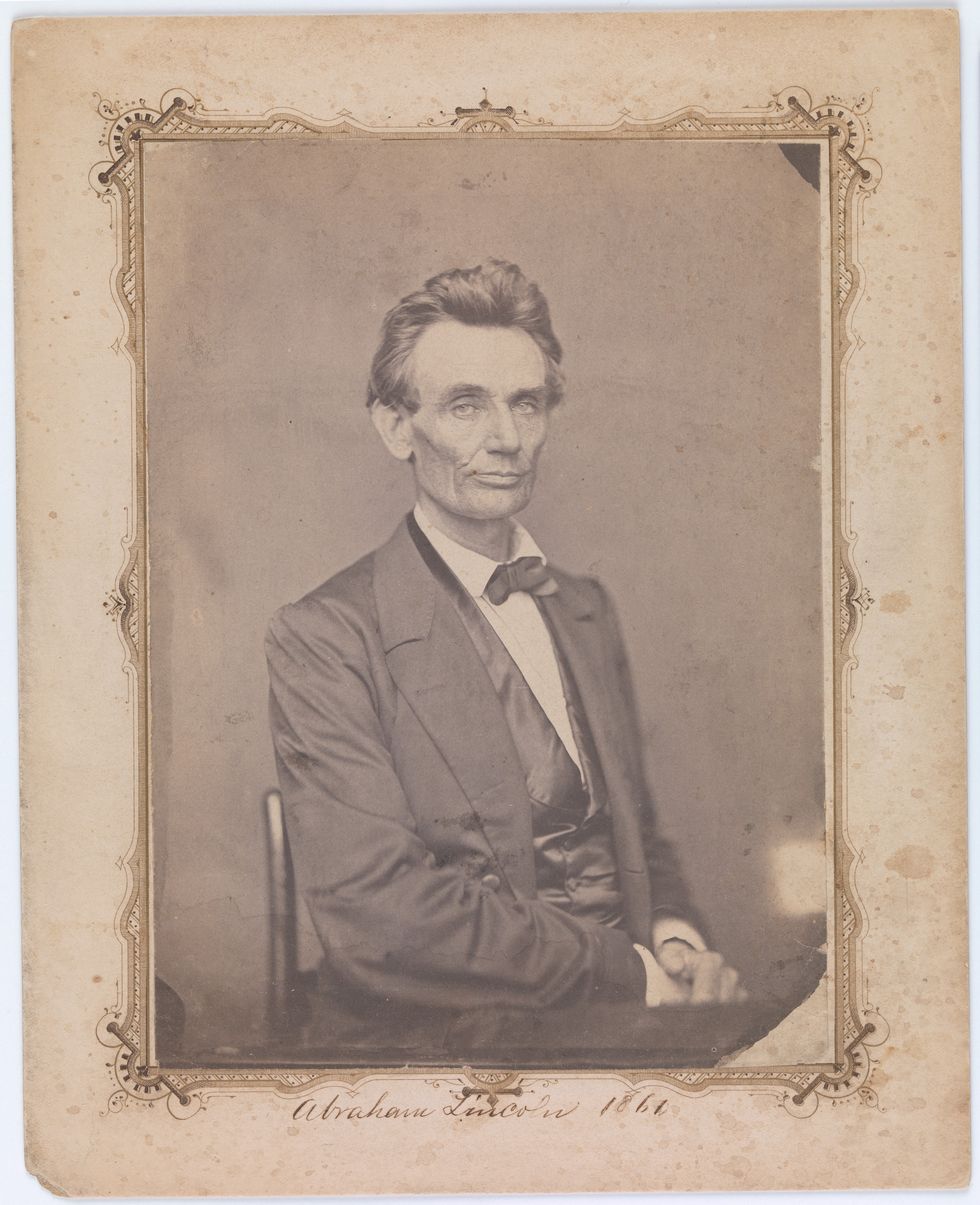 In 1860, Bedell's Republican father brought home a Lincoln poster from a county fair, but the images on it didn't impress her. Following this, and after listening to some classmates disparage the candidate, on October 15 Bedell wrote Lincoln a letter that said in part: "I have yet got four brothers and part of them will vote for you any way and if you let your whiskers grow I will try and get the rest of them to vote for you you would look a great deal better for your face is so thin. All the ladies like whiskers and they would tease their husbands to vote for you and then you would be President."

In his response to Bedell on October 19, Lincoln shared some concerns regarding her advice: "As to the whiskers, having never worn any, do you not think people would call it a piece of silly affection if I were to begin wearing them now?" It seemed Lincoln didn't plan to follow the girl's suggestion. After all, he wasn't vain and in fact had a history of engaging in self-deprecating humor about his looks. When opponent Stephen Douglas called him "two-faced" during a debate in 1858, Lincoln is said to have answered, "If I had another face, do you think I’d wear this one?"

Lincoln went on to win the presidency, but soon after the election, he told his barber he wanted to let his whiskers grow. It's uncertain exactly why he made the decision. Lincoln may have felt a beard could help set him apart from clean-shaven presidential predecessors like James Buchanan and Franklin Pierce, whose missteps had led the nation to the brink of war. The facial hair may have been intended to provide a link to his frontier background as he headed to Washington, D.C., or perhaps he'd decided to spruce up his image before holding the highest office in the land. Whatever the reason for his decision, it made Lincoln the country's first fully-bearded president.

Lincoln stopped in Westfield, New York, on the way to his inauguration to show his new beard to Bedell. The girl was shy and overwhelmed by the experience, but presumably approved of the addition. There were other constituents who also applauded Lincoln's new facial hair. One report stated, "A vigorous growth of comely whiskers has entirely changed his facial appearance." A woman in his hometown of Springfield felt that his "whiskers are a great improvement."

Fortunately, such approbation didn't inflate Lincoln's ego. A few weeks before becoming president, he declared to one crowd: "I have stepped out upon this platform that I may see you and that you may see me, and in the arrangement I have the best of the bargain." And of course, not everyone was won over. One paper, despite being pro-Lincoln, decided that even with a beard the president-elect was still "very homely."

However, one man almost certainly loathed Lincoln's whiskers, at least at first. In 1860, Milton Bradley had produced a lithograph of a beardless Lincoln. But Lincoln's new facial hair rendered Bradley's inventory out-of-date and useless. Following this business disaster, Bradley began selling a board game called the Checkered Game of Life. It became the first in a long line of successes. Without Lincoln's beard, Bradley's new career might not have happened.

Lincoln's new beard may have helped save his life

On his way to Washington, D.C., for his inauguration on March 4, 1861, Lincoln learned that a group of secessionists in Baltimore were plotting his assassination. There was then no Secret Service to provide protection, so Lincoln and his supporters were on their own. Lincoln decided to follow the advice of Allan Pinkerton, of the Pinkerton National Detective Agency, and alter his publicly known itinerary in order to travel through Baltimore earlier than expected, before any would-be killers would know of his arrival.

The new plans required Lincoln to remain incognito while riding in public rail cars and switching between train stations. There was just one bodyguard with him, so if the president-elect were to be spotted he would have little defense against unfriendly crowds. To keep from being recognized, Lincoln chose a hat in a different style than what he usually wore and hunched over to alter his notable height. His new beard may also have served to shield his identity — though Lincoln had been seen in public with facial hair, he'd been clean-shaven until November of the previous year. Many people still didn't expect to see a bearded Lincoln.

Lincoln safely made it to the capital on February 23. After word of his secret railway dash became public, he was widely mocked in the press (with some spreading false rumors that the president-elect had disguised himself as a woman). Lincoln came to regret traveling "like a thief in the night," but at least he was alive, perhaps in part thanks to his new beard.