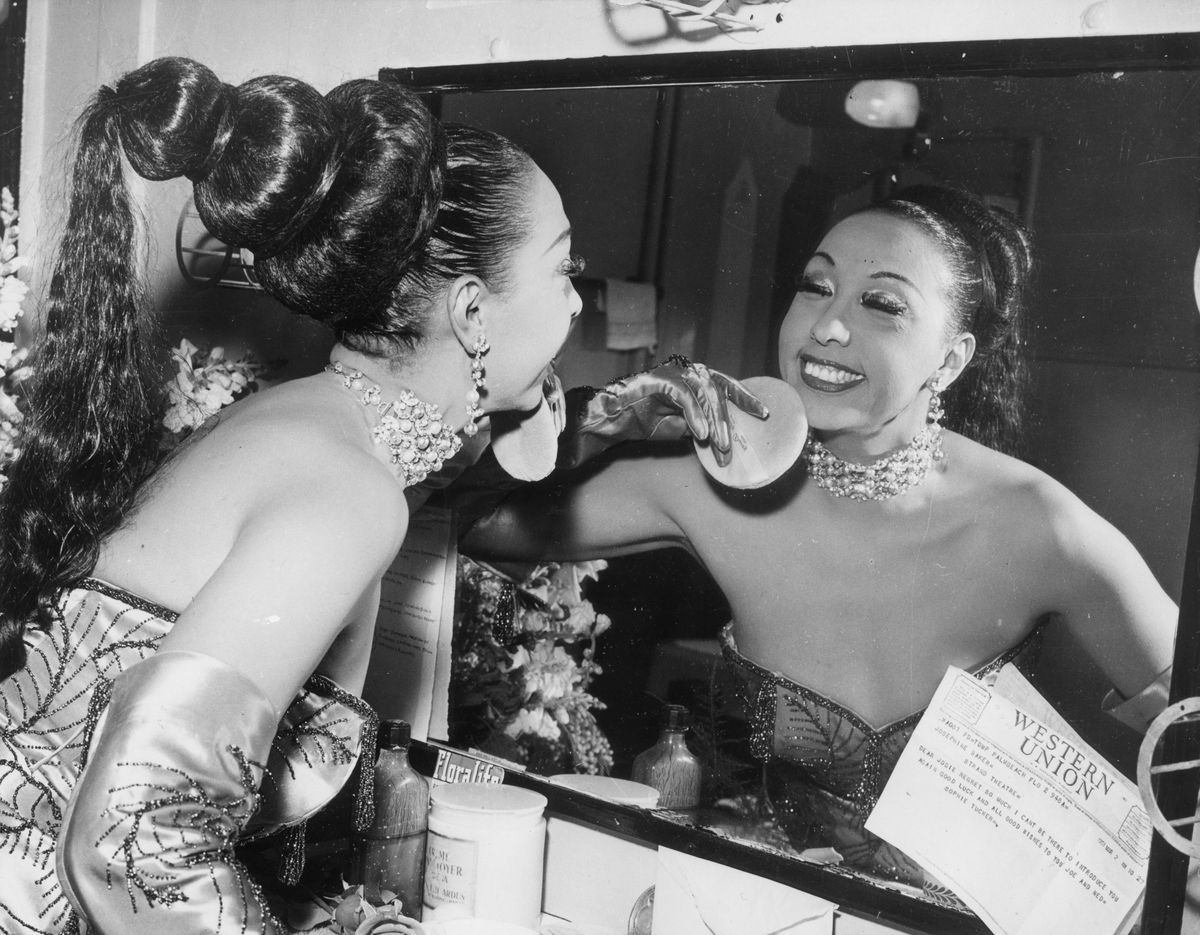 In the first half of the 20th century, dancer and singer Josephine Baker left the segregated United States for Paris, where she became one of the world's biggest stars. Baker went on to aid her adopted country of France during World War II by spying on Nazis. Yet, she didn't forget about the country of her birth.

Baker fought for equality in the United States, first by refusing to perform in segregated theaters and later by speaking at the 1963 March on Washington. She accomplished all of this and more while also staying true to herself. Being open about her sexuality was a risk at the time, but she didn't hold back from forming relationships with men and women—some famous—during the 1920s and beyond.

Baker Was Bisexual Before the Term Became Widely Used

Before she turned 20, Baker had already married two different men. Her first marriage was a short-lived union when she was 13 years old. A few years later, in 1921, she wed Willie Baker (and would hold onto his last name even after that relationship ended).

In the early 20th century, the term bisexuality wasn't widely used. However, this didn't keep Baker from understanding who she was attracted to. In addition to her relationships with men, a young Baker became a "lady lover" to blues singer Clara Smith, a star of Black vaudeville.

Baker's same-sex liaisons continued as she toured Philadelphia and New York City in the early 1920s. Maude Russell, a fellow performer who shared the stage with Baker at this time, later said, "The girls needed tenderness, so we had girl friendships, the famous lady lovers… I guess we were bisexual, is what you would call us today." 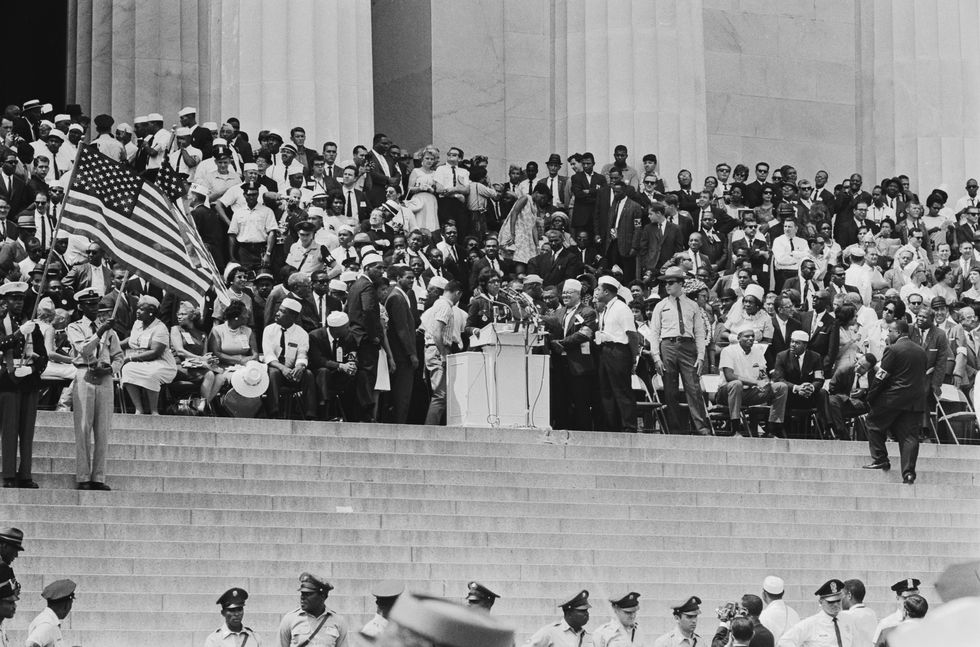 Why Did Josephine Baker Leave the United States?

In 1925, Baker left the United States and headed to Paris. At a time when the French were fascinated with Black art and culture—when jazz rhythms permeated café culture and Pablo Picasso was taking inspiration from African masks—Baker capitalized on freedoms not available in the highly segregated United States to an African American woman, especially one with her charisma, personality and preferences.

In Paris, Baker reached a new level of superstardom. Within two years of arriving there, she reportedly became one of the highest-paid and most photographed women on the continent.

It had been one thing for Baker to have both male and female lovers as a little-known chorus girl in the states; it was another to openly flout the day's conservative mores under the bright glare of fame. But she refused to hide who she was. And she found it far easier to do in the hedonistic art capital of the world, a place where exoticism was prized more than in the provincial United States.

Not only did France offer more artistic freedoms, but Baker could not have reached similar heights of stardom in the United States in an era of lynchings, Jim Crow segregation and mass migration. 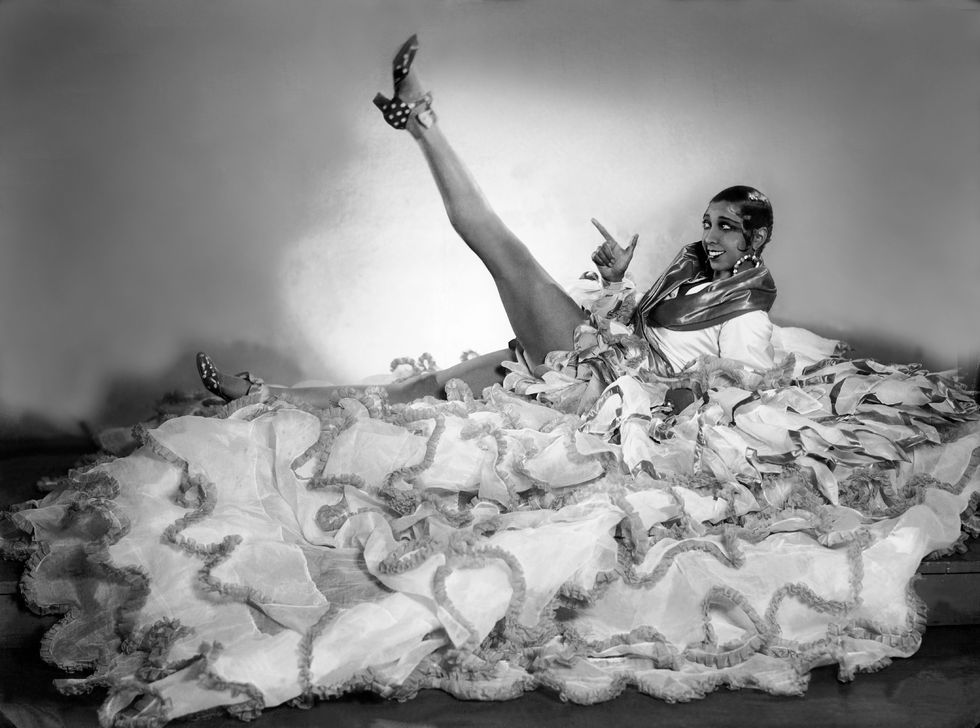 Josephine Baker dressed in an unusual outfit, posing with her leg in the air. Taken during her success as a music hall entertainer in Paris.; Getty Images / Keystone-France / Contributor

What is Josephine Baker Best Known for?

Baker won over Paris in La Revue Negre, a musical and dance extravaganza where she upended sexual stereotypes with uninhibited, often frenzied dance performances that emphasized the beauty and power of a Black body. Baker performed her Danse Sauvage to a rapturous audience that sold out night after night; she quickly became one of the city's most beloved performers, known as the "Bronze Venus."

Fresh off this success, she toured Europe while being similarly uninhibited about her sexuality. A German count wrote in his diary that at one Berlin get-together in 1926, "Miss Baker and the Landshoff girl were lying in each other's arms, like a rosy pair of lovers." Baker said of her time in Germany, "I'm not immoral, I'm only natural."

In 1930, back in France, Baker performed the song "J'ai Deux Amours" (I Have Two Loves) for the first time. It would become a lasting part of her repertoire. The song refers to a love for Paris and another country. For some, it represented Baker's allegiances to the United States and France. However, others believe Baker was singing about her bisexuality.

Not only did she refuse to keep her sexuality in the shadows, but Baker didn't shy away from famous romantic partners. In the United States as a teenager, she had a liaison with singer Clara Smith. In Europe, Baker's paramours included the French author Colette, who called Baker a "most beautiful panther," and famed French singer Maurice Chevalier.

Baker has also been linked to the architect Le Corbusier, Crown Prince Gustaf-Adolf of Sweden, and El Glaoui, the Pasha of Marrakesh. In addition, Baker may have been involved with Mexican artist Frida Kahlo, who met the performer while visiting Paris for an exhibition of her paintings.

Also among Baker's rumored 7lovers were Fidel Castro and Ernest Hemingway. Whether or not Baker and Hemingway were ever romantically connected, Hemingway was an admirer who said Baker was "the most sensational woman anybody ever saw. Or ever will." 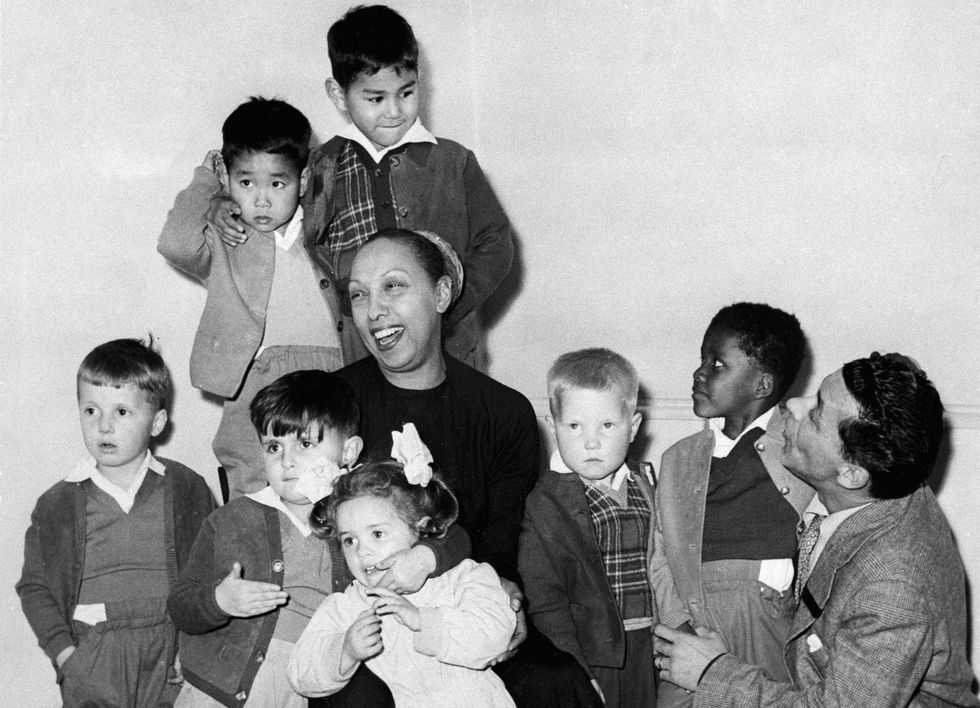 Singer Josephine Baker poses with fourth husband Jo Bouillon and some of their 12 adopted children of all races at their home in Les Milandes, France.; Getty Images / Bettmann / Contributor

Baker Had Ties to the LGBTQ Community

Baker had many gay friends. When she wed her fourth and final husband, musician Jo Bouillon, after World War II ended, she knew he was gay. The couple went on to adopt 12 children from countries around the world. Baker dubbed her children a "rainbow tribe" and believed the group could prove "racial hatred is not natural. It's an invention of man."

Though Baker was open about her sexuality, she wasn't always accepting of others. One of her children was a boy she'd adopted in Finland named Jari, or Jarry. When Baker caught him in a bathtub with another boy at the age of 15, she turned her back on him because she didn't want to risk "contaminating" his siblings. Jari went to live with Bouillon, who'd already left Baker for life in Buenos Aires.

Baker's Bisexuality is Part of Her Legacy

Even though she left the United States to pursue creative freedoms, Baker didn't turn her back on her home country. She used the platform she built abroad to highlight segregation in the Deep South by refusing to perform in venues that didn't allow mixed-race crowds.

Baker returned to the United States in 1963 to speak at the March on Washington—this time, trading her flamboyant feathers for a French air force uniform. She continued her civil rights activism until her death on April 12, 1975.

In 2021, Baker was selected to be enshrined alongside other French heroes in the Panthéon—the first Black woman to receive this honor. At the induction ceremony, French President Emmanuel Macron lauded Baker's accomplishments as a performer and war hero.

Singer and actress Janelle Monáe paid homage to Baker on Instagram after being cast to play her in the HBO docuseries, saying, "I can't wait to transform into the iconic performer, American hero, glamorous bi-con, goddess, intellect, global humanitarian and [spy] that is you."