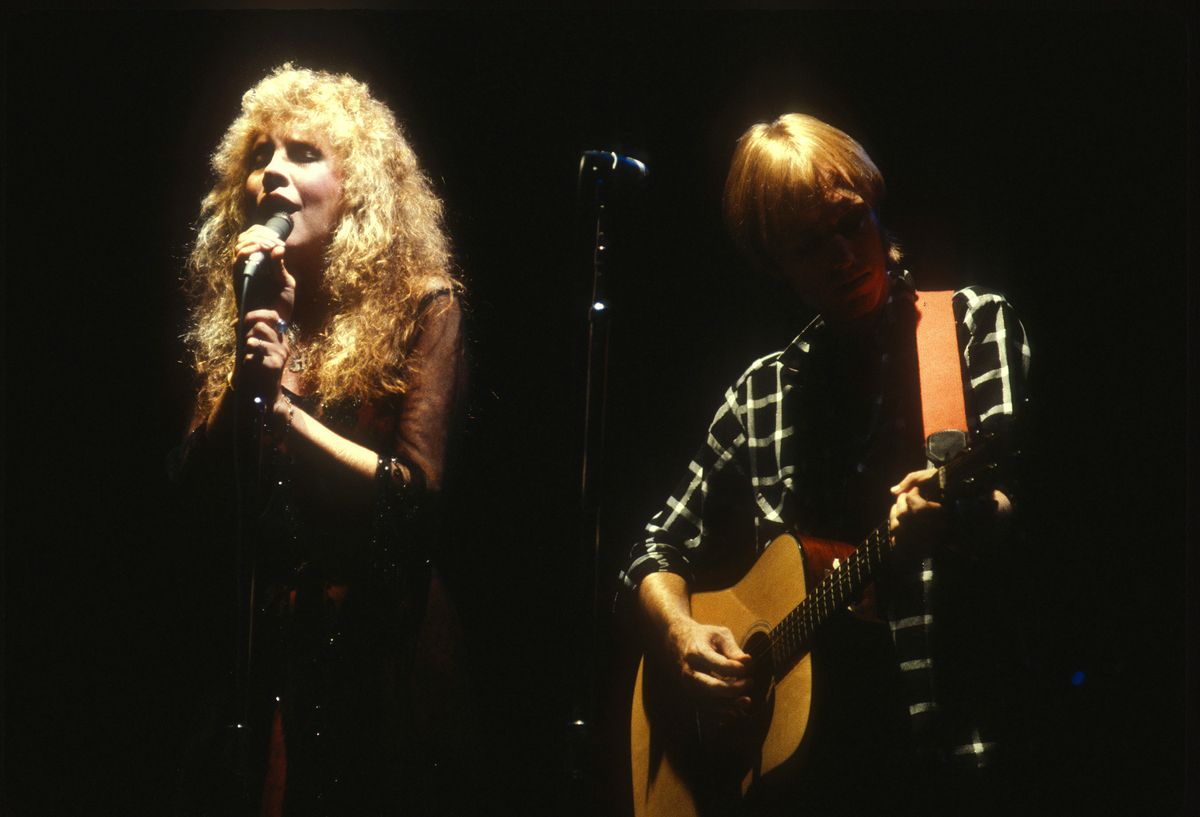 While the four decades-long friendship between Tom Petty and Stevie Nicks grew into one of mutual love and respect for one another, it started as a one-way obsession. Nicks had just joined Fleetwood Mac when she started hearing Tom Petty and the Heartbreakers’ music on the radio and became infatuated.

“I just fell in love with his music and his band,” Nicks said in Petty: The Biography by Warren Zanes. “I would laughingly say to anyone that if I ever got to know Tom Petty and could worm my way into his good graces, if he were ever to ask me to leave Fleetwood Mac and join Tom Petty and the Heartbreakers, I’d probably do it — and that was before I even met him!”

Soon enough, they did meet in 1978 — sparking an electric friendship that endured the highs and lows of each of their careers. “She came into my life like a rocket, just refusing to go away,” Petty, who died of an accidental overdose in 2017, said his biography.

And even at their final performance together — a surprise appearance by Nicks during Petty’s set at London’s BST festival in Hyde Park in July 2017 where they performed their 1981 hit “Stop Draggin’ My Heart Around” — Nicks was forever a Petty fan, declaring on stage, “You know that Tom Petty is my favorite rock star!”

READ MORE: Fleetwood Mac: Behind the Drama, Divorce and Drugs That Fueled the Making of Rumours

When Nicks fell for Petty’s music in the 1970s, she was head over heels — going to extreme lengths to get in touch with her fellow artist. Her calls to his management went unanswered, so she took on a different approach. “If I can’t be in Tom Petty and the Heartbreakers, I want to make a record that sounds as much like T.P.’s as possible,” she said in his biography.

As she started working on her own music outside of Fleetwood Mac, Nicks turned to everyone in Petty’s circle. “She didn’t have a band, she didn’t have a single and she didn’t have anyone to produce her record,” rock biographer Stephen Davis told Interview. “She basically stole the Heartbreakers from Tom Petty, stole his producer Jimmy Iovine and then stole their next single, which was ‘Stop Draggin’ My Heart Around.’ She got everything she wanted.”

But it didn’t quite happen that fast. As Petty detailed in his biography, he had opted not to produce her album, despite the fact that Nicks said she would cater her schedule to his. So he put her in touch with Iovine instead. Nicks told Iovine she wanted to be a “girl Tom Petty” in 1979. Ironically, two weeks later, she was living with Iovine as his girlfriend. 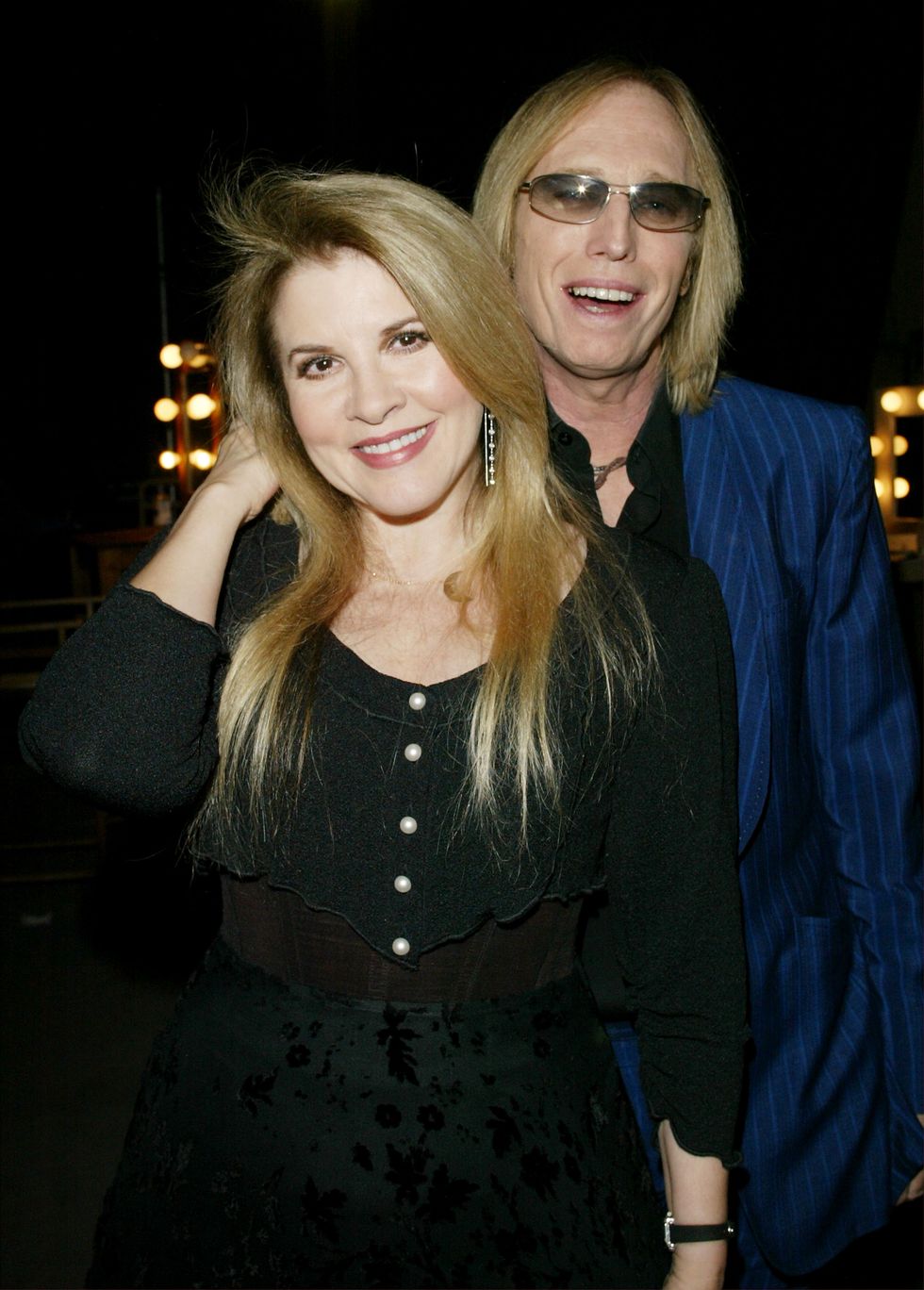 Petty wrote “Insider” for Nicks — but then took it back

While that should have been an intimate link to Petty, Iovine attempted to separate his work and personal life. Eventually, Nicks started showing up when Petty and the Heartbreakers were around. “We weren’t really welcoming to her,” Petty admitted in the biography. “It wasn’t like she received a lot of warmth. We weren’t impressed by superstars — it just wasn’t our nature.”

Instead, Nicks got to know Petty’s then-wife Jane Benyo, who he was married to from 1974 to 1996, and eventually Petty realized how “genuine and good” Nicks was. Petty started consulting on Nicks’ record and together with Iovine decided it was missing a single, so he wrote one: “Insider.”

But giving up a song wasn’t easy for Petty, especially when he realized it was one of the strongest he’d ever written, so he took it back, but kept her vocals in. At least that’s the way the story was told in Petty’s biography. However, Rolling Stone says it was Nicks who gave the song back.

However it happened, there was definitely a professional spark. “There was a chemistry between Tom Petty and Stevie Nicks that made people wonder,” Zanes wrote in the biography. “There was something, in phrasing and tone, about the way the voices lay against each other.”

Their duet “Stop Draggin’ My Heart Around” was a hit

Nicks was still missing a song from her 1981 debut solo album, Bella Donna, so Petty gave her another song, “Stop Draggin’ My Heart Around.” Not only did it stay on the Billboard charts for 21 weeks, peaking at No. 3 on September 5, 1981, but it also happened to coincide with the launch of MTV — with the video becoming a staple of the young network in its early days when it actually focused on playing music videos.

“Had he not given me that song, let me candidly tell you, Bella Donna might not have been a hit,” Nicks told Rolling Stone. “That song kicked Bella Donna right into the universe.”

Petty gave Nicks 'hard advice' when she needed it

Over the years, their relationship strengthened. Petty gave Nicks the famous star she wore on her top hats. And he continued to influence her songwriting — even if it meant giving her tough lessons.

Nicks recalled a time in 1994 when she had just come out of rehab and was shaken up by a visit from an old boyfriend. “I had dinner with [Petty] at the Ritz-Carlton,” she told Rolling Stone. “I asked Tom if he would help me write a song and he said, ‘No. You are one of the premier songwriters of all time. You don’t need me to write a song for you.’”

He was right. That blunt rejection forced her to go home and write. She came up with “Hard Advice,” which ended up on her 2014 album 24 Karat Gold with the lyrics, “Sometimes he’s my best friend.” Nicks later said, “It’s really, ‘Sometimes Tom’s my best friend.’ I changed it because I knew Tom would not want me to say his name. That’s how well I know him.”

And that wasn’t the only Nicks song that Petty influenced. “Edge of Seventeen” from Bella Donna came from a conversation Nicks had with Petty’s wife Jane about how they met when Jane was 17. While Nicks has admitted that the song is about John Lennon’s murder, she told Billboard that it’s also “a little bit about Tom,” citing the lyrics, “He seemed broken-hearted / Somethin’ within him.” Nicks explained that those were words that Jane told her about Petty at the time. 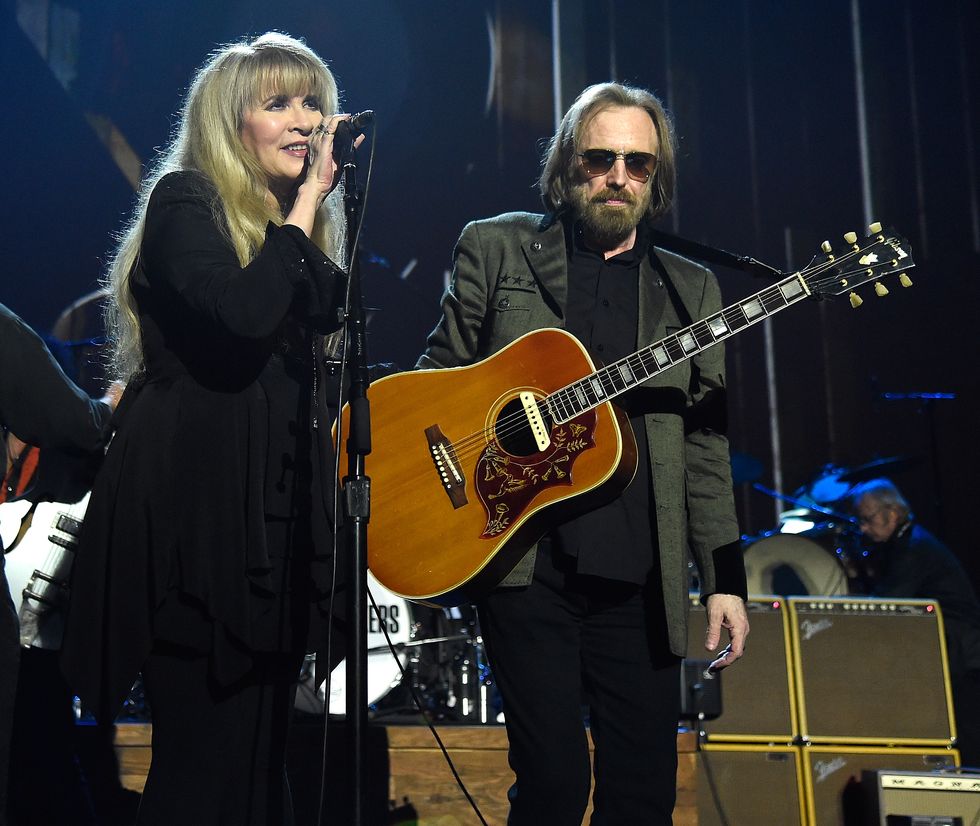 Their chemistry was electric

Whenever they performed together, romantic relationship rumors would startup. While they were never officially linked, they’ve both expressed their relationship in intimate ways.

“It’s really easy for Tom and I to be theatrical on stage because we both like it,” she told Entertainment Weekly. “If you have a duet and one of the [people] isn’t into being theatrical, you can’t do it because they think you’re stupid.”

But their chemistry clearly went beyond the stage and into the small moments as well. When Petty was asked about their friendship, he told the Toronto Sun, “Have you got a couple of hours? She’s a good friend. I’ve known her since 1978 and she’s insisted on being in my life. Some of my best musical memories of her are sitting on the couch and just playing the guitar while she sings.”

Of all the traits Nicks admired about Petty, she was most drawn to his unique sense of understanding and ability to write about women with empathy. She chalked it up to his two daughters and his two loving wives (after separating from Jane, he married Dana York in 2001). “He was surrounded by really strong women,” she told Rolling Stone. “The women around him pretty much went their own way, and he was good with that.”

That made Nicks turn to him for advice often. “Tom was a completely masculine personality, but it softened him and made him much more understanding,” she told Rolling Stone, adding that she was “never afraid to pick up the phone and explain a situation to him — and he would just talk me down.”

And it’s that bond the two musicians that truly linked them. In fact, when Nicks received a major honor in 2019, her only regret was Petty’s absence. “My biggest sadness about the Hall of Fame is that Tom is not here to enjoy this with me,” she told Rolling Stone. “He would have been the proudest of me of anyone."