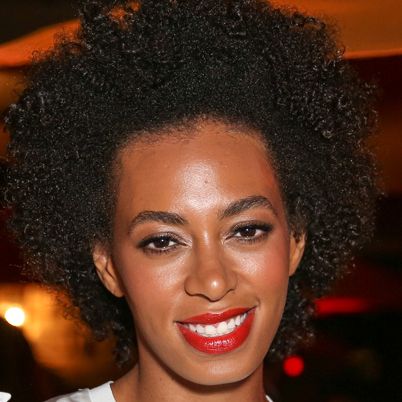 Who Is Solange Knowles?

Solange Knowles is the younger sister of R&B performer Beyoncé. Coming out of her sister's shadow, Solange made a name for herself in both the music and fashion industries as a singer, dancer and a model. In 2013, she launched her own record label, Saint Records. Her 2016 album, A Seat at the Table, reached the top of the Billboard chart and led to her first Grammy win the following year.

Singer-songwriter and model Solange Piaget Knowles was born on June 24, 1986, in Houston, Texas. Her mother, Tina, is of Creole heritage, and her father, Mathew, is African American. Her older sister is famed R&B performer Beyoncé, formerly of the all-female singing group Destiny's Child. Also an actress, dancer and savvy businesswoman, Solange Knowles performs under the name Solange.

Solange was only 13 years old and still wearing braces on her teeth when she performed as a backup dancer on tour with Destiny's Child. She first sang professionally on their 2001 holiday album, 8 Days of Christmas.

It didn't take long for Solange to come out from her sister's shadow to make a name for herself in both the music and fashion industries. When Solange was 16, her father, who was also her manager, signed her to his record company, Music World Entertainment. In 2002, she appeared on two major musical projects: Lil' Romeo's Game Time album and former Destiny's Child member Kelly Rowland's Simply Deep, for which Solange wrote the title track.

On February 27, 2004, a 17-year-old Solange married Daniel Smith Jr., who later became a football coach. The couple soon moved to Idaho so that Smith could attend school there. Later in 2004, Solange gave birth to their first child together, son Daniel Julez Smith Jr. (who she calls "Julez"). The couple divorced in 2007. Motherhood "was always chill and easy," Solange told New York Magazine in a 2012 interview, but "marriage is a whole 'nother ball game."

Solange signed a record deal with Geffen Records in 2007. Her second album, Sol-Angel and the Hadley St. Dreams, featured such artists as Mark Ronson, the Neptunes and Cee Lo Green. As with her first album, Sol-Angel failed to garner commercial success. She later signed on with Roc Nation, a label run by her brother-in-law, rapper and music mogul Jay-Z. Solange tried to make the charts again in 2012 with the seven-track effort True, which elicited a tepid response from fans and critics.

Solange has modeled for House of Deréon, a clothing line designed by her mother. In 2013, she parted ways with Roc Nation and launched her own music label, Saint Records.

As an actress, Knowles has performed voice-over work for film and television features, including the animated series The Proud Family and the DVD Bring It On: All or Nothing. She has also performed on the popular children’s series Yo Gabba Gabba!

In 2015 Solange released "Rise," a single inspired by the police killings in Ferguson and Baltimore. The following year, it was the lead track on the artist's third full studio album, A Seat at the Table. A resounding success, A Seat at the Table shot to No. 1 on the Billboard chart, making Solange and Beyoncé the first sisters to both record that achievement.

In February 2017, Solange's place among the top acts in the business was solidified when she was named the winner of the Best R&B Performance Grammy for her single "Cranes in the Sky."

Keeping homes in both Houston and Los Angeles, California, Knowles moved to Brooklyn, New York, in 2011 to be closer to her family and for more opportunities to work her craft. She then headed to New Orleans in 2013, where she continues to live part time.

However, it was her actions in New York City that made news in 2014. A video was released that showed Solange attacking her brother-in-law Jay-Z in a hotel elevator while her sister looked on. This altercation reportedly took place after the three had attended the 2014 Met Gala. According to the New York Post, Solange was overly intoxicated and "behaving badly at the party" before her clash with Jay-Z. In the days following the video's release, there was much speculation regarding what their fight was about. Solange, Beyoncé and Jay-Z later released a statement to the Associated Press about this incident. Solange and Jay-Z "have apologized to each other and we have moved forward as a united family."