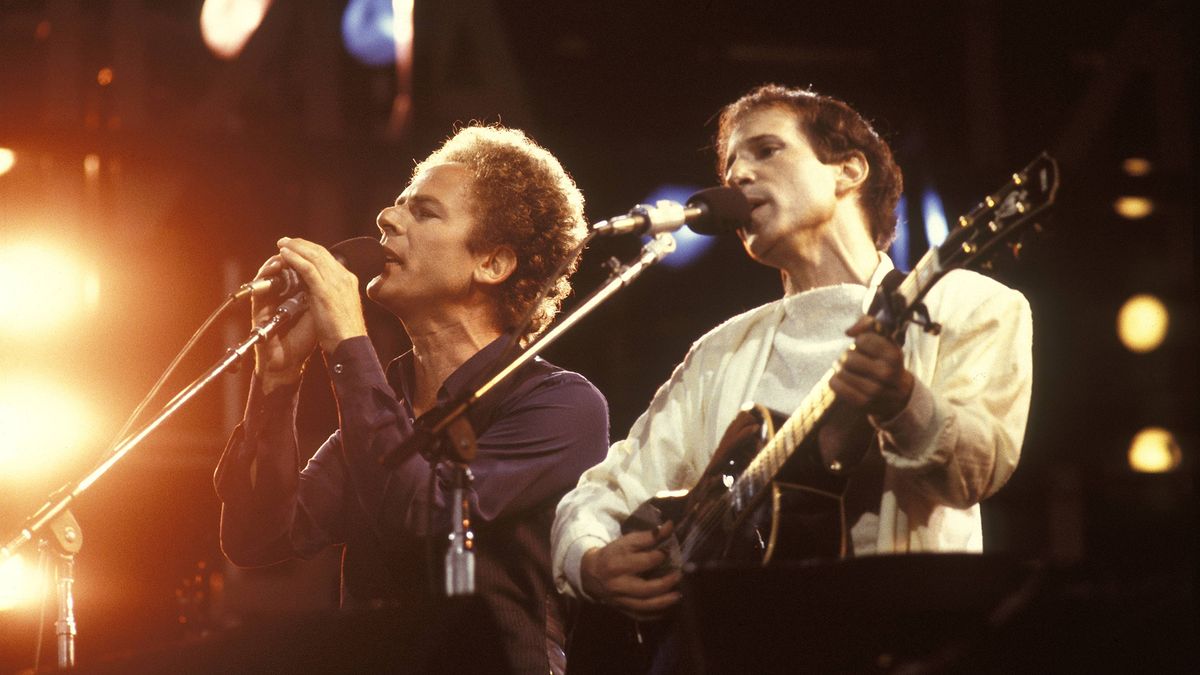 As Simon & Garfunkel, Paul Simon and Art Garfunkel became the darlings of the folk-rock, countercultural movement of the late 1960s, selling millions of albums and performing sold-out shows across the globe. Privately, their friendship would be strained to the point of breaking time and time again as they attempted to forge their own identities, both within the confines of their professional partnership, as well as separate, solo artists.

Their first split was because Simon recorded songs solo, without telling Garfunkel

The duo met in 1953 as music-crazed 11-year-olds in elementary school in Queens, New York. They realized their ability to harmonize during school musical productions and choir, eventually going on to record their voices together before attempting to write their own songs, often in the style of their singing idols such as The Everly Brothers. At age 16, the pair felt emboldened enough to head into a Manhattan studio and record the song, “Hey, Schoolgirl,” which caught the attention of Sid Prosen who ran a small record label called Big Records. Prosen renamed the pair Tom & Jerry and released “Hey, Schoolgirl” as a single.

An appearance on American Bandstand helped promote the record, and the two teenagers were suddenly living the dream, performing on national television alongside Jerry Lee Lewis. “It was an incredible thing to have happen to you in adolescence,” Simon recalled to Rolling Stone. “I had picked up the guitar because I wanted to be like Elvis Presley, and suddenly there I was.”

Reaching number 49 in the charts, the record was a big enough hit for Prosen to ask Simon if he had any songs for follow-up singles. As the guitar-playing songwriter of the act, Simon was thrilled to supply other material, even going so far as to record some songs solo, which he did without informing his professional partner. That choice would lay the groundwork for decades of contention between them. Left out of the decision making, Garfunkel felt betrayed by his friend and not valued as much as songwriter Simon.

“He made a record without telling me,” Garfunkel told The Guardian of the reason behind the duo’s original split. “That was 1956, maybe 1957. He was my best friend and I thought friendship involves candor and telling a friend what’s up, so the fact that he had a hidden surprise shocked and hurt me.” 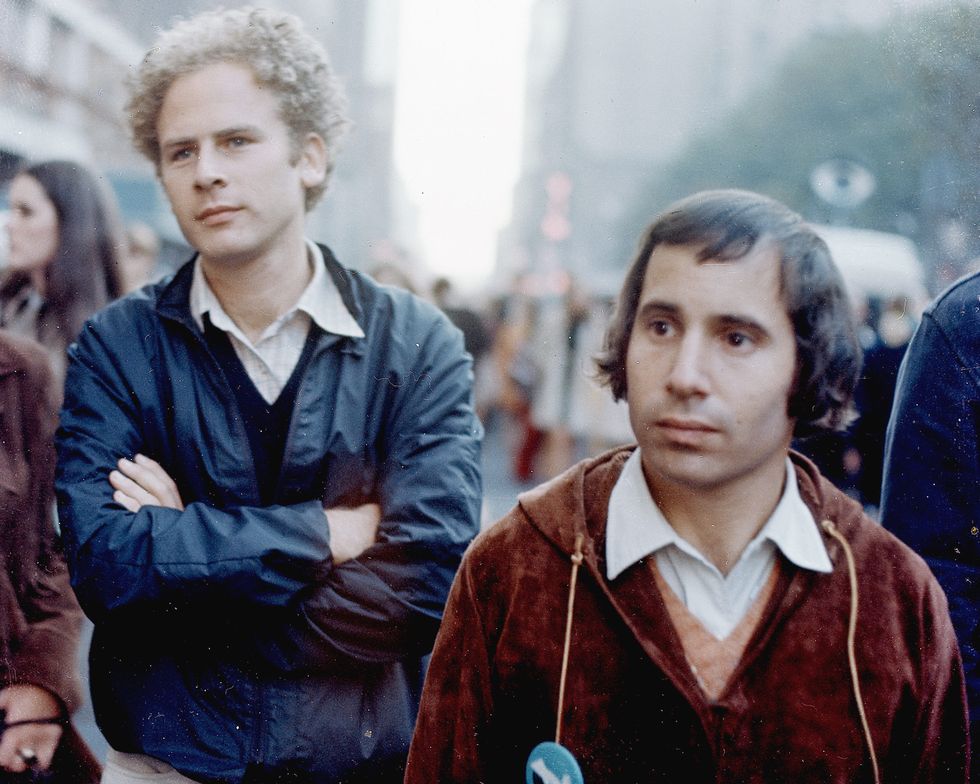 Art Garfunkel (L) and Paul Simon during the filming of a television special called "Songs of America," which aired on November 30, 1969
Photo by CBS Photo Archive/Getty Images)

They reconnected and released some of their most memorable songs, only to break up again

After the Tom & Jerry follow-up singles were only tepidly received, the pair called it quits, headed in separate directions, and would not fully reconnect until the early 1960s. By then Garfunkel was still enrolled in college, having initially studied architecture before earning degrees in Art History and Mathematics Education at Columbia. Simon had graduated from Queens College and was working for a music publishing company while writing and releasing his own music whenever possible. Reunited as friends they explored the burgeoning folk-rock scene, soon began singing together again, and through Simon’s connections landed an audition at Columbia Records where they were signed and renamed Simon & Garfunkel.

Their debut album, Wednesday Morning, 3 A.M., was released in 1964 but didn’t gain traction with audiences until the single “The Sound of Silence” was later overdubbed with electric instruments and drums and charted in the United States and the United Kingdom, eventually going platinum. Four more studio albums would follow: Sounds of Silence (1966), Parsley, Sage, Rosemary and Thyme (1966), Bookends (1968) and Bridge Over Troubled Water (1970), delivering hits including “I Am a Rock,” “The Only Living Boy in New York,” “Mrs. Robinson,” “Homeward Bound,” “Cecilia,” “America” and the titular “Bridge Over Troubled Water.”

Amidst the hit records and live performances, rivalry also flourished. “They both envied the other’s place in the team,” then-manager Mort Lewis says in the biography Paul Simon: The Life by Robert Hilburn. “Paul often thought the audience saw Artie as the star because he was the featured singer, and some people probably thought Artie even wrote the songs. Meanwhile, Artie knew Paul wrote the songs and thus controlled the future of the pair. I don’t think he ever got over what happened with Tom & Jerry.”

Garfunkel had taken an interest in acting and was cast in the Mike Nichols’ movies Catch-22 (1970) and Carnal Knowledge (1971). The films required him to be away for months at a time, leaving Simon to write songs for the now-famous duo and wait for Garfunkel’s return to then record. It was a situation Simon felt unfair and unbalanced, believing Garfunkel more interested in acting than music, and signaled the beginning of the end of Simon & Garfunkel. Publicly they appeared amicable leading up to what would be their final performances as a dedicated duo, two hometown concerts at Forest Hills Stadium in 1970. After the second show, they bid farewell to each other, professionally and personally.

No breakup announcement was made at the time, and according to Simon no real conversation about dissolving the act had taken place between them. “With Artie, there was no reason to talk about it,” Simon said in The Life. “When he agreed to make Carnal Knowledge, something was broken between us. There was no way I was going to change my mind, and I certainly didn’t want to get into a fight about it. I just wanted to move on. We were finished.”

Another attempt at reconciliation was 'torturous'

Politics, of all things, brought them together again in 1972 when they performed in support of Democrat George McGovern’s presidential bid. Garfunkel would later describe the reunion as a “strange, non-experience” to be back performing alongside Simon. “I did think beforehand it would be a kick, some kind of novel experience, and yet after about three bars into the first song I had a very strong feeling, ‘Well, here we are again. This is where I left off,” he told Rolling Stone.

Their estrangement continued throughout the 1970s as both explored other musical styles and interests. By the time Simon asked his old partner to join him for a free concert in Central Park in 1981, tensions appeared to have eased. More than 500,000 people showed up and the live recording of the event would go on to reach number six on the Billboard 200 album charts.

Both believed the intervening years had allowed them enough space to grow as artists, and people. “For a long time, I almost needed Paul to be elsewhere,” Garfunkel told The New York Times of their distance. “He affected me too much, at a time when I really needed to find my own identity. The wish to work together again evolved organically. It was the absence of stuff in the way — your ego, the need for space. I suppose we’d grown up. Paul said, ‘Let’s sing’ and I said, ‘It’s a deal.'”

During the 1970s Simon says they were not only competing against the memory of Simon & Garfunkel but against each other. “It was tense,” he said during the Times interview. “We’ve always been competitive, and we obviously have very different musical tastes. But it’s mellowed in the past few years, and I saw the Central Park concert as a chance to be positive toward each other, to be good guys, and if we were lucky, to be a popular success.”

It was a success and for a time there were plans to record a new album. But their time apart proved stronger than the glow of reunion and old tensions soon arose with Simon describing the unsuccessful album attempt as “torturous.” It would be more than a decade before they would join for a series of New York shows in 1993, but tensions boiled over with reports of arguments and even physical shoving taking place backstage between them.

Simply put, Simon says they 'don't get along'

It would be another decade before they would find common ground again, this time after receiving the Lifetime Achievement Award at the 2003 Grammys, where they performed. The resulting “Old Friends” concert tour spanned 2003 and 2004 as it traversed the United States and Europe, drawing hundreds of thousands of fans.

Simon & Garfunkel would make occasional appearances in the years that followed, but the iciness between the performers appeared only to harden.

While promoting his memoir in 2017, Garfunkel spoke kindly of Simon, describing their relationship as “like a marriage. You know how these things work. It waxes and wanes … and every spring is followed by summer, which is followed by cooler weather,” but added he and Simon were currently in “one of the coolest — no, I would say coldest — periods in this long friendship. There’s a real sense of, I may not hear from him again. And I don’t know if I care.”

Though their legion of fans continue to hope for one more reunion, Simon quashed any such notions when he told NPR in 2016 that Simon & Garfunkel had already done “two big reunions, and we’re done. There’s nothing really much to say. You know, the music essentially stopped in 1970. … I mean, quite honestly, we don’t get along. So it’s not like it’s fun. If it was fun, I’d say, OK, sometimes we’ll go out and sing old songs in harmony. That’s cool. But when it’s not fun, you know, and you’re going to be in a tense situation, well, then I have a lot of musical areas that I like to play in. So that’ll never happen again. That’s that.”