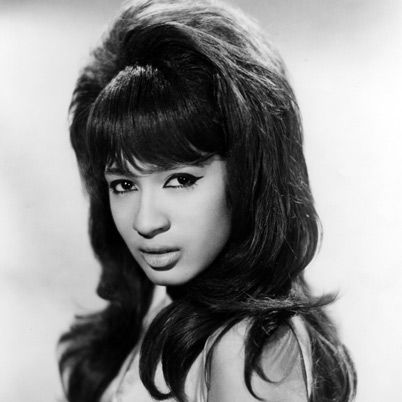 Who Was Ronnie Spector?

Singer Ronnie Spector formed The Ronettes in 1961. The group signed with record producer Phil Spector and produced a number of 1960s hits, including "Be My Baby" and "Walking in the Rain." Ronnie married Phil in 1968, but the tumultuous marriage ended six years later.

Singer Ronnie Spector was born Veronica Bennett in New York City on August 10, 1943. She grew up in Spanish Harlem with her mother, father and older sister, Estelle. The daughter of an Irish father and a mother of African American and Cherokee descent, Spector struggled as a child to reconcile both sides of her mixed ethnic heritage, a rarity for the time period. Her father, Louis, left the family when Spector and her sister were still very young. Eventually, her exotic features, distinct voice and striking beauty would later prove to be a boon for her music career.

As a young child, Spector loved to perform, often arranging the coffee table and chairs in her parents' living room into a makeshift auditorium, climbing atop the table to sing. Spector, Estelle, and their cousin Nedra Talley Ross formed a singing group called "The Ronettes," a hybrid of their three names, and began performing small gigs and local shows around New York, most notably at The Apollo Theater, where they gained some attention as teenagers.

By 1961, the trio had renamed themselves "The Ronettes" and signed with Colpix Records, releasing their first double-sided singles: "I Want a Boy"/"What's So Sweet About Sweet Sixteen" and "I'm Gonna Quit While I'm Ahead"/"My Guiding Angel." They found little success with Colpix, however, and continued to perform in clubs as dancers, eventually getting a steady gig dancing at the Peppermint Lounge on 46th Street. They were still underage and took to stuffing their bras and wearing heavy makeup in order to look older. There they were discovered by DJ Murray the K, who booked them to perform weekly at his Brooklyn Fox Theater's Rock 'n' Roll Revue.

By 1963, the girls had still not found much success with Colpix and made a bold move: They cold-called the legendary producer Phil Spector at Mirasound Studios; struck by their moxie, he agreed to audition them. Phil Spector was well known by that time for his "wall of sound" technique, an overdubbing vocal/orchestral effect that he used throughout the 1960s to produce some of the greatest rock hits of the decade for bands such as The Righteous Brothers, Tina Turner and The Beatles. As Ronnie Spector later recalled, her voice was perfect for this technique because of its distinct sound: "Phil won the lottery when he met me, because I had a perfect voice. It wasn't a Black voice; it wasn't a white voice. It was just a great voice. His whole life has been me."

Phil signed the Ronettes immediately and became their sole manager and producer, writing singles for them throughout the 1960s, such as the megahit "Be My Baby" as well as "Baby I Love You," "I Wonder," "The Best Part of Breaking Up" and "Walking in the Rain." By 1964, the Ronettes were traveling to England under Phil Spector's careful watch, where they befriended and performed with two all-male rock groups who would define the decade: The Beatles and The Rolling Stones.

Over the next three years, the Ronettes cultivated an image modeled on the streetwise women of their Spanish Harlem roots. Spector in particular is now known as "the original bad girl of rock n' roll"—she and her band mates wore dark mascara and short skirts, which pushed the envelope at that time.

Phil ultimately produced 28 separate hit singles for The Ronettes under his Philles Records label and the act toured the world, joining the Beatles at the band's personal request for their final U.S. tour in 1966. The Ronettes also played at Army bases for American soldiers stationed abroad, famously sending soldiers into a frenzy over their provocative outfits and sexy performances. As Ronnie Spector later recalled: "For three years, 1963 to 1966, we had the best times getting ready to go on stage… our dresses slit up the side… our beehives sprayed with Aquanet… the excitement from the crowd when we would walk out on stage. I always said we weren't better, just different."

However, by the end of 1966, Phil's career had begun to decline after a disappointing string of records failed to sell big. The Ronettes dissolved when their producer fell into early retirement.

This was not the end for Ronnie, however, whose troubles were only just beginning. Ronnie and Phil had fallen in love while working together; the two finally got married on April 14, 1968, and she immediately moved into his Los Angeles mansion. But Phil was heading in a dark direction as his career flat lined. As he sank deeper into an ever-worsening depression, symptoms of severe bipolar disorder began to flare. (In 2009, Phil was convicted of the 2003 murder of actress Lana Clarkson.)

Though Ronnie remains reluctant to this day to talk about the terrifying six-year marriage that sometimes resembled a horror film or psychological thriller, she wrote about it in a tell-all memoir called Be My Baby: How I Survived Mascara, Miniskirts, and Madness, or My Life as a Fabulous Ronette. The memoir described in painful detail the extent of Phil Spector's tyrannical control over her life. He forbade her to speak to The Rolling Stones or Beatles for fear that she would cheat on him, kept a glass coffin in the basement and threatened to kill her if she ever left him. She was locked inside the mansion at all times, her shoes taken away so she couldn't go outside. Phil made her drive with a life-size blow-up doll of him on the rare occasions she was permitted outdoors.

During her virtual imprisonment, the couple adopted a mixed-race child named Donte, who was also subject to his father's vicious behavior. The boy later said that he was often kept locked in his bedroom with a chamber pot for a toilet in a corner of the room. Phil Spector also adopted twin boys without consulting his wife.

Ronnie became increasingly depressed and turned to drugs for respite, leading to more than one close brush with death and suicide. Despite numerous attempts to get sober, she found herself in the hospital over and over again, even trying to overdose just so she could rest in the hospital away from her husband's madness.

Somehow, during this period she also managed to produce one record with The Beatles, the single "Try Some, Buy Some" written by George Harrison. It was a moderate success but did not revive her career the way she had hoped. After returning to the United States from the recording sessions in England, she tried to get away from Phil Spector several times, but it was not until 1972 that she finally broke out of the house, taking Donte with her and leaving all her personal belongings behind. She said in a later interview, "I knew I was going to die there… I don't know much else, but I can tell you that. I knew in my heart." She never returned. In 1974, she secured a legal divorce.

After her marriage ended, Spector tried to revive her career and get her life back on track. In the early and mid-1970s, Ronnie Spector briefly reformed The Ronettes with new singers and toured with Bruce Springsteen and the E Street Band. She released one single called "Say Goodbye to Hollywood," written by Billy Joel and backed by Springsteen and the E Street Band. However, she still could not find anything close to the level of success she had enjoyed in the 1960s.

By 1978, the years of terror were over and she moved past Phil Spector for good when she met a theater worker named Jonathan Greenfield; his support and friendship quickly blossomed into love. The two married in 1982, had two sons together, and are still married to this day.

In 1986, Spector signed a new deal with Columbia Records in 1986 and released an album called Unfinished Business. She followed that with the critically acclaimed She Talks to Rainbows, a 1999 set produced by her good friend Joey Ramone, who provided support as she recovered from her traumatic marriage. Spector continued to tour through the end of the 1990s, trying to show the younger generation how the original rock 'n' rollers did it: "I know I'm doing San Francisco, all the 'in' places, you know. A lot of college stuff, so kids can see what rock 'n' roll was really about. I think God saved me so I can show the kids what it was really about in the '60s."

In 2003, the original Ronettes sued Phil Spector for withholding royalties he owed them for their songs, winning a $3 million settlement. In 2007, the band was inducted into the Rock and Roll Hall of Fame.

Ronnie Spector and The Ronettes will always be remembered for perfectly capturing the explosive intersection of girl power, teen angst, and social freedom of the 1960s. She died on January, 12, 2022 after a battle with cancer.