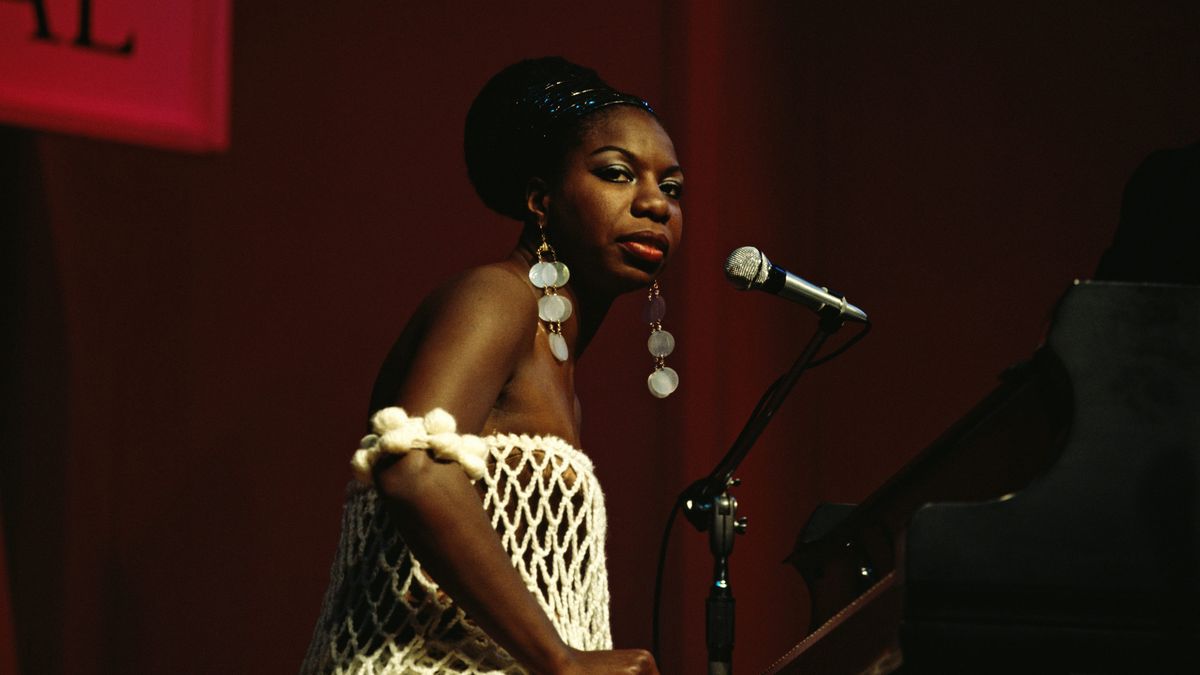 A classically trained piano prodigy, Nina Simone blended musical genres to become one of the most respected musicians of the 20th century. Her shift to music that expressly demanded equality for Black Americans made her a hero to some—and an enemy to others. Despite this, Simone remained steadfast in her beliefs, leaving behind a lasting musical and social legacy.

Simone experienced the sting of racism at an early age

Nina Simone was born Eunice Kathleen Waymon in February 1933, in Tryon, North Carolina, the sixth of eight children. Her mother was a Methodist minister and part-time domestic worker, and her father, himself an entertainer, supported his family working a number of jobs. Exposed to the music of her mother’s church while a toddler, Simone was accompanying her mother’s sermons by the age of 3. At the age of 5, she began taking piano lessons—paid for by one of her mother’s white employers—with a local teacher who introduced her to classical music.

Simone would later write in her autobiography that her family rarely discussed race at home and that she had grown up in a relatively integrated town. But she was not immune to the degradation and cruelty of the Jim Crow South. One incident occurred during a recital when she was 11. When her parents were forced to give up their front row seats to a white couple, Eunice stood her ground — refusing to play until her parents were returned to the front row. The pain of that moment was a revelation of sorts, and she later wrote that she felt “as if I had been flayed, and every slight, real or imagined, cut me raw. But, the skin grew back a little tougher, a little less innocent, and a little more Black.”

She shied away from politics early in her career

After graduating from high school, Simone spent a summer at New York’s Juilliard School, preparing for her ultimate goal, admission to the prestigious Curtis Institute of Music. She was so certain of acceptance that her parents moved to Philadelphia to be closer to her dream conservatory. She was crushed when the program rejected her, and for the rest of her life believed that race had played a key role, saying “I knew I was good enough, but they turned me down. And it took me about six months to realize it was because I was Black. I never really got over that jolt of racism at the time.”

Desperate for work, she took a job as a pianist in Atlantic City, changing her name to Nina Simone so that her disapproving parents wouldn’t know she was working in nightclubs. An early employer would only hire her if she agreed to sing, as well as play piano, and she began a period of musical reinvention, combining her deep love of classical music with jazz, swing and popular music of the era. But as she began to build her career, she consciously avoided racism, sexism and other politically charged topics in her music. And she seemed dismissive of the folk and protest music that had become the soundtrack to the early civil rights movement.

But if Simone avoided politics onstage, she was becoming increasingly political offstage. While living in New York City, she had befriended Black cultural leaders and writers like James Baldwin, Langston Hughes and Lorraine Hansberry. Simone and Hansberry quickly formed a close bond, and the playwright, whose “A Raisin in the Sun” had explored the difficulties of Black life in 20th century America, became a teacher of sorts. As Simone later wrote, “We never talked about men or clothes. It was always Marx, Lenin and revolution — real girls’ talk.”

On Sunday, September 15, 1963, a bombing by white extremists at the 16th Street Baptist Church in Birmingham, Alabama, killed four young Black girls attending Sunday school. Simone, preparing for an upcoming series of club dates, was heartbroken — and incensed. She later admitted that her first instinct was violence. “At first I tried to make myself a gun. I gathered some materials. I was going to take one of them out, and I didn’t care who it was,” she later said. But at the urging of her then-husband, she fueled her anger and grief into music. In under an hour, she wrote one of her most famous songs, “Mississippi Goddamn,” whose title was inspired, in part, by the assassination of civil rights leader Medgar Evers in the state earlier that summer.

The song’s upbeat tempo did little to temper the intensity of the song’s lyrics, which attacked the slow pace of racial justice in America, and the continued, centuries-long oppression of and violence against Black Americans. She would revisit and revise the song’s lyrics in the coming years to incorporate later incidents of racial injustice in cities across the country.

Reaction to the song was mixed. Many of the primarily white audiences Simone initially performed in front of seemed uneasy or didn’t grasp the severity of the situation she described. Others, particularly in the South, had a much more visceral reaction. There were protests, the song was banned in several states and there were numerous instances of people destroying copies of the record itself.

Many African Americans applauded Simone for giving voice to their pain and anguish. As comedian and activist Dick Gregory later said, “If you look at all the suffering Black folks went through, not one Black man would dare say ‘Mississippi Goddam.’ We all wanted to say it. She said it.” The song struck a chord—especially with organizers, both Black and white, who flooded Mississippi the following year to lead a Black voter registration drive, known as the Mississippi Freedom Summer. 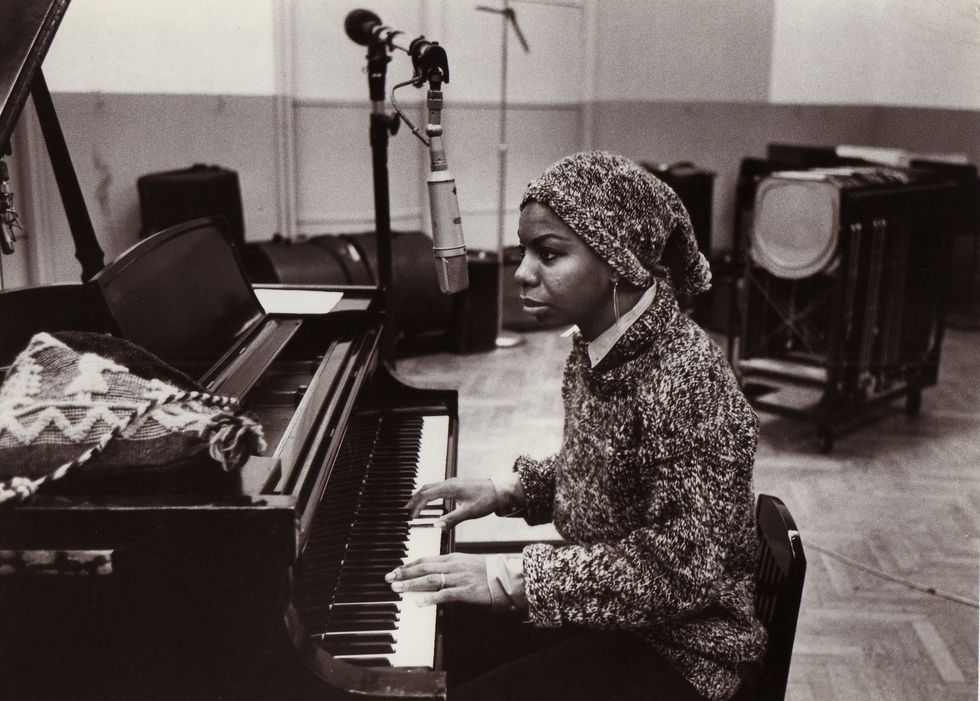 While many civil rights leaders supported the more cautious, integrationist and non-violent approach of Martin Luther King Jr., Simone’s political leanings were more aligned with those calling for a more extreme response. She met Dr. King for the first time in 1965, after performing for marchers making their way from Selma to Montgomery, Alabama—many of whom had been brutally assaulted just a few days earlier during the infamous “Bloody Sunday.” Simone was vocal in her doubts about his more moderate approach, only to be reassured by an understanding King.

She was a supporter of Malcolm X, and though she never met him, she would later become neighbors and friends with his wife, Betty Shabazz, while living in Mt. Vernon, New York. Her work was praised by other radical Black leaders, including Stokely Carmichael, who had split with more moderate civil rights groups in favor of Black nationalism, giving rise to the “Black power” movement. Simone embraced a new personal style as well, wearing her previously straightened hair in a more natural Afro style and adopting a new Afrocentric wardrobe as well. Always self-conscious of the particular barriers faced by darker-skinned Black Americans like herself, she wrote songs challenging these notions, including 1966’s “Four Women,” which depicted the effect of stereotyped “colorism” on Black women. Some Black radio stations refused to play the song, reflecting the division between Black Americans themselves over the issue of civil rights, and deeply wounding Simone.

She suffered personal and professional setbacks

While she had never been a chart-topping artist, Simone built a very successful career, which began faltering in the late 1960s as some audiences and music executives balked at what they saw as her strident and angry music and persona. A violently turbulent marriage and increasing mental health issues (including then-undiagnosed bipolar disorder) took their toll as well. So did the 1965 death of Hansberry at the age of 34, and that of Dr. King, in 1968.

Though she had differed with him on tactics, she was deeply affected by his death. The following summer, she honored both Hansberry and King during her performance at the Harlem Cultural Festival. She played a song in memory of King written by her bass player, and turned parts of an unfinished Hansberry play into a new song that would become a civil rights anthem, covered by Aretha Franklin and others, “Young, Gifted and Black.” The performance also included a section where Simone, unwavering in her determination to improve the lives of Black Americans, exhorted the audience to use any means necessary—even violence—to achieve their goals.

That same year, during an appearance on the PBS newsmagazine, Black Journal, Simone noted, “An artist’s duty, as far as I’m concerned, is to reflect the times. That to me is my duty. And at this crucial time in our lives when everything is so desperate, when every day is a matter of survival, I don’t think you can help but be involved."

She lived her final decades abroad

In 1974, following years of battles with the IRS over back taxes (she had refused to pay, in part, to protest the Vietnam War) and with her recording career on the slide, Simone left America. She lived in Liberia before settling in France, where her tryingfinancial and emotional difficulties worsened. She grew increasingly disenchanted with the state of race relations in the United States, lamenting the loss of prominent civil rights leaders and what she considered the movement’s decline.

Despite a brief uptick in interest in her music in the decade before her 2003 death, Simone’s legacy, as both a musical artist and a civil rights pioneer, was often left out of the history books. In more recent years, her contribution has been reappraised, with a flood of books and documentaries showcasing both her incomparable talent and contribution to the struggle for racial and gender equality. As she noted in her memoir, “When I go, I’m going to know that I left something for my people to build on. That is my reward.”