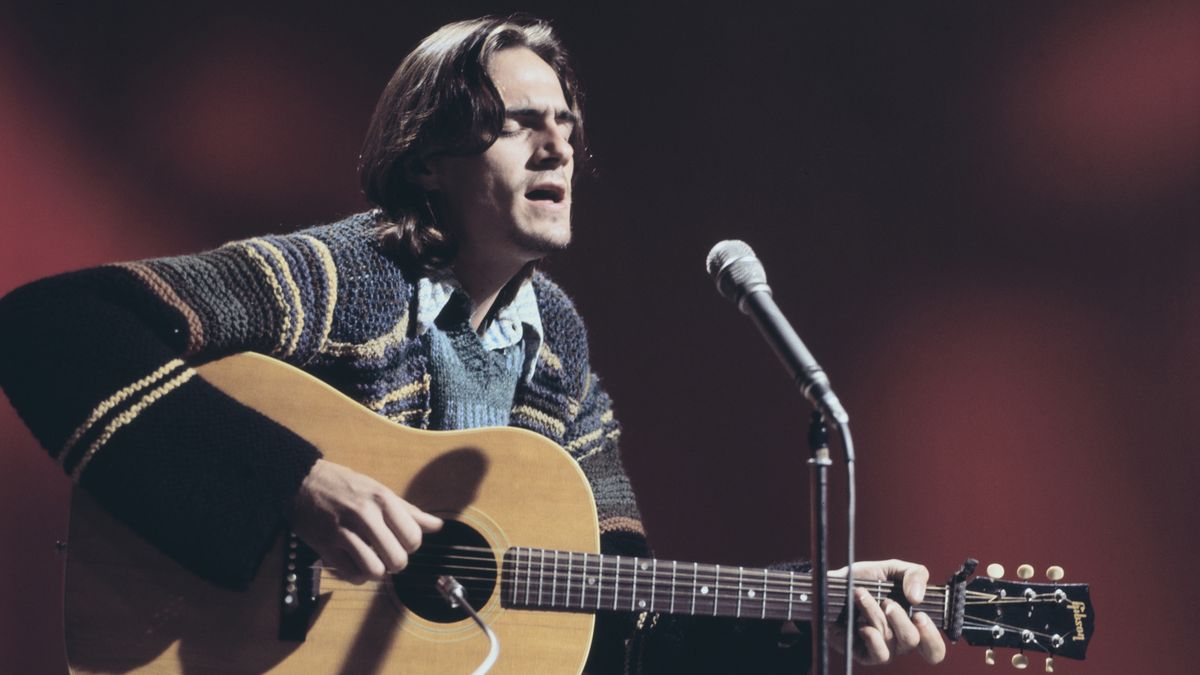 James Taylor was only 22 years old when he achieved breakout success as a singer-songwriter, but he’d already experienced the sort of pain, frustration and sublime thrills of someone twice his age. Fittingly, the song that launched him to stardom, the 1970 single “Fire and Rain,” summoned and encapsulated the tragedies, setbacks and struggles that had marked his life to that point.

Along with his finger-picking guitar work and sweet, soothing voice, Taylor is known for his immensely personal lyrics, which often juxtaposed the music to which they were set with tales of sadness, heartbreak and depression. “Fire and Rain” was the epitome of Taylor’s from-the-heart lyrical style, and to understand what he’s singing about, it’s imperative to know a bit about his early life and career.

Taylor struggled with his mental health as a teenager

Though a bright student, Taylor was plagued by depression, which was exacerbated by family turmoil and instability. By 15 years old, he’d already begun performing music in coffee shops and other small venues in his native Massachusetts and adopted home of North Carolina, showing flashes of his genius, but he was having trouble keeping his head above water at school.

“My folks were educated people, and they had expectations. I assumed it meant finishing school, finding a career, probably an academic one,” he told the Chicago Tribune many years later. “But my family fell apart (through divorce), and I fell apart. It was mysterious to me why. I had no expectations of what would happen to me."

Flailing in school, Taylor dropped out his senior year and instead checked himself into McLean, a psychological hospital of great renown in Massachusetts. He spent the end of 1965 and much of 1966 in recovery at the facility before checking himself out after nine months and went up to New York’s East Village to begin his musical career. 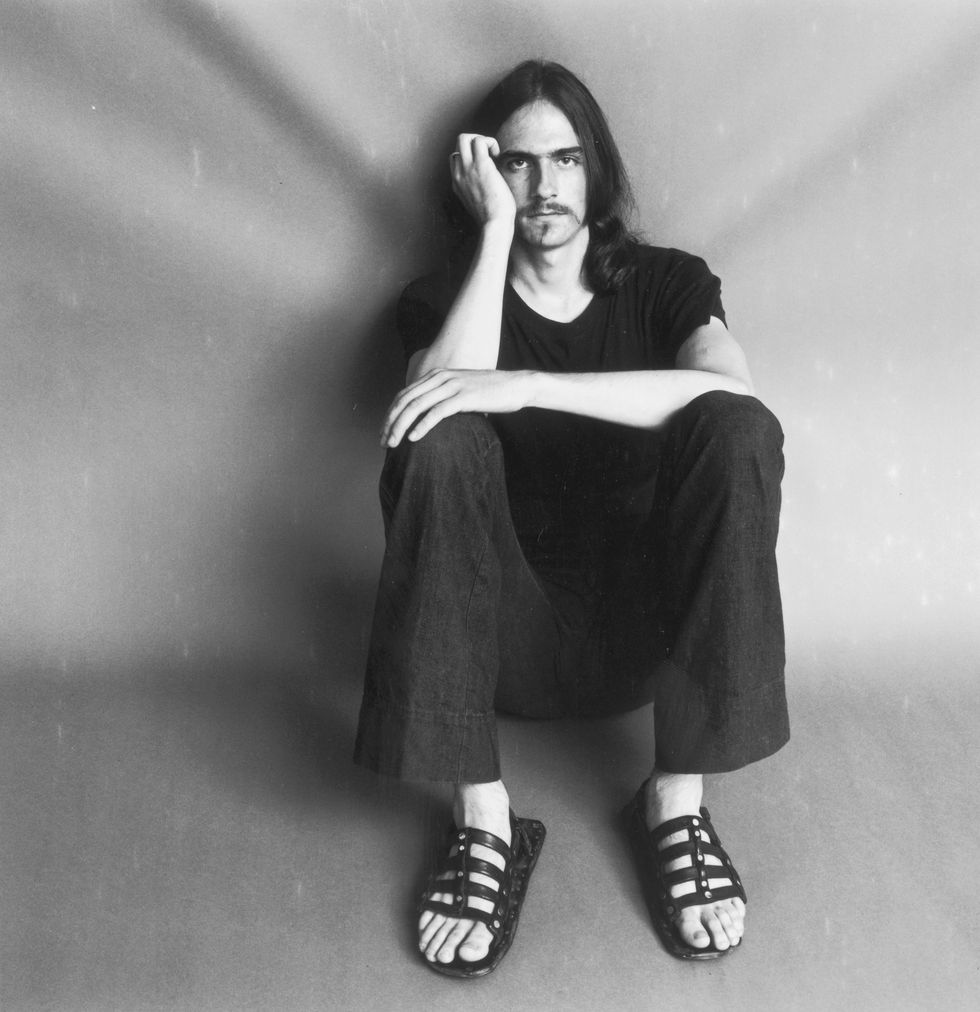 The next few years were a whirlwind for Taylor. In New York, he plugged into the Village music scene, where cafes overflowed with musicians and low-rent apartments were infested with drugs. Taylor plunged headfirst into both of them, forming a band called vThe Flying Machine and falling in with heroin addicts.

“The drummer from my band, The Flying Machine, was a heroin addict,” Taylor told Oprah Winfrey in 2015. “It was a matter of time before I got my first taste. And I was gone. As soon as I was introduced to opiates, I was gone.”

It turned out that Taylor’s family had a long history of addiction, especially to opioids, and even at one point owned a sanitarium dedicated to helping people kick the habit. It was a dark time — The Flying Machine’s album never made it past demo tapes and Taylor, strung out and dependent on drugs, wound up being whisked back home to North Carolina, where he’d check into rehab. This began a multi-year cycle of recovery and relapse, with Taylor deciding to get high as his career began its ascension, as well.

“People argue about substance abuse and whether or not addiction is genetically predisposed,” he later reflected. “I think it probably is. There’s definitely that gene in my family. Whether it’s nature or nurture, we tend to be addicted.”

After rehab, Taylor moved to England, set up his own little recording studio, and then scored an audition for The Beatles’ new record label, Apple Records. He earned a contract and spent plenty of time at the studio, recording at the same time that The Beatles were putting down the White Album. The flow of creativity was rivaled only by the flow of drugs; Taylor had access to plenty of cheap heroin in London, and he eventually returned to the United States with a modestly successful debut self-titled album and another serious drug habit.

It was a chaotic, productive and shambolic 1968, and it set the stage for another year of highs and lows that would ultimately lead him to “Fire and Rain.” 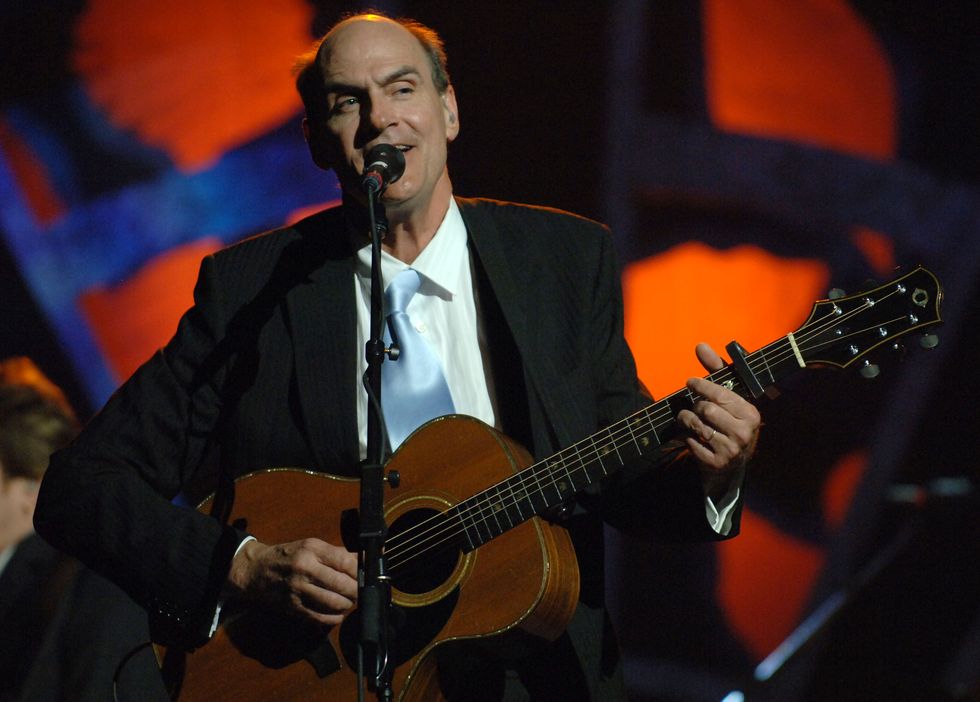 James Taylor in 2006; Photo: KMazur/WireImage for The Recording Academy

The song's verses each detail a hardship in Taylor's life

When Taylor got back from London, he played major festivals, garnered modest acclaim, and then promptly hit the skids again when he crashed his motorcycle. That fall, he moved in with his then-girlfriend Joni Mitchell in Los Angeles but soon checked in to rehab once again. His stay wound up being remarkably productive, even if he didn’t fully shake his addiction to heroin.

It was in rehab that Taylor wrote a majority of his second album, Sweet Baby James, including that first smash hit.

The song has three verses, each detailing a hardship or sad moment in his life. The opening lines, “Just yesterday morning they let me know you were gone/Suzanne the plans they made put an end to you,” referred to a friend named Suzanne Schnerr, who he knew during his time in New York. They were close pals for a while, riding the ups and downs of the music scene and heroin, and a few years after he left the city, Schnerr wound up taking her own life.

"At the time, I was recording in England with The Beatles, and my friends had sort of kept the information about this death from me because they thought, you know, `This is a crucial time for him, he's doing his work, and we don't want to upset him or bring him down,’” Taylor told NPR years later. “So my friend Richard Corey told me about it, but he had known about it for a month or so before he mentioned it to me. So that's where 'they let me know you were gone' comes in."

In an interview for a biography published in 2001, Taylor said that he didn’t find out about Schnerr’s death until six months after she took her own life. The news hit hard, contributing to an anxiety and unease that fed into the heroin habit he was trying to kick when he wrote the song. That addiction informed the second verse, where he sings, “Won’t you look down upon me, Jesus / You’ve got to help me make a stand / You’ve just got to see me through another day,” putting out a call for help as he struggled through withdrawal.

Similarly, the third verse takes inspiration from his time at McLean and the pain that came with the failure of The Flying Machines, which he slyly name-checks near the end, singing, “Sweet dreams and flying machines in pieces on the ground.”

The song was laid down in the studio in late 1969 and released as the first single on Sweet Baby James when it came out in 1970. It became his calling card, a deeply personal track that seemed to connect with everyone. It hit number three on the Billboard charts and has been covered more than 80 times, including by some of the most prominent musicians of the 20th century. Taylor himself played it at President Barack Obama’s second inauguration.