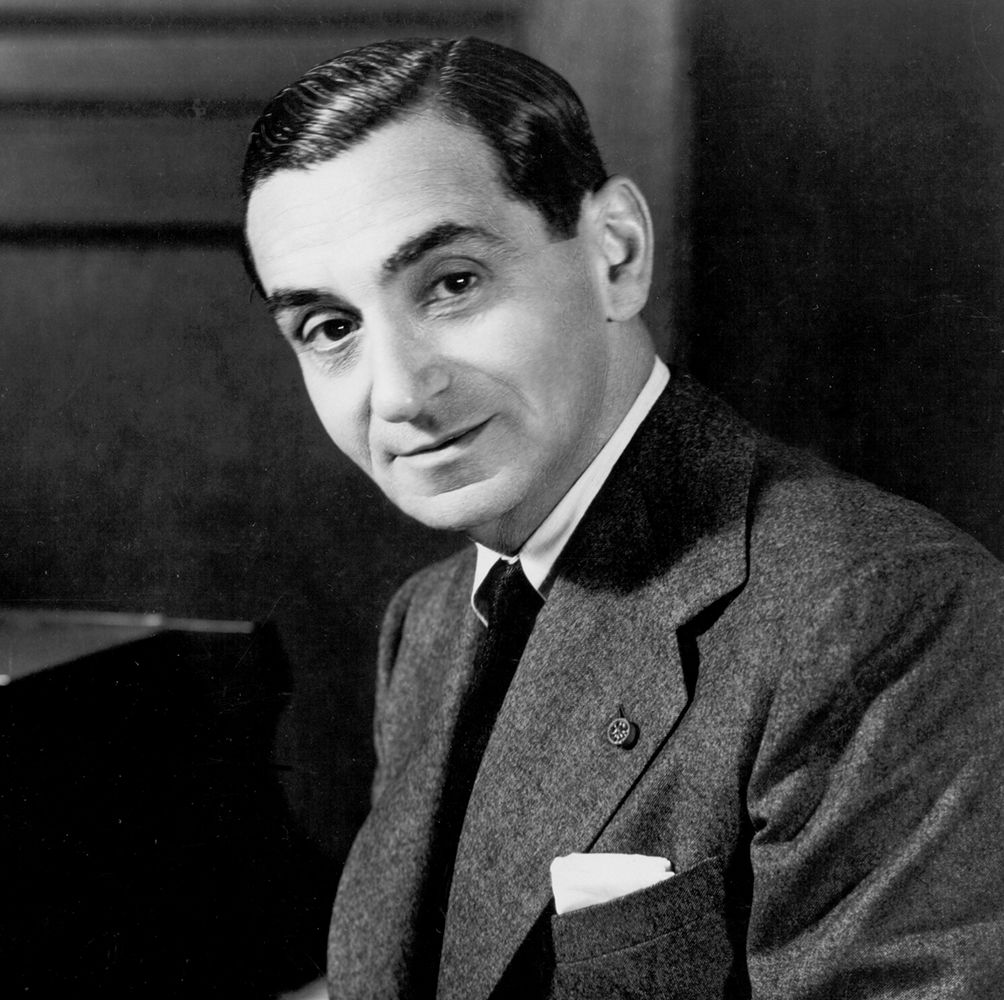 Who Was Irving Berlin?

Irving Berlin was born in Russia in 1888 and immigrated to New York as a child. He would become one of the most popular songwriters in the United States, with hits like "Alexander's Ragtime Band," "What’ll I Do" and "White Christmas." Berlin's film and Broadway musical work included Puttin’ on the Ritz, Easter Parade and Annie Get Your Gun.

Irving Berlin was born Israel Baline on May 11, 1888, in the village of Tyumen, Russia. His family fled to escape the region's persecution of the Jewish community and settled in New York City in the mid-1890s. As a teen, Baline worked as a street singer, and by 1906 he had become a singing waiter in Chinatown. His first published tune was 1907's "Marie From Sunny Italy," with Nick Nicholson penning the music. As the lyricist, Baline's name was misspelled as "I. Berlin" on the sheet music. He decided to keep the name, becoming Irving Berlin.

A few years later, Berlin would become a lyricist for the music publishing company Waterson & Snyder. He released a major hit in 1911, "Alexander's Ragtime Band," earning the nickname "King of Tin Pan Alley." Berlin was diligent in his writing efforts and was self-taught as a pianist, never learning how to read music and playing in the key of F-sharp, working with a special transcribing keyboard and assistants to explore other keys. Nonetheless, by the second decade of the 20th century, he had dozens upon dozens of songs under his belt.

Berlin started writing musicals by this time as well, having his Broadway debut with Watch Your Step in 1914. Berlin became a U.S. citizen in 1916 and, upon serving in World War I, penned the musical Yip! Yip! Yaphank! as an Army fund-raiser.

Berlin had wed Dorothy Goetz in 1912, but she died months after their honeymoon after contracting typhoid fever. His sorrow was heard in his popular ballad "When I Lost You." Years later, in 1925, he fell in love with heiress Ellin Mackay. Her father was against the courtship and sent Mackay away to Europe, during which time Berlin wrote beautiful tunes of yearning that included "What'll I Do" and "Always." Upon her return to the States, the couple eloped. They would have four children and be married for decades, until Mackay's death in 1988.

With his Broadway collaborator Victor Herbert, Berlin became a charter member of the American Society of Composers, Authors and Publishers in 1914. And in 1919, Berlin founded the Irving Berlin Music Corporation, which gave the musician full control of his copyrights.

"White Christmas" and "Cheek to Cheek"

Berlin would go on to compose more than 1,500 songs and score dozens of musicals and films. Among his best known big-screen works were Puttin' on the Ritz (1929), Alexander's Ragtime Band (1938), Easter Parade (1948) and three Fred Astaire and Ginger Rogers films, including Top Hat (1935), which featured "Cheek to Cheek," and Follow the Fleet (1936), which featured "Let's Face the Music and Dance." 1942's Holiday Inn showcased Bing Crosby singing "White Christmas," which would become the highest-selling tune in history.

A Smash With Ethel Merman

Berlin shaped patriotic fervor as well with his composition of "God Bless America," first sung by Kate Smith in 1938 and becoming an "unofficial" national anthem of the United States. After the war, Berlin struck Broadway gold again with 1946's Annie Get Your Gun, inspired by the life of Annie Oakley. The smash musical starred Ethel Merman and featured a slew of popular songs like "Anything You Can Do I Can Do Better," "I Got the Sun in the Morning" and "There's No Business Like Show Business." Berlin had another hit with Merman with the 1950 musical Call Me Madam, which was also turned into a 1953 film.

Berlin would ultimately be nominated for nine Academy Awards with seven nods in the song category, winning in 1943 for "White Christmas." Many of Berlin's songs became popular hits and are considered part of the standards canon, having been covered by a multitude of artists who include Shirley Bassey, Nat King Cole, Diana Krall, Willie Nelson, Linda Ronstadt, Frank Sinatra and Nancy Wilson.

After crafting the 1962 musical Mr. President, Berlin retired, spending ample time in his Catskill Mountains home and eventually withdrawing from public appearances. Nonetheless, he continued to receive accolades and an outpouring of praise for his magnificent contributions to the musical landscape. He died in New York City on September 22, 1989, at the age of 101.